With nearly 30,000 deaths and 1.7 million cases overall, the pandemic has crippled The Philippines’ economy over the past year, and it shows in our exclusive ranking of the top 100 brands in the Philippines (part of our Asia's Top 1000 Brands research).

Last year's listing saw consumption brands stagger, as consumers snapped their wallets shut and protected incomes as cases spiralled and the economy tanked. A year on, with few signs of a concrete recovery, Filipinos have gotten accustomed to being homebound and brands aiding a locked-down life have prospered. Leading the way is CDO, the packaged-foods firm, which has registered a massive 355-place jump this year, landing at 14th. Other brands that helped consumers stay connected and comfortable, including fintech platform Gcash, Netflix, Twitter and delivery services such as Foodpanda also benefited from consumers hunkering down.

For the record, the top 10 brands in The Philippines was topped again by Samsung, while at the bottom Google, Colgate and Starbucks, all kept their places at 8th, 9th and 10th place. While Nestle fell by five places at the top of the pile, Banco De Oro, which climbed 11 places from 23rd to 12th, could give an established top order a run for their money next year.

CDO, a 46-year-old provider of a range of fast food, has been busy over the past year. It has launched a new brand identity and a delivery service while also supporting the country’s faltering vaccination programme. It has sought to keep pace with the market flux while also adding lustre to itself as a responsible brand. 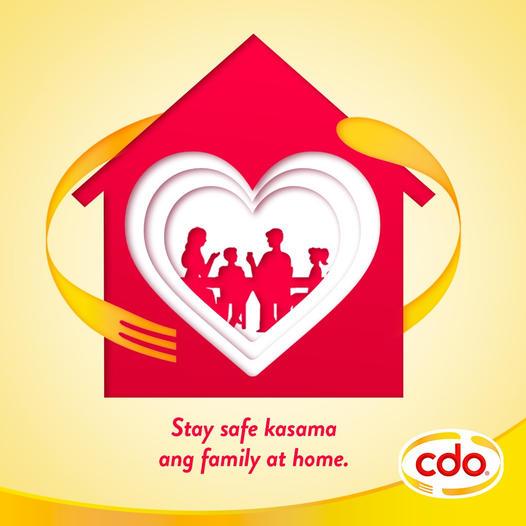 “The brands that stood out offered their support in two ways,” says Earl Javier, planning director at McCann Worldgroup Philippines. “First, by offering tangible practical help...and by finding relevance with new consumption occasions and how everyday life routines have changed, brought about by the pandemic.” Brands, he adds, have found ways to ease the struggle of consumers by providing new services like new delivery and pickup options.

Juan Manuel De Borja, strategic planning director at Grey Philippines, meanwhile, contends that after a year staying alive through some of the strictest lockdowns, Filipinos in 2021 sought to do more than just survive. “They need their homes to take on the roles other spaces were responsible for in pursuing a well-rounded life in this environment,” he says.

Netflix is a case in point. Already a favourite with homebound consumers, the streaming service has tweaked its content and offerings for the market, culminating with the release of the Philippine-produced animated film Trese in 2021. Right at the bottom of the top 100, EQ, the disposable diapers brand has risen 40 places to sneak in at 98 and Japanese consumer tech giant Toshiba has risen further, by 51 places to reach 98.


The surge of interest in this segment is visible elsewhere too. For example, delivery brands and fast-food labels have both benefited over the past year. One of the biggest winners, for instance, has been Foodpanda, which has rocketed to 29th place in the listing this year. Other brands that have enabled or benefited from remote transactions—such as fintech platform Gcash (24th) and ecommerce platform Shopee (20th)—have also benefited.

Visa estimates that the pandemic accelerated the country’s adoption of cashless payments by about four years. Fintech brands Paymaya (which didn't make the top 100) and Gcash have become essentials for many Filipinos, and it’s probably no coincidence that after 17 years, Gcash became profitable just this June. As recently as February, the company had expected profitability “to be a few years away.” It isn’t just companies with a physical presence that have benefited from this shift, contends Grey’s Borja. He points to Swedish home products giant Ikea, which, although not among the top 100, has seen a surge of interest even though it has no physical store in the market.

The brand recently opened registrations for a membership club through its website. Ikea was ready and prepared for an ambitious 100,000 signups in the first 24 hours, but its website crashed when an unexpected 100,000+ Filipinos tried to sign up in the first few minutes.

Filipino consumers’ tilt towards convenience is seen in other segments too. Rather than rely on public transport to get around—albeit between rolling rounds of lockdowns and restrictions—they seem to have boosted the fortunes of car brands and rental services this past year.

According to this year’s listing, Japanese giant Toyota has risen from 81st to 55th and Easy Taxi has jumped from 86th to 55th. Elsewhere, car rental services Nissan Car Lease and Manila Rent a Car have risen 30 and 57 spots, respectively.

As they have ridden this wave of convenience, brands have also sought to use this time to show solidarity with Filipino consumers stuck at home and battling for vaccines. JC Catibog, CEO of Dentsu Philippines, points to how QSR giants Jollibee and McDonald’s posted collaborative materials featuring service crews from both brands. Coca-Cola and Pepsi did something similar.

“The brands come together…not to disparage each other but to show how solidarity can be shown during these trying times,” he explains. “This embodies the call unity for the whole country to uplift morale and provide hope that we can overcome the challenges of the pandemic.”

As this market has put convenience at the top of list of considerations, brands focused on other segments have faded. Consider the fortunes of Dove, the personal-care label from Unilever, which has slipped 37 places in this year’s listing; Bench, the online apparel retailer, which has slumped 17 places; and Wilkin’s, which fell a 51 places. The sharpest fall was for Del Monte, which tumbled from 12th last year to 99th in 2021.