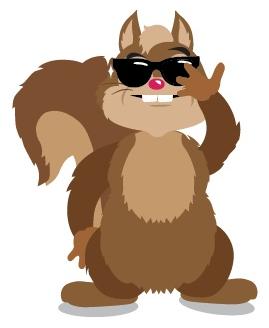 As the pandemic wore on this year, Asia's creative community continued to deliver the goods despite the often difficult circumstances they had to contend with. A lot of work came to our attention, and much of it was pretty great. Our chief campaign critic Ad Nut (right) wrote about nearly 200 campaigns this year, and our human editors also did their part. More than in past years, the ratio of positive to negative writeups skewed toward raves rather than rants. We'll get to the rants (of which there were still plenty) tomorrow. Today we're highlighting the cream of the year's crop: The 10 campaigns that we found most worthy of praise. Finalising the top 10 was exceedingly difficult, so at the end, you'll also find 15 honourable mentions.

With help from Dutch Mill Group and Wunderman Thompson, more than 200 micro retailers got a chance to star in their very own ads and enjoy higher revenue.

It works for the brand. It works for the shops. It shows how much the brand values its retail network. It celebrates the everyday people who are the backbone of any economy. And it reflects well on the agency for crafting such a great concept, which perfectly blends business and human concerns. In a world full of avarice and an industry infamous for empty gestures, this is a shining example of what happens when you let actual concern for other beings guide your work. Ad Nut might cry.

But don't worry, it's not an invasion of privacy. It's a two-minute, single-take TVC that leads off a new campaign by BBH for Singapore insurer NTUC Income.

The film isn't just about the abilities of the drone pilot; the team managed to get human warmth into the footage as well. Ad Nut was particularly tickled by the streaming incident that takes place at the 54-second mark and appreciated the inclusion of what appears to be an interracial same-sex couple rolling a pineapple into their new home at 1:10.

3. This film about a dancer will make your heart soar

'The dancer', from BNZ and Colenso BBDO is a gorgeous film for anyone who's ever felt isolated and then found their tribe.

While it could just as well be promoting mobile-phone service rather than a bank, the film is, Ad Nut is sure we can all agree, stunningly beautiful, on multiple levels. The cinematography. The scenery. The depiction of isolation. The gracefully concise storytelling about a sensitive soul who's ridiculed for loving something those around him just don't get. His brave resolve to pursue his passion regardless of what they think. The glorious moment where the music syncs up with the young man's performance, and he's suddenly dancing in a wholly different world—one where he's accepted and even admired. Simply sublime.

You need to hear and see 'Angry Pango' rage against the illegal-trade machine, in this music video for an original metal song produced by Dentsu Mcgarrybowen China.

The music is the perfect vehicle to express the anger that all peaceful creatures should feel about the decimation of these lovely, peaceful animals, who would rather roll up into a ball (and warn you off with an unpleasant-smelling secretion) than get into a confrontation.

One in seven Hong Kong women has been the victim of sexual violence, says a hard-hitting campaign for local organisation Rainlily by Dentsu International agencies.

The film couples harsh and disturbing facts with some very fine performances showing the pain victims endure. It's a potent combination, heightened by the filmmakers' refusal to let you look away, all while the phenomenal soundtrack chills you to the bone. And importantly, both the film and the OOH ads centre around types of sexual harassment and violence that many people fail to consider serious.

Connections, wealth, looks and material goods don't matter, but your gaming skills do, according to a new campaign from Wieden+Kennedy.

The work once again shows Wieden+Kennedy's knack for turning a real understanding of the target audience into potent positioning. The film is so well constructed, and the argument so convincingly made, that by the end, you're likely to end up agreeing that a new Omen deck would a good way to strike a blow against the tyranny of societal pressures, including materialism. Well played.

A campaign by Special Group Australia encourages people who menstruate to 'Cheer through the bleed'.

It's such a great concept—taking a topic that's normally only whispered about and not only shouting about it but cheering about it while getting on with your active, enthusiastic life. The squad's routines also make, of course, a great demo for the kind of activity one can fearlessly, confidently engage in while wearing the undies. Ad Nut also happily notes the inclusive makeup of the squad. What else can Ad Nut say besides, 'Bloody brilliant'?

A beautiful campaign by Colenso BBDO for Breast Cancer Foundation NZ encourages women to honour their whakapapa by loving their breasts and getting a scan.

Thoroughly beautiful. It's rare and welcome to see work that is so steeped in a specific culture that grasping its vocabulary requires someone who is not steeped in that culture to perform a series of Google searches. That means the work is speaking directly to the people it's supposed to be persuading, which is after all what advertising is supposed to be about. Ad Nut found it enriching to learn some new words and explore the concept of whakapapa, and recommends that you do as well. And also, get a mammogram when it's time to do so!

9. Take a tour through the hellscape known as banking

A dude named Dante witnesses the eternal torments of those damned to interact with old-fashioned banks in this campaign by FCB Manila for UnionBank.

Ad Nut likes the fun concept and enjoyed some of the finer details, such as the paperwork demons floating on inflatable animals while they torment account applicants. Ad Nut suggests that there could have been more screaming by those who have been driven insane by pointless humiliations, and hopes future episodes will show us the other six circles of banking hell.

10. The truck that charges faster than your toothbrush

UltraSuperNew Tokyo leans on gaming nostalgia for a social campaign demonstrating the charging capabilities of a 7.5-ton truck from Mitsubishi Fuso.

Ad Nut likes the classic video-game vibe, the twist that the game here is so boring it has to be sped up, and of course the très-cool truck driver, who remains unflappable while his competitors come unglued. Ad Nut is now picturing Ad Nut wearing a cool black jacket like Mr. Cool's while gliding silently down the road in an eCanter loaded with nearly 9,000 pounds of delicious cashews and walnuts.

Would you kill for the last piece of rendang?
Indonesian creative studio Percolate Galactic delivers a deliciously gory animation about an unlikely food fight.

Indonesia is still waiting for you, in new tourism campaign
M&C Saatchi Indonesia's first work for the country's tourism ministry shows a land and people frozen in time, ready and waiting for visitors.

Welcome to your university lesson on thrush
In an Australian campaign by Bayer Consumer Health, ‘students’ at The University of Down Under are given an open, candid lesson to destigmatise vaginal health.

Mental-health campaign brings 'The Cure' for men's struggles
Boys do cry—or at least they should—according to the men singing in a campaign spearheaded by indie agency The Hallway.

Australia ad pros attack 'Only one in the room' syndrome
A collective of Australian adlanders has made an absolutely fabulous fashion parody video to kick off an effort to improve diversity.

The Body Shop brings 'Self Love Uprising' to Australia
A local non-binary stylist and an Aboriginal life coach appear in the localisation of the global campaign.

When animals attack... your Dole snacks
When a bear, panda and gorilla want to lay their paws on healthier snack options, you're best advised to watch what and where you eat, according to a new regional campaign by Dole and Grey Group.

You'll want to linger over these great six-second cough-remedy ads
A series of brief bumper ads make a lasting impression by personifying a cough that won't leave you alone, in a campaign for Duro-Tuss by Clemenger BBDO Sydney.

'Drink yourself to sleep', advises singer of irreverent lullabies
How do you send troubled Aussies off to dreamland? With profane lullabies and sleep tonics, according to this campaign by Innocean Australia for No Ugly.

WFH with family members stressing you out? This hilarious ad has the solution
Wolf BKK’s latest creation is a parody of worst-case scenarios when you just want some peace and quiet while working from home.

Don't do the dumb things these dummies are thinking about doing
Australian lending company Wisr urges people to use their 'smart part' in a rebranding via Bear Meets Eagle On Fire and Resn.