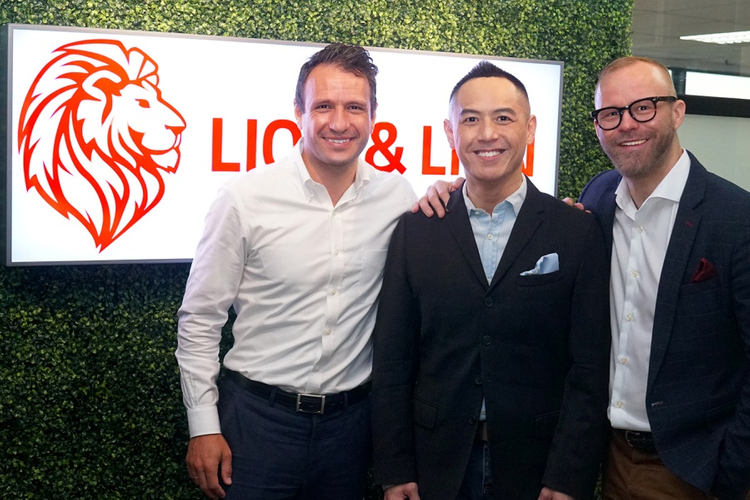 Goh Shufen, The Association of Advertising and Marketing Singapore Mulberry and the British Fashion Council both appointed Gusto Luxe (formerly Reuter Communication) as communications partner. Mulberry North Asia has tasked Gusto Luxe with its strategic communications in the Greater China market. The agency will spearhead the brand’s content-to-commerce activation this fall, along with its influencer strategy and community-building activities. The British Fashion Council (BFC) appointed the agency to support its London Fashion Week communication strategy and activity in China.

Production company Sweetshop signed director Tom Gould for international representation. His films and photography have been screened and exhibited globally in MoMA, the Institute of Contemporary Arts and the British Film Institute, and he has directed campaigns for brands such as NBA, Ralph Lauren, Reebok and MTV.

Lion & Lion has appointed Ben Chew as the new managing director for Malaysia as the incumbent, Jeppe Carlsen, assumes the role of group director of new business and strategy, a newly created regional role focused on the agency’s growth. The new appointments are part of the agency’s strategy launched last August to focus on three core areas of strategy, media and creative. Both Chew and Carlsen will report to Fredrik Gumpel, group CEO. In his new role, Chew will be leading Lion & Lion Malaysia into the next stage of the company’s transformation along with growing Lion & Lion’s integrated marketing model at a regional level. He has 25 years of exprience, having worked with Grey, Isobar and McCann, and his work has been recognised at Spikes Asia among other industry events and awards.

The Association of Advertising and Marketing Singapore (AAMS) has a new executive committee in place. The president is Goh Shufen, co-founder and principal of R3 WW. Chloe Neo, managing director of OMD Singapore will be first vice president. Paul Soon, CEO of MullenLowe Group Southeast Asia, is second vice president. And Ara Hampartsoumian, CEO of TBWA\Group Singapore, has been appointed honorary secretary.

GSK Consumer Healthcare has formed a global partnership with Publicis Production and Tag that will employ a single technology platform to connect the entire marketing workflow, and deepen the collaboration between brand marketing teams and production partners via on-site studios. To support this ambition, GSK is also investing in the development of performance marketing capabilities across on-site studios, regional hubs, and a global centre. The on-site studios, which will be responsible for supporting high-priority markets and responding to their content needs quickly, will be located in GSK Consumer Healthcare offices in key markets. The regional hubs, which will be primarily responsible for adapting global content, will be located in each region, and the global centre will be based in India. GSK Consumer Healthcare will launch the US studios and global centre in 2020, followed by a phased rollout that brings the combined production and media capabilities to all global and regional centres.

Netflix has inked a distribution deal that will see 55 evergreen Mediacorp titles totalling more than 1,000 hours being offered to the global streaming giant’s markets in Singapore, Malaysia and Brunei. Subscribers can soon take a “stream” down memory lane with the cast of Singapore screen icons like Phua Chu Kang and Liang Po Po. Available in the three territories from 1 August to coincide with Singapore’s birthday month, this Mediacorp content in English, Chinese, Malay and Tamil will be displayed in a dedicated “Singapore, Now Streaming” row on the Netflix interface. The deal dovetails with Mediacorp’s strategy of working with external players to ramp up the reach of its productions.

Evos Esports, an esports organisation in Southeast Asia, has announced Armaggeddon, a gaming gear manufacturer based in Singapore, as a sponsor for its esports teams in Malaysia and Singapore. The sponsorship consists of full livestreaming kits, including Armaggeddon PCs, monitors, keyboards, mouse and headsets; which will be used to produce content. Evos will produce exclusive videos highlighting Armaggeddon’s products, including brand integration on the jersey, online community engagement events with their fans and interactive social media campaigns.

Sam Wood is the new CEO of Alpha Digital, a newly created role, stepping up from his previous role as general manager. Founder and managing director Matt Cooper has stepped up to become Alpha Digital’s chairman, concentrating his efforts on developing a new small advertiser-focused agency, Springboard Digital. Alpha Digital’s restructure comes off the back of new hires in March when Tobey Bower joined as commercial director and Grant Collins as head of digital experience. After a promotion to client strategy director, Chris Lockwood will now take over some of the day-to-day client responsibilities from Wood.

Highly awarded creative Simon Vicars, previously creative director at Adam&Eve DDB London, has returned to creative agency Colenso BBDO as executive creative director. Vicars was with Colenso from 2011 until he joined Adam&Eve DDB in 2017. He has consistently featured in Cannes’ Top Ten rankings for the past decade, and of 44 Cannes Lions he’s won as a creative, almost half are gold, Grand Prix or Titanium. Vicars joins chief creative officer Levi Slavin (who's also in his second tenure at Colenso, having returned in 2017 following stints at Anomaly and BBDO New York), Dan Wright (group ECD) and Maria Devereux (ECD).

Three former leaders of VMLY&R ANZ, including regional CEO Aden Hepburn, have launched Akcelo, a new brand experience and innovation company. The company has won an appointment from Lion Australia to work across its portfolio of beer brands (including Furphy, Guinness, XXXX and James Squire), following a pitch. The remit spans creative, digital, social, content, CRM, technology and data. Hepburn launched VML in Australia in 2012 and took the CEO spot for VMLY&R ANZ following the merger with Y&R in 2018. Joining him are Dave Di Veroli, former VMLY&R regional head of strategy and innovation, and Miles Scott, VMLY&R's Sydney managing partner. The agency name is the Esperanto word for ‘acceleration’. The agency claims to be working with a number of major local and international brands and to have a fully staffed team working across strategy, creative, social, technology, mobility, UX, CX and design.

AIA, the pan-Asian life insurance group, today announced plans to host its first ever regional online health and wellness event, spanning 13 markets and headlined by AIA’s Global Ambassador David Beckham. AIA Live will be broadcast on Sunday 2nd August and will include more than 30 sessions, delivering health and wellness content across the region. Key themes will include mental wellbeing, exercise, activity and rest, nutrition, personal growth, as well as light-hearted moments of music and comedy. AIA Live has been designed to appeal across all age groups and multiple markets, celebrating the cultural diversity of the region while at the same time bringing people closer together. Beckham will open and close the event and share personal stories on how he and his family have dealt with the extraordinary events of 2020, together with some of the lessons he has learnt. Celebrity chef Jeremy Pang will cook a series of recipes with different ingredients from across Asia, and coaches from AIA’s partner Tottenham Hotspur Football Club will challenge participants to try some easy and fun football skills. They will be supported by over 20 other regional influencers and keynote guests. AIA Live will be hosted on AIA’s Healthy Living YouTube channel. AIA also plans to host similar days in Mainland China and India in early September, with tailored content for those markets.