Like all comms agency leaders (and, I imagine, business leaders across all sectors), how and where we recruit talent has been playing on my mind a lot in recent times.

Of course, the recruitment and retention of great talent is critical to our success and has always been a top priority. But the ongoing talent crunch, driven by a multitude of factors that collided before and during the COVID epidemic, has meant there’s an even more intense focus on hunting brilliant people to join our profession.

There is a big problem, though. It appears that there aren’t enough great people available to fill all the open roles we have across the industry. Or so it seems.

Reaping what we sow

We shouldn’t be surprised. For decades most of us have fished for talent in the same pond—year-after-year, time and time again. As a result, we are an industry horribly lacking in diversity. We’ve taken the easy option and have recruited people who have similar backgrounds to ourselves, similar experiences and—too often—similar outlooks. The result? An industry that in many ways has become too homogenous, too one-eyed and nowhere near representative of the audiences it purports to serve.

In short, not only have we chosen to target a shallow talent pool (that is now practically dry), but we’re missing out on the diversity of thought that will make us all better at doing our jobs. Lack of diversity isn’t just a societal or moral issue, it’s a business (and growth!) issue too.

Now, this is not to say that those who are already part of our industry and have joined us via a well-trodden path aren’t brilliant. They are. It’s just that with a wider, more diverse group of people around them, they can be even better. All of us benefit from being exposed to difference. It spurs new thinking. Bring someone from outside the comms team (from finance, HR or IT perhaps) into your next campaign ideation session and you’ll quickly see what I mean.

Our industry is beginning to acknowledge this issue and steps (if not quite strides) are being taken to ensure we tackle our lack of diversity. In the agency sector, many now have formal DE&I initiatives and proactive programmes to recruit talent from different backgrounds. But there’s a long way to go and much to do.

I wanted to highlight just one of the many areas where I think we can all do more. Not because it is any more important than any other, but because it perhaps garners a little less attention—the issue of educational diversity and those who don’t follow the ‘classic route’ into a comms career.

It seems to me that we have a big opportunity to tap super-smart people to join our industry, who may not have followed the usual path into higher education before moving into comms. Not everyone has the chance to study. Perhaps challenges with finances or pressures at home may not allow it. Or an individual simply chooses to follow an alternative path into post-school employment.  Often, those who don’t pursue the classic route come from under-represented socio-economic groups, and/or other minorities.

I’ve had the pleasure and benefit of working with a number of super-talented individuals—all top comms professionals—who followed this alternative route.

One began his career working in retail at age 16, having not had the opportunity to take up higher education. He is now a senior global comms director for a big tech player. Another dropped out from university to pursue personal passions before stepping into a PR career, eventually founding a successful agency. A third had a desire to write and took up an apprenticeship in the media and is now a renowned PR creative director. And a fourth joined a London agency as one of its first apprentices at age 18, straight from school. She’s now head of comms for a well-known UK not-for-profit.

All of these people had an energy and drive that marked them out as potentially great PR consultants almost from day one. All were creative (and, as you’d expect, great writers and communicators). All brought something different to their organisations—new thoughts, different perspectives. All went on to have terrific careers in communications. All were certainly smarter than me. None had a classical education, or a university degree.

And all could have been lost to the comms profession if not for their talent and desire, their ability to scale barriers and more than a sprinkling of good fortune. This would have been a great shame for our industry, and the colleagues and clients that have benefited from their talent.

Time to break our biases

So, what can we, as employers, do better? First, can we kill the idea that everybody who enters our profession has to have a university degree?

Yes, they must be able to communicate well, they must be smart and curious, and they certainly should be an excellent writer. But that doesn’t mean they need a university qualification.

Next, let’s get smarter about recruiting talent from non-traditional backgrounds. Have a proactive plan to reach out to communities that are under-represented, consider apprenticeship programmes for school leavers that can deliver career development opportunities for those who aren’t pursuing higher education. And work with national and local not-for-profits that tackle education inequality to set up paid internships for minority groups, giving smart young people the opportunity to experience the comms industry and, hopefully, actively consider us as an attractive option.

As I say above, there remains much to do. The talent pool will remain dry as long as we all continue to fish in the same pond. The truth is that there’s untapped talent out there and it is talent that can make a difference.

Lee Nugent is APAC regional director at Archetype. He is also a member of the PRCA APAC Equality, Diversity & Inclusion Committee and sits on the PRCA APAC board. 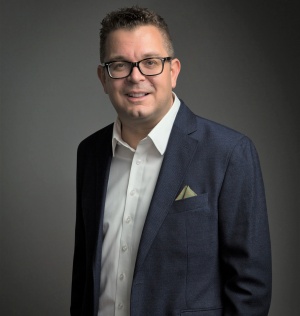 What's one thing leaders can do to manage the ...

Why talent is moving from agencies to tech ...

Five rules for pitching in a talent crisis