Some of the world’s biggest agency groups have signalled that they do not plan to attend the rescheduled Cannes Lions advertising festival in October, although they could still support the awards.

WPP told shareholders on Tuesday it was "stopping discretionary costs, including travel and hotels and the costs of awards shows" because of the coronavirus crisis.

Campaign understands that means the company will not enter the awards or attend the five-day event in the south of France.

Omnicom has also made the decision to count its agencies out of attending Cannes Lions this year, people with knowledge of the matter told Campaign.

It is unclear what sort of resource, if any, Omnicom is putting into Cannes entries. 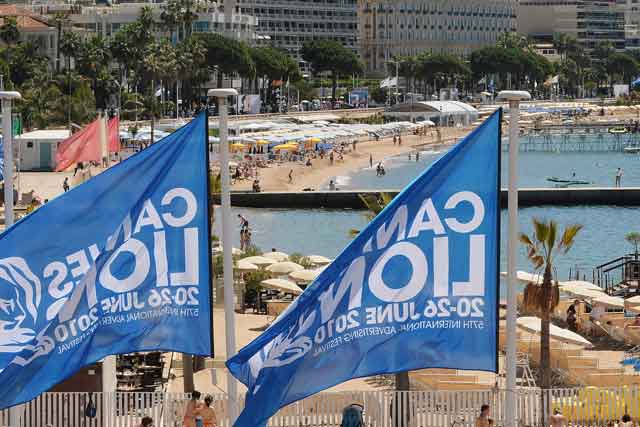 Dentsu Aegis Network told Campaign it could favour a "virtual showcase" for the awards to celebrate the creative work.

The group did not say whether it plans to send staff to Cannes Lions but said: "Our priority is to protect the livelihoods of our people, partner with our clients through these challenging times and nurture and support our communities who are suffering."

Dentsu Aegis Network went on: "While we believe it is important to have industry platforms that help to drive the quality and impact of our craft, this must be balanced against the reality we all face. As an industry we need to think creatively about how we come together to showcase and celebrate the best quality work that makes a difference to people’s lives and delivers brave solutions.

"This is a time where there is opportunity to consider new ways of achieving these outcomes - an alternative awards approach.

"At Dentsu Aegis we would advocate a virtual showcase of the Cannes Lions winners as a globally accessible way to celebrate the work and continue to provide an important platform for industry talent to be recognised."

Sources close to Interpublic Group say its leadership has communicated to its agencies not to earmark resources for Cannes Lions for the time being.

Campaign understands IPG will re-evaluate its position in September.

It is thought that Publicis Groupe and Havas, the other two of the big six global agency groups, have not made any decisions about Cannes Lions.

All of the big agency groups stressed they are long-term supporters of the festival.

The largest groups such as WPP and Omnicom typically send hundreds of delegates and pay to enter thousands of pieces of work for the annual festival.

However, they are all looking to slash costs and conserve cash because of the economic downturn and uncertain outlook.

Cannes Lions decided in March to postpone the event from June to October as the coronavirus pandemic worsened.

A spokesman for Cannes Lions declined to comment on whether it might alter the format of the festival because some of the agency groups do not plan to attend.

Cannes Lions said it had nothing to add to a previous statement.

"As we announced on March 18, we took the decision to postpone the festival with the support of our major customers," the organisers said.

"We are now working with these customers to plan for the October event.

"We cannot discuss specific customers, apart from to say discussions overall are on-going and we remain committed to ensuring Cannes Lions continues to be an important and valuable pillar of the creative industries."