Toby Southgate admits his honeymoon period as new CEO is quickly coming to an end.

“It’s been quite wonderful so far,” he tells Campaign Asia-Pacific during a visit to Singapore on what is coincidentally his 100th day on the job. “I’m feeling very good about it now.”

After being hired in May to lead Forsman & Bodenfors globally, Southgate endured some nervous moments with parent company MDC this summer before beginning his role in August. But MDC’s merger with Stagwell Group was ultimately approved and now gives him a clearer vision for F&B’s future—one that is bent on growth.

Just last week Stagwell announced it would be opening a new regional headquarters in Singapore aimed at "rapid growth" and expansion throughout Asia-Pacific. Randy Duax, Stagwell’s SVP of executive talent, will be leading the office as APAC managing director, starting in January.

Already the Singapore F&B office has started repositioning for the future. Last month it brought in SuperUnion’s APAC business development lead, Po Kay Lee, to be its new president and hired Deborah Abraham from TBWA for a new role as director of PR strategy and communications. 
But even beyond Singapore, Southgate says Forsman & Bodenfors’ unique global footprint within Stagwell makes it a natural candidate for expansion.

“MDC was—and Stagwell is—a significant presence in North America, but has significant scope to grow in continental Europe, UK and Asia," he says. "And those are the places where we predict growth will come for us, particularly because it is our domain.”

Southgate says that scope might involve more global work from its big clients like Volvo and SK-II where it makes sense, but the agency may also look to fill some gaps geographically. While the Singapore-China-North America bridge enables them to legitimately talk about global capabilities, he says there may be more possibilities to establish a presence in the UK, France or Germany or else on the West Coast of North America or even Latin America.

While it’s unlikely to happen all at once, it’s a version different vision from Forsman & Bodenfors' more humble aspirations based solely in Sweden for most of its 40-year history. The agency has been prolific creatively, but its growth path had been much slower until joining MDC in 2016. Two years later F&B expanded to Asia, setting up in Singapore, its first office outside of Sweden. Later that same year, F&B absorbed KBS and inherited a global network in Shanghai, New York, London, Toronto, Montreal and Shanghai.

That integration, however, was stymied by Covid and a complex relationship with another MDC agency, Crispin, Porter + Bogusky.  But under a new corporate structure, new growth strategy, new leader and new companies to partner with, the opportunity to realise the ambitious change “is pretty rare and special”, Southgate says.

Southgate comes from McCann Worldgroup, where he was chief growth officer and chief client officer in Europe and the UK. Prior to that he was the global CEO of WPP brand consultancy Brand Union, which ultimately formed a central part of what became Superunion.

On some level that makes Southgate an odd choice for what has been an insular and creatively protective agency like Forsman & Bodenfors. But don't think that Southgate’s aim is to build F&B into the next Wunderman Thompson. In fact, part of the appeal of this job was to do something very different.

While the big holding companies are focused on reinventing themselves and their capabilities through restructuring, F&B is not yet truly global and has no inherited legacy of tens of offices or thousands of employees, Southgate says. Nor is it an S4 Capital with a rapid growth strategy and no history.

“There's just no question that the big traditional holding companies are going through a period of change and reinvention,” he says. “We're part of a different shaped future that starts from a smaller base of creation around what are we building to make sure that we are relevant. It’s a really special place in its own world with a set of capabilities relevant for solving marketers’ problems, driven in a very positive way by a very purist approach to what creativity is.”

So how can the creative purists in Stockholm and Gothenburg be sure they don’t have a wolf in sheep’s clothing among them?

Well, for one, they vetted him well.

“The interview process to get this job was torturous,” Southgate confides. “But strangely, at every point the process made me want the job more.” Southgate adds he wouldn’t be here without the support of F&B diehards who may be protective of what they have but share a common growth vision.

“The ambition they had should not be masked by their humility," he says. "They really want to grow and do work of global importance.”

Here, he references the importance of global clients like P&G’s SK-II, which has allowed F&B to have a global impact with campaigns like ‘Market Marriage Takeover’ and helped bring F&B to Singapore and do powerful work outside of Sweden.

And while the desire for further growth is also what led F&B to join MDC, the new phase of its ambition is not a kneejerk decision of new ownership but exactly the opposite, says Southgate.

While public companies face short-term pressures, F&B continues to take a very long-term approach. Over the past three to four years, the agency has reflected on its 40-year history and has discussed its mission for the next 40, in which F&B fulfills its global ambitions while retaining its identity.

Doing this is not easy, especially when you’re a special agency like Forsman & Bodenfors.

“We're very shy," Southgate says. "And we're a little bit misunderstood. There's like an enigma and a mythology to F&B, partly because we're Swedish by birth and history. There's something in it almost deliberately magical and mysterious, and they've been very reticent historically to tell the story.”

F&B’s unique culture is all about placing the work above everything else. ‘The task is the boss’ is a common phrase there. This focus on work has brought it into elite company with Wieden+Kennedy and Droga5 as one of Cannes Lions’ top three independent agencies of the decade.

Careers are made not through titles and promotions at F&B, which has a flat structure and refers to itself as a collective, but by making the best work of one’s professional life there.

So how does Southgate grow the agency keep that unique cultural identity while growing the business?

“It’s a major part of the brief [but] I think the answer is relatively straightforward,” he says. “It doesn’t mean it’s easy but the answer honestly is focus—and the focus is on managed growth.”

Given its relatively smaller stature, F&B has always had the luxury of being selective with the clients and the work it takes on.

“We’re not the right partner for everyone," Southgate says. "We don’t need to be—and can’t be—everywhere doing everything for everybody. There’s an element of choice for us.”

Even among its big global clients, for which it has done incredible work, such as Volvo (see 'Epic Split' with Jean Claude Van Damme below), F&B will not pretend to have the global scale of production, rollout and execution that WPP does.

“Trying to claim that we can in order to grow a client relationship or grab new work is entirely wrong,” Southgate says. But what F&B does need to do more of, he continues, is focus on helping its key clients grow.

Much of this growth can be derived through simplicity and greater focus on what F&B does best, which is applying creativity to find solutions for clients, Southgate argues.

“There's a lot in our world that is being automated and commoditised," he says. "That’s great and powerful and useful. But it is only groups of people working together that can originate creative ideas to solve problems. That process can't be automated. Therefore you get quite quickly to understanding that maybe now more than ever, it's not necessary to have the scale of a big traditional comms-led network to make work that can impact the world—as long as you don't need also to execute it everywhere.

The key to keeping this focus, Southgate argues, is avoiding the trap of distractions that can come with the pursuit of all kinds of growth at once. While it’s tempting to continually add new capabilities, Southgate says they will only build practices that help them to answer client challenges.

"What we definitely won't do is court headlines about launching something that is momentary and fashionable," he says. "It falls into the bucket of distraction. I think there's a lot to be said for doing things distinctly opposite to lots of the noise that exists in our world. It’s easy to get a headline about launching a metaverse unit, but [more importantly] are we going to use all the tools available to us to solve the client’s business challenge? 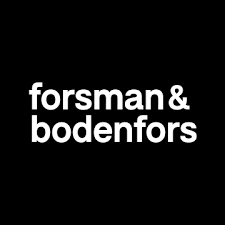 This is not to say that F&B is opposed to launching services. It does have its own set of branded capabilities consisting of F&B Studios (production), F&B Happy (branding strategy), F&B Daily (‘always-on interactions’) and F&B InHouse (client-led digital asset management). It also points to being able to leverage the Stagwell group’s abilities in media, consumer research, digital development, PR and influencer marketing.

While the benefits of being part of what he sees as a new form of holding company are clear to Southgate, he’d like to stave off some of the undesirable trappings that can creep into them.

“It's easy to get distracted by other levers, particularly if you're in a traditional holding company. It's not necessarily an environment that enables not long-term thinking, and it certainly creates lots of potential distractions for lots of people,” he says.

The agency can be bigger and better without slavish devotion to financials as the only metrics that matter. "I know our business will grow," Southgate says. "Stagwell believes that, and they've asked me to be a part of helping to make sure that happens.”