Influencer engagement rates have nosedived in the past year, particularly among those with larger follower bases. The drops are being driven by Instagram’s move to hide "likes" – and one expert believes it’s not a bad thing.

On average, influencer engagement rates have plummeted by 10% in the period, according to new research by influencer analytics tool HypeAuditor.

In the UK, engagement rates dropped between 5% (for influencers with followers of 5,000-20,000) and 21% (for those with more than a million followers). The other categories had engagement rate declines in the mid-teens (see third chart, below).

HypeAuditor chief executive Alex Frolov told Campaign sister title PRWeek that the drops are being driven by Instagram’s decision to hide "likes", which disproportionately impacts "mega-influencers" who benefit from what he calls "'like' momentum".

"Getting rid of this mob mentality reduced the engagement influencers have on their content." 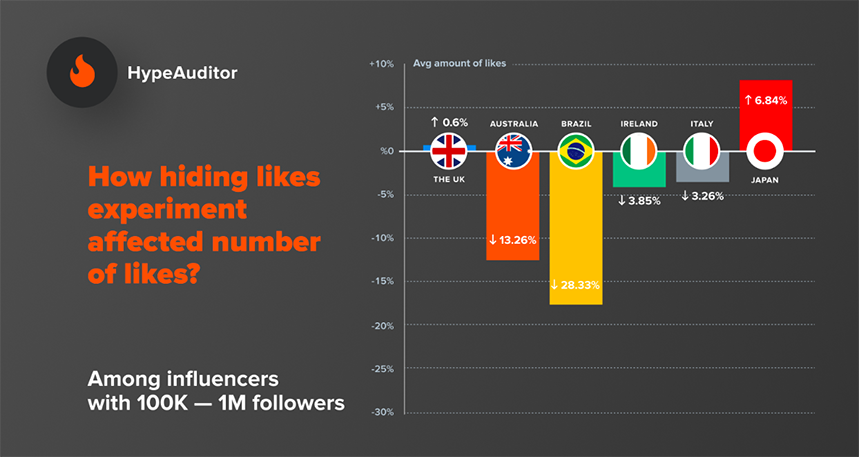 Another factor impacting engagement is rising popularity of Instagram Stories versus Instagram's feed. 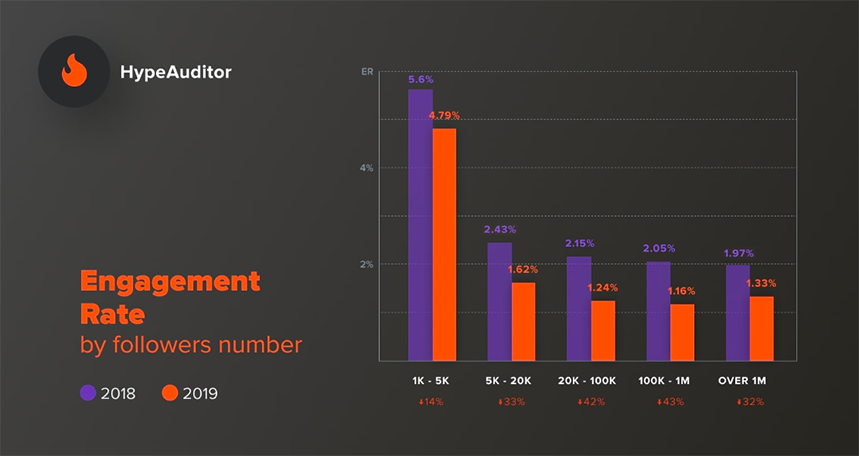 Marketers have regarded engagement rates as an important metric of an influencer campaign’s success, because it provides an indicator of whether an audience is interacting with the activity.

In reality, engagement rates can easily be artificially inflated if influencers buy "likes", comments or use comment pods.

Ogilvy UK head of influence Rahul Titus told PRWeek that he has noticed a drop in engagement rates across a lot of influencer work for clients in the past year and the overall findings of the HypeAuditor study ring true.

"I’m not convinced it [the decline] is as high as this report, but we are seeing it and it varies by sector and type of influencer. It’s something that has been going on for a while now," Titus said.

The categories with historically higher rates, including food, travel and beauty, have "self-corrected" the most, bringing them closer to the average across the industry, while categories with typically lower engagement rates have dropped more marginally. Titus has noticed drops of between 0.5 and 1.2 percentage points across different categories. 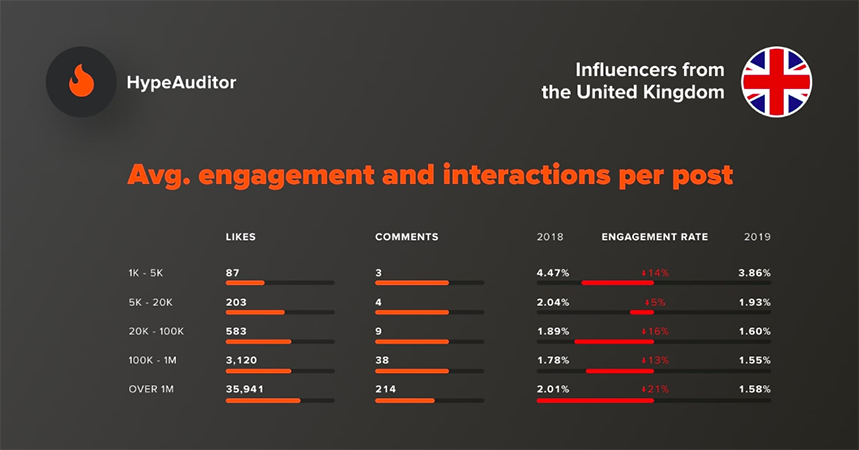 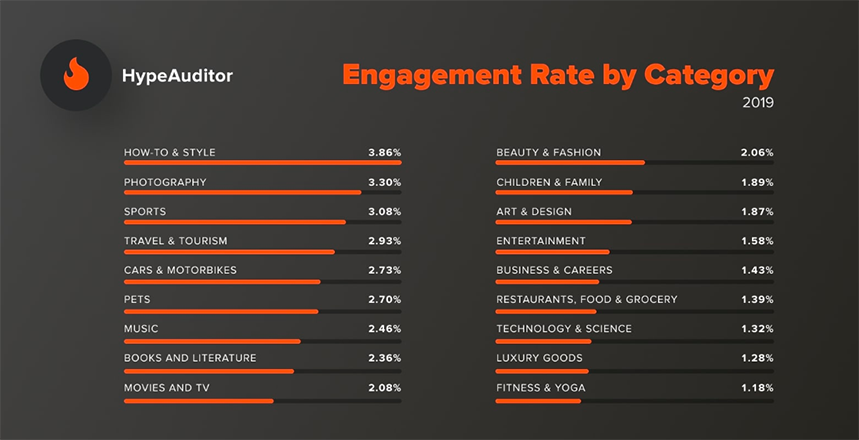 ‘Not a bad thing’

Titus said the drop in engagement rates is "not a bad thing", because he believes using vanity metrics to determine success is poor practice.

"Influencer marketing should be measured by business outcomes and not campaign outputs," he said. "I don’t understand what all of the panic is about, to be blunt. We’ve always tried to get our client to move away from vanity metrics such as 'likes', comments etc.

"This drop has not affected a lot of our clients as much as this industry seems to be reacting to it."

Titus added that Ogilvy encourages clients to focus on the role influencer marketing plays in the broader marketing mix, rather than as a channel in isolation.

In other words, focus less on vanity metrics – such as the engagement rate – and more on business outcomes.