Your real-estate agent is a shark. But don't worry, he's a friendly, enthusiaastic shark who has your best interests at heart and wants to get you into a cozy Tokyo apartment.

The only catch? "Cozy" in this case means 10 square meters.

The whole scheme is a clever promotional effort Ikea Japan dreamed up along with Wieden Kennedy Tokyo.

The shark, Blåhaj, is a human-sized, talking version of a plush toy that's available in Ikea stores. As explained in a reality-TV series, he's found a great small space in central Tokyo and worked with Ikea interior designers to outfit it with useful and stylish furnishings suitable for small spaces. You can watch the whole series here. The 'Grand reveal' episode (below) shows the most detail of the apartment.

As weird as it might be to listen to a fictional talking animal, the offer Blåhaj is making is very real. The apartment is listed until December 3 on Tokyo real estate website suumo.jp. Would-be residents can view the details of the place and submit an application to rent it out at the 'Tiny Homes' page on Ikea's website. Blåhaj is also appearing in an office built into Ikea stores in Harajuku, Shinjuku and Shibuya. Interested renters can see a replica of the tiny apartment and submit an application there, too. 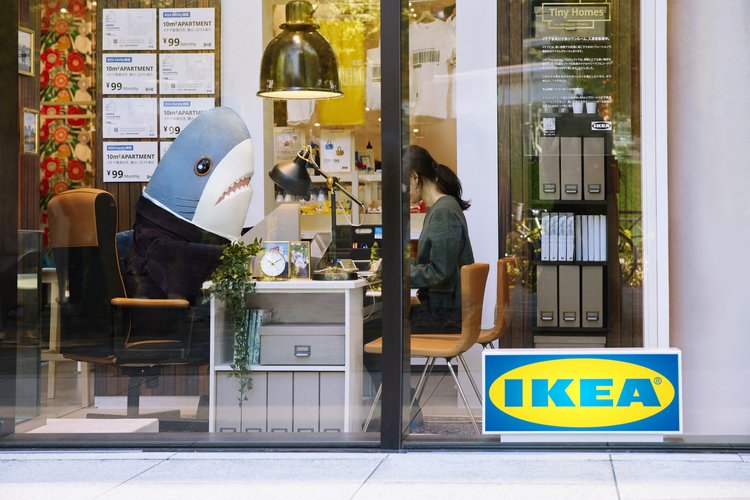 Ad Nut dug into the terms and conditions on the application and found that the chosen tenant will get to move in as early as December and stay in the apartment until January of 2023. That person will of course need to appear in the next episode of the Tiny Homes video series.