It’s been two years since #MeToo sparked a mass C-suite purge and lit an inferno under gender equity in the advertising industry and beyond.

But only 15% of women believe that the movement has had an impact on their workplace, career and opportunities in general, according to a nationwide survey conducted by Have Her Back Consulting, a women-owned and led culture consultancy.

The survey of more than 1,000 women and men, found that despite culture’s demand to advance equity for women, few companies have actually taken specific actions to change corporate culture.

"The best companies help solve problems that matter to their employees and customers," said Caroline Dettman, founding partner of Have Her Back Consulting.

"Gender equity is that next frontier and within that, sexual harassment prevention training is table stakes. For the companies that want to tackle gender equity differently going forward -- or for those that are already making progress -- there is tremendous opportunity to truly stand out and stand for what matters." 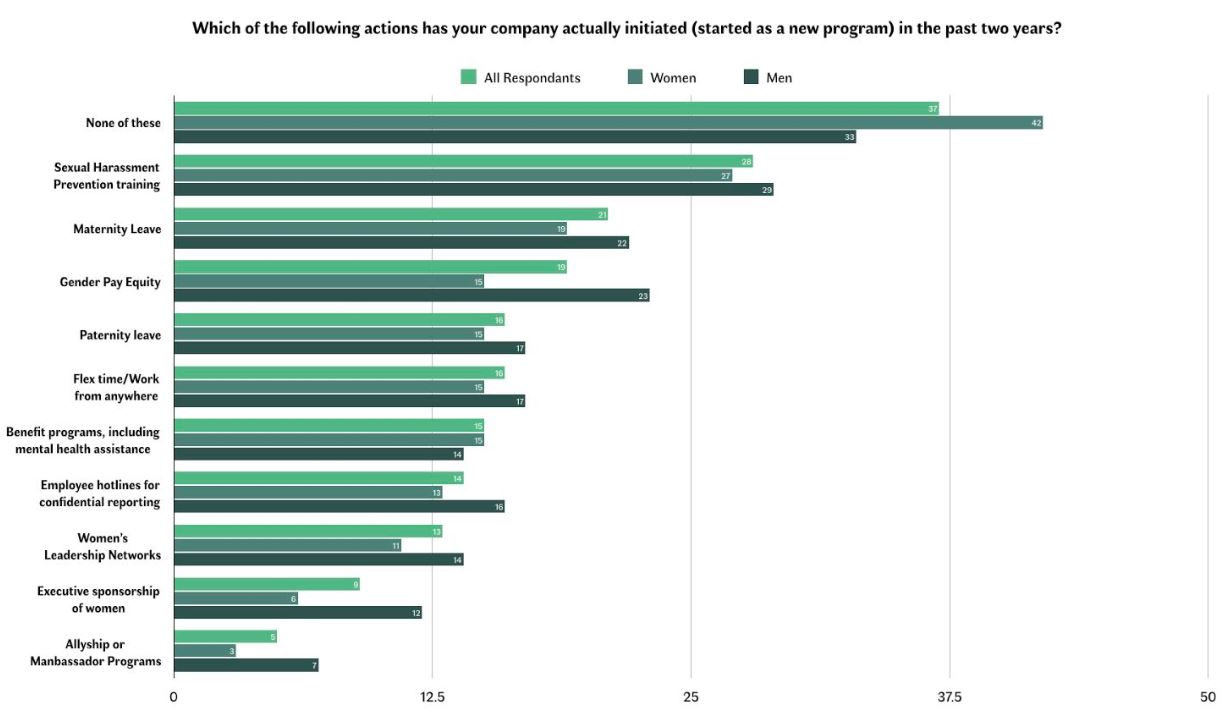 More than half of respondents (55%) feel that "more is needed" to advance women in the workplace.

HHB found that what companies say about the importance of gender equity does not match what workers say they are actually doing to advance it.

The survey asked women and men to rate their companies’ advancements on gender equity issues, including sexual harassment, pay equity, senior leader representation and men’s sponsorship of women at work. The results found that there is little to celebrate; and the perceptions of what is worth celebrating differs greatly between women and men.

Research around how women and men view workplace change found that women were more likely to say "nothing" had been done (42%) compared to men (33%). 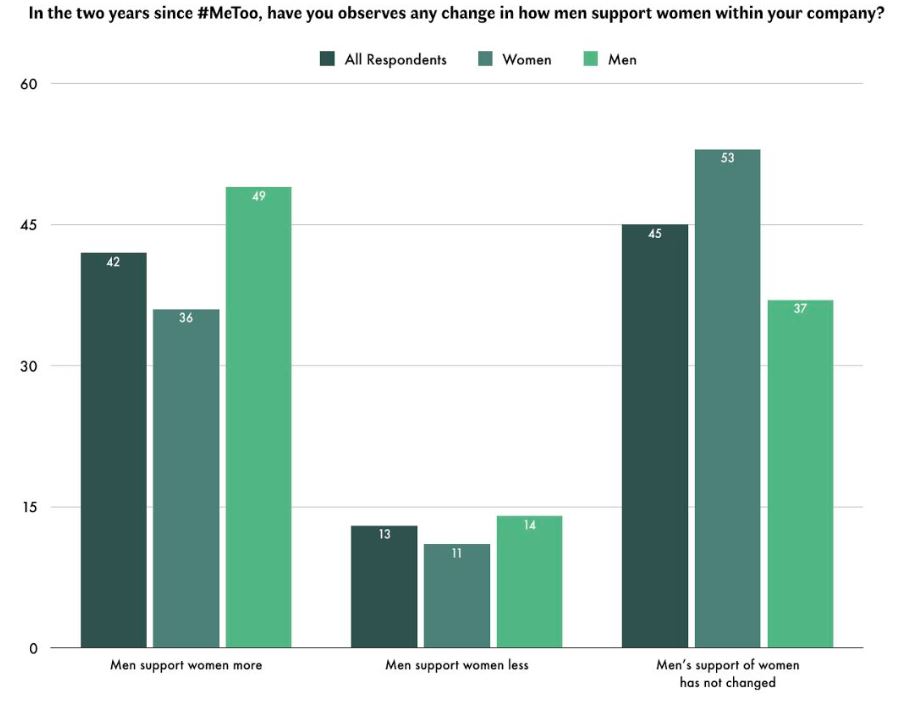 "There is a clear disconnect between what senior leadership believes is happening versus what employees are actually experiencing," explained Pamela Culpepper, founding partner of HHB. "This gap in authenticity impacts the entire organization. We see a huge opportunity for leadership to step in with the right actions and better communications to insure that what they say externally is happening and felt internally."

Women state far more gender-equity motivations for leaving an employer than men do, with pay inequity ranking even higher (48%) than being subjected to sexual harassment (45%).

Not far behind were gender-related limitations in the workplace, including career moves, being disciplined more or differently or being sidelined for the best assignments, all tied at 41%.

Women are also more likely to hold it against a company when a company’s gender bias becomes news, with 61% stating they would be less likely to purchase their products and 47% more likely to share negative news about the company on social media.

Erin Gallagher, founding partner at Have Her Back Consulting, added: "The companies that communicate their progress authentically will benefit in retaining employees and customer loyalty as women represent roughly 50% of the workforce and more than 80% of the buying power.

"The #MeToo movement has shown that gender equity is not a women’s issue -- it’s a human issue. And now more than ever, it can be a growth driver for businesses when done authentically."

The survey was conducted by Propeller Insights from  October 5 to 8 2019. No race/ethnicity quotas were set. The respondent base comprised of 70% caucasian and 30% multicultural.

I was sexually harassed on creative placement at a ...