Nearly two years ago, we wrote about Bangladesh emerging from its history of natural calamities and refugee camps and becoming one of the fastest growing economies in the world. Despite the ongoing pandemic, the market is now set to press ahead with some of these gains, as its per capita GDP hit $2221 in fiscal year 2020-2021, again besting its larger and more powerful neighbour India on this vital economic metric.

However, as Covid took hold in this country of over 166 million (according to official data, there have been nearly 800,000 cases and around 12,500 deaths), consumers have voted with their wallets for local brands to see them though this difficult time. "Just like the country, local brands have also joined a faster growth trajectory," says Bitop Gupta, strategic planning lead at Grey Bangladesh. "They are now playing an important role in easing and enhancing peoples' lives and have made inroads into peoples' everyday routines."

Bangladeshis have opted to support homegrown brands and, in an increasingly digital economy, apps, as the pandemic swept through the nation. Consider brands such as bKash, Pathao, Shwapno, Radhuni, Ispahani Tea, Walton, Runner Automobiles and RFL.

A fintech app, bKash has liberated people from the shackles of informal and unreliable money transfer methods. Pathao, has eased daily commutes in chaotic urban sprawls. And in a market with relatively low incomes, consumers have flocked to Walton, a provider of affordable consumer electronics.


Despite being denigrated once as a basket case by US diplomat Henry Kissinger, Bangladesh seems to have emerged from the depths in some style. Consumer confidence is high and according to locals, new prospects will open up, and a better future awaits them. Supporting this mindset, PriceWaterhouseCoopers, in its global economic development report 'World in 2050', estimates that Bangladesh could become the world's 28th largest economy by 2030, surpassing countries like Australia, Spain, South Africa and Malaysia.

Local brands have hogged the headlines, even as Bangladesh's adland has been in transition itself. Long dominated by TV, print and radio, the market has seen a surge of interest in digital and social media recently, say industry watchers. "In a country where nearly 40% of the population is below 30, digital and social media are becoming the go-to platforms for post-millennial, Generation Z and Generation Alpha," says Rabeth Khan, CEO of Macomm a full-service agency that's an affiliate of Dentsu. "The consumption of news and entertainment among these consumer groups are fast shifting to digital platforms like Facebook and local online news portals for news and YouTube for entertainment." 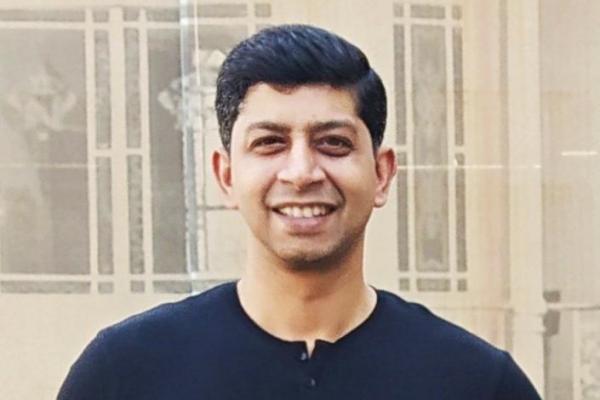 
The marcoms industry in Bangladesh is now dealing with a sharp shift in consumer preferences. While international apps like Netflix and Amazon Prime are fast growing in premium urban geographies, regional apps like HoiChoi, Zee5 and a few other entertainment apps of Indian origin, along with a couple of local players such as Bongo, are fighting for space. Added to this, Spotify has launched in Bangladesh, creating new opportunities for marketers. Overall, social is dominated by Facebook (around 40 million users and counting), Instagram and LinkedIn. 
For adland, the story over the past couple of years—and likely going forward—is how to maximise the reach of brands on mobile platforms. According to the Bangladesh Telecom Regulatory Authority (BTRC), a total of 1.27 million new mobile subscribers and 3.43 million new internet subscribers have been added to the country's total subscriber base in March earlier this year.

This puts the tally of total mobile subscribers in the country at 174.6 million, up from 173.3 million in February. The number of mobile internet subscribers also increased to 106.33 million from 103.19 million. Smartphone penetration among internet users is 40% and is expected to reach 69% in the next five years (GSMA, 2019). In a country where 65% of the population is below age 35, mobile is firmly creating its own space. Nearly all (97%) Bangladeshi households are single-TV households (NMS, 2018).

The last line will be of interest to marketers looking to make inroads into Bangladesh. "While TV is used for family and communal watching, mobile allows for a more private, customised and on-demand access to the world of entertainment for the youth," says Das of Grey. "TV has also seen the biggest paradox in recent times. It has got increased viewership, but revenue has declined. So, TV is still covering the highest base, but the lack of measurable outcome makes the impact of TV questionable." 
As the effectiveness of TV comes into question, many brand marketers and agencies may look elsewhere to realise better returns for their ad takas. "Since 2015, the media spending landscape has been on the cusp of change from the dominant dependency of brands on traditional media platforms such as TV, print and radio to a more expanded basket, which saw embracing of digital and social media as significant platforms," says Khan of Macom. "The transitions seemed to be constantly evolving with in-app advertising added into the basket, which includes platforms such as Imo and Viber and...apps such as TikTok and Likee."

The big change has happened in number two position, which sees digital and social media pushing aside print and radio. YouTube, Facebook and Instagram video ads are rapidly becoming TV+ platforms for incremental reach and engagement.

Despite these shifts, the pandemic, with its frozen or shrunk ad budgets, has had an impact on creativity in Bangladesh. Industry leaders say that Bangladeshi agencies are yet to create much buzzy work. Aside from a gold Cannes Lion in 2016, a Grand Prix and two golds (among several other awards) at Spikes in 2019 and a Grand Prix in the Warc Asian Strategy competition in 2020—all for Grey Dhaka—few other noteworthy wins have come out of Bangladesh.

A shift to digital is unlikely to end this drought anytime soon. 'There's also a fallacy among marketers and agencies that digital content should be done on a shoestring budget," says Macom's Khan. "However, with the increasing exposure to the content available from across the globe, the bar is increasingly getting higher, and brands will realise there's no real excuse or advantage in settling for a compromised experience with their content."

The 'chaotic beauty' of adland in Bangladesh

A campaign to curtail dengue with curtains