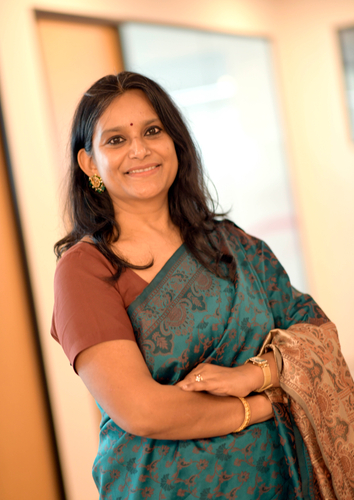 Media Monks is promoting Darren Crawforth to executive creative director in China, effective immediately. Crawforth will work with Rogier Bikker, the office’s managing director. With over 20 years in design and technology, the former group creative director with stints that spanned London, New York, Boston, LA and Beijing, spent the past 10 years living and working in China. He has created work for brands such as Nike, Google, Puma, Riot Games and Oppo.

Iprospect has appointed Mavis Shang as managing director in China. Shang will be dedicated to Iprospect’s partnership with Kering Group. She joins from where she was general manager, E2E lead for SKII China account. Shang will report to Laurien Lee, managing partner of IProspect China.

GroupM has elevated Nitin Kumar to the role of chief investment officer in Vietnam. He will assume the position on 1st July 2022, taking over from Huyen Trinh. Kumar was principal partner of Products at GroupM Indonesia. He will report to Himanshu Shekhar, CEO of GroupM Indonesia, Thailand and Vietnam as well as Anita Munro, GroupM’s chief investment officer for Southeast and North Asia, who also chairs the APAC Investment Committee.

Deliveroo Singapore has named VCCP as its creative agency. The remit for VCCP will be to reinforce Deliveroo’s passion for food and the value that the firm brings to the lives of Singaporeans.

Puretech Digital, a digital agency based out of Mumbai, has elevated Kedar Kulkarni and Hardik Shah as vice presidents—Digital. Kulkarni has been a part of Puretech for over 10 years and leads businesses for growth marketing and analytics. Shah holds over 12 years of experience with expertise that spans across several sectors, with a focus on organic growth marketing. Both vice presidents will focus on setting up the marketing automation and data ecosystems at Puretech Digital.

Flare Communications Group has been appointed by Nike Hong Kong’s Converse Branch to renew the one-year contract after working together for three years. The contract was renewed without a pitch. Flare will continue to provide strategic counsel, PR, and social and influencer integrated services to boost Converse’s awareness, and revamp brand image among the younger generation. In the past three years, Flare drove the brand’s digital landscape in Hong Kong by delivering result-driven influencer campaigns through music, art, and photography.

Home services brand Urban Company has handed its media mandate for Singapore to Havas Media. The account was won after a competitive pitch and the scope of work includes brand and performance marketing management. The agency will aim to further grow its client’s on-demand home services category in Singapore.

Heckler Singapore has appointed Matt Osborne as editor. Moving from Shanghai to Singapore for the role, Osborne has cut campaigns for a variety of clients including Nike, Adidas, Porsche, Cathay Pacific, Volkswagen, Chevrolet, Mercedes-Benz, Sony, Lexus and Reebok and has worked with directors including Rob Chiu, Salomon Lighthelm, Lloyd Lee Choi, Rob Stanton-Cook, Xavier Tera, Mackenzie Sheppard, Ed McCulloch, Jan Wentz and Matthaus Bussman. His editing style is “emotive and authentic with human storytelling at the heart”. His work has picked up numerous awards including a Cannes Gold Film Lion, Grand Prix, One Show, and Australian Screen Editors Guild Award. Prior to this, Osborne Matt has collaborated with Heckler Singapore on several campaigns including those for SK-II and Riot Games.

Data integration and analytics company Qlik has promoted Chris Powell to CMO. In this role, Powell will lead Qlik’s global marketing and communications organisation, and manage a multi-disciplinary team responsible for brand awareness, messaging, demand management, and communications. His previous role was SVP of field marketing for Qlik, where he led multiple strategic initiatives, including the development and launch of the brand’s most recent global branding campaign. Prior to Qlik, Powell held leadership positions at SAP and Commvault.

Azeus Convene has appointed Kapil Lad as head of global marketing. Based in India, Lad joins from Atos, where he worked as global head of digital platforms, and head of digital marketing for Atos Syntel for nearly six years. In his new role, he will report to Michael Yap, CEO and executive director and deputy chairman of Azeus Convene.

The Wired Agency has appointed Samantha Nunura (nee Bradford) as its group business director, following her role as head of client service at Junkee Studio (part of oOh! Media). Nunura brings with herself seven years of Junkee Media experience during which she worked across accounts including Netflix, Westpac, AMEX and Qantas. In her new role, Nunura will oversee The Wired Agency’s key accounts, manage staff, and support the managing director and two managing partners on business development initiatives. She will directly report to founder and managing director of The Wired Agency, Angela Hampton.

Glad U Came has acquired the influencer marketing mandate for The Momo Co, a brand of momos. The Mumbai-based PR agency will be responsible for designing and executing influencer marketing and celebrity gifting campaigns and establishing brand recognition among Indian consumers.

VaynerMedia has appointed Marc Langenfeld as head of media for Asia Pacific with immediate effect, reporting to APAC managing director, Tim Lindley.  Langenfeld has over 12-years of experience in the APAC region, most recently as the APEX regional lead at Publicis Media APAC and he has also worked with Dentsu and Carat in various regional capacities.

Grab has hired five leaders to further its advertising capabilities and strengthen the technology, product, marketing, partnership and operational capabilities of its GrabAds offerings.

Insights and research consultancy TRA has announced the appointment of a head of innovation and two new directors to join its Sydney team. This follows the recent opening of Sydney’s office and appointment of its managing partner Terri Hall.

The newly created roles will report to Hall.

Following one year of working with digital media agency M&C Saatchi Performance, Beam Suntory has extended the partnership until April 2024. The extension continues to see the agency responsible for the digital media planning, buying and strategy across key Beam Suntory brands such as Jim Beam, Auchentoshan, Roku and Strong Zero. Over the next two years, the agency will cover performance and awareness duties across key countries in Southeast Asia including Singapore, Malaysia, Thailand, Vietnam, Philippines, and Cambodia.

Mercury PR has been appointed as the PR agency for Puma in Singapore.