These days it’s all too easy to check out of the state of the wider creative industries and focus on your own vertical.

However, every now and then you’re walking down the sidewalk minding your own business, and you tread in something that triggers you. Such is the case with Samsung’s ‘SpaceSelfie’ mission, which crashed to earth literally and figuratively at the weekend, as a stellar example of the industry’s failings.


This is ground control to Major Tom

Last week digital media (everyone’s sidewalk) lit up with the news of BBH London’s ‘Samsung SpaceSelfie mission’. The promise to consumers that registered on Samsung's website and uploaded their photograph was no less than a bespoke and limited-edition "space selfie." Yes, YOUR face captured over real-time shots of the planet. Cue glitzy launch event with Samsung’s ‘partners’ Cara Delevingne and a footballer that currently plays soccer.

At first exposure to this campaign, my heart sank. The space stunt was planned to coincide with the 50th anniversary of the moon landing, perhaps humanity’s greatest collective moment... an occasion where we rose to a global consciousness for a sweet, glorious moment.

There is something about infinite and wondrous space that begs the deeper questions of the star gazer... "who are we?," "what is our place?," and "what is our potential?." Here in this very space Samsung inserts itself with "Look at me!," a selfie, an everyday act of narcissism. Samsung sullied space!

Can you hear me Major Tom?

However, the gods would reject our vanity... It is unclear from Samsung’s defunct ‘Mission Control’ website precisely how many #SpaceSelfies were taken, social media suggests at least several, before the mission crashed to earth Saturday into a Michigan couple’s paddock.

Samsung’s ‘SpaceSelfie’ mission was now being described in a chyron as "space junk" on national television. This entire mission, even pre-crash, is a prime example of industry malaise.

Your circuit's dead, there's something wrong!

What’s the problem? It’s just a bit of fun, right? Well, aside from dropping dangerously out of the sky where it could have easily killed something (seriously, what on earth did you think you were doing?!), the Samsung SpaceSelfie mission exhibits seven industry sins:

It is asinine. Space, the final frontier, represents humanity’s greatest hope, our future. It inspires a sense of awe, wonder in children and adults alike. And here it is juxtaposed with a selfie, an act of transient narcissism, without sense or thought.

It is banal. A group of sentient adults in a room repeatedly allowed this to pass through every stage of development. That no one stopped to ask "what are we doing?" or that that no one slipped into an existential crisis, "what on earth am I doing?", in the process of conceiving and executing this project is beyond me. Doing something so difficult for something so pointless and transient reflects the crisis of purpose in the industry. 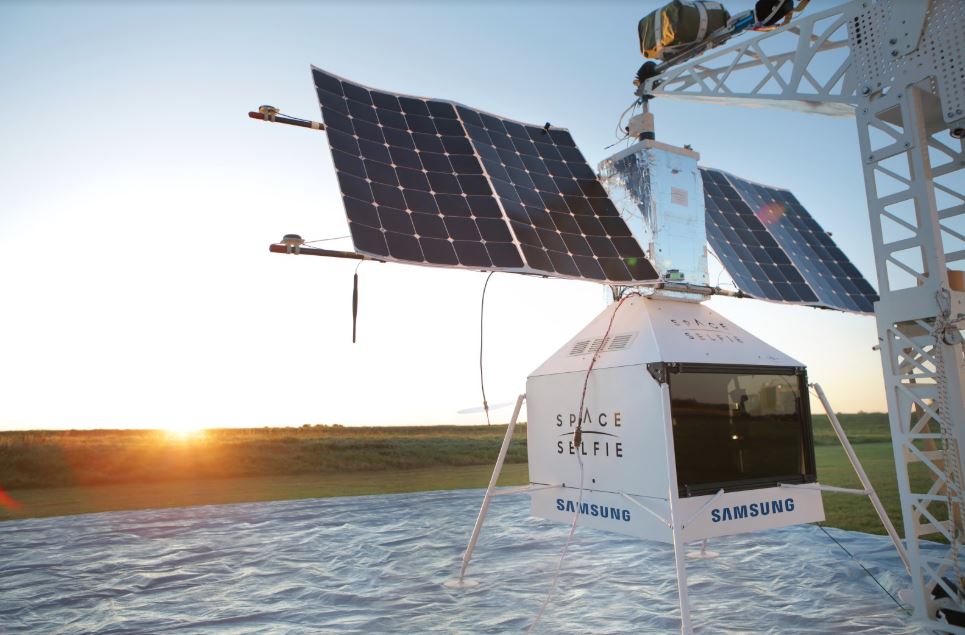 It is misleading, on the verge of a breach of the UK’s Advertising Standards Authority code. The campaign title and promotional material refers to space repeatedly, suggesting the Samsung Galaxy 10 can operate largely unmodified in space, and that the consumer’s selfie is taken in space. Weather balloons of the type deployed by Samsung and BBH rise to an altitude of 24 miles (39 kilometers) with space beginning an additional 51 kilometers above the Earth at 100km.

It is unoriginal, a facsimile of the 2013 ARKYD Planetary Resources Kickstarter Campaign, without acknowledgement or reference. At the time of writing I have not heard back from Planetary Resources CEO Chris Lewicki as to whether he was consulted regarding the use of their idea.

It is wasteful of precious talent. BBH London declared a crew of 38 humans responsible for the mission, as well as a number of additional partners. Huge props to the team that pulled it off - those of us who have had the experience of working with Samsung will know they suffered for the project. This was a technical feat involving a staggering and diverse array of experts... all in the service of facilitating several space selfies. It is excruciating to imagine what good could have been done with the same team and resources.

It is unchallenged by press and industry figures alike, complicit in relaying the press release word for word and celebrating the achievement without an ounce of reflection or critique. If we want to achieve a higher standard than the starting point should be "what is this?" rather than "this is!". This is fare canned for Cannes.

It is unsustainable. Between the technology, vendors, launch event, talent, media, agency fees, and production, would I guesstimate the budget to run into over eight figures. Divide the number of selfies by the budget one would wretch. It is a sustainability nightmare in an age where we should simply know better. 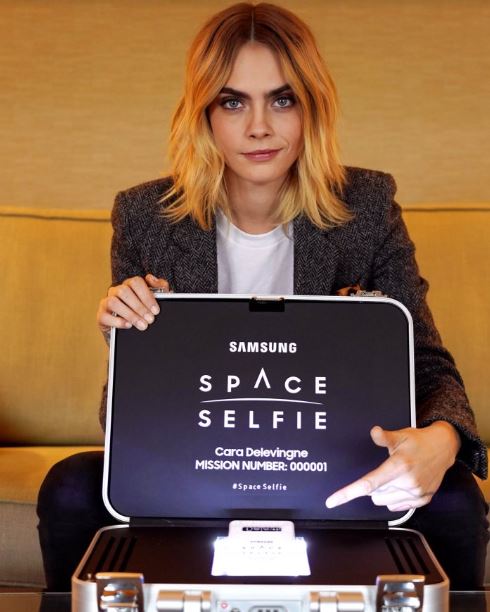 And there's nothing I can do...

How can the creative industry better ‘work with’ space to inspire? Take a leaf from the same Kickstarter platform from which BBH took their inspiration with the example of Pioneer Plaque: A Message from Earth.

A thoughtful and enduring recreation of Carl Sagan’s Pioneer Plaque, one of the farthest human-made objects in existence, which is as of 2016 10 billion miles from Earth, traveling at 26,900mph. ‘Space’ can be hard to work with, but it’s possible to do work that exhibits reverence for the subject, inspires thought, and honours the original creator. I’ll take Carl over Cara, thank you.

Can you hear me Major Tom?

With the stock price of Publicis and major ad holding groups continuing to decline precipitously, the industry is desperately seeking a response to the body snatching consultants, the flight of talent, and frankly... continued relevance. These very public gimmicks are the equivalent of a stick of dynamite tossed into the hole the industry has already dug for itself.

The reckless waste of resources and talent has to end if the marketing and advertising industry wishes to avoid falling out of orbit and burning up in the atmosphere. It is not the discipline or craft that is at issue, marketing is an essential component of enterprise success, it is the execution, and application. We have a duty of care towards the creative industries and the creative class to demand better and to do better.

Jules Ehrhardt is founder of the Creative Capital studio FKTRY, former co-owner of ustwo, and author of the State Of The Digital Nation series. He can be found at @ezyjules.