Media spent on inventory using ads.txt, the IAB programmatic advertising transparency initiative, went up by 45% year on year at the end of 2019, new figures reveal.

The first Programmatic Insights study from BidSwitch, the programmatic infrastructure provider part of Iponweb, also found that spend on reseller and unauthorised supply went down during the last three months of 2019.

Ads.txt is a simple text file that publishers place on their site to publicly list vendors they have authorised to sell their inventory, while adtech companies can also declare their authorised resellers. Since its 2017 launch, the ads.txt initiative has seen widespread adoption globally, including by 60% of US top-tier publishers. The US is by far the world's biggest programmatic media market. 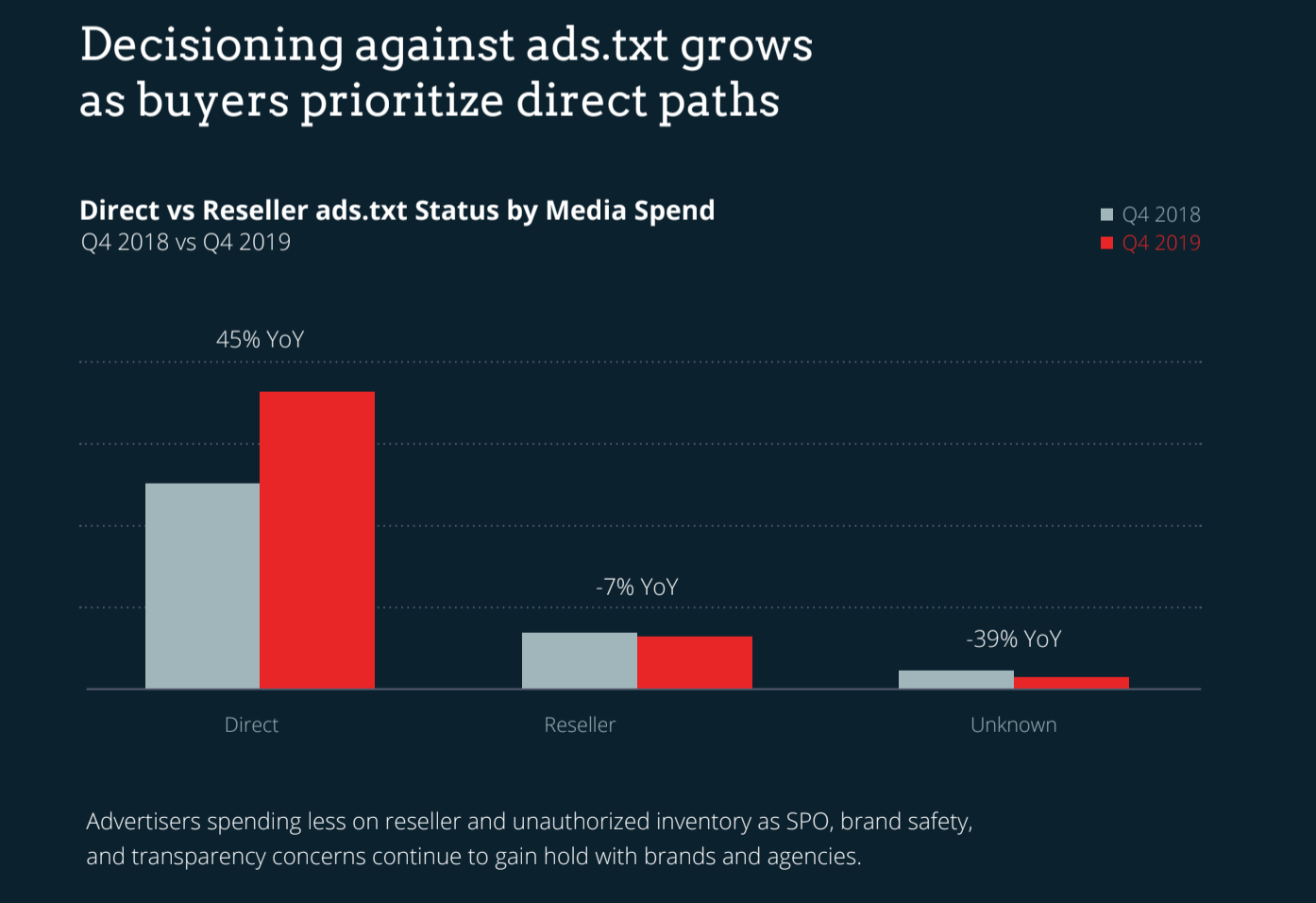 The report also found an increase in revenue for media trading via marketplaces. Deals in private marketplaces saw effective cost per thousands that were 3.2 times higher than inventory sold across the open exchange; while public deals were 1.7 times higher.

Ad impressions that are not matched through cookies were found to have eCPMs that were a third of those that use cookie syncing. 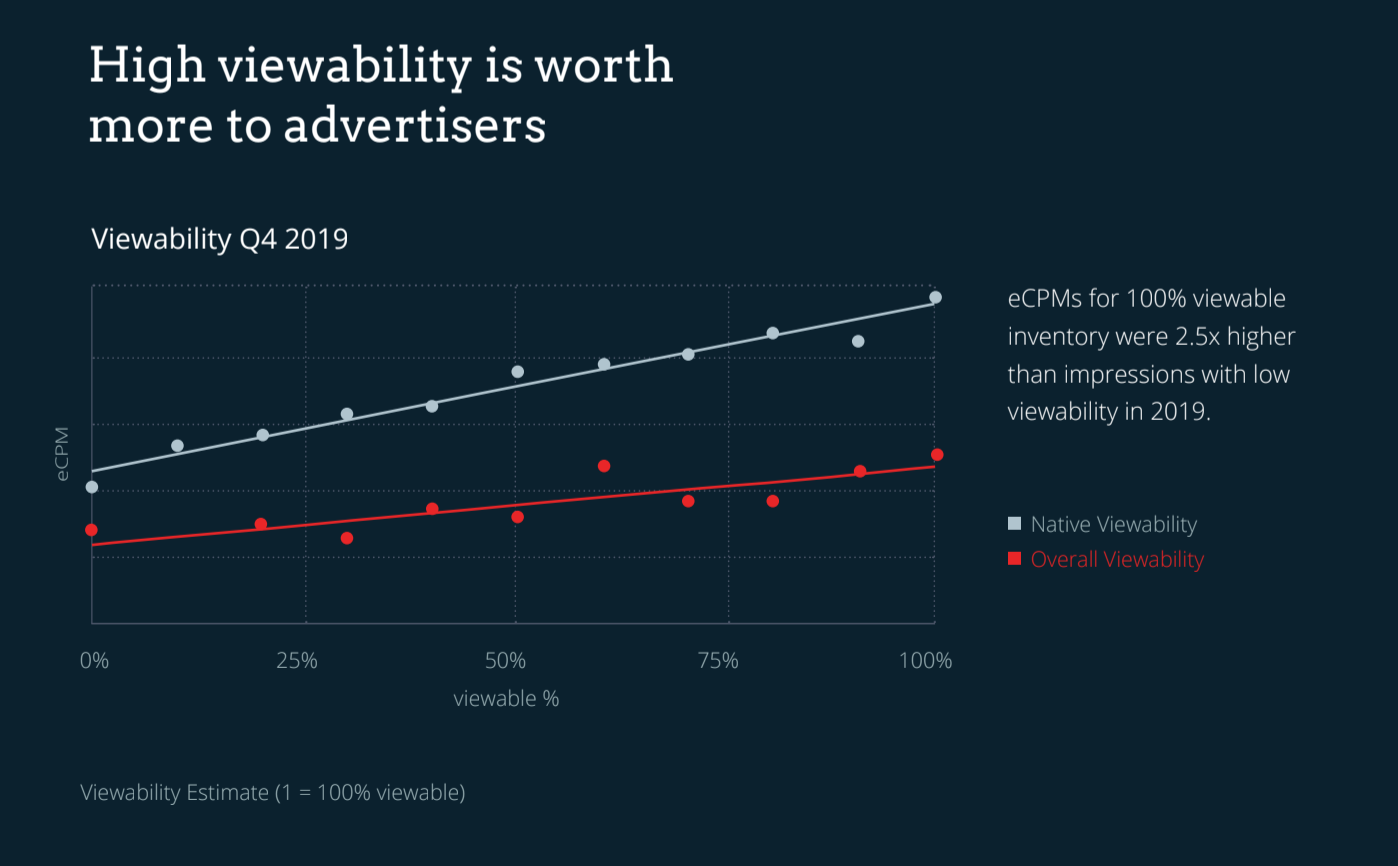 The report also detailed how above-the-line media is moving into programmatic, with bid requests for digital out-of-home more than doubling (up 107%) year on year, while connected TV was up 39% and audio increased 16%.

Bid requests for native ad spots grew 70% during 2019, compared with the 7.5% increase seen by display, although CPMs for each category were similar, the report added.

First price auctions accounted for almost half (48.25%) of media spend in 2019, compared with second price, representing a 181% year-on-year growth. Header bidding spend grew 54% year on year in the fourth quarter of 2019 and eCPMs were up 18%. 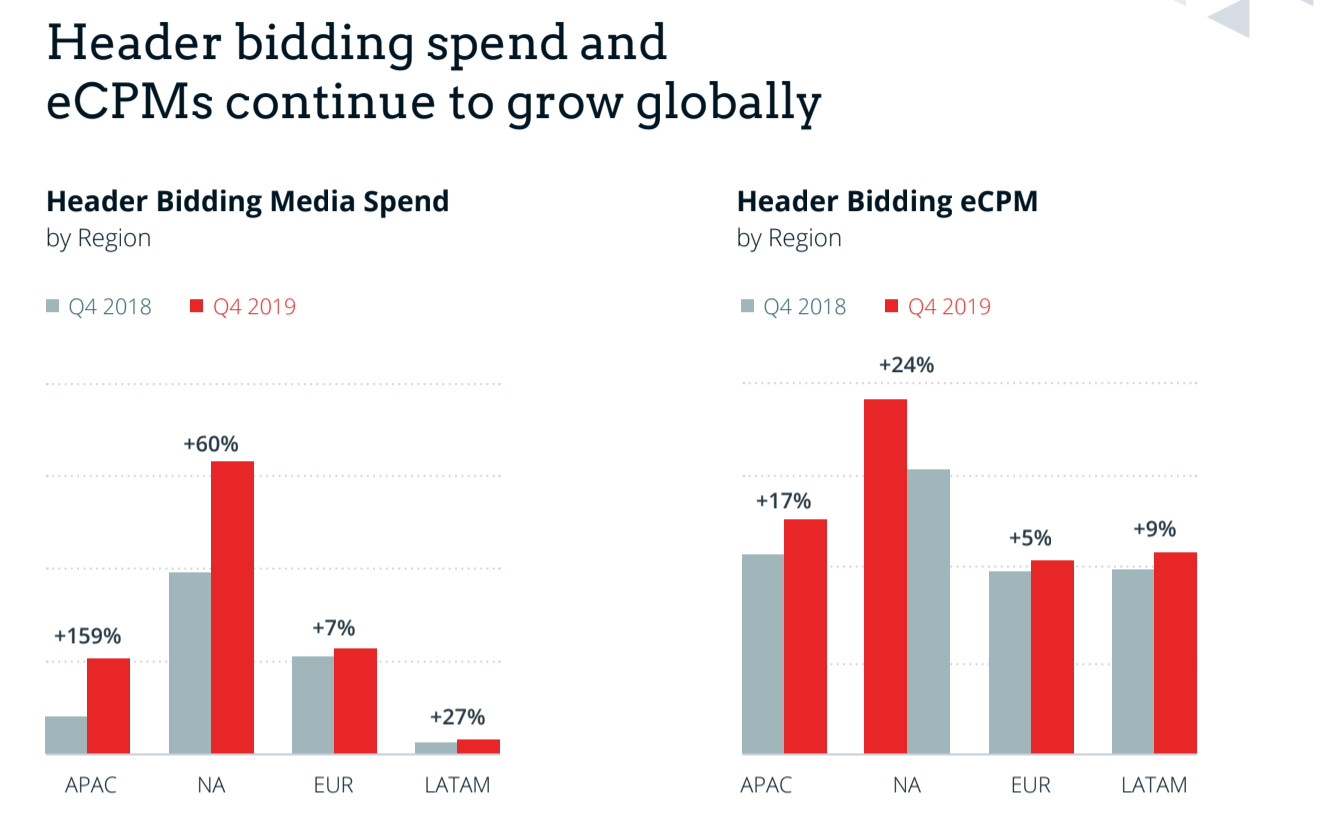 According to Zenith, $106bn was spent through programmatic channels in 2019, representing 19% growth compared with 2018.

However, the Publlicis Groupe media agency also warned that the programmatic industry faces challenges that need to be resolved before advertisers can realise the sector's true potential, such as balancing privacy and personalisation; cleaning up the supply path; and unlocking the capabilities of first-party data.