On Monday, Airbnb CMO Jonathan Mildenhall called upon women and creatives of color to send in their most "stellar work" for a chance to meet up at the Cannes Lions festival in June.

"The most diverse brand needs the most diverse creative team," Mildenhall tweeted on Monday with the hashtag #CannesDoDiversity. Mildenhall includes a link to Airbnb’s diversity micro-site, which now includes a special section that prompts those interested to email [email protected] to connect.

Cannes has long been a place for agencies to recruit new creatives, and for creatives to advance their careers. Traditionally, the recruiting has taken place quietly to avoid upsetting current employers or quasi-friendly competitors.

But Airbnb has been on a mission of late to diversify its creative team, and the company doesn’t seem inclined to be quiet or patient about it.

"The industry has been talking about the need for diversity for as long as I’ve been in it," said Airbnb CMO Jonathan Mildenhall in a press release promoting the Cannes recruitment effort. "It is now time for us all to stop talking, and start on-boarding opportunities for these vastly underrepresented creators. And I, for one, will do everything within my power to ensure we do so."

The message on the Airbnb careers site makes it clear that qualifying creatives don’t need to be in France for an opportunity to join the team. "And if you’re not going to Cannes, we should still talk," it says. Airbnb did not immediately return calls inquiring which positions it was hoping to fill or how many candidates it was hoping to meet.

Armed with its "Belong Anywhere" slogan, Airbnb—part travel agency, part home-sharing platform—has already done much to nurture inclusivity among its members. Most recently, the brand promoted a movement around marriage equality by giving out free "acceptance rings": incomplete black wedding rings meant to symbolize the gap in marriage equality in Australia. The campaign received 98 percent positive sentiment, and rings were ordered at a rate of over one a minute, according to the company. 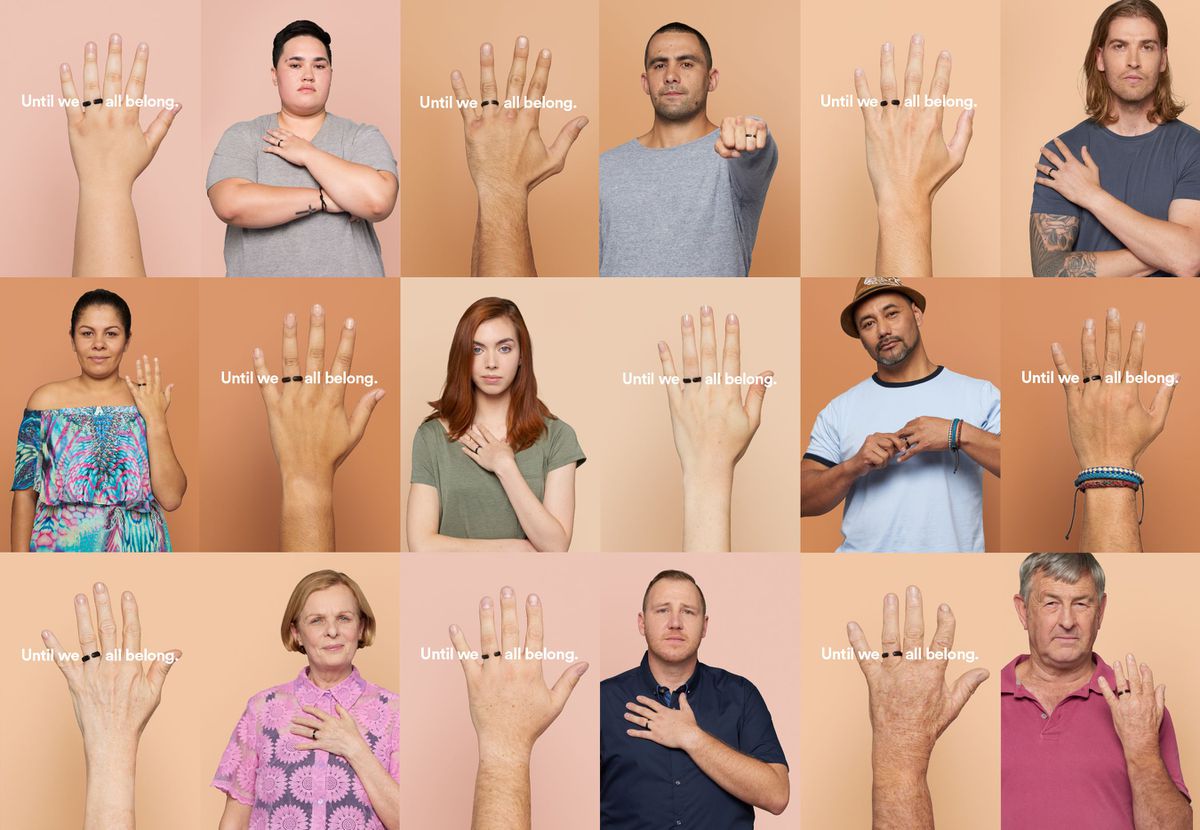 And in February, after opposing Donald Trump’s ban on immigrants from Muslim-majority countries, the brand launched its #WeAccept campaign with a Super Bowl commercial that promised housing for 100,000 people in need, beginning with refugees, over the next five years.

Mildenhall, has also been an outspoken advocate for including more ethnic judges at Cannes. This year, the former Coca-Cola and Mother executive will be chair of the Creative Effectiveness jury.

Although Airbnb has built its brand around diversity, the company is currently facing its own deficit. The brand posts the gender and ethnic makeup of its employees online, and in 2016, about 43 percent of employees were female, a number that shrunk to 30 percent among the company’s leadership. When it comes to multiple ethnicities, the representation is even worse.