The agency, J4D Digital Creative Communications, reports that the display included 761 horses. That's a reference to not only the car's name (Taycan roughly translates to "lively young horse" in Turkish) but also to its power (the top-of-the-line Taycan Turbo S can produce 561 kW, which is equal to 761 PS, which is the metric version of horsepower).

Ad Nut has asked for more details about when the campaign took place and whether there was a traditional media campaign along with the nifty display.

Update 8 December: J4D worked with TWC Brand Strategy Company on the campaign, as well as production company Googgoog; Giantstep, which helped to visualise the horse graphics; and technology company Silolab, which helped realise the display. On November 10 the companies exhibited the Taycan and a fixed hologram rig at Dongdaemun Design Plaza in Seoul. From November 24 through 26 the hologram truck went through main spots of Seoul, including Gangnam, Yeouido and Garosu-gil. The route was publicised in advance to help encourage people to post photos on Instagram under the hashtag #TaycanHologram. The above film has been airing on TV since December 7 and also was displayed on an 80-meter wide DOOH screen at Coex K-pop Square.

Ad Nut has posted an additional gallery of photos that J4D provided, and encourages you to check them out. 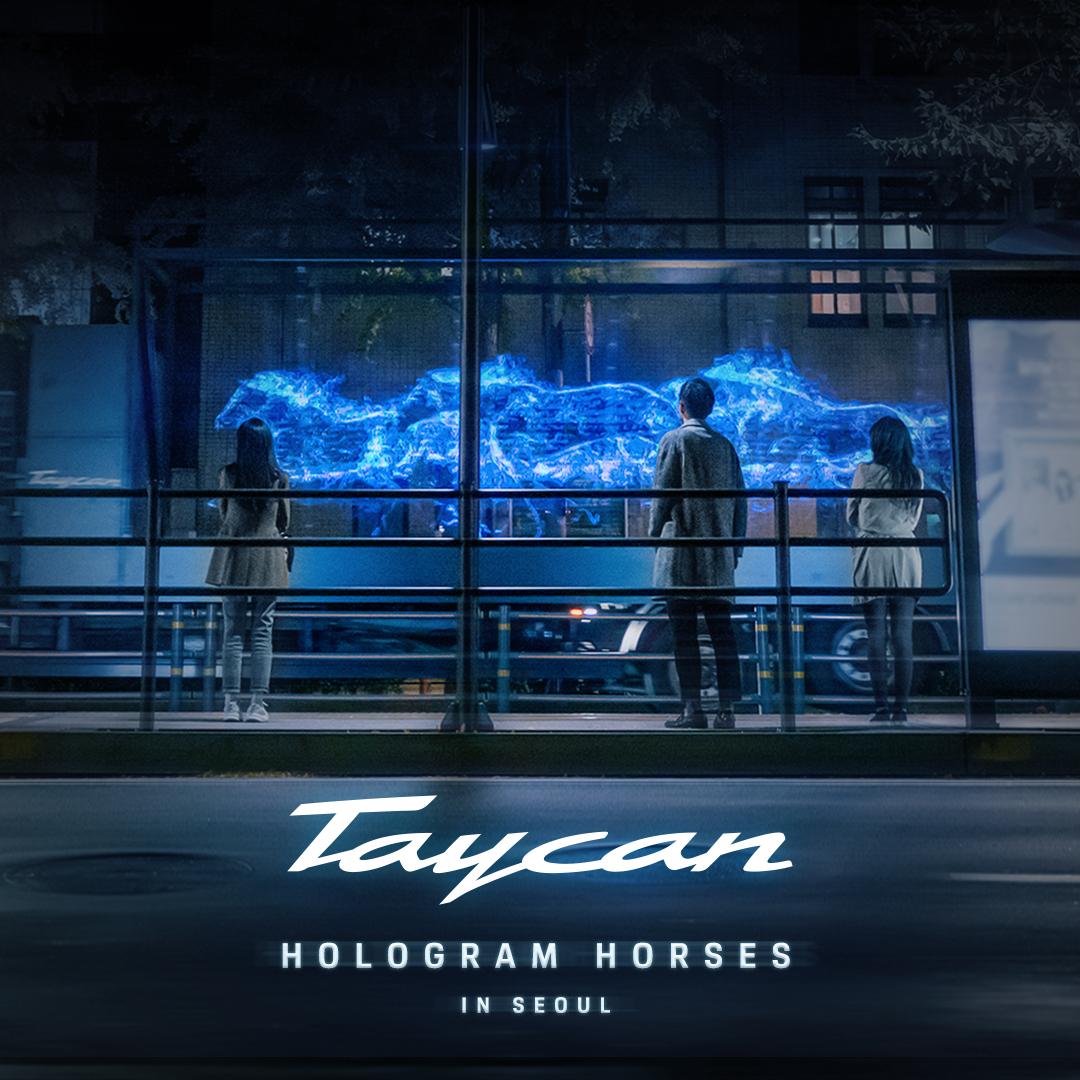 Porsche and Coke let fans hear the roar of engines ...