There are two core components that define a 'true' metaverse, according to early investors in the concept: decentralisation and interoperability.

Rather than having a centralised entity pulling the strings, decentralisation distributes control and decision-making to a network. In this open, permissionless environment, consumers are in command, able to build and determine the future of their experiences and be sovereign over their own identity and creations. Decentralisation is largely facilitated by blockchain technology, which allows users to track the provenance and ownership of digital assets on a virtual ledger and could power self-sovereign identities in the future. Storing data with users as opposed to with individual platforms allows for interoperability, by which users can easily teleport from one experience to the next using the same 'digital twin'.

This is fundamentally different to the closed ecosystems of Web 2.0, where platforms own customer data and digital assets are platform or game-specific. Building 'walled gardens' around customer data has allowed tech platforms to build powerful advertising engines that have made them the trillion-dollar companies they are today. Are these giants prepared to rescind control over their strongest asset, customer data, in the so-called next iteration of the internet?

Facebook cofounder Mark Zuckerberg, who is attempting to transition the social-media company into a "metaverse company", recently discussed the challenge of interoperability. In its third-quarter earnings call on October 25, he said the company needs to strike a balance between "enabling research and interoperability with blocking down data as much as possible".

It's a concerning sentiment for those who want the metaverse to be built upon the consumer empowerment that decentralisation affords, especially given how much investment big tech is pouring into the metaverse. Facebook renamed its portfolio of companies to Meta last week to reflect its ambition to build the metaverse and has set aside "billions" to develop it. While Zuckerberg has said the company wants to support interoperability, its approach to hardware tells a different story. For example, the company's Oculus VR devices require a Facebook account to use.

In the fourth part of Campaign Asia-Pacific's series delving into the metaverse and how brands should prepare for it, we ask eight experts from across the marketing universe for their thoughts on control and ownership in a virtual realm. Will it be dictated by big tech or by consumers? Will we end up with multiple versions of the metaverse rather than a single, utopian, decentralised world? How will platforms derive value and protect their most valuable assets? I expect the current walled gardens to exercise all their energies on taking control of the metaverse, which would mean it wouldn’t be a metaverse at all. And I expect the innovators and entrepreneurs who make small, early moves either to resist this, or to sell out to the walled gardens. A lot will depend on whether those innovators are seeking a lucrative early sale, an even bigger payday down the line via their own IPO, or the creation of a new, decentralised internet 3.0. It could all come down to the personal life choices—shaped during the pandemic—of a handful of as-yet-unknown Lords of the Metaverse. Place your bets. It’s early days on this one and a bit hard to wrap our heads around, I think. A true metaverse wouldn’t have the walled gardens we have now, but those walls likely aren’t going anywhere, so what does that mean for the metaverse? I think we’ll see the current walled gardens being led more by their communities. At the end of the day, businesses follow the money, right? And if the money shifts away from their platforms because of smaller players rising in the realm of the metaverse, then they are going to pay attention.

With that stated, I think we’ll see platforms stay somewhat walled, but open up more to integrations that are cross-platform [in nature]. Similar to how our personal IDs are now commonly used across different platforms, I think we’ll have the ability to port ourselves in a similar way with things including our currency, digital possessions, preferences and avatars.

Consumers are now more than ever realising their power. This comes through their voice, their personal communities, their place on platforms and their money. They have the ability to walk away at any time, and a thriving competitive landscape means there are other options and will continue to be. So we’ll need to follow the lead of consumers, and I think that’ll be much more grassroots-led. If we look at the current state of DAOs (decentralised autonomous organisations), this is what you see happening. Voices are powerful alone but of course are more powerful together. Through coming together to decide on future developments, investments, and new worlds, consumers are the ones calling the shots. The walled gardens will just need to decide whether they want to be a piece of that puzzle through integrations (or fully opening up their platforms, which is unlikely) or if they are going to risk being left behind. I fundamentally don't believe that the largest platforms like Facebook are prepared to exist in a decentralised or interoperable world, and I think they're going to look at creating their own enhanced version of their world. Other platforms—be they gamified platforms, music-driven platforms—I think recognise that their greatest asset is their ability to have fan creation, user-generated content and to be interoperable. There's going to be a fundamental paradigm shift from ‘my greatest asset is my ability to hold on to this data and to monetise it’ to ‘my greatest asset is my ability to be spread throughout the virtual realm’. I don’t believe there’ll be one single entity that will ‘control’ or ‘own’ the metaverse. The whole idea behind Web 3.0 is rooted in interoperability, accessibility, and decentralisation of power. Facebook (or should I say Meta), is just the latest of a string of companies to invest in the direction of where the internet is heading. The metaverse has been growing exponentially, faster than the previous versions of the internet or entire gaming industry ever did. Just look at Roblox or Fortnight, whose investment and user bases are already thriving. Roblox alone was valued at $41.9 billion in March and has over 44.3 million users. Whilst Meta will no doubt contribute attention, jobs, and research and development to the metaverse—I’m cautious that it features most of its own ecosystem exclusively.

Instead, I’m placing my bets on platforms like Decentraland, which is a completely shared, decentralised virtual space that’s not owned by a singular private company. Last week for example, Decentraland held ‘The Metaverse Festival’. Featuring artists, musicians, NFT badges, digital wearables and creator stations and stalls and so much more. Everyone could participate and contribute. Yahoo hosted an afterparty with scotch whiskey brand Monkey Shoulder and brought performances by Krafty Kuts and A.Skillz to a branded stage with digital wearables. This kind of innovation, rooted in true collaboration, is the version of the metaverse that I’m subscribed to. The metaverse is an umbrella that covers a variety of experiences. By openly focusing on it, Facebook (now Meta) is joining a group of other ecosystems that have existed for a while in that space including Epic Games, Unity and Roblox. If we look at it closely, it is not so different from the 1990s battle between MacOS and Windows or the more recent competition between Google, Facebook and Apple to keep people within their respective ecosystems.The metaverse is a different type of experience, primarily immersive, which adds the need for new hardware, such as immersive headsets and glasses. This hardware will probably only be compatible with specific universes. The Oculus Quest is a good example, as it only works with a Facebook account. This will keep these ecosystems apart from one another with, at best, some low level of integration between them—just as we have right now in the non-metaverse.

The metaverse as explained by Facebook just looks like an immersive version of its current products. In regards to the current set of controversies with social platforms, it feels like the metaverse should instead be a blank canvas for all. There is an opportunity to put humanity at the centre of a new generation of experiences. There is an old short from 2016 that tried to visualise what could happen when digital experiences are layered on top of the real world. It’s both impressive in terms of what technology could achieve but it also remains terrifying in its vision of what it could be. We really need to approach immersive experiences with humanity in mind. 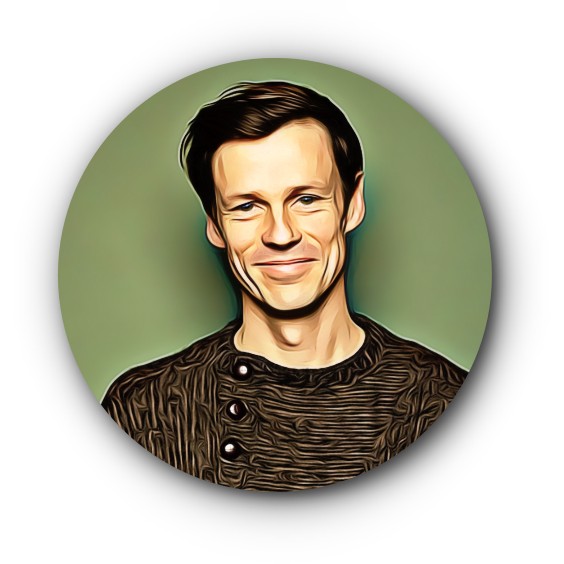 The incumbent tech companies will most likely follow very similar paths and want to ensure they create the most compelling areas within the metaverse that enable maximum and direct engagement and interaction. Which for many is the antithesis of what this next shift should represent. But just as with the birth of social media and Facebook’s evolution of their own platform in those early days (from branded community development to a pay-to-play model) there will be a whole host of new opportunities for existing and new players to create platforms and experiences that leverage the opportunities that interoperability and decentralisation afford. The definition of utility, an often-used word in the world of tech, is "the state of being useful, profitable, or beneficial". Platforms like Facebook started off as a utility but then used that to become a so-called walled garden where they exert control and use that for monetisation—lots of it.

The metaverse is underpinned by the principle that it is interoperable and puts the user at the centre, which is completely counter to control by one party and therefore by definition a threat to the existing big platforms. The natural instinct would be to create 'miniverses' that work by their rules, or gobble up rising metaverse players—similar to how they have acquired companies like Instagram or Oculus Rift. But that would be putting form over value to protect what was built versus continuously transforming to provide meaningful utility. A simple rebranding into Meta clearly highlights the quest for continued control.

Ultimately in the metaverse there is one constant and central party—the consumer. They will decide and vote based upon who can enable them to move fluidly through the new universe. It will belong to the parties that create value and work with the user instead of controlling them. In other words, metaverse equals 'metacreator' and 'metaconsumer'.

Meta to slow pace of long-term investments amid ...

Building a more inclusive world in the metaverse? ...

The fall of the House of Meta?