The speed at which teams are expected to work is the biggest challenge facing creatives, according to a study.

Findings by InSource and inMotionNow, as part of its third annual In-House Creative Management Report which polls 600 people in marketing, found that creatives are pushed to the limit in several areas. 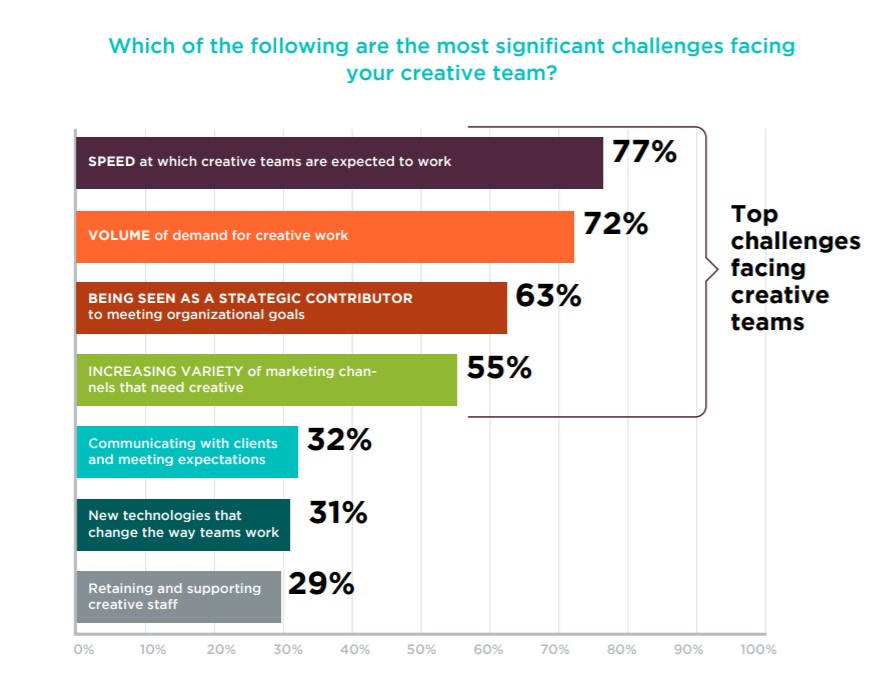 Adam Morgan, executive creative director at Adobe, said: "We often push creative teams too hard on speed and volume. There is the old adage that you can choose quality, speed, or cost, but not all three. Sometimes two, but never all three. So we say the most important thing is quality creative, but then we measure on speed and efficiency. Creative teams need to start using metrics that show the quality of their work and their power as a strategic partner."

Observations of the unique value in-house agencies can bring has fueled maturity and growth over recent years.

The report found that 72 percent of in-house creative teams handle 75 percent-plus of the organization's creative work. Around 60 percent of companies said they’ve had an in-house team for ten years or longer. A total of 89 percent of those surveyed said this type of work is important to meeting business objectives. 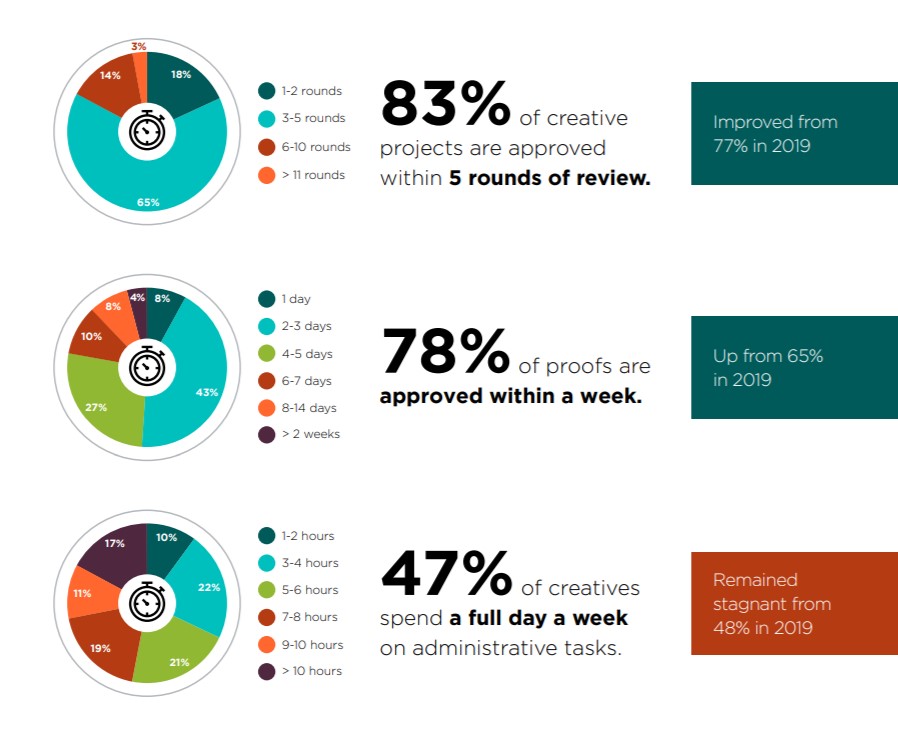 Meanwhile, two thirds of creative teams report taking on new responsibilities outside of traditional roles. These indicate the increasingly strategic partnership that such teams have on a business including driving company culture and owning customer experience.

Research suggests that at least one problem with today’s creatives stem from little feedback. Around 55 percent of creative teams rarely or never get quantitative feedback on the performance of their work, and only half feel that their team does a good job tracking internal operational metrics.

Ben Hartmere, CEO at inMotionNow, said: "The theme for in-house creative teams in 2020 is ‘partnership.’ Partnership with the business, partnership with agency talent, and partnership with clients. In-house teams planning for this year and beyond should be consistently asking themselves ‘how can we be better partners?’ We hope that this report provides readers with strong, data-driven insights on areas of potential focus." 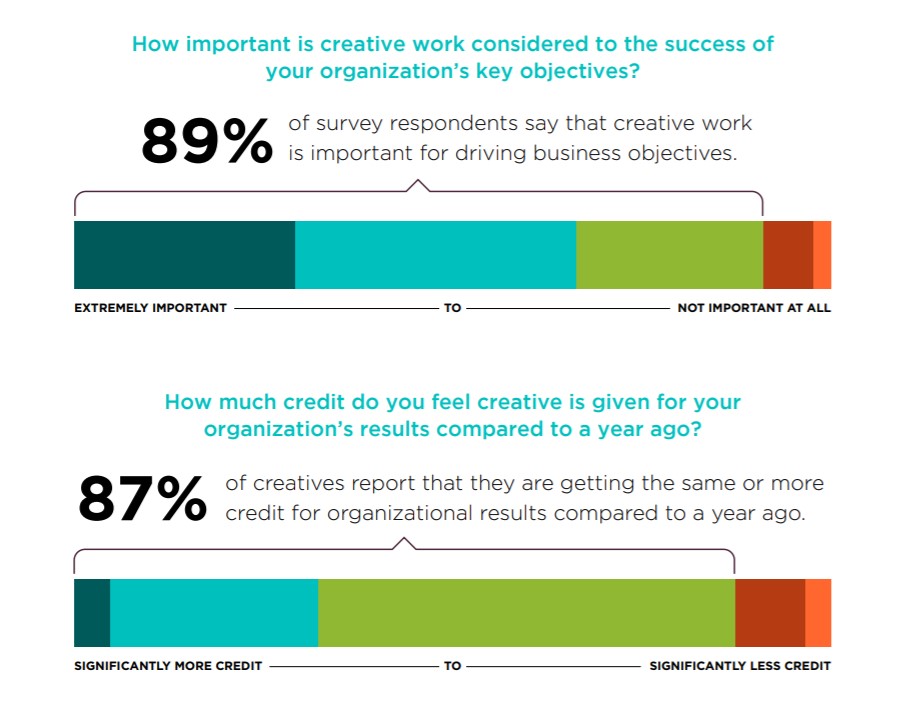