Mars brand Maltesers is known for getting candid about women’s diverse experiences. After its 2016 ad depicting a young woman with cerebral palsy joking about an awkward sexual encounter, subsequent campaigns have told stories about a woman going through the menopause, a lesbian’s love life and, most recently, mums’ mental health.

Those campaigns were a “catalyst” for Michele Oliver, global corporate brand and purpose director at Mars, to tackle gender diversity in marketing, she tells Campaign. Since those early efforts with Maltesers, she has set out on a mission to make Mars a more equitable business for women – both in its advertising and behind the scenes – and has become one of the industry’s most outspoken advocates for gender equality.

Ahead of International Women’s Day, Mars launched a campaign to listen to women “whose voices are not typically heard” in marketing, Oliver says. But IWD aside, she says that the industry’s progress on gender equality has not been fast enough, and she is intent on holding agencies to account.

Campaign spoke to Oliver about Mars’ actions, how Black Lives Matter influenced her approach and what more the industry must do to achieve true equality.

How do you think the marketing and advertising industries are doing on gender equality – have they made real progress?

It’s not fast enough and I’m always impatient for more progress. We still have a very low level of creative directors who are female – it’s shocking. This is completely unacceptable from a career progression point of view, but it also means that our creative content is primarily coming through the eyes of men and that puts institutional bias on our screens and impacts what people see.

We still see a gender pay gap across industries, including advertising and marketing. As a corporation we have audited our pay and we have a commitment to gender balanced leadership teams across everything, not just marketing; but in marketing, three out of four of our global CMOs are women.

The partnership we have with UN Women and the Unstereotype Alliance (we were one of the founding members) has helped enormously to measure, be transparent and make progress against our desire for a world where everyone can reach their full potential.

We know that Covid has unfortunately stymied the progress on gender equality. Typically childcare and caring responsibilities have fallen to women and they sometimes hold more insecure jobs. Therefore women’s progression in their careers or their ability to keep a job is suffering as a result. The UN estimates we were about 75 years away from equal opportunities for men and women, but because of Covid we’ve probably added another 25 years on to that. Those numbers depress the hell out of me. We all need to take what could be a problem and turn it into an opportunity.

How is Mars holding agencies to account on gender equality?

Importantly what we now see is clients holding agencies to account and asking agencies what their gender balance is. The first way is in the work. Together with our agencies, we’re auditing and publishing how representative the work that we create is. We audit every single ad in every single country every year. We don’t just look at the number of women in ads but at how they’re portrayed – are they always in the kitchen? Who’s driving the cars? It’s even in the language – are they using language of power or submission?

Second is we are members of the Free the Bid process so every time we make creative content, at least one of the bidding directors has to be a woman. That helps us get more women behind the camera, and if you get more of that you get better, more diverse content.

Thirdly, we’re actually speaking to agencies explicitly about the make-up of their teams. We’re working with agencies to say this is what we’re doing – we’ve got targets for our teams and are investing in leadership training – so what are you doing?

Most of our agencies have the same desire and objective to have a more diverse workforce. If you have the same people with the same perspective making content, you get the same content and that’s really boring. Marketing is about creativity, diversity, intrigue and getting different perspectives and points of view. It’s so hard to cut through creatively but diversity is part of the solution to creative cut-through. It’s not a problem the industry needs to fix, it’s a solution that will make it better.

Can you explain the motivation behind Mars’ #HereToBeHeard campaign?

The campaign is about listening to the voices of women. It came from realising that for more than 100 years women have been a massive part of building this multinational corporation – whether as owners, leaders or associates, but critically also as our consumers – yet we were not as advanced as we wanted to be on gender equality. 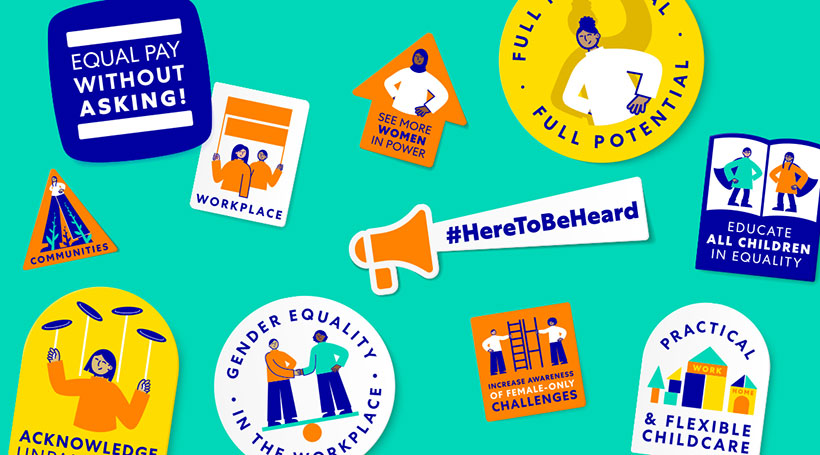 We have three areas of the business working for gender equality: marketing, HR – which is leading work on inclusive policies and equal pay – and our suppliers and supply chain. Those three pillars make up our programme for how we can help all women reach their full potential. We want to progress that even further but we realised that before we jump to action, we needed to listen. Listening in itself is an action so we created a campaign around that.

This is a global campaign specifically focused on the UK, US, Mexico, Brazil and France, and we’ve deliberately bought media targeting women whose voices are not typically heard. We’ve gone out and asked them one question: what needs to change so more women can reach their full potential?

The campaign launched in January and has got thousands of responses so far. We’ve partnered the Saïd Business School at University of Oxford to take those responses, analyse them and publish the findings this summer. We will make that report public so those insights can help us know what we at Mars, but also as an industry, need to focus on.

International Women’s Day is an opportunity for us to get as many voices as possible contributing to the campaign but this is at least a two- to three-year programme for us.

How did last year’s resurgence of the Black Lives Matter movement influence your approach to gender equality as a business?

Black Lives Matter influenced us a lot. First, to check our own privilege. I’m a woman but I’m a middle-class, privileged, white woman living in Oxford with a secure job. I realised that I don’t know what life is like for other women – okay, let’s not assume that some group of marketing people based in London really knows what matters to women around the world. [BLM] highlighted the importance of listening.

It also highlighted how important it was that the campaign tried to include all voices. We had to make sure that our message got to communities that are typically not represented by this type of campaign. For example, we partnered companies such as Spotify on a specific media brief to find minority-led podcasts. It wasn’t that easy, because interestingly diverse talent often struggles to get the same amount of support with ad revenue and to get their work out there. 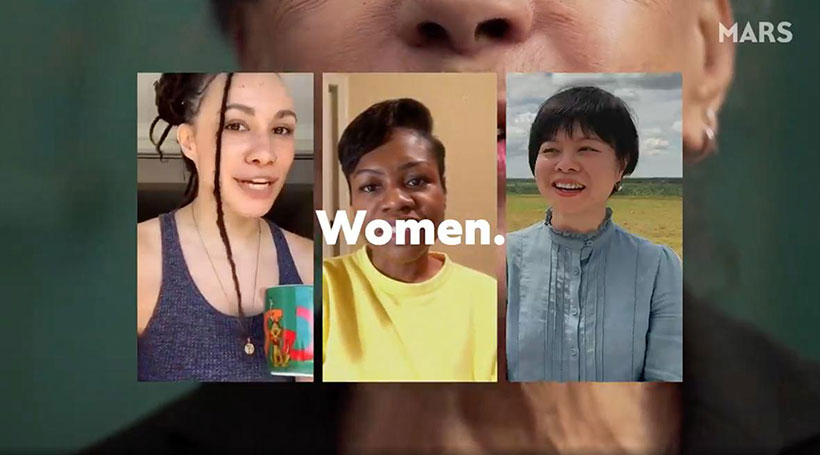 It also made us ensure that the data and insights we collect will be looked at intersectionally – so not just women but their ages, ethnicities, sexualities and so on.

Finally, should brands really be jumping on the International Women’s Day bandwagon?

I love International Women’s Day because it’s a moment in time to celebrate women, but it’s just a day. What matters is the work you do. My former boss always said it’s what you do when no-one’s looking that really matters.

There are two things that make a brand able to talk about this authentically. One is depth – it must be deeply bedded in the business. And even if nobody knows what’s happening behind the scenes, it comes out in the material that you produce.

The other is intent. Fundamentally if your intent is good and what you want to do is tell people’s stories in the right way, it plays out. It’s not so much about a right way or a wrong way – are you genuine in your intention?