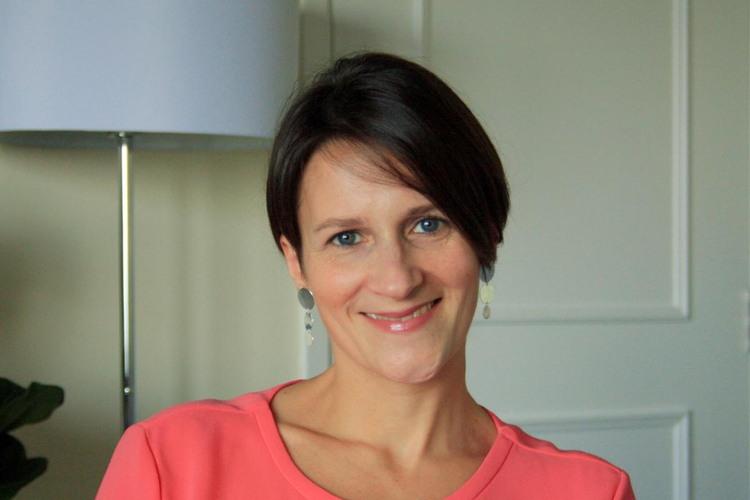 Hill+Knowlton Strategies (H+K) has appointed Abhishek Gulyani as CEO for India, who will manage the offices in Bengaluru, Gurgaon and Mumbai. With over two decades of experience in India and Asia, Gulyani’s resume includes running his own agency, Facio Communications, and working as senior counsel in other reputable agencies, including Avian ME and Genesis BM. Gulyani will focus on strategic counsel for clients while building H+K India’s client base and introduce new offerings from the global network including behavioral science communications model, H+K Smarter and communications training academy, Knowledge+.

Richa Goswami has been appointed as HSBC's new global head of customer and international, wealth and personal banking.  Last month, Goswami, a member of Campaign's Asia-Pacific Power List of influential marketers left her latest post as head of digital at Johnson & Johnson, where she served in several brand and marketing leadership positions over five and a half years.  Goswami has already extensive experience in the financial sector, including more than seven years as an SVP at HSBC, followed by senior management positions at Standard Chartered.

Deliveroo has expanded the remit of Golin Hong Kong to include its consumer PR in addition to the corporate PR the agency was already handling. Golin will now be tasked with communicating to consumers Deliveroo’s innovation, community-driven values and leadership in online food delivery through media relations.

Longines (Swatch Group) has awarded a new creativity mandate to Sid Lee Paris following a competition late last year. The agency will work on the launch of Longines' watches and eyewear products worldwide (Asia, Europe and North America), with full campaigns including creation, strategy, design and production, social media, and more. The collaboration began earlier this year, and the first campaigns will be launched this summer in Europe.

After nine months, Andreas Vogiatzakis has left his position as CEO of Star Media Group in Malaysia. Vogiatzakis joined in August last year from Havas Malaysia where he was CEO for three years. Prior to that, he was CEO of OMD Malaysia for just under a decade. A stock filing exchange confirmed that Vogiatzakis left to “pursue his own interest”.

Leo Burnett Orchard has gained Indian scooter-sharing company Vogo as a client through a virtual pitch from the agency’s Bangalore office. The agency will build long-term brand strategy, brand identity, and the relaunch campaign for Vogo. Marketing efforts will span digital and other innovative media options as well as key strategic partnerships with content creators to target the Indian commuter.

Criteo has named Taranjeet Singh as its new Southeast Asia and India managing director. Singh’s role will be to steer Criteo’s business strategy for the region and build on the company’s current portfolio of customers which includes Love, Bonito, Shopback, K&K Fashion, Tugo.vn, Tata CLIQ, and NYKAA. Prior to this, Singh was chief revenue officer and business head at online video-on-demand platform ZEE5, India country director at Twitter, and sales director at BBC News.

Neon Leaders, the brainchild of Jennifer Woollford, ex-Mars global brand director, has launched in Hong Kong. The company describes itself as a collective of senior marketing directors with experience across multiple sectors, industries and regions, available on a contract basis to provide companies with counsel and leadership on-demand. Engagements can vary from one-day workshops to long-term projects. NEON Leaders also gives senior marketers the opportunity to stay plugged into the industry and work collectively, whether they are exploring their next permanent role, seeking to broaden their experiences, or wanting flexibility to spend time with family, the company said.

Four brand and advertising veterans, Danish Chan, James Needham, Jamal Cassim and Matt Rose have launched a strategy consultancy dubbed Untangld in Melbourne. The company aims to take the science big brands use to succeed and give businesses big and small practical ways to win, while also offering products designed to enable clients to do more research and strategy themselves, according to a release. All four founders formerly worked at CHE Proximity. Untangld reports that it is launching with founding clients across Australia and the US.

Hong Kong Tourism Board (HKTB) Southeast Asia appointed Ogilvy Malaysia as its public relations partner in Malaysia following a pitch held in early 2020. Effective in May for a period of three years, the appointment will see the agency developing strategic communications campaigns reinforcing Hong Kong’s position as the travel destination of choice in Asia. Ogilvy’s immediate task will be supporting HKTB’s strategic recovery plan, unveiled last month. The HK$400 million (US$51.6 million) three-phase plan to reinvigorate Hong Kong tourism and support the trade includes the relaunch of "mega" events and a new tourism brand campaign later in the year.

Carousell has appointed Penny Cox as senior vice president of growth, and she will be responsible for Carousell’s overall growth strategy to attract more users and generate leads for merchants. She will also oversee all marketing functions in Carousell regionally, from digital marketing to brand and communications. Cox joins from ecommerce site Lazada where she held the same role.

Ogilvy Consulting, the global strategy and innovation arm of Ogilvy, promoted Christopher Brewer and Pierre Roinet as managing directors for North Asia and Southeast Asia, respectively. Both of them will report to Jerry Smith, the chief operating officer for Ogilvy Asia and principal consultant of Ogilvy Consulting Asia. The appointments follow the recent promotion of Lucy McCabe as global lead for Ogilvy's Customer Engagement and Commerce capability.

Strategic communication firm Finsbury appointed Richard Barton as a partner in its Hong Kong office. Barton has advised senior executives at Asian companies on a range of issues including hostile and friendly M&A, debt restructuring and insolvency, IPOs, corporate and reputation management, crisis, litigation, public affairs and stakeholder outreach. Prior to this, Barton was with Newgate Communications.

WarnerMedia Entertainment Networks and Sales appointed Athreyan Sundararajan as its vice president of marketing and brand service in Southeast Asia and the Pacific region. Based in Singapore, Sundararajan will be responsible for marketing, social media and creative services, as well as data and insight for the company’s kids and entertainment pillars. Brands under his watch include Cartoon Network, Boomerang, HBO, Cinemax, Warner TV and Oh!K.

Transcription platform Subly welcomes Paul Evans and Rob Atkinson to join as advisors of the company. Evans was the global head of media for Vodafone. Atkinson was the CEO for Clear Channel/Adshel/ARN.

Singapore-based online film marketplace Allrites has enlisted K7 Media to provide expert insights and opinion-led research on the latest TV and video trends from across the globe. The TV sales platform distributes Asian and global programming and has hired K7 Media to work alongside its inhouse team to help build exposure and provide additional industry insights.

BBC Studios Asia Pacific appointed Ding Ke as SVP and general manager for Greater China, based in Beijing, and named Phil Hardman as SVP of commercial strategy for BBC Studios Asia from 1 June. Ding is currently head of content sales and formats for BBC Studios in mainland China. Hardman had been serving as acting GM for Greater China, in addition to his role as SVP for commercial operations and strategy, since previous Greater China GM Kelvin Yau left the company in December. Both appointments are effective June 1. Ding took up her current role in 2017 and has been with BBC since 2011 in various roles in sales and brokering consumer product partnerships. Prior to BBC she worked for Chellomedia’s China branch Encore International. An accountant by training, Hardman joined BBC Studios in 2014 as financial controller for Asia, then became VP of finance and later expanded his role to include business and commercial operations and strategy.

BBDO Shanghai named Ariel Chen as group creative director to work on Mars, supporting Arthur Tsang. A copywriter, Chen has 20 years of experience in advertising creative, including a prior stint at BBDO, as well as Ogilvy, McCann, Leo Burnett and Magotan. She has been based in Taipei, Hong Kong, Shanghai and Singapore. Her brand portfolio includes Summer, Neutrogena, GSK, SC Johnson, Nestle, CHANDO, Pt, Yakult, VIVO, Oral-B, Bayer, Gillette, Colgate and many more.

Fortnum & Mason appointed Prime to handle its public relations in Hong Kong following a pitch. The British brand opened a flagship store and restaurant, 181 Fortnum's, in Hong Kong in November 2019 at K11 MUSEA. Prime won the PR retainer in April.

IPG Mediabrands' UM appointed Nicole Prior (nee Turley) as chief media partnerships officer in Australia. She also joins UM’s national leadership team. With a 20-year career in media, Prior was most recently chief investment and growth officer at Mediacom, where she worked for five years until April last year. Her CV also includes Starcom, Ikon, Ten and Seven. She spent the last year consulting.