The Quadrature Climate Foundation (QCF) is a group of more than 40 organisations, each with different missions, but united in the importance of COP26.

“We’re watching you” was meant to be its warning to travellers at transport hubs across the UK, as business leaders and COP26 delegates descended on Glasgow to put the climate crisis right.

The aim of the tactical takeover was to make passers-by confront real-life portraits of people from the front line of recent climate disasters, as opposed to greenwashing campaigns from big fossil fuel and energy companies.

Well, that was the plan.

Major UK airports and train stations watered down advertisements that showed the impact of climate change in the lead up to and during the COP26 conference in Glasgow because they were deemed “threatening and sinister”, Channel 4 News can reveal. pic.twitter.com/PolBqQh7d6

As reported on Channel 4  on 9 December, Iris insists it was met with resistance because media owners deemed the original work too political and alarming.

“When we shared the first creative concepts, we received a unilateral ‘no’ from everyone,” Ben Essen, Iris’ chief strategy officer, claimed. “The creative was deemed too distressing… not warm and welcoming… too sinister… too political.”

Working around the problem, Iris said it had to adapt the campaign to comply with the media owners.

“We received nuanced feedback from each media owner," explained Amy Bryson, chief marketing officer at Iris. “We had to go through rounds and rounds of iterations before they would sign things off.”

To move away from the feeling of scrutiny, Iris changed the headline copy from "We’re watching you" to "The world is watching".

Creatively, the team had to be selective in the images used for the out-of-home campaign, including no images that the general public might find distressing, like the depiction of people experiencing the effects of the climate crisis. 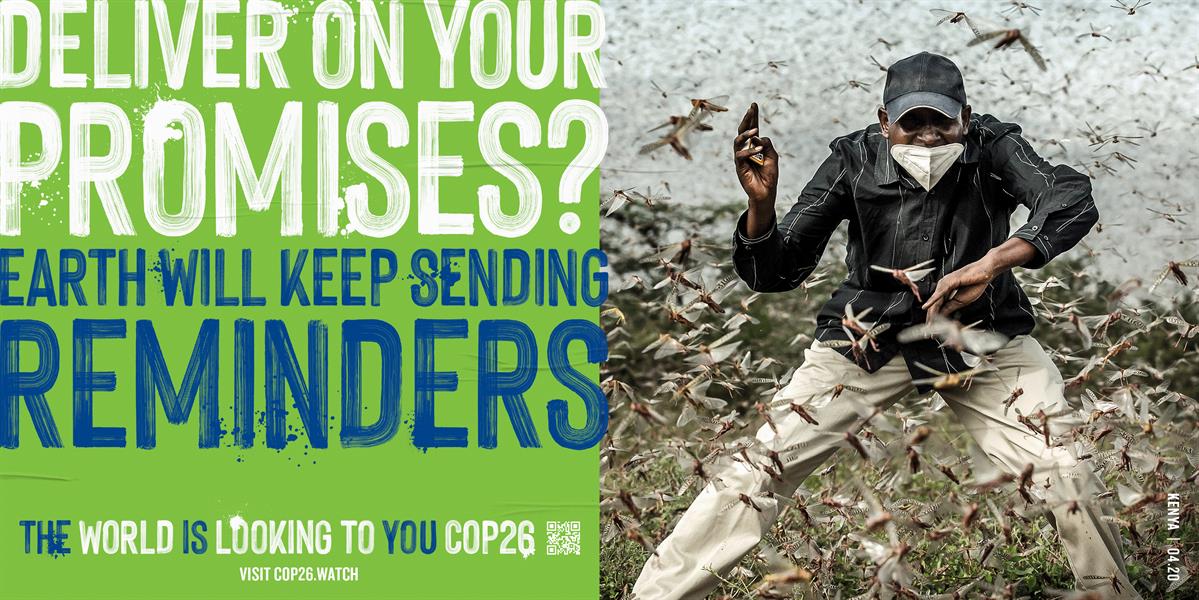 Iris also argued that in most instances, it had to crop so tightly that it was left with portraits of people as it was not able to show any context of their surroundings and the impact of each climate disaster (drought, flood, fire). 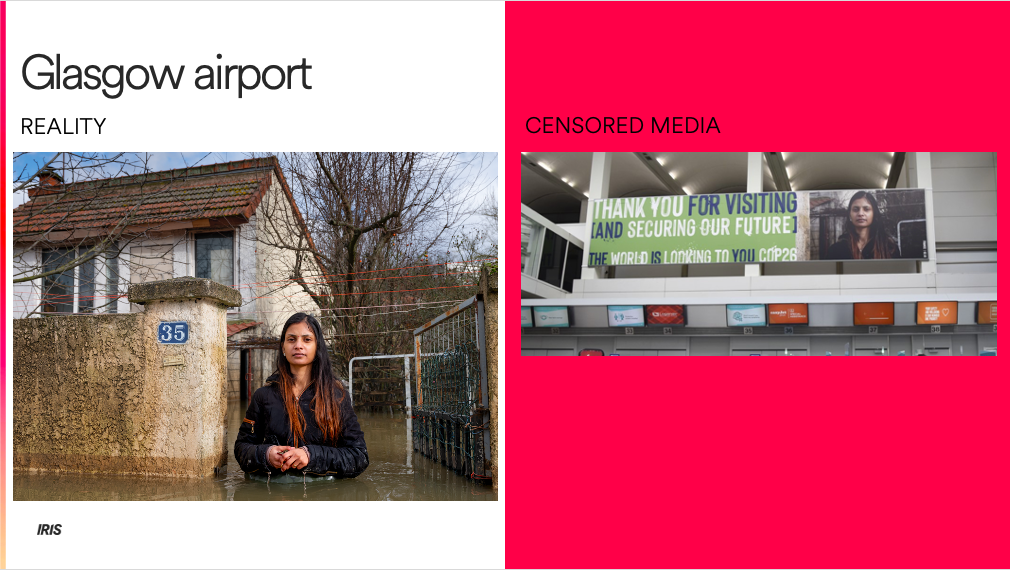 Lastly, the agency was limited on the inclusion of URLs or QR codes that would enable it to tell the human stories behind the crisis. Why this was, Bryson admitted, was not clear. “Other advertisers were able to use QR codes and URLs but we were only able to do this on a couple of sites. We think they were nervous about the campaign generally and felt they couldn’t control where the links would lead.”

Calling it "climate censorship", Bryson said it ultimately came down to the landowners versus the specific media companies. “It is trying to create a brand experience in their transport hub, and they didn’t feel imagery of the climate crisis was right for that."

Since the story broke on Channel 4, commentators have questioned what role media owners should play in moderating content. Who sets the rules?

“Apparently it is not up to the Advertising Standards Authority to decide what is acceptable to appear in ads about climate change. It is up to airport landlords,” wrote Jacob Dubbins, co-founder of the Conscious Advertising Network. “Is this censorship,” he asked. “The reality of climate can be cancelled.”

While COP26 ended almost a month ago, it begs the question, why now? “The whole situation really,” Essen said. “We didn’t want this to be a distraction from the main conference talks and felt the topic of what media owners will and won’t allow the public to see was better saved for after the campaign had run.”