Entries are now open for the 35th edition of the Spikes Asia Awards, Asia Pacific's top award for excellence in creative communications.

This year, in addition to two new Spikes categories, the Tangrams Awards for effectiveness will now be integrated into the Spikes programme with the launch of the new Strategy & Effectiveness Spike.

This new Spike celebrates strategies that deliver measurable results and ideas that balance bold creativity and sustained business impact and aims to champion a culture of creativity, strategy and effectiveness, which is growing within agency and client organisations in the region.

“It’s an exciting time in the evolution of Spikes Asia as we announce the new Strategy & Effectiveness Spike, cementing the awards’ role as the definitive benchmark for both creativity and
marketing effectiveness across APAC," said Jenny Lau, Spikes Asia's new events director. "This new award reinforces the importance of synergising creativity and effectiveness, which for too long, have remained disparate. We believe that when creativity is effective and effective work is creative, it has even greater power to positively impact people, brands and the world.”

The Spikes Asia Awards are updated each year. In 2022, Spikes Asia has launched two new awards: The Creative Data Spike, which celebrates the interplay of ideas and information and the Social & Influencer Spike, celebrating creative social thinking and strategic influencer marketing solutions. The Digital Spike has now been retired.

“In consultation with the APAC creative community, and in response to rapid evolutions in the
industry landscape, a number of Spikes Award categories have been refreshed and
expanded for 2022," said Atifa Silk, Managing Director at Haymarket Media Asia. "We look ahead to next March with great anticipation, as an opportunity to celebrate and benchmark world-class and effective creative work from across the region.”

The winners of the Spikes Asia Awards will be announced in March 2022 along with the return of Spikes Asia x Campaign Asia: The Experience. More information on the hybrid event will be released later in the year. Interested delegates are welcome to register their interest for free here. 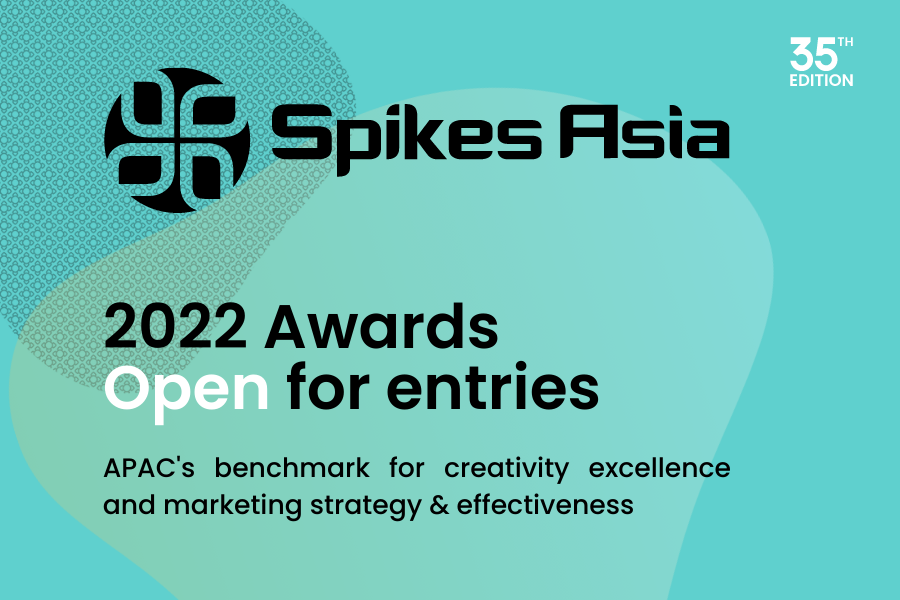 Brand first held this event in 2019, and returns for the second time.

Offering designed to demystify and cut through the ‘WTF’ and ‘IDK’ of AR, VR, Web3 and NFTs.

The shift from traditional channels to digital is not new, but the looming recession is causing advertisers to take a cautious approach.

The film, created by House 337, highlights that domestic abuse could get more frequent or more severe during the Fifa World Cup.