A woman straps on a parachute and leaps out of a plane in a 1980s Bodyform ad. Last year, the feminine care brand featured women fighting in a boxing ring, climbing a mountain and brandishing a sword from the back of a horse.

But the latest campaign from Bodyform and sister brand Libresse is perhaps its bravest of all. The women in "Blood normal", which launched globally last week, are not achieving amazing feats, but rather living openly and unashamedly in a future world where period taboos no longer exist. The ad is the first in the UK to depict real menstrual blood instead of the blue liquid that usually stands in for it.

"Blood normal" is a result of the company finally fulfilling its purpose of "breaking taboos that hold women back", says Martina Poulopoti, the global brand communication manager for feminine care at Bodyform and Libresse parent Essity.

"We are hoping this positive representation of periods will help women and men all over the world understand that periods are normal, and that by showing them more and in a positive context we will start to break the taboos," she says.

The new film shows women dealing with periods in everyday situations, such as a couple having sex, a man buying sanitary products at a supermarket, a woman interrupting a dinner party to ask for a pad, or another woman shaving in the shower while menstrual blood runs down her leg. It is a departure from Bodyform’s dramatic and sweeping "Red.Fit" campaign in 2016, which pictured women getting into bloody scrapes while playing sports and ended with the tagline, "no blood should hold us back."

That campaign was a "big change" from the brand’s previous marketing because it broke out of category norms and defied stereotypes about women on their periods, Poulopoti explains. The company was nervous before launching "Red.Fit", she says, but the positive public reception to the ad proved it was on the right track.

So, too, did the brand’s research. A recent survey found that more than one-third of respondents thought of periods as taboo—ahead of mental health problems and the gender pay gap. Nine out of ten women attempt to hide their menstrual cycles, and 56% of girls expressed a preference for being bullied at school rather than talking to their parents about periods.

Emboldened by these facts, the seeds for "Blood normal" were planted. Essity had to ensure the global campaign respected advertising regulations and cultural sensitivities in each market, which is why some countries like the UK are running different versions of the film. 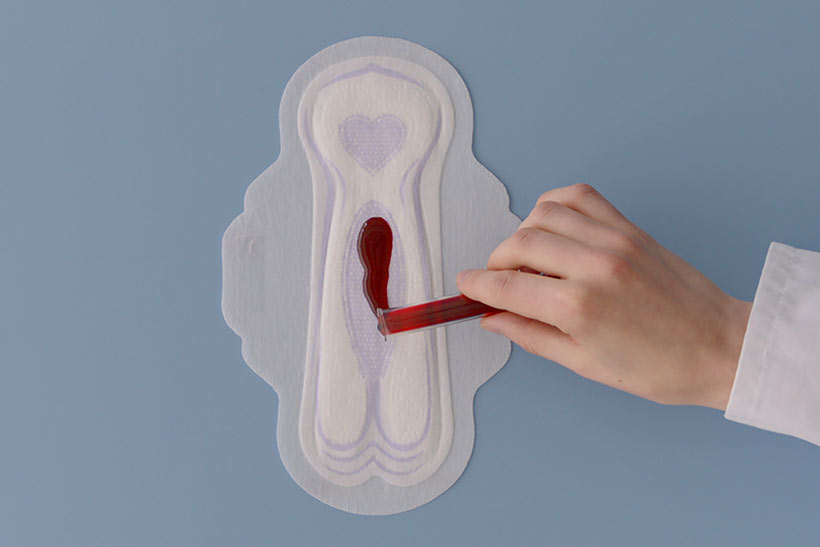 While Essity’s marketers were even more nervous to take this next risk, "we knew we were doing the right thing for the brand and for women," Poulopoti says. When Abbott Mead Vickers BBDO’s creative team presented the idea for the new campaign, "we were instantly overwhelmed," she says.

"Blood normal" was written by Nicholas Hulley and art directed by Nadja Lossgott, who rails against the fact that "society has made women feel disgusted by their periods for such a long time."

"We should be seeing periods more often and see them treated normally, encouraging honesty and openness about the topic," Lossgott says. "We don’t want it to be ignored and clouded in such shame."

The team had the idea to depict a world that doesn’t exist yet, where "periods are 100% normal", Hulley says. They came up with various scenarios to illustrate this imagined universe, working on different versions of scripts and searching for directors before teaming up with Daniel Wolfe from Somesuch.

"What struck us when we spoke to Daniel was his passion for it. We wanted to tell an emotional story about both women and periods, and he felt all the same things that we did," Lossgott says. "A lot of period shame comes from men and you have to involve them in the conversation too."

Wolfe helped come up with images that would deliver the brand’s message but also "conjure a feeling" which showed "periods untainted by a prism of shame," he says. He was struck by a quote he saw on social media which said, "Can’t wait for the day when women no longer pass tampons to a friend like they are a Class A drug."

"The more we bring any imagery into the collective consciousness, the more we create discourse and create a new normal," Wolfe says.

Most of the people in the film were found through street casting, because it was important to the team to depict real people, Hulley explains. But the cast also includes some cultural influencers: the man seen buying sanitary products is Swedish fashion blogger Julian Hernandez, and the woman at the dinner party is former model and activist Victoire Dauxerre. 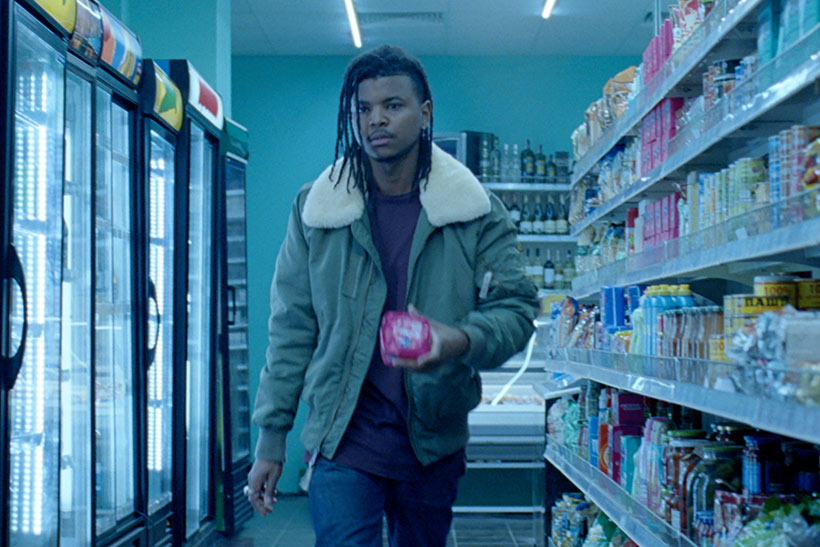 Working with these public figures will hopefully help the campaign infiltrate culture, Lossgott says. The campaign will live beyond the film too, with a graphic novel by illustrator Victo Ngai, specially-designed period underwear by French lingerie company Dessu, period jokes by 12-year-old stand-up comedian Saffron Herndon, and a range of pad-shaped lilos. People will actually be able to buy the lidos and underwear.

Since the campaign’s launch, Poulopoti says reception by media and consumers has been positive overall. Lossgott says she and Hulley have received personal emails from people thanking them for the ad. It is not every day that advertising can provoke an emotional response, but Poulopoti hopes the work doesn’t end there for the brand.

"We feel that we are just at the beginning of this journey," she says.