For the first time since the 11.11 festival started in 2009, Chinese online retail giant Alibaba Group did not release the full sales results of its annual Singles Day shopping bonanza. The group said in the post-event press release that the event had “delivered results in line with last year's GMV performance despite macro challenges and Covid-related impact."

A barometer of Chinese retail demand, Double 11 this year was expectedly one of the most challenging since the inception of the festival. Analysts had widely predicted Singles Day growth at flat to low single digits in 2022.

Earlier in April, regulators fined Alibaba US$2.8 billion for anti-competitive practices, and Jack Ma's dwindling public presence over the past two years might have added to the muted frenzy. Other factors, such as a slow Chinese economy, rattled consumer confidence with repeated Covid lockdowns and warnings of a bubbling inflation combined with stiffer competition from short video platforms like Douyin, are also tied to the toned down hype this year.

Alibaba did not respond to Campaign’s requests for comment on its decision to avoid releasing figures on the 11-day sales event ended that wrapped up on Friday. In past years, Alibaba turned its sales figures into spectacle, alongside celebrity participation and demonstrations of logistical prowess. Not this year.

Though there’s a question mark on the final sales figures, a lot remains unchanged: ecommerce is still the fastest-growing sales channel in China, China is undoubtedly still the biggest retail market in the world. To put things in perspective, even though US has a larger economy, Chinese consumers spend more than Americans in GDP terms. And even with new rivals in the picture, Alibaba remains the largest sales channel in that ecommerce ecosystem.

'Shoppertainment' via social commerce and livestreaming continue to grow its influence at Singles Day and beyond, notes Mohammed Sirajuddeen, commerce lead of growth markets of Accenture Song. "However, chasing down new shopping channels or strategising for holiday shopping moments will not be enough. Commerce is constantly evolving and brands struggle with a here-today, gone-tomorrow environment. Selling across more channels or having celebrities and influencers diversify their e-commerce appearances across multiple platforms would not magically increase sales."

China's economic slowdown in the wake of its zero-Covid policies and growing fears of are also weighing on consumer sentiment. “As the macro environment is expected to persist, brands can deliver better commerce experiences to consumers and rewire their organisation holistically," says Sirajuddeen. "For brands augmenting their shopping festival experience, abandon the one-size-fits-all approach to products and services and focus on flexible options that combine value and priorities in new ways will speak to consumers who are re-evaluating what they want and need."

For the 2022 edition of 11.11, 290,000 brands from over 90 countries across 7,000 product categories participated this year. Citing pandemic restrictions, Alibaba did not hold its usual celebrity-studded gala this year or any in-person media events. 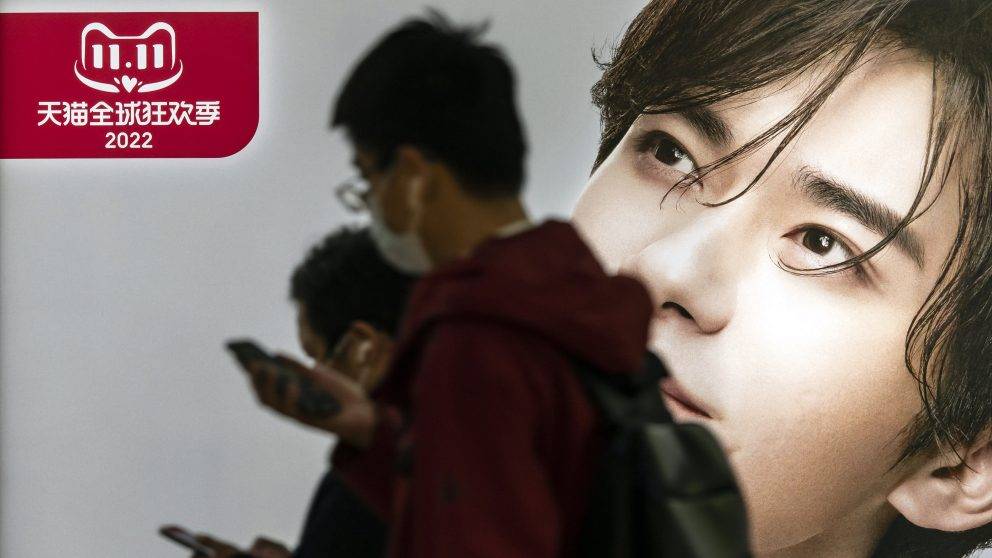 Alibaba declined to reveal the best-performing brands but said sales of high-tech beauty devices, such as gadgets to cool and lift facial skin, had surged a whopping 5,570% from last year, while carpet cleaners and smart kitchen appliances also fared well. A strong growth momentum was also observed in sports and outdoors, pet products, collectible toys and jewellery categories.

Rival JD.com also took the same route keeping mum on GMV figures but revealed Apple Inc (AAPL.O) sold over 1 billion yuan (US$140 million) worth of products in the first minute of the event's final sales period on Thursday evening, which is marked by deeper discounts.

During those 10 minutes, turnover for 87 international beauty brands, including Estee Lauder, L'Oreal and L'Occitane tripled from last year, JD.com said.

Alibaba is scheduled to report its earnings to stakeholders next week.

How brands can combat a recession through Singles Day