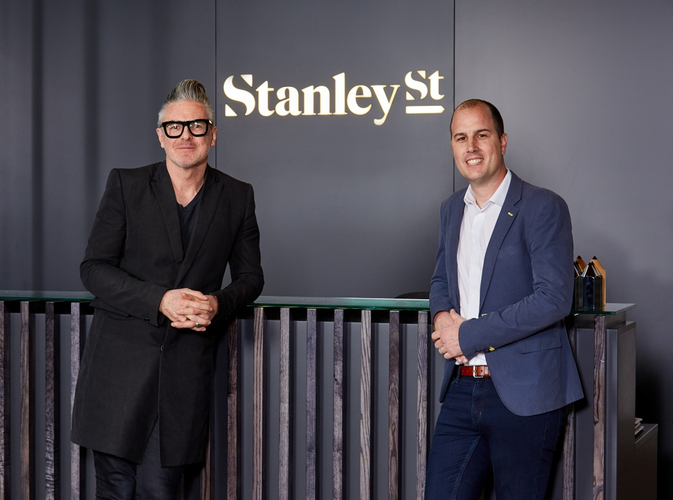 Deepa Balji, Publlicis Groupe's executive director of marketing and communications for APAC and the Middle East, is leaving the firm to take up a new role at S4 Capital as Asia-Pacific director of marketing and communications. Balji tells Campaign Asia-Pacific she has had the good fortune to grow in her role at Publicis from Starcom to Publicis Media to Publicis Groupe, the time is ripe to hit refresh with S4 Capital, MediaMonks and MightyHive in a currently fast-growing digital-first business.

Independent luxury travel and lifestyle agency Vim & Vigour PR has hired Charissa Guan as director. Joining from travel PR firm The Mango Agency, Guan has been in the marketing and communications industry for a decade with an expertise in travel, lifestyle and hospitality. Her client portfolio has included tourism boards, hospitality and hotel groups, and luxury consumer products such as Four Seasons.

OMD Thailand appoints Roxanne Somboonsiri as managing director of the agency. Somboonsiri will help enhance the agency’s offering in Thailand. She has over 15 years of experience, with the majority spent working in Silicon Valley across a portfolio of brands in the tech, auto, CPG, and media sectors. She joins OMD from Facebook, where she was most recently the global business manager for Asia-Pacific and the Middle East.

Independent communications consultancy Rice reported a number of new clients, including Asian online fashion retailer Zalora, which Rice Singapore will support on communications. Rice is also now the communications agency of record in Singapore for global analytics platform leader Tableau as well as Solace, which provides event-driven technology to large enterprises. Rice has also renewed its partnership with the National Volunteer & Philanthropy Centre (NVPC), a non-profit it has been working with since 2018.

Lazada Singapore appointed Michelle Yip as its new CMO following Jean Thomas departure in mid-July. Yip has been at Lazada since 2015, and most recently served the roles of EVP, platform governance and seller engagement, and SVP of customer experience at the e-commerce company. She was also responsible for growing the Home category across six Southeast Asian markets and forging partnerships with brands like Philips, Tefal and 3M. Prior to Lazada, Yip was senior marketing manager at both Samsung and Philips.

WPP AUNZ has merged two PR agencies in its network: PPR and BCW (Burson Cohn & Wolfe). The merged business will be led by Pamela Klioufis, managing director of BCW’s Australian business. Through the merger, BCW now has a presence in Sydney, Melbourne, Brisbane, Adelaide, Perth and Auckland.

In Beijing, PHD China appointed Susan Suo as general manager for global business and Jim Lerch as managing partner for Volkswagen. Suo has 18+ years of experience including roles at Zenith Media, OMD, GroupM and Samsung. Lerch, who will lead the VW China brand team, has over 15 years of experience in ad agencies, Chinese companies, startups, government and international organizations. He was previously general manager in China for London-based adtech company Mirriad. Both report to PHD China CEO Anna Chitty.

TBWA Singapore appointed creatives Robert Nelk as senior art director and Mark Peeters as copywriter. They will work with Toby Thurston, the agency's head of technology, to expand the agency’s technology offering. Both hail from Amsterdam, and were most recently at agencies Achtung!, Mcgarrybowen and J. Walter Thompson Amsterdam.

MediaCom Thailand appointed Piyawan Khwanngarm as business director. She rejoins the agency from TMB where she was the lead of business innovation. She has 14+ years of experience in media and digital marketing. She will report to MD Suporn Aroonpakmongkol and lead a team of 16 digital and hybrid planners.

RXP Group launched a human-centered design practice in Sydney within The Works and appointed Kerryn Ross to lead it. She was most recently director of innovation for Oceania at EY and has held senior brand marketing roles at Gillette, Lion Nathan and Tourism Western Australia and WPP-owned Phuel. Kerryn will work with RXP chief design officer, Lee Tucknott and the company has promoted Mike Jones to CX lead to boost the team's capabilities.

Digitas won an appointment to handle data-driven content marketing for Agoda across eight markets in Asia, plus Saudi Arabia and the UAE. The APAC markets included are Greater China (including Hong Kong and Taiwan), Thailand, Singapore, Vietnam, Malaysia and Indonesia.

PHD Hong Kong appointed Imogen Bourke as head of strategy. She joins from Melbourne, Australia where she was director of strategy at Starcom for over five years. The appointment is effective immediately and Bourke will report into Clement Chung, MD of PHD Hong Kong.

Geometry Ogilvy Japan appointed Taeko Toshima as chief talent officer. She has more than 15 years of experience in human resources, having previously served as HR manager of Laerdal Medical Asia Pacific, as well as in roles at Chanel and GE.

IPG's Golin will support The Women’s Foundation of Hong Kong's Gender Equality Summit in late September 2019 on a pro bono basis. The agency will raise awareness and engagement for the summit and the directives that arise from it, including storytelling, creative design, media relations and influencer partnerships.

PubMatic appointed Michiteru Hirose as country manager in Japan. Hirose joined PubMatic in 2014 as publisher development manager and was promoted in 2016 to customer success director. Prior to PubMatic, he held roles at Marin Software, Seesaaand Irep. He will report to Singapore-based Jason Barnes, PubMatic’s chief revenue officer for APAC.

YouAppi appointed Sawato (Stephan) Yoshii as country manager for Japan. He joins from InMobi where he was head of sales in Japan, which followed roles at Xaxis, and Opt, a digital ad agency within Dentsu.

New Zealand's Stanley St appointed Andrew Reinholds to its senior leadership team as head of media. He was formerly the managing partner of OMD New Zealand, where he spent the last 20 years, also serving earlier as head of strategy. He will work across the agency's Auckland and Wellington offices, leading a 25 person omnichannel media team.

Seven young creatives from APAC are among the finalists for The One Club for Creativity’s global Young Guns 17 competition:

Digital marketing agency Hashmeta has been appointed digital agency of record for Singaporean leisure services operator One Faber Group following a competitive pitch process in June between four agencies. Hashmeta will manage the company’s social and digital marketing duties for a year with effect from 1 July 2019 with an option to extend for another two years, subject to annual extension. Hashmeta will be responsible for amplifying One Faber Group’s digital strategies and building brand awareness among tourists and locals for its restaurants and key attractions, including the iconic Singapore Cable Car and outdoor night show Wings of Time.

World Vision has appointed BBH Singapore as a global agency partner for its child sponsorship programme. As part of this appointment, BBH Singapore will work on the global positioning of the programme with the scope of work covering strategy and creative execution for customer acquisition and retention across all channels. World Vision’s Child Sponsorship programme focuses on improving the well-being of children in need, especially the most vulnerable.

Supercars Australia has appointed sports and entertainment agency Gemba as its research and insights partner, starting from the 2020 Virgin Australia Supercars Series season. Under the partnership, Gemba will provide fan insights and brand health tracking research to inform commercial and fan engagement strategies.