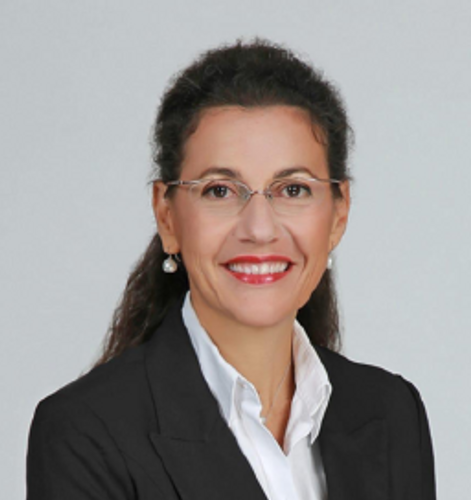 GroupM's Xaxis appointed Jessica Maley as its first APAC talent lead. She will oversee talent strategy across 15 APAC markets. Maley joined GroupM in Australia in 2013 and relocated to to Singapore in 2017 to be GroupM's APAC head of talent acquisition.

Dentsu Aegis Network Malaysia appointed Neal Estavillo to a newly created role as director of business development, reporting to CEO Nicky LimH. Estavillo was most recently vice president of creative solutions at Malaysian broadcaster Astro. Prior to that, he held MD roles at JWT and MediaCom.

MRM McCann China appointed William Wu as head of data and analytics. He was most recently head of analytics and measurement at BBDO and Proximity China, and has also held roles at Miaozhen and Wunderman. He has experience in data analytics, modeling, CRM, data management platforms, commerce and social listening across the automobile, healthcare, luxury and beauty categories.

Adtech firm Criteo has appointed Nielsen veteran Megan Clarken as CEO. Clarken joins from a 15-year stint at Nielsen, most recently as chief commercial officer. She takes the reins from founder JB Rudelle, who returned as chief executive in April last year. Rudelle will remain as chairman of the board of directors.

MullenLowe Indonesia appointed David Lukas as group managing director. He will oversee MullenLowe and subsidiary Rise Indonesia. He has been with MullenLowe Group since 2012 and has experience at Leo Burnett Group Indonesia and several agencies under PT. Indo Ad. Ogilvy Mather Indonesia.

The Coffee Bean and Tea Leaf reappointed Happy Marketer as digital partner for the sixth year running in Singapore. The Dentsu Aegis Network digital agency, part of Merkle, will act as brand storytelling and social partner. It will continue exploring more ways to engage with and listen to consumers across platforms under the renewed partnership.

United Airlines appointed Joanna Patterson as sales director for Southeast Asia, effective 1 November 2019. Joanna will lead sales activities of United’s online markets for Singapore and the Philippines, as well as the offline sales territory in the Southeast Asia region, and will work with media in the region.

Sasa, a maker of Indonesian seasoning products under Rodamas Group, has selected Grey Indonesia for the brand’s launch in the Malaysian market. A household name in Indonesia, Sasa is aiming to expand overseas, starting with Malaysia as its pilot market. Grey Indonesia and Grey Malaysia collaborated on the win, and both will be responsible for a digital-led integrated launch slated for December.

Pizza Hut appointed Havas Group Indonesia for media duties effective 1 January. The account will be serviced by Arena Media Indonesia, a Havas Media Group brand, which will provide offline and online media planning and buying as well as monitoring and measurement solutions. The agency said it was awarded the business after a pitch that included the incumbent Wavemaker and IPG.

Inca, GroupM's influencer-marketing offering, appointed Samuel Vanel as director of Southeast Asia ahead of its Asia expansion. Vanel spent the last six years at GroupM in Jakarta. He will oversee operations in Indonesia, Philippines, Thailand, Malaysia and Singapore.

Creative technology company Splash Worldwide appointed Sharom Ja'affar as art director for its Singapore office. He was previously a designer for Williams Lea Tag in Singapore and has also held graphic designer positions with Cavendish Design, Nanyang Technological University, and the cocktail bar No.5 Emerald Hill.

WE Buchan in Australia has rebranded to WE Communications, in line with its global parent brand. Buchan Consulting and WE Communications became partners over 12 years ago, and WE was renamed after the acquisition. Since then, WE’s team grew to 56 people in Melbourne and Sydney, and is now led by Australia CEO Gemma Hudson and supported by Rebecca Wilson, EVP of Singapore and Australia.

Reuter Communications appointed Tracy Zhang as director in Shanghai to develop integrated marketing and digital strategies for clients in the luxury beauty and fashion sectors. Zhang was previously group account director at BBDO Shanghai. Altogether, she carries over 15 years of experience in advising international brands on Chinese culture and localisation with integrated comms.

Tomorrow appointed Kolo Lee as creative director in Shanghai. She has 14 years of experience at Ogilvy, Weber Shandwick and McCann in China, Taiwan and Vietnam. The agency has also appointed Rony Chan as head of delivery, who previously held project director and producer roles at Dentsu and TBWA in Shanghai and Hong Kong. In addition this month the agency appointed Mia Song in as senior account manager and Andi Zhang as art director.

GroupM appointed Roger Dunn to lead a dedicated e-commerce team in Australia. The company said it is building a centre of excellence with specialist e-commerce expertise, capabilities and consulting services to help advertisers navigate the rapidly shifting commerce landscape and get the most out of their investments in retail media. Dunn joined GroupM from its agency MediaCom, where he was head of digital, driving investment management, technology partnerships and digital product development.

Following a competitive pitch, Leo Burnett Australia won the creative account for Sweat, an online platform for women’s health and fitness, which offers advice, education and workouts. The agency will partner with the business to continue its rapid global growth and help it achieve its aim to be the home of the world's largest, most confident and engaged female fitness community, according to the companies.