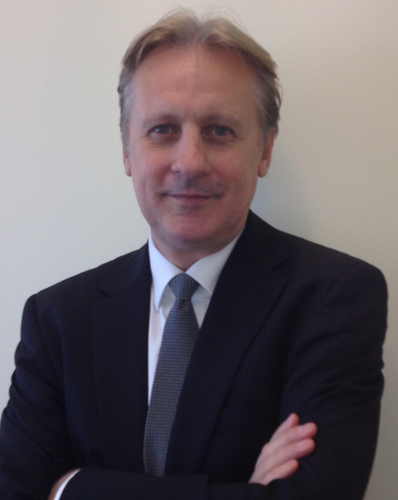 VMLY&R India has been appointed agency-on-record for Colgate-Palmolive’s digital communication business, following a closely contested multi-agency pitch. The agency’s scope will encompass digital campaign planning and communication across Colgate-Palmolive’s entire portfolio of sub-brands in India. The new win will be led by VMLY&R’s Mumbai office. VMLY&R will be focused on contemporising its appeal amongst emerging consumer segments, helping the brand become more conversational, with the help of real-time data and live creativity.

Essence has been appointed the integrated media agency of record for Games24x7, an online games company in India. Led out of Essence’s Mumbai office, the agency’s remit includes media planning, media activation and content innovation for all of Games24x7’s gaming platforms.

Zendesk has strengthened its regional leadership, appointing Wendy Johnstone as its first regional chief operating officer, and Gari Johnson as VP of sales, Asia Pacific. Johnstone brings over 25 years of experience in numerous senior marketing and operations roles at Salesforce, EMC, IBM and, most recently, Microsoft. She will be based in Singapore and report into global COO Tom Keiser. Meanwhile, Johnson, who joins from his previous role at Salesforce, will be based in Sydney and report into Norman Gennaro, president of worldwide sales. The two will be tasked with accelerating growth in the APAC region, which accounts for more than 10% of the company’s global business.

Hyundai Motor Company and Sony Pictures Entertainment have struck a partnership, in which the automaker’s new models and technologies will feature in upcoming Sony Pictures productions. Under the deal Hyundai Motor will also offer substantial marketing support and the companies will collaborate on a wide range of ancillary content-creation, such as virtual reality and gaming experiences, events, and other opportunities. Hyundai Motor’s new models and technologies will be featured in five upcoming Sony Pictures films including Uncharted (July 2021); the sequel to Spider-Man: Far From Home (November 2021); the sequel to Spider-Man: Into the Spider-Verse (October 2022); and other tentpoles to be determined.

Belgium-founded performance adtech company MediaDonuts is opening an office in Jakarta. The company has been expanding in APAC over the last four years, building a headquarters in Singapore. Its first Indonesia office will be led by Devinder Sharma who is moving from his current role as head of business development for India at MediaDonuts. Sharma has experience in Indonesia’s media industry where he previously led Vdopia as its country head. The company's existing partnerships with media platforms TikTok, Tinder, Webtoon, Activision Blizzard will now be commercialised by the company’s local team in Jakarta starting this quarter.

PHD Australia has been appointed as the new media agency of record for Spotlight Group to service their $39 million account. Effective August 1st, PHD Australia’s appointment is for all of Spotlight Group’s portfolio of iconic Australian retail brands including Spotlight, Anaconda, Mountain Designs and Harris Scarfe. The account will be headquartered out of PHD’s Melbourne office. PHD Australia’s remit includes the development of communications strategy as well as media planning and buying across traditional channels, programmatic and paid search. The appointment follows a competitive tender process in which the final pitch stage was done via video call.

Treasury Wine Estates (TWE) named WE Communications (WE) as its Southeast Asia regional communications agency following a competitive search. With its Singapore office taking lead, WE will establish the overarching regional communications strategy for three of TWE’s leading brands: Penfolds, Wolf Blass and Beaulieu Vineyard. The remit includes producing always-on storytelling and creative content as well as supporting marketing-driven activations. WE Singapore will lead in-market activations there and drive regional communications in collaboration with TWE’s other Southeast Asian in-market agencies, spanning Cambodia, Indonesia, Malaysia, Myanmar and Thailand. To service the account, WE has put together a cross-functional team of corporate, consumer and creative specialists, led by Alicia Eu, head of corporate in Singapore.

Digital specialist agency AnalogFolk has appointed Tatjana Kudinova as UX director for Asia. She has previously held UX roles at Accenture Interactive and Sapient Razorfish, working with brands such as Cathay Pacific, Asia Miles, ANA, HSBC, and General Electric. She was the lead designer on Asia Miles’ mobile app revamp, which focused on personalisation and gamification. She also led design and research initiatives that created novel in-flight tools for pilots at Cathay Pacific. The agency says Kudinova’s appointment is part of a continued talent drive to strengthen its position as the leading digital specialist in the region, with a focus on customer experience.

EY appointed Alex Yung as Asia-Pacific business transformation and innovation leader. He was previously MD of Amazon Web Services (AWS) for Greater China, where he was the company's first Beijing employee and was tasked with setting up AWS’ China business. He has over 25 years of experience in launching high-growth businesses, business process outsourcing and consulting, as well as products and services development in Greater China and Southeast Asia. Prior employers include Cable & Wireless, PCCW and Dell.

Place Management NSW appointed WhiteGrey as lead strategic and creative agency, following a pitch. The agency is tasked with providing a strategic and customer-focused digital approach aimed at driving increased visitation to The Rocks and Darling Harbour precincts. The agency will be responsible for the communications strategy across digital, social and ATL as well as activations, CRM and development of new digital and technology initiatives. Work commences immediately.

BuzzFeed announced that group client director for APAC, Nicki Williams, will take over leading BuzzFeed Australia. Williams joined BuzzFeed in 2017 and has spearheaded partnerships with brands such as eBay, IAG, KFC, Shell and Wolf Blass. She will take over from Andrea Ingham, who left BuzzFeed earlier this year to relocate.

Hill+Knowlton Strategies was recently appointed as the global PR consultancy for SK Telecom, charged with startegy and implememtation of the company’s international PR and content marketing. SK Telecom, South Korea's largest wireless telecommunications operator, is part of the SK Group, one of the country's largest chaebols.

New Zealand’s Socialites Group has acquired the country’s largest influencer marketing agency, The Social Club. The Social Club, which will retain its name, has a database of more than 11,000 registered influencers and content creators across Australia and New Zealand. Socialites co-CEOs Wendy Thompson and Mel Spencer negotiated the deal over Zoom with The Social Club co-founder and CEO Georgia McGillivray, who will remain with the business for three months to ensure a smooth transition. Thompson and Spencer describe the purchase as a “no brainer” that will strengthen their suite of services to New Zealand and APAC marketing teams, enabling them to deliver content and campaigns and build online communities.