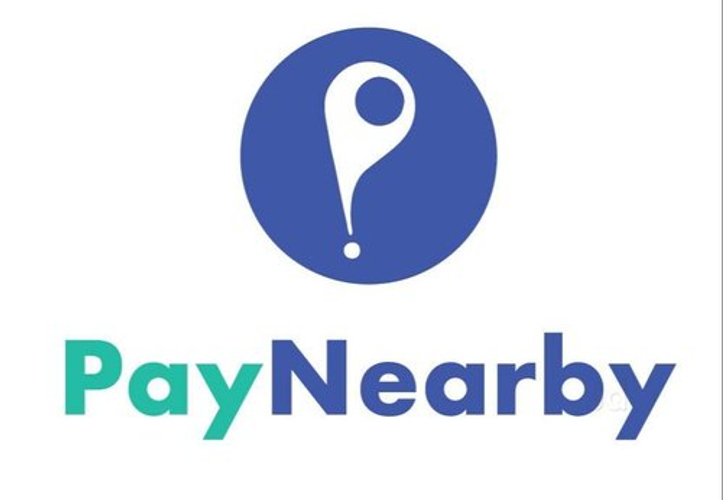 Following a five-month pitch process that started in October, Scoot has appointed Essence as its media agency of record for a period of two years from March 2020 to March 2022, with an option to renew for a further two years to March 2024. The GroupM agency will provide Scoot with media strategy, planning and buying services for its global business, including in Mainland China, which makes up a significant part of Scoot's network. At the same time, the airline will be extending the tenure of its creative agency of record, BLK J, by another two years, from 1 April 2020 to 31 March 2022.

Publicis Media appointed Nick Keenan as CEO of Starcom Australia. Keenan, the former CEO of quick service restaurant chain Red Rooster, will commence his new role on March 16, having previously worked on both the client and agency side. He was commercial director of CrownBet, and following that became CEO of the gaming company’s online lotto betting service, CrownLotto.

Nerida Murphy has joined global brand company Strategy as the Australian creative partner.
An industry veteran of over 20 years, Murphy assumes this creative leadership position to bolster the agency’s vision of creating innovative ideas to connect people with brands. The appointment comes as the company embarks on an integrated business model, which has won Strategy Australia work globally, fostering a borderless approach to working with clients and solving problems.

Shopee has awarded Wavemaker Philippines its media and content business on contract for 2020 with the option to extend. Shopee cited Wavemaker's ability to adapt media strategies to the competitive landscape.

Travel loyalty and benefits provider Collinson has hired Golin as its global agency of record following a competitive pitch. The account will be led via a 'dual hub' model from the agency's London and Hong Kong offices, and the work will begin immediately. Golin will head up PR and communications for Collinson with particular focus in Brazil, China, Hong Kong, India, UAE, the UK and the US, with further markets to be launched in Europe and Asia.

VMLY&R has appointed M&C Saatchi's Guy Futcher as executive creative director in Singapore. The creative mind behind award-winning campaigns including TAB’s “Long May We Play” and Tourism Australia’s “There’s nothing like Australia”, Futcher will be charged with building creative solutions for VMLY&R that will impact the company’s bottom line and business growth. He will work closely with leaders across VMLY&R’s key pillars of commerce, data and insights, as well as chief creative officer Valerie Madon. Futcher joins from M&C Saatchi Sydney where he was creative director for nearly five years. Across his 15-year career, he has also served as creative director at Leo Burnett Sydney, and head of copy at DDB Sydney.

Consumer electronics brand TCL has appointed Isobar as its global social media agency following a competitive pitch. Under the appointment, which began January 1st, Isobar Hong Kong will be the global campaign hub for TCL branded mobile business, providing all content creation and development, while overseeing content adaptation in the US, UK, Mexico, Portugal, Spain and Turkey. Isobar is enlisting iProspect to manage paid social investment.

Appier has appointed Shou-De Lin as its chief machine learning scientist. Lin joins Appier from National Taiwan University and brings more than 20 years of experience in artificial intelligence, knowledge discovery and natural language processing. He has advised more than 50 global companies in the research and application of AI. At Appier, he will focus on the development and application of advanced machine learning technology to help customers smoothly implement AI solutions and optimise performance.

Communications agency Rice has hired Charlotte Tan as account director. Tan joins from leading Today Ogilvy’s public relations team in Yangon, Myanmar, which she helped start in 2012. She also previously worked in Ogilvy’s Singapore office for over three years, where she primarily supported technology companies with their PR and social needs.

Adtech company Kargo is expanding into Southeast Asia, opening of an office in Singapore and hiring Jonathan Pacey as sales director. The focus for the new office will initially be to develop both the local Singaporean advertising business, while servicing the pan-APAC campaigns that are created in Singapore. Kargo will be looking to expand its portfolio of local publishers in the region. Pacey has been hired to lead the new office, joining from Taboola where he was senior strategic advisor in Singapore. Previously, he was head of brands and agencies Southeast Asia at Outbrain.

Clemenger BBDO Sydney has won the creative account for Unilever Australia’s Blue Ribbon ice cream following a competitive four-way pitch. While Blue Ribbon is best known for its iconic two litre tub, recent product innovations have seen brand extensions introduced, including Crafted Ice Cream and Protein Bar ice cream ranges. With even more innovations planned, the brief to Clemenger BBDO was to find a distinctly Blue Ribbon platform with the flexibility to work across a growing range of products that also delivers on the brand premise that everyone deserves to share the joy of ice cream.

PayNearby, billed as a "hyperlocal fintech venture", has appointed Leo Burnett Orchard as creative partner. The account was won following a multi-agency pitch and will be handled by the Leo Burnett Orchard Mumbai team. The agency will handle the integrated communications mandate for the brand.

Orchard was selected as The Royal Australian College of General Practitioners’ (RACGP) creative agency of record, following a competitive pitch, on a three-year engagement and has just launched its first campaign ‘Live a Life of Endless Possibilities’. Orchard has been tasked with providing strategic support, creative development and execution through campaigns to the general public as well as digital and data expertise to drive insight-based, personalised communications to the RACGP’s over 43,000-member base.

Archetype appointed Victoria Perera as senior digital consultant as its client portfolio continues to expand in the digital marketing space. Perera will lead digital marketing and brand strategy for some of Archetype’s most valuable multi-market clients, including luxury hotel and resorts brand Four Seasons. She joins Archetype from McCann, where she was a senior member of the healthcare team working on clients including Pfizer, Amgen, and Nestle. Perera has worked in Beijing, Bangkok and Hong Kong.

Vivid City, the China OOH advertising agency, has appointed former Nike marketer Danny Lee to lead creative campaigns in China. The appointment will be effective from 16 March. Lee previously spent six years with Nike integrating and leading the brand across the Greater China region including the award-winning ‘running makes the world go around’ campaign. Prior to Nike, he had senior roles at Ogilvy, Wunderman and Mindshare. Lee brings to Vivid City the ability to plan and execute activations, projections and unique builds that will complement Vivid City’s network of LED screens across the Chinese market.

Matthew Hobbs has been appointed vice president, external and government affairs, for Nissan in Asia and Oceania, effective from March 2. Prior to joining Nissan, Hobbs was the vice president of government relations and public policy for the international division of a North American automotive company. He has also worked as the head of communications at Tiger Airways in Singapore and Australia, and in the Australian government as a ministerial adviser. In his new role, he will report to Yutaka Sanada, MC Chairman and head of Nissan in Asia and Oceania, and will be based in Melbourne.

Brand agency Cowan appointed Joanna Hutchins as global CEO, a new position the company said better reflects the needs of clients. Paul Galesloot, who was APAC CEO, left the company and joined Holmes & Marchant recently. Hutchins was previously Cowan's CEO for Greater China. She will remain based in Shanghai; the company also has offices in Beijing, Singapore, Vietnam, Sydney, Melbourne and London. Hutchins will report to founder and chairman Mark Cowan. She has prior experience at Grey, Ogilvy and Publicis in New York, as well as more than a decade with Unilever in global brand development roles. In addition, the company announced that:

Grey Group promoted Huma Qureshi from regional director of PR and corporate communications for APAC to chief communications officer for Asia Pacific, Middle East and Africa. Qureshi joined Grey in 2016 and led the PR effort for campaigns including 'Life-saving dot', for which the agency received a bronze in PR at Cannes Lions. Prior to Grey she was PR and events director for luxury furniture brand Roche Bobois in Singapore.