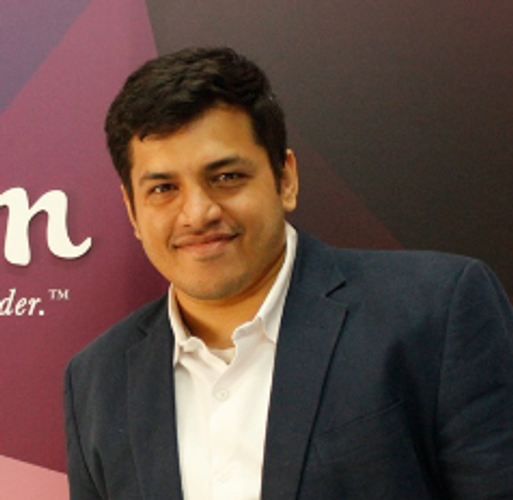 Publicis Groupe has appointed Firzan Mulafer as the managing director for Publicis Communications in Malaysia.  In this role, Mulafer will be responsible for driving efficiency and effectiveness of the creative hubs under Publicis Communications, namely Leo Burnett, Publicis, Saatchi & Saatchi Arachnid and Publicis Emil. Mulafer is not new to the Groupe and began his journey with the Publicis Groupe in 2006 by joining Publicis Sri Lanka. In his latest stint, Mulafer was part of the core team that was instrumental in reinventing Publicis Vietnam and priot to this was the regional engagement planning director for P&G based in Leo Burnett Bangkok, looking after five critical markets across ASEAN.

GroupM has launched its influencer marketing network INCA in New Zealand, where it will be led by the head of product solutions, Nick Henderson and made available to clients from all GroupM agencies, Mindshare, MediaCom, Wavemaker and IKON.

Japanese PR group Prap Japan has acquired a majority stake in Singapore's Wild Advertising and Marketing to accelerate its expansion in Southeast Asia. Founded in 2009, Wild Advertising is a creative agency providing content marketing and digital services with 40 employees. Post-acquisition, Wild will continue to operate as an independent brand, with its directors Yeo Ai Ling and Lee Kai Xin continuing to lead the agency alongside the existing management team.

Creative PR agency Lintas Live has been awarded the communication mandate for startup venture advisory Soch Group, which has launched snack brand Munchilicious Granola and phygital retail platform for startups This or That (TOT). Lintas Live will manage communication for the Soch Group as well as its emerging brands led by the agency's Mumbai office.

Thrive PR + Communications has made four new hires across its Sydney and Melbourne offices. Miles Alexander joins from Zeno Group as an account director with experience managing local and global communications campaigns for brands like Huawei and Virgin Australia. Jenna Woods joins from Ovato Communications as a senior account manager, having worked across multiple sectors with names like Dell, SONOS and Facebook. Bianca Cowie joins as an account manager specialising in storytelling through traditional and digital media and Robyn Rigoli joins as an account executive.

Earlier this week, Thrive promoted Clare Basire to general manager, Sydney as part of the executive team. Basire takes on this role following more than three years as Thrive’s business director in Sydney. As GM, she will continue to spearhead the office’s operations and team, as well as take on responsibility for national duties including leading client experience and service.

Jessica Kam-Engle, has joined Walt Disney as head of Content & Development, APAC and will lead the company’s initiatives to deliver original content across the region. Content & Development teams in each APAC market will report to Kam-Engle as well as their respective in-market leaders and will be responsible for developing, producing, and acquiring content to expand the Company’s direct-to-consumer offerings. Kam-Engle is a film and series producer, and veteran in the media & entertainment industry who joins the company from HBO Asia/WarnerMedia where she was the Head of Original Production since 2017.

Walt Disney has also made a series of top management appointments and expanded the remits of some leaders, all of whom will report to Luke Kang, president, The Walt Disney Company Asia Pacific, who was appointed to his role in December 2020.

Dentsu Impact India has won creative duties for pharmacy chain Zeno Health (formerly known as Generico) following a multi-agency pitch. With this win, Dentsu Impact will kickstart work with the launch of a campaign in Mumbai, while aiming to build Zeno Health's presence in the growing retail and online pharmacy space across the country.

CNH Industrial Australia has named Leo Burnett Australia as its new creative agency of record for one of the world’s largest agricultural equipment brands, the Case family of brands, including Case IH, Case CE and AMS. Leo Burnett won the business following a competitive pitch and will commence work across all brands immediately. The remit will include Case IH brand, dealership and customer communications nationwide. The agency will also support Case Construction equipment and the Aftermarket Solutions marketing divisions

Creative communications agency Praytell is expanding into Australia, launching its first APAC office in Melbourne this month. (See story). Led by the agency’s head of global, Zoe Watson, the move reflects the agency's growing roster of global clients and local work including Australian PR representation for KAYAK Australia. Praytell will also support its existing roster of global clients with expanded work in Australia, while also taking Australian brands to the US and UK. It plans to begin hiring in the coming months. Praytell will work alongside Project Worldwide’s network of APAC agencies including George P Johnson, Darkhorse and JUXT in the region.

Sports marketing agency and technology firm Talisman has made two senior executive appointments naming Dharpan Randhawa as CEO and Adrian Jones as chairman. Randhawa has spent two decades marrying global brands to rights holders and was SVP at McLaren Racing, responsible for partnership development in APAC, and before, as VP at Lagardère Group (SPORTFIVE) running sporting events across Asia. Jones, an IT veteran, was responsible for the $12B channel business at HP and held a leadership role at Oracle Asia-Pacific.

Classifieds platform OLX Group has awarded creative duties for blue-collar staffing and recruitment platform Waah Jobs to Lowe Lintas Delhi. The agency has developed a new identity leading to rebranding of the job board.  Lowe Lintas’ scope of the creative mandate primarily includes defining the brand's positioning and delivering integrated campaigns for the brand. The agency will be tasked to better align Waah Jobs' proposition of providing candidates with trusted jobs from verified employers.

Duncan Pointer, the former Vizeum Asia Pacific CEO, has been appointed managing director of sports digital agency Mailman’s APEC (Asia Pacific excluding China) division. Singapore-based Pointer's role is to drive business growth and client services across the APEC region, leading a team of 50-plus across Singapore, Thailand, India, Vietnam, Japan, South Korea, Indonesia, Malaysia, and the Philippines. Pointer has been in Singapore for the last eight years, having relocated with Dentsu International in 2013, and was charged with growing the Vizeum network across the region. After leaving Dentsu, Pointer joined LanciaConsult, a management consultancy where he launched their marketing solutions offering.

MediaCom China has appointed Stacy Zhang as chief commercial officer. Zhang will lead all the commercial-related business in MediaCom China. She will be based in Shanghai and report to Rupert McPetrie, CEO Greater China. She joins MediaCom from the automotive industry, where she worked with PSA, CJLR and most recently Byton.

72andSunny Singapore appointed Ida Siow to the role of president, leading the Singapore office. Siow has over 15 years experience in major networks across the world. She spent time in BBH London, Ogilvy Shanghai and J. Walter Thomspson (now Wunderman Thompson) where she
was head of planning for Singapore and Southeast Asia, before joining 72andSunny two years
ago.

Salween Group has appointed Rod Mackenzie to the newly-created position of content director. Mackenzie will oversee the output of the company’s Content Studio, a unit that unites its content strategists, copywriters, video producers and graphic artists as a cohesive team creating multimedia content for brands. Working alongside the agency’s trategy & analytics, PR, creative and video teams, Mackenzie will collaborate with clients to build content for a variety of channels.

MullenLowe Mishra has appointed ex PHD Vietnam executive Hung Nguyen as business director. This latest appointment comes in addition to Guilherme Tonon coming on board at MullenLowe Mishra as head of strategy and consumer engagement.

Event management firm EventXtra has rebranded itself to EventX. This updated identity will be more representative of the brand and company culture and  signifies the company's growing ambition to greater connect the world with events. Since the onset of the COVID-19 pandemic, EventX has seen rapid growth, hosting events for the likes of Alibaba, Amazon, Hong Kong Cyberport, HSBC, and Swire. Meanwhile, the company has appointed Rick Boost, a former Campaign Asia-Pacific editor and former regional editor of Marketing Magazine (Hong Kong), as its content marketing manager.

Nicole Bence, network digital sales director at Seven West Media, has been appointed chair of the IAB Australia Board, effective immediately. Bence succeeds Matt Rowley, CEO of Pedestrian Group, who has been chair since January 2019. Bence will work closely with IAB Australia CEO, Gai Le Roy, on initiatives and programs to address key industry matters including the role of measurement ratings currency, preparation for changes to online identifiers such as cookies, continuing to drive programmatic transparency and input in the local Privacy Act review. Bence joined Seven West Media in February 2020 from Pacific Magazines, where she led its commercial team and previously was digital commercial cirector at NOVA Entertainment.

Wavemaker Thailand has appointed Jutarat Eartrakulpaiboon and Christopher Orcutt to the roles of general manager and head of strategy effective immediately. With more than 20 years of experiences and expertise, both will be responsible for leading the local team in strategic and planning practices, reporting to Rathakorn Surbsuk, managing director of Wavemaker Thailand. Eartrakulpaiboon joins the agency from Vizeum Thailand, where she was GM. Orcutt was previously regional strategic planning director of Publicis One. Meanwhile, Supachai Supapirom has been named to the newly created role of director of ecommerce. Supapirom, who was previously digital director at Vizeum will now be responsible for corporate eCommerce strategy planning as well as building ties with external stakeholders and partners.

Behavioural research firm EyeSee has opened a new APAC sales office in Singapore led by Tom Vande Moortel who will continue to work with and expand their existing Asian client portfolio.

DDB Group Hong Kong has launched Motion, a new offering designed to bring the exacting craftsmanship of film and photography studios to digital-friendly executions in response to client aspirations for higher creative quality for social and digital content, not just cheaper. The division is led by integrated creative specialist Jamal Hamidi, previously ECD of DDB Group Hong Kong, who now serves as managing director of Motion. Hamidi has also recruited Jacie Tan from O&M RedFuse as head of content creation who has three decades of experience as a producer. Motion covers a wide range of services including digital content, video, photography, animation and motion design, and live-streaming. It has already begun operation, with specialists embedded into DDB’s creative department, working on briefs, producing digital content and physical collateral for clients such as McDonald’s, Hotels.com, Landmark, and Johnson&Johnson.  See story here.