As in many countries, marriage rates in China have been declining sharply. In a recent attempt to raise awareness of this, a hashtag was started by older users of the country’s main social-media platform, Weibo: #结婚率创近10年来新低# or ‘Marriage rate hits a new 10-year low’. The idea was to inform their younger counterparts of the situation, in the hope of encouraging them to reverse the trend and marry.

However, the message quickly backfired, and was transformed into the ironic meme ‘Why get married?’. The trending hashtag amassed responses from young people that varied from the dismissive—“Marriage and children represent nothing but compromise and sacrifice” and “Marriage is expensive, can’t afford it”—to the humorous. The importance of marriage was thoroughly skewered: “Is your milk tea no longer delicious? Are your video games no longer fun? Are your TV shows no longer engaging? What’s the point of marriage when you’re happier alone?”

This trend may seem of little significance to those in the West, long used to adults choosing to live together and start families without marrying. In this context, does it matter that in 2019 only 7.3 out of 1000 Chinese adults are married, leaving over 200 million of the population unmarried? There is, however, a significant difference: many Chinese people have no intention of dating at all. Why is this?

China’s rapid economic development has seen opportunities for women grow in a way that has negated some of the trickier ramifications of the one-child policy. And yet gender equality remains elusive. Women may have the freedom both to pursue a career and raise a family, but the burden of maintaining both is still primarily theirs, not their husband’s. Young women, born in the last 20 to 25 years, have witnessed their own mothers engage in this constant juggling firsthand. And in particular they have seen the conflicts and pressures associated with marriage. The result has been that many of this generation are now deciding that this is not a life they want for themselves.

In one typical interview, a 20-year-old woman cited her parents’ marriage as the main reason for her antipathy to marrying or even dating:

My mum and I often argue about this. I use her marriage as an example of why I don’t want even to date men. I tell her ‘You’ve been married to my father for so many years, and yet he doesn’t know how to do anything, not even cook vegetables. You are responsible for all the housework and you quit your job because Dad can’t do anything and expects you to do it all. You are always tired and never have time to yourself. Do you have the heart to see your daughter get married and to be a slave to the useless man she’s with?’ She understands where I’m coming from, yet still urges me to marry. But I have already made my decision, because I know I can support myself and be much happier alone.

Who knows what her father made of this withering assessment of his abilities. What we do know is that this is a very significant cultural change, marking a seismic generational shift. Only 10 years ago, Chinese women were so concerned about the approval of their family and peers that they wedded merely in order to save face, despite knowing that they faced a future of losing any identity of their own and a deeply unhappy marriage. Nowadays, young Chinese women are more educated, independent, and aware of ‘self-actualisation’: they are prepared to rebel against societal norms that go against their interests. They see a choice looming between childrearing and having a career—because they believe to undertake both has proved both unrewarding and difficult for the generation before them—and many have put their career firmly first. A career is viewed (perhaps naively) as something pure: uncompromised, fulfilling, on their own terms and replete with a sense of accomplishment. In contrast, having a family is seen by many of these young women as an institution that offers them nothing for themselves.

This ‘no dating and embracing the single life’ social trend has led to a boom in China’s 单身经济 or ‘singles economy', with the creation of myriad business opportunities for brands across all categories. For example, home appliance sales growth in the past few years has been heavily driven by their ‘mini-ranges’: the smaller microwaves, fridges and washing machines needed by those living alone.

In addition, a leading lifestyle trend of 2020 was the concept of ‘one person eats/meals’ whereby increasing numbers of food products were miniaturized in order to be perfect for solo consumption. Famous Chinese hotpot chain Haidilao now provides single pots accompanied by a teddy bear for its single customers, so they don’t feel lonely while eating. Meanwhile, the snack brand ‘Single Food’ (单身粮) has christened its crisps ‘Single Dog Food’ (单身狗粮), playing on the Chinese colloquialism for single people. With advertisements that use dogs as models, it has become so popular that those who are not single have taken to social media to express how left out they feel.

Young Chinese singletons’ consumption power is only increasing in importance. Self-consciously unconstrained by traditional societal norms, they are unapologetic in their choices, and they spend freely on whatever they believe will make them happy. Many local brands have recognized this and are developing products to meet their needs. Understanding how to represent this growing demographic in ways that resonate must also be a major opportunity for international brands looking to succeed in China.

Lilian Li is a strategist at Yuzu Kyodai. 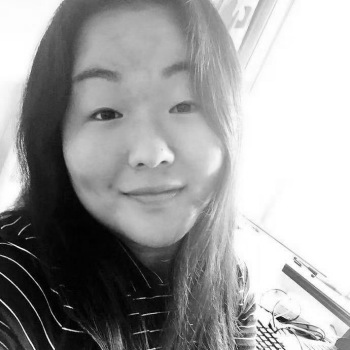 Note: This article was originally attributed to a different author due to a miscommunication.
Campaign Asia-Pacific
whatsapp 0 whatsapp 0 Facebook 0 Tweet 0 linkedin 0

Tanishq Jewellery in India roots for a marriage, ...