It is natural, when contemplating the mysteries of youth culture, to think only about what is different, new or emerging. And Japan is of course home to a plethora of unusual sub-cultures that evoke fascination around the world. It can be just as interesting, however, to look at societal trends that remain stubbornly consistent within every rising generation, rather than being turned on their head by teenagers determined not to become their parents.

To demonstrate this, we need only look at a very pronounced aspect of Japanese culture: its need for formalized and ‘safe’ interactions. In any social context a shared language of gestures, phrases and behaviour gives participants a clear expectation both of what is to ensue and the appropriate reaction. This defining of roles guarantees a minimum level of courtesy and avoids embarrassment. Most importantly, the interaction can be compartmentalized and understood—a job, a responsibility, a courtesy, a low-stakes friendship—and is not seen as a full representation of an individual. This ‘disconnect’ may seem inauthentic to Western eyes, but it is often the preferred Japanese mode of interaction.

How then do young Japanese deal with these particular social mores, interacting as they do in an almost entirely online world? Surprisingly, not by subverting or ignoring the old rules, but by instinctively adopting them within new mediums: something apparent on Twitter, now the most popular social-media platform in Japan. Users, faced with replying to a tweet of someone possibly not known or connected to them in real life, quickly developed unspoken rules. To fill the need for a formal greeting, replies start with “FF外から失礼します” (“I’m neither a follower nor are you following me, please excuse me”). This obviates the risk of sounding too brusque or familiar to a stranger.

Another example of how Japanese youth culture mediates and builds rules around even casual interactions is the Nintendo Switch game Dōbutsu no Mori (‘Animal Crossing’). The changes wrought by the pandemic have seen an incredible global rise in the game’s popularity, which allows players to ‘digitalize’ their interactions with friends and family. This ability to mediate the complex real-life act of hanging out with friends into a simpler and more manageable online activity is what seems to appeal most particularly to Japanese players. A number of unspoken rules have sprung up to avoid embarrassment or hard feelings, with much emphasis on greeting and thanking other players as one would in real life. One must never even disturb the weeds growing on the virtual ‘island’ of the player you are visiting, for example.

What then is there to learn for businesses that interact with their younger customers through online channels? Mercari, Japan’s largest user-driven online marketplace (for example, selling your old coffee machine) and its first ‘unicorn’ business, clearly illustrates how deep cultural sensitivity can help contribute to business success. While its users have developed their own stock phrases and formalities for price negotiations and reserving items, Mercari itself has excelled in actively addressing the responsibilities that always arise between buyer and seller in Japan.

For many items, scanning a barcode will automatically fill in a basic description of the item and suggest a price. This seemingly simple feature resonates with users in Japan because it removes much of their responsibility: it avoids any mistakes and—most importantly—ensures a price which has worked previously and is thus deemed ‘appropriate’ by the community. Mercari’s killer feature, however, is that shipping can be completely anonymous. Sellers take items to a convenience store, scan a barcode on their phone, receive a shipping label without their or the buyer’s address, and the postal service delivers the package without revealing anyone’s identity. This mediated system truly limits any human interaction. No ‘real’ connection—to which Japanese, old or young, would be hesitant to commit—is ever created.

There is a lesson here for any business that operates online and targets younger consumers: Knowing how to respond to the Japanese need for ‘safety rails’ is still vital. Instead of defaulting to the casual tone and visuals of many leading US platforms, a more formalized approach is the way to lubricate web-based transactions in this market. Brands should consider how to develop interactions that resonate with the cultural importance in Japan of relationship management. Understanding the nuances which can obviate the friction and anxiety that users might otherwise feel remains a key component of relating to Japanese consumers, no matter how youthfully cool they may appear.

David Maria Röhrscheid, is a director at Yuzu Kyodai Japan. 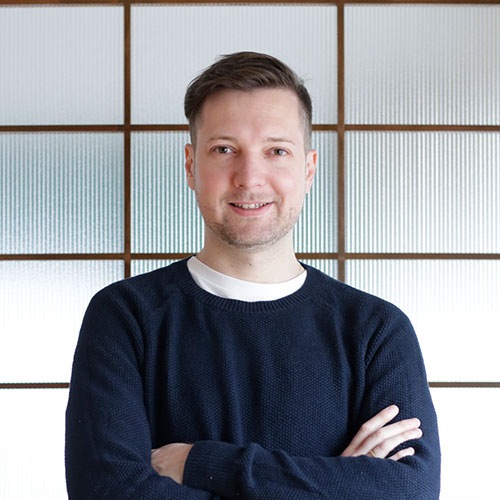