Humans vs. machines. Who will win in the end?

"The reality is that humans aren’t being replaced by machines; machines advance what humans operate today," said Jamie Auslander, senior-VP of research and analytics at true[X].

"What machines are able to do is make ads dramatically more effective because they can identify receptive consumers, and when they do that, they can significantly increase brand impact," he added.

This summer, digital ad tech company trueX, IPG Mediabrands’ Magna and IPG Media Lab teamed up to conduct research on machine learning technology and advertising. "The Humans vs. The Machines" study analyzed and tracked three IPG campaigns in real-time to see what kind of impact machine learning assistance had in terms of effectiveness, compared to humans alone.

The research, Auslander said, helped the researchers see that machine learning technology is also more economical because it was able to make more of an impact by finding more receptive consumers and using fewer exposures than humans working on their own.

One finding that Auslander said he found surprising is around the performance trajectory of a campaign when assisted with machine learning. Typically, when a campaign is operated by humans, impact and interest increases in the early stages, peaks in the middle and decreases toward the end. When machine learning was added into the mix, the impact followed a similar initial curve, but then sustained the middle level throughout.

"The machines are learning over time, so they are getting smarter and collecting more data," said Auslander. "It’s like a baby that can barely walk, then it’s crawling, then walking and then running." 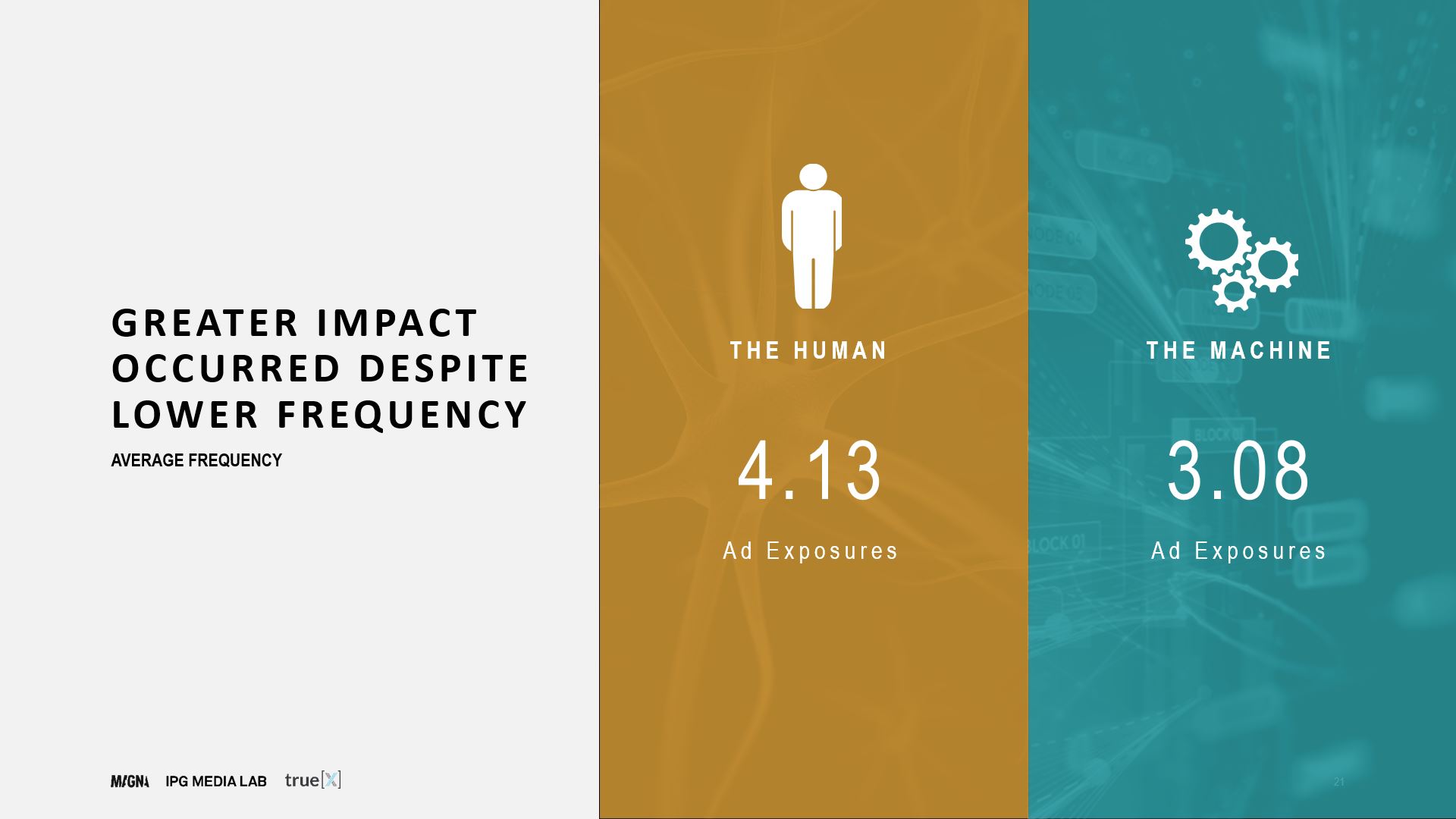 In the past, Auslander said advertising leveraged a "spray and pray" approach to campaigns, which then evolved with innovations around targeting and household demographics and individual data.

"What machine learning does is furthers that and starts to try and tease out a hidden variable that isn’t so easily discovered and that variable that we’re calling receptivity is so important," he added. "These models can uncover or predict how receptive a consumer will be to a message before you even show the consumer the message, which is a real advancement."

How Alodokter lifted engagement by 45% using ...

The security blanket of research