Things are more than tough for many in the UK right now and it’s only going to get worse.

While a war is raging in Ukraine, the cost of living in the UK is going through the roof and it doesn’t look like it’s going to slow any time soon. Inflation is expected to continue to rise and is anticipated to hit double figures by the end of the year.

Living standards are set for a “historic fall”, with inflation hitting 6.2% in February, the highest it has been for 30 years. Households who were already on the brink of food and fuel poverty will be pushed to the brink.

As is the case with any seismic societal shifts, the marketing industry is left wondering what we can do about it. How do we respond?

As we saw during the pandemic, the temptation for many brands will be to hold up a mirror to the public and demonstrate empathy by running advertising that proclaims that “we’re all in this together”.

But how genuine is this approach? The reality is that most of the people responsible for this advertising will have no idea what its like to choose between heating or eating.

And, more importantly, do people want brands to parrot back the difficulties they are experiencing “in these uncertain times”?

Kantar carried out piece of research at the height of the pandemic in 2020 to understand this and 75% of consumers actively wanted brands to inject humour into their communications. People wanted levity during the darkest days of the pandemic.

This hunger for humour in times of difficulty can be traced back through time.

From the thousands of Americans queuing round the block during The Great Depression to watch the likes of Buster Keaton and Charlie Chaplin on the silver screen for some light relief, through to the birth of alternative comedy in the UK that started during the recession of the early 1980s.

Alexei Sayle and Keith Allen used stinging comedy to laugh through the pain of the Falklands War, rise in fascism and the spiralling cost of living.

When times are tough, laughter remains a form of medicine. And studies have found that this is scientifically true. Laughter is a potent endorphin releaser.

Sharing a joke can bring people together, when you laugh with others, the timed release of endorphins makes us feel closer to one and other. And because laughing releases serotonin in the brain, it is considered an antidepressant.

It’s no wonder that comedy has played a significant role in our lives when we’re feeling threatened. This may explain why the ancient Greeks used art to laugh at deadly disease.

Or why Roman gladiators used to leave humorous graffiti on their barrack walls before fighting to their death.

Or why during the Black Death, Italian writer Giovanni Boccaccio wrote The Decameron, a collection of comedy novellas written from the perspective of people in isolation.

Michael Lowis of Northampton University, an expert in the psychology of humour, explains why we find solace in jokes: “When logic won’t work or we are completely powerless, making fun of the situation, laughing at it, gives us a sense of power and helps us reduce the problem in our minds.”

Or as Jimmy Carr puts it in his book, Before & Laughter, “Laughter is a way of processing the tough times.”

I think it’s for this reason, that some of the most memorable and successful marketing campaigns used humour and were born out of times of deep difficulty and socio-political upheaval.

This was marketing that resisted the urge to hold a mirror up to the problems that we faced in the world but instead transported people away from the feeling of hopelessness and used humour to inject some hope into our lives.

But jumping into humour doesn’t come without caution. As creative strategist and stand-up comedian Matt Box warns: “Any work being created during these tough times, needs to be well observed and made by people that know what it’s like to struggle financially.”

Box goes on to say “comedy, like advertising, has a huge diversity issue and works best when it’s based in specific truth”.

Much like purpose-driven activity this year, like Asda, which has tackled the cost of living crisis by lowering the cost of its Smartprice range and making more products available.

The same goes for a comedic approach, it has to be done with authenticity and true empathy for the audience in mind. Soulful, not performative.

I think we can all learn from this as we move through 2022. 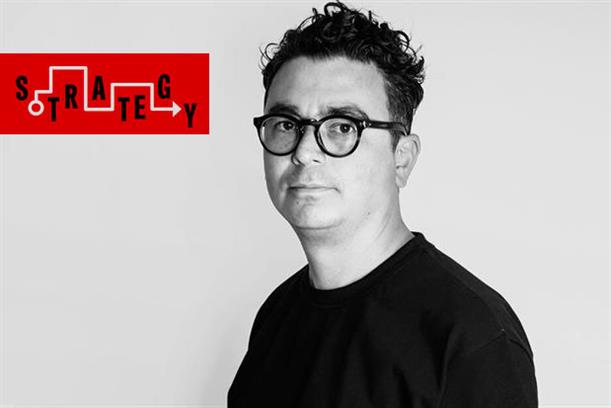 Next 15 in talks to buy Engine Group in the UK

A flightplan for B2B marketers to emerge from crisis