Lyndon Morant, regional director of integrated marketing and communications for Colgate-Palmolive, is forthright about the environmental impact of his company—and the entire FMCG sector.

He notes that Colgate sells 700 million manual toothbrushes and 2.3 billion tubes of toothpaste annually in India alone, and he therefore understands why the company might justifiably be considered one the world's biggest plastic polluters.

Morant is equally clear about the moral imperative for large consumer companies.

"Some folks talk as if the responsibility for environmental conscience should sit with consumers," he told Campaign Asia-Pacific. "[As if] people should make up their minds and choose those products that have less plastic, and then the world will be a better place because economics will do its job. But we disagree with that. We think there's a moral responsibility on the folks who are making the stuff, to make the stuff better."

To that end, Colgate has developed—after five years of effort—what it claims is the world's first recyclable toothpaste tube. The parent company has also publicly pledged to use 100% recyclable packaging for all its products by 2025.

At the same time, Morant has a brand to build, and under his watch (he joined in 2019 from GroupM, where he was chief strategy officer overseeing L'Atelier) Colgate has been re-shaping its brand to be about much more than dental hygiene.

"We have been through a big evolution in the past three years," he said. "Everything from changing our logo to revamping our brand experience to defining who we are and what we stand for. And what we landed on was that we represent optimism in action. And that is seen through the Colgate smile."

The smile is literal—a graphic element in the brand's logo—but it's also figurative and aspirational. "The Colgate smile is different from just a smile of happiness or joy, a superficial smile," Morant said. "It's when you see somebody smiling as though they see the future optimistically. They see a bright future. That's the Colgate smile." But of course, many people have a hard time smiling when they think about environmental damage and the climate crisis.

So Morant and his teams are at work on a number of initiatives to marry Colgate's optimistic brand positioning with positive activism in Asia, by highlighting and supporting worthy initiatives. As part of that effort, he's acting as the client for MediaWorks, the four-day training experience presented by Campaign Asia-Pacific, which kicked off yesterday. Seven teams of young professionals from around APAC will tackle a brief Morant presented, under the mentorship of leaders from media agencies within all the major holding companies. Amrita Randhawa, Mindshare's APAC CEO and executive chair for China, is the chair for the event. The teams will present their proposals and a winner will be selected on Friday.

The brief centres on helping the company find ways to reach out to and engage with young, "impatient optimists" (as Morant terms them) who have great ideas to help with sustainability but need a spotlight and support to scale those ideas. 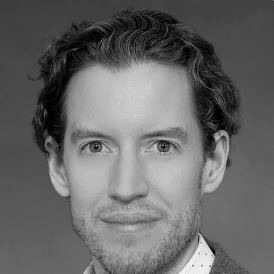 
"It's all well and good having a brand belief that everybody deserves a future they can smile about, and that belief is rich and full with the essence of optimism," Morant said while presenting the brief Tuesday afternoon. "Where optimism is its most powerful is when it inspires other people to take positive action. When optimism spreads, it can become a behaviour, and a behaviour can become a cultural norm. And that's how society gets pushed forward. That's how we get things done."

Keith Timimi, APAC chief innovation officer for VMLY&R, who presented the brief alongside Morant, said the central question in the brief is how Colgate might collaborate with young people to help kickstart this virtuous circle. "Young changemakers need our commitment to lend support to grow and scale and educate," he said. "This is not Colgate telling you you must brush your teeth. This is Colgate saying, how can we work with you? How can we work together to affect this change?"

Stay tuned for a future article detailing the proposals the MediaWorks teams come up with.

Winning MediaWorks team doubles down on trust in ...