As the official partner of the Uefa Euro 2020, Heineken has created the Stadium in a Box, which contains an authentic stadium dugout chair that has been rebranded. Dugout seating is usually reserved for players and coaches. There is also a backdrop of fans in the stands, a beer fridge, official Uefa Euro 2020 merchandise and a voucher for a gourmet match-day food delivery.

A team from Heineken will be assigned to each special delivery to install the boxed-up stadium in recipients homes.

There are 51 limited-edition boxes available, one for every match in Uefa Euro 2020. Each is being given away to football fans through a competition run by Heineken and Tesco. Winners will be drawn every week for four weeks and the boxes will be delivered to people's homes throughout the tournament.

Matt Saltzstein, beer brand unit director at Heineken, said: "As an official partner, we know that when the Uefa Euro competition comes around, fans truly get into the tournament and live and breathe international football, whether they're in the grounds, in the pubs or in their homes.

"And for people enjoying the occasion from their living rooms this summer, we wanted to give them the chance to really dial up the atmosphere and truly immerse themselves in the matches. What could be better than the delivery of the Stadium in a Box, which contains everything that's great about being in a football stadium?"

Cow PR is delivering the project.

Last July, Heineken explored a similar concept in the US when it hosted a Stadium in a Box competition for Major League Soccer fans, giving them a win a replica stadium seat from their local team. 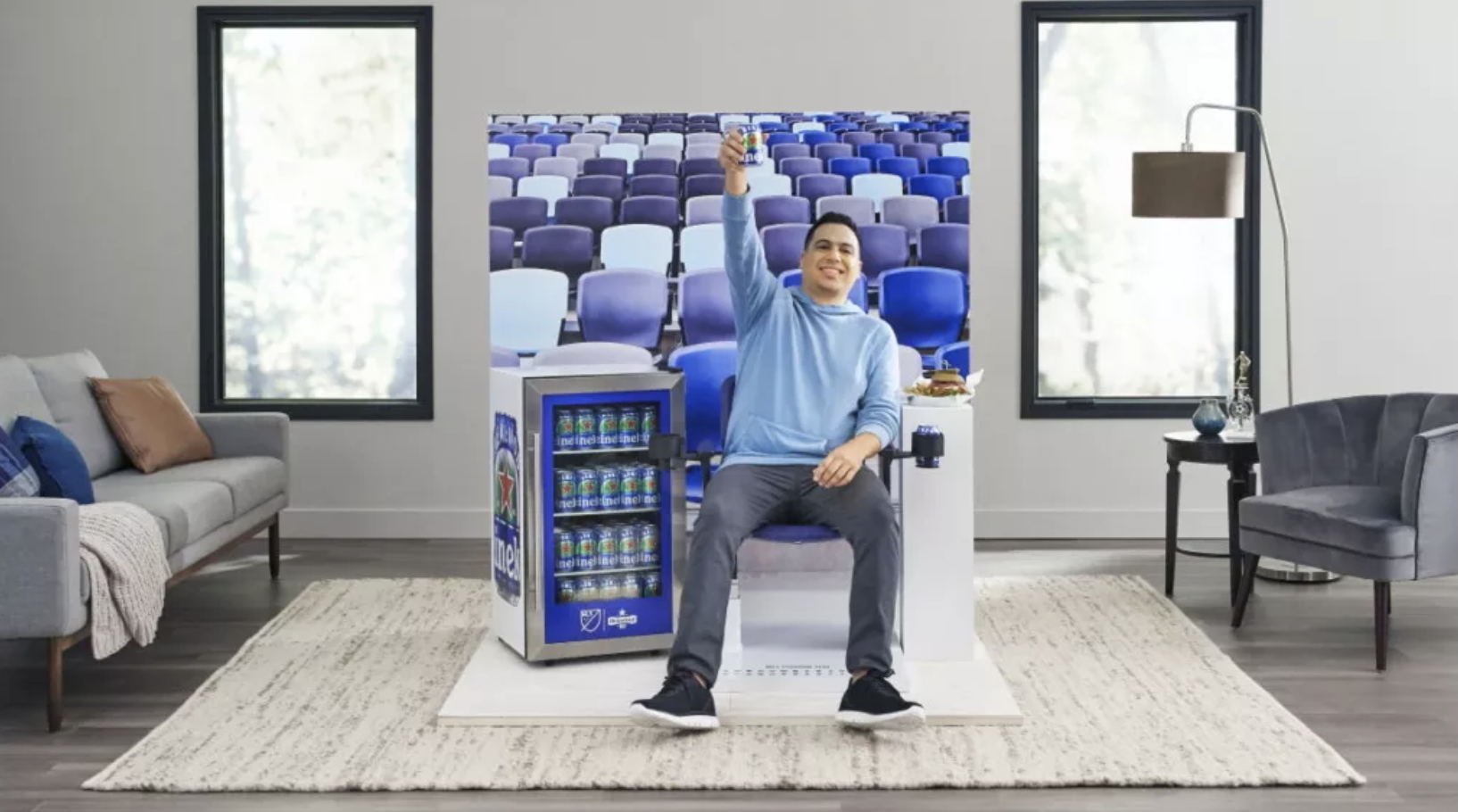