Editor's note: Apologies for the above, but it's all we've been able to get out of Ad Nut since Ad Nut was exposed to a new Singapore campaign for something called the LG Styler.

The campaign involves the tune and characters from Pinkfong Baby Shark—the top YouTube video of all time. And the LG Styler, we have learned, is a US$2000+, monolith-shaped appliance that has various abilities related to removing dust particles, odors, wrinkles, dust mites, bacteria, and viruses from clothing.

The video below—which we strongly recommend you do NOT watch, based on what has happened to our pal Ad Nut—explains the product benefits, and appears in conjunction with a TikTok / Instagram dance contest promotion. The brand offers up an AR filter and invites people to make their own Baby Shark videos extolling the many wonders of the LG Styler, with a chance to win prizes such as (no points for guessing) an LG Styler.

We believe that if Ad Nut were still able to form full sentences, Ad Nut would say that although it's ridiculous, you can't deny that the campaign is light and catchy. And it does a good job of teaching the product benefits.

We have contacted the brand to learn what if any agencies were involved in the campaign, and whether there is any known cure for our beloved Ad Nut.

We very much hope that Ad Nut will return to Ad Nut's normal eloquence and verbosity soon.

Update 14 May: Ad Nut is back to normal (as much as a literate squirrel that loves to talk about advertising can be described as 'normal'), and LG's representatives report that DDB Korea was responsible for the creative strategy development and production of content, in collaboration with Smartstudy (the owner of the Baby Shark intellectual property rights). 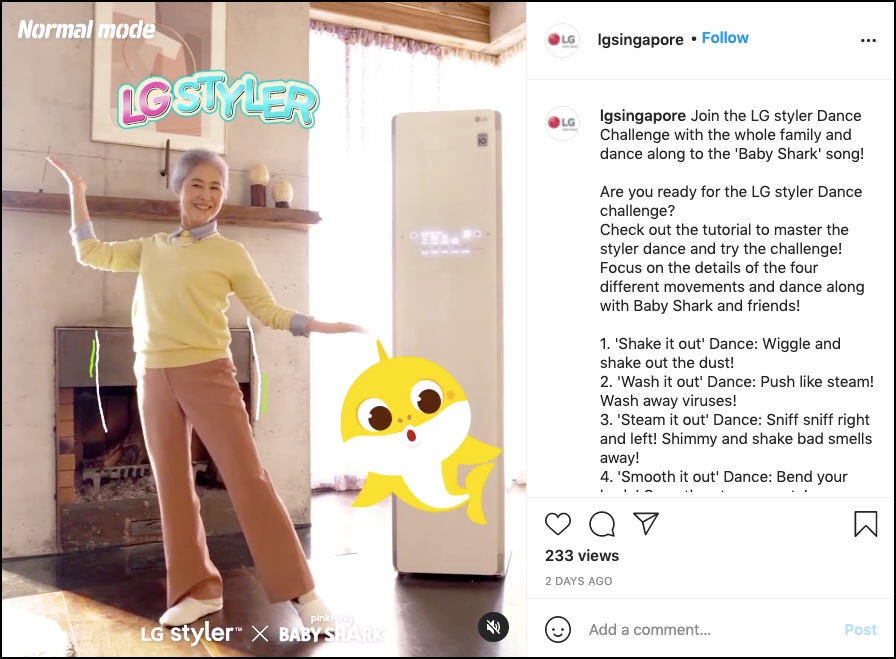 Reels, Shorts and TikTok: How do advertisers divide ...

The sun is rising in the east and west for TikTok