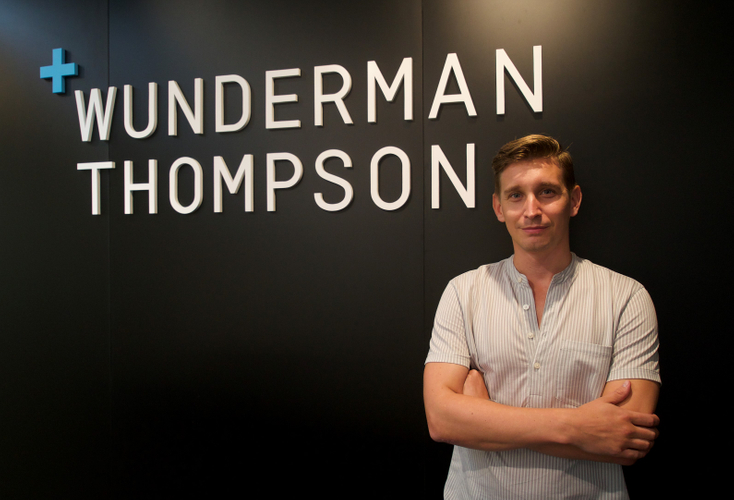 Wunderman Thompson Hong Kong has appointed David Atkins as head of strategy. Atkins has been in Asia for over 5 years, having transferred to Hong Kong from Digitas London in 2014. He has worked with brands such as Shangri-La, HSBC and Cathay Pacific, and he most recently led the strategy discipline at Publicis Groupe Hong Kong.

Golin appoints Jason Cao as its new MD in China. Cao will manage all operations in China, including GolinMagic, which was formed after the acquisition of Magic Group in 2016. He was most recently China’s GM for The Hoffman Agency, and prior to that, Beijing’s GM and head of China's corporate and technology business, as well as head of new business development for WE Communications.

Qualtrics has added three new senior appointments to its research services and strategy team in Asia-Pacific and Japan (APJ). Lisa Khatri has been promoted to the new role of research and brand experience Lead in APJ to provide consulting services to clients while building research and brand capabilities for them. Sam Burgess and Bill Guo join as research experts, bringing almost 30 years’ collective experience from brands including GfK and FiftyFive5 respectively.

Ogilvy Health has appointed Dan Blomfield as managing director of its Singapore operations, responsible for expanding the business and working with local and regional clients. Prior to joining Ogilvy Health, Blomfield was client services director for MIMS, Asia’s largest HCP network and medical communications company. He previously worked in a similar role for Incuna, a health tech agency headquartered in the UK and Singapore.

Katheryn Lui has been promoted to Group Head of Strategy at Dentsu Aegis Network Hong Kong. Lui currently is head of consulting practice at Isobar Hong Kong, responsible for experience-led transformation solutions for clients. Stepping up to the group level, Lui’s remit has now expanded to elevate the network's strategic agenda, reformulate the planning framework and business roadmap. Having worked in Australia, Hong Kong and China over the past 18 years, Lui has accumulated multidisciplinary experience across a spectrum of verticals, from luxury, beauty and travel to finance, FMCG and NGOs.

Gyro, the creative B2B agency within Dentsu Aegis Network, appointed Theophilues (Theo) Tan as executive creative director for APAC. He has 15 years of experience including BBDO Singapore, where he was group creative director. Tan takes over the helm from Mark Chung, who is stepping down as ECD for personal pursuits.

VMLY&R has named Lucy Wilson to the role of regional director of human resources, ANZ effective immediately to engage, grow and retain talent across VMLY&R’s Sydney, Melbourne, Brisbane, Auckland and Wellington campuses. With over 12 years of diverse HR experience in the marketing, adtech and professional services industries, Wilson was most recently director of people and culture at mobile adtech company, Leadbolt, and prior to that was a national people and performance manager at Deloitte Australia.

72andSunny Singapore has hired Jaclyn Lee as strategy director. Lee joins from Wunderman Thompson where she was planning director on Friso and the Singapore Bicentennial accounts . She has also held planning director roles at Isobar and BBDO Singapore, leading strategy across Southeast Asia and global markets for brands including Visa, HP, Fonterra, Uniqlo and a number of government departments.

RhythmOne, a Tremor International company, announced the launch of its programmatic platform in APAC and Latin America. The company appointed Assaf Suprasky as general manager of Tremor International’s Israel operations and Gal Topaz as senior vice president of exchange operations and business development. Suprasky was formerly CEO at personalized advertising specialist myThings, and Topaz was the CEO of programmatic group Feature Forward. Physical business development and sales teams are also now in place and active in Europe, APAC, and LATAM. The company claims brand safety is at the heart of its offering.

Imogen Hewitt has left Havas Media Group where she served as group managing director in Sydney.  She has joined Publicis Media as the new CEO of Spark Foundry Australia.

Quantum Consumer Solutions appointed Phoebe Liu in its Shanghai studio as associate partner. She joins with a 10 years of experience in insights and marketing in China, across agencies including Synovate and Frog Design, as well as on the client side with Johnson & Johnson and International Hotels Group. She will focus on expanding the business into new sectors such as tech, automotive and services.

Indian content platform Glance (part of the InMobi Group) has closed a $45 million investment from Mithril Capital, an Austin, Texas investment firm co-founded by Silicon Valley investors Ajay Royan and Peter Thiel. The new funds will enable Glance to launch multiple new platforms, including Glance TV - a mobile-first, short form video platform; Glance Gaming - a destination for casual gamers; Glance Shopping, commerce-based content; and Glance Nearby - a hyperlocal experiential platform. The company will also use the funds to expand into Southeast Asia in the coming months. In conjunction with Mithril’s investment, co-founder Ajay Royan has joined the Glance board.

Korean-based Internet company Naver has agreed to comply with the Better Ads Standards as set out by the international Coalition for Better Ads. Through its Whale browser, Naver will adhere to requirements of the the coaltion's better ads experience program, which certifies web publishers that agree not to use the most disruptive ads according to their standards.

MediaCom appointed Frances Ralston-Good as global account director for Procter & Gamble’s media planning and buying account. Ralston-Good, founding UK chief executive of Hearts & Science, quit the Omnicom shop earlier this year, but her exact role at MediaCom has only now become clear. She will manage 450 MediaCom staff across multiple P&G brands in 30 markets, including much of central and eastern Europe, a large part of Asia-Pacific, and parts of Latin America and Africa. (Read more)

Alex Khan has left mobile ad platform Smaato, where he served as APAC managing director.  Delynn Ho is now being promoted to APAC general manager. She previously served as Smaato's VP of supply in Asia-Pacific.

Antoine Calendrier is Edelman’s new head of reputation in North Asia. He was previously managing director, corporate affairs at Elan Edelman in Paris. In his role, he will leverage Edelman’s new suite of analytical tools and consulting services designed to manage an organisation’s trust capital, known as Edelman Trust Management (ETM). Prior to joining Edelman, Calendrier held leadership positions in Asia with Burson-Marsteller as the firm’s Hong Kong CEO, and WE Worldwide as the agency’s China MD. Before working in Asia, he led corporate affairs at Hennessy (LVMH) in Paris.

Fanta appointed MediaMonks as its lead agency for Southeast Asia following a pitch. MediaMonks’ Singapore team will handle creative work, focusing on digital and social, to further develop and amplify Fanta's brand promise using a core creative message that will tie in all produced content, and link the brand to even more consumers. Pratik Thakar, head of integrated marketing communications for ASEAN at The Coca-Cola Company, said the agency brings "a new-generation perspective on reaching consumers, merging data and technology with a unique approach to the development of content".

Comms agency Within International has announced a new office in Hong Kong—their first in Asia—where they will continue delivering integrated services across time-sensitive projects. Robert John Tasker, associate operations director, APAC and Sarah Cestau, associate client director, APAC will lead the new operation. Both will bring cross-sector and international experience to the business, with a focus on growth and client servicing. The agency’s portfolio of clients largely falls within law, real estate and insurance with brands such as Prudential, Knight Frank, and Deutsche Bank.

Production company Sweetshop and Israel-based Green Productions are launching a company in Australia and New Zealand, Sweetshop & Green, which the companies say will produce films and TV projects that are artistically exciting, but also commercially viable, with identified audiences and exported to the world. Launching in October, the company will be headed by joint MDs Sharlene George, founding partner and global executive producer of Sweetshop, and Israeli producer Gal Greenspan, co-founder and CEO of Green Productions.

Digitas has been appointed as Great Eastern Life’s media agency of record for Singapore with immediate effect. Digitas will be responsible for online media buying, planning as well as assisting in the insurance company’s path to digital transformation to enable consumers to become more adept at financial planning. Digitas will also partner with Starcom to support offline activities.

DDB Group Hong Kong appointed Frankie Fung as executive creative director. Fung returns to the agency, where he worked from 2011 to 2015. He was most recently group creative director at Mcgarrybowen Hong Kong and has also worked for Leo Burnett Hong Kong, Saatchi & Saatchi Guangzhou and MullenLowe. He will lead the development of integrated creative for McDonald's, as well as other local business, reporting to DDB Group Hong Kong CEO, Andreas Krasser.

Arsenal FC has announced a partnership with German beer brand Ganzberg to be the club's official beer partner in Cambodia. As well as using Arsenal branding across billboards, digital advertising and cans, the brewery will also work with Arsenal Football Development’s expert coaches to deliver annual coaching clinics to harness the popularity of football and Arsenal in Cambodia.

MoPub, a Twitter company focused on mobile publishers, appointed Dushyant Sapre as managing director for Asia Pacific, based in Twitter’s Asia Pacific headquarters in Singapore. He was previously MD for APAC supply and global app partnerships at Criteo, and was a founding leader of the Criteo Singapore office since 2013. He will develop and implement a regional growth strategy, with special focus on Japan, Korea and China while working to strengthen partnerships publishers, app developers, media companies and programmatic buyers, according to the company.