In its latest quarterly earnings, pioneering video streaming service Netflix showed some kinks in its previously impenetrable business model. While the pandemic helped the brand boost its user numbers thanks to millions of consumers being confined to their homes, this bubble seems to have burst for Netflix.

Combined with geopolitical tensions in Russia and Ukraine, and growing concerns over account sharing and slowing growth in the US and Canada, its two largest markets, the video-on-demand provider lost subscribers for the first time in a decade. It piloted a new model in Latin America to curb sharing of accounts. CEO Reed Hastings also admitted to analysts that Netflix would consider a cheaper advertising-led plan, to bring in more users and hopefully restart growth.

According to a study by The Trade Desk, ad-supported viewership in Southeast Asia has grown rapidly with some 116 million viewers currently embracing ad-funded content. An overwhelming majority of these viewers are ad-tolerant, with nine in 10 (89%) willing to watch two or more ads in exchange for an hour of free content. In Singapore, ad-supported viewership is rising fast as more than half of OTT viewers (52%) are using ad-supported platforms.

Given the captive audience at hand and massive amount being pumped into this market ($50 billion according to one estimate), how can advertisers cash in on this opportunity? Campaign Asia-Pacific complied commentary from across the industry to decipher what this meant for advertisers, Netflix, and the wider industry at large.

What do you think of Netflix’s plan to introduce an advertising layer to its offerings? Netflix is most likely going to have ad-free tiers (the existing ones) while adding on ad-supported ones. This will help it chart the next stage of its growth by unlocking mainstream audiences who are more price-conscious and might need to be more dynamic market-to-market, as we have seen with their India operations. This is somewhat similar to Spotify but will involve a high level of complexity given the nature of the streaming content. 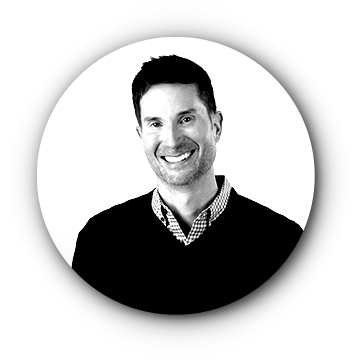 Consumer behavior and preference has forced Netflix to reverse its long-time stance on advertising. The company can’t keep raising its subscription prices to solve its revenue challenges. In December, Forrester found 43% percent of US online adults who use a streaming service are concerned with how much they’re paying for all of the streaming services they subscribe to. Netflix’s subscriber losses are a major wake-up call for Netflix which has previously held firm on subscriptions as its core business model. Simply put, subscription revenue alone is no longer a sure bet. Offering a lower-cost ad-supported tier as an option to consumers should have happened a year ago. But now Netflix is playing catch up to its competition. This is in sync with market dynamics, similar to the evolution of other formats as the market matures and consolidates and video becomes an integral part of the media mix. Lots of the premium OTT pubs now have a hybrid model—offering both SVOD and AVOD services.  For Netflix, it’s likely to act as a catalyst in acquiring more users especially price sensitive markets and further strengthen its dominance in video streaming domain. Netflix is clearly losing dominance in the SVOD market. According to GlobalData, the streaming company’s market share in the US was 25%, and this will fall to 16% by 2026. It is clear that we are now post-peak stream as life goes back to normal. Streaming services are either throwing money at the problem, chasing a dwindling number of subscribers, or (in Netflix’s case) cutting back on content spend, which was its USP. Streaming services need to adjust expectations, and improve their offerings to prevent further haemorrhaging of subscribers and to compete in an increasingly fragmented SVOD market.” 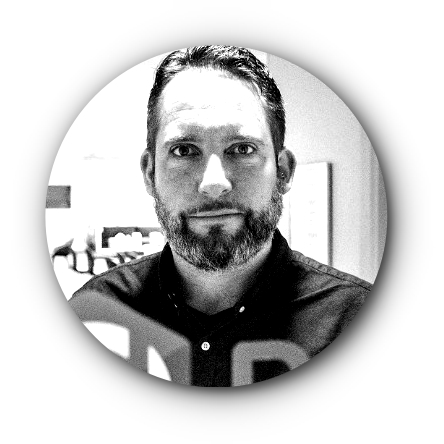 Netflix’s plans for ad-supported streaming won’t incite a return to the days of constant ad breaks and linear TV. Rather, the future of ad-supported streaming lies in creating a flexible middle ground where consumers can choose from a selection of price models: subscription, ad-supported, or a hybrid of both. For OTT providers, offering only subscription models means that they price themselves out of the market for cost-conscious cord-cutters. But as competition stiffens and consumer choice reigns supreme, they must acknowledge that consumers are increasingly looking for flexible, low-cost alternatives to meet their streaming needs.

What does this mean for advertisers?

Thankomony: Advertisers are already prepared for the boom in OTT and CTV and have been waiting for the option to reach the Netflix audience. It will also be an interesting exercise of transformation for Netflix as they have as an organisation never done ad sales. They might be getting calls at this very point that they might not be fully prepared for. As more OTT players start opening ad supported options, it does add complexity to the planning and buying process. Adtech and measurement players will be seeing how to make offerings for advertisers to make this easier.

Kunduri: From advertisers' point-of-view, this will help them have more scale, gives them an opportunity to reach and engage with captive audiences in premium content environments harnessing the benefits OTT offers to advertisers—all the lean-back benefits of TV, with the granularity and addressability of digital. This reinforces the insights we had from the piece of research we had commissioned with Kantar to explore the relative efficacy of video advertising in premium OTT and non-premium environments in Southeast Asia. The impact of the same video creative on conscious and subconscious viewer response was measured in two different environments. The results were clear—premium video channels like OTT should be an essential part of every advertiser’s toolkit. Consumers trust these platforms and as such are more receptive to ads on them.

Proulx: The meteoric rise of ad-free streaming services has been a problem for advertisers, especially as Gen Z and millennial audiences abandon broadcast and cable television in favour of streaming platforms. It’s going to take at least a year or two before Netflix’s ad-supported tier hits the market, so advertisers are going to have to wait a bit. But when it does, it will expand the addressable CTV marketplace and unlock that much more opportunity for brands to reach and target audiences online.

Liljelund: The ad-supported model has reached a level of maturity that makes it impossible for streaming giants to overlook the benefits. And thanks to Netflix, these benefits will now take centre-stage, including the ability to generate new revenue streams and innovate the user ad experience to make it more effective and less obnoxious. What’s more is that the technology to deliver these benefits has become more robust, using a combination of white-glove and programmatic ad sales, as well as self-serve advertising platforms that allow OTT providers to sell their ad inventory through a branded, automated marketplace. This enables them to tap into the massive SME ad spend that currently drives digital ad growth.

Which brands and advertisers are most likely to be keen to jump aboard?

Thankamony: While a lot of advertisers (probably all advertisers that have video assets) will want to get on as soon as the offering is available, we can expect Netflix to be selective in their advertiser vetting. We know that content producers go through a stringent process and I don’t expect that Netflix will allow viewer experience to be compromised in anyway. There are likely to guidelines which adhere to Netflix requirements in terms of quality and content.

Kunduri: Currently brands consider video-streaming platforms as the right environment for building brand awareness and uplift. As scale increases, more brands across categories are expected to include it in their media mix.

How should advertisers approach this opportunity?

Thankomony: Start looking at how you plan and measure video across screens and formats and calibrate a planning approach that works across the board. Agencies and brands need to think of the viewing experience holistically and try to plan for being a part of an entertainment environment instead of an ad environment.

Kunduri: Advertisers should plan for a video-omnichannel approach wherein video-stream platforms should be part of the media mix. While testing and experimenting, brands need to have clear KPIs defined for each screen as each environment brings in a different benefit. It's about finding the synergy.