An interview-flip was the first event to kick off Campaign's 50th birthday in Cannes. Campaign quizzed McCann Worldgroup chief Harris Diamond and global brand marketer Kathleen Hall of Microsoft—then the editors faced the questions. The deal—in pursuit of truth—was that questions would be challenging and answers frank. The reaction from both sides? Game on. Embarrassments and accusations of bias were let fly.

Here are some of the edited highlights..

Claire Beale: Kathleen and Harris, tell us about your most embarrassing business mistake. This will set the tone that this is no-holds-barred. 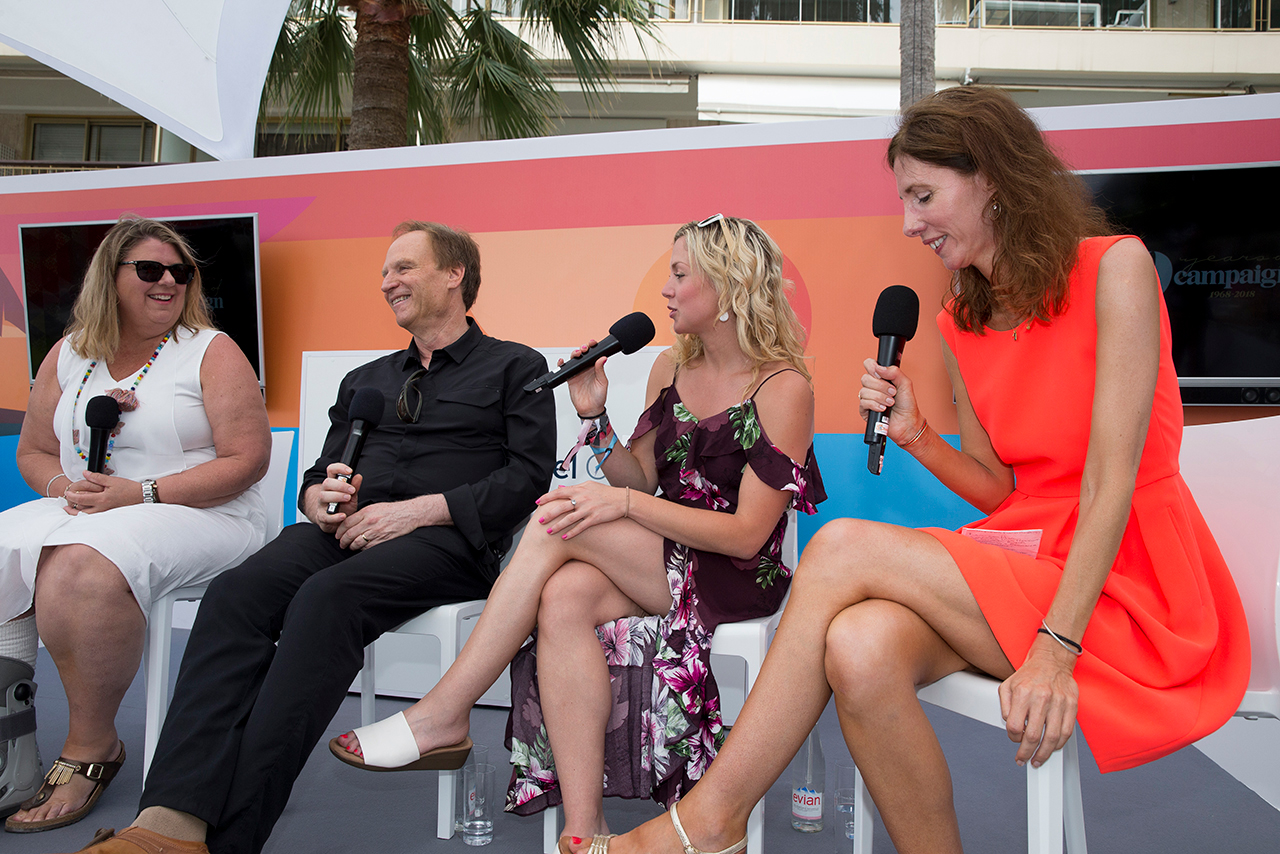 Kathleen Hall: I’m known for saying stupid or really direct things that should be inside my head. Our client was Bruce Weiner (said Weener) and I was briefed it mattered to say it correctly. He walked in and I said, "Hi, Weener!" It’s become part of my brand, right guys?

Harris Diamond: I’m thankful you said business! I was thinking of way too many evenings in college...I went to take a Democrat candidate for governor to a political meeting in Pennsylvania when I was a young kid. Strong Labour.  He looks at the car and I’m sitting in a Toyota. I remember to this day as he first broke the steering wheel and then came after me as we realised I’d have to drop him about half a mile from the meeting. It was my first introduction to the meaning of brand. 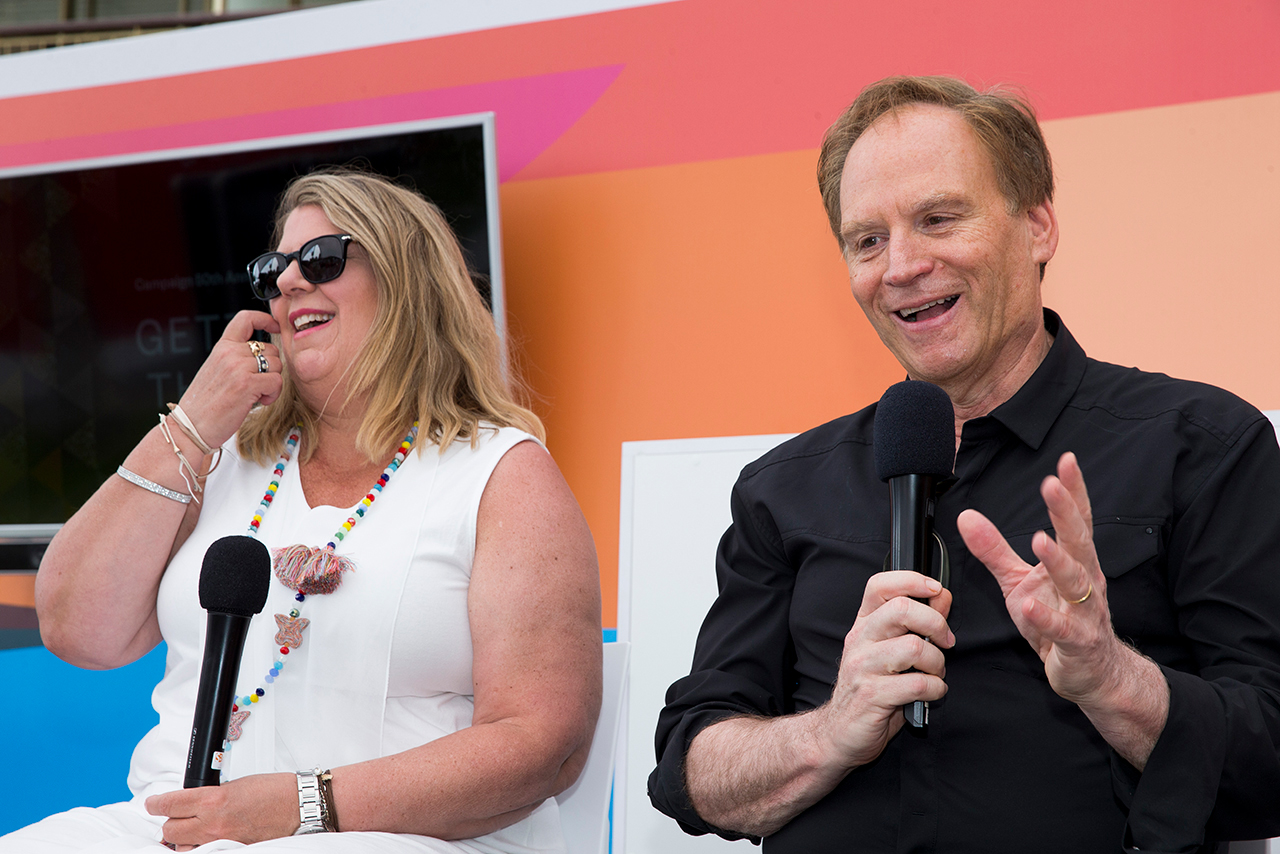 How much, how big?

Lindsay Stein: Clients are asking for more efficiency and margins won’t improve. So how does that affect your relationship [with Kathleen], Harris? And how can big be nimble?

KH: I want to ask about your first business mistake!

We don’t talk margins, we talk strategy and business and opportunity. I can get incremental impact through negotiating the shit out of fees but I’m going to get exponential impact from a great idea. I’m interested in who’s on my business and what will they come up with that will kick ass.

HD: It’s more about doing more for the same than doing more for less. We’ve resigned business where we thought the economics didn’t make sense. But procurement is not the issue that the press seems to focus on, on the creative side of things. Procurement is the frenemy.

KH: If you’re fighting about money then there’s something else wrong with the relationship. I don’t feel I’m part of a massive group. I have my team who work on my business.

Robert Sawatzky: Do you have to respond quickly to competitors?

KH: Truth and authenticity is the key. Fear is a bad strategy; speed isn’t always the best response. 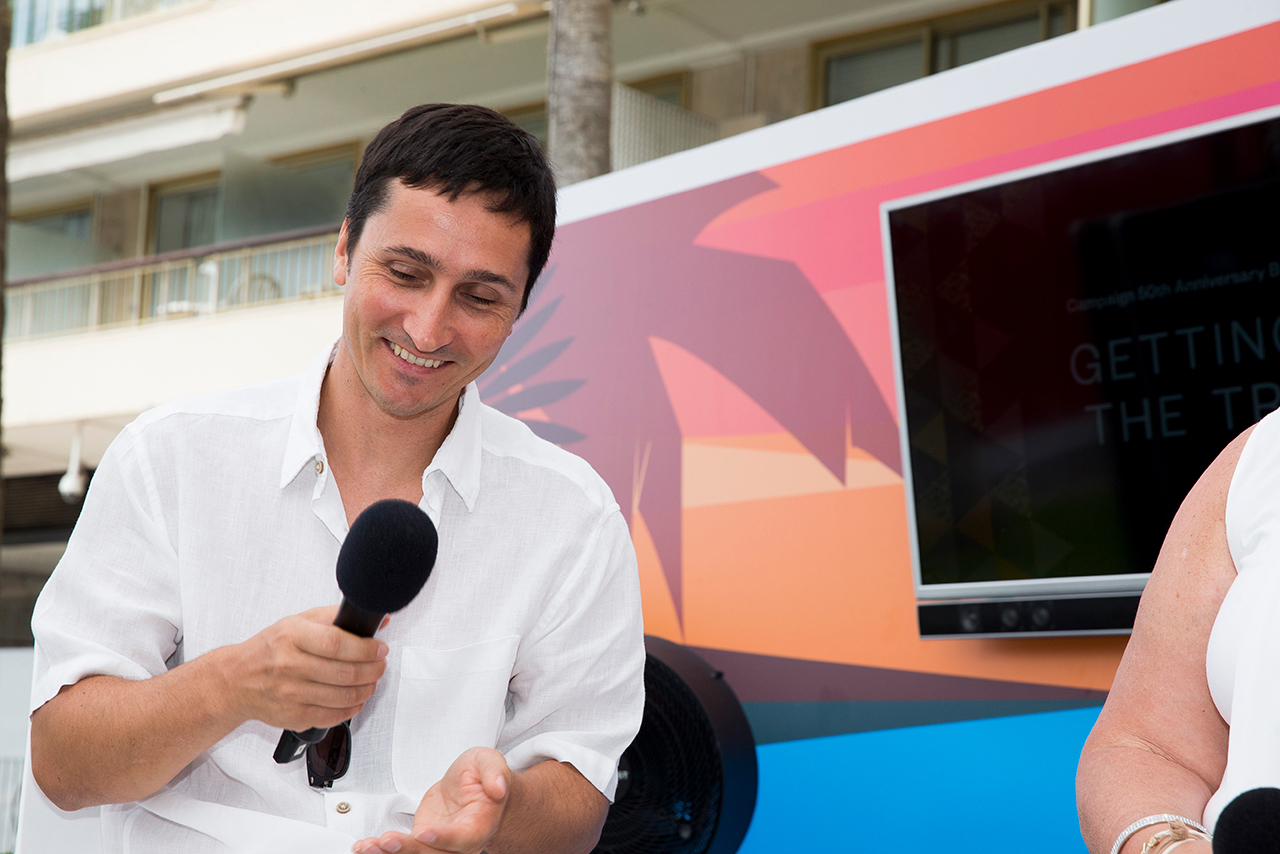 LS: Wasn’t "Fearless Girl" more of a one-off stunt rather than a long-term campaign?

HD: No, look at what it was designed to do. It was lightning in a bottle but great creative has to travel the world and grab attention. It did that. Same with "Dumb ways to die".

CB: Do you have a responsibility to drive diversity?

KH: Yes, I was dismayed at the level of diversity in Microsoft originally, but we have each been challenged to affect diversity and inclusion. Harris and I have monitored gender and race in a simple excel since then. We’ve moved our creative and media by 13 points and shifted female executive diversity by 30 points. Has this directly impacted the work? Yes.

HD: I have to confess I come from the agency that was the model for Mad Men, in all the bad ways. We did make mistakes but there’s a recognition of the power of diverse thinking. 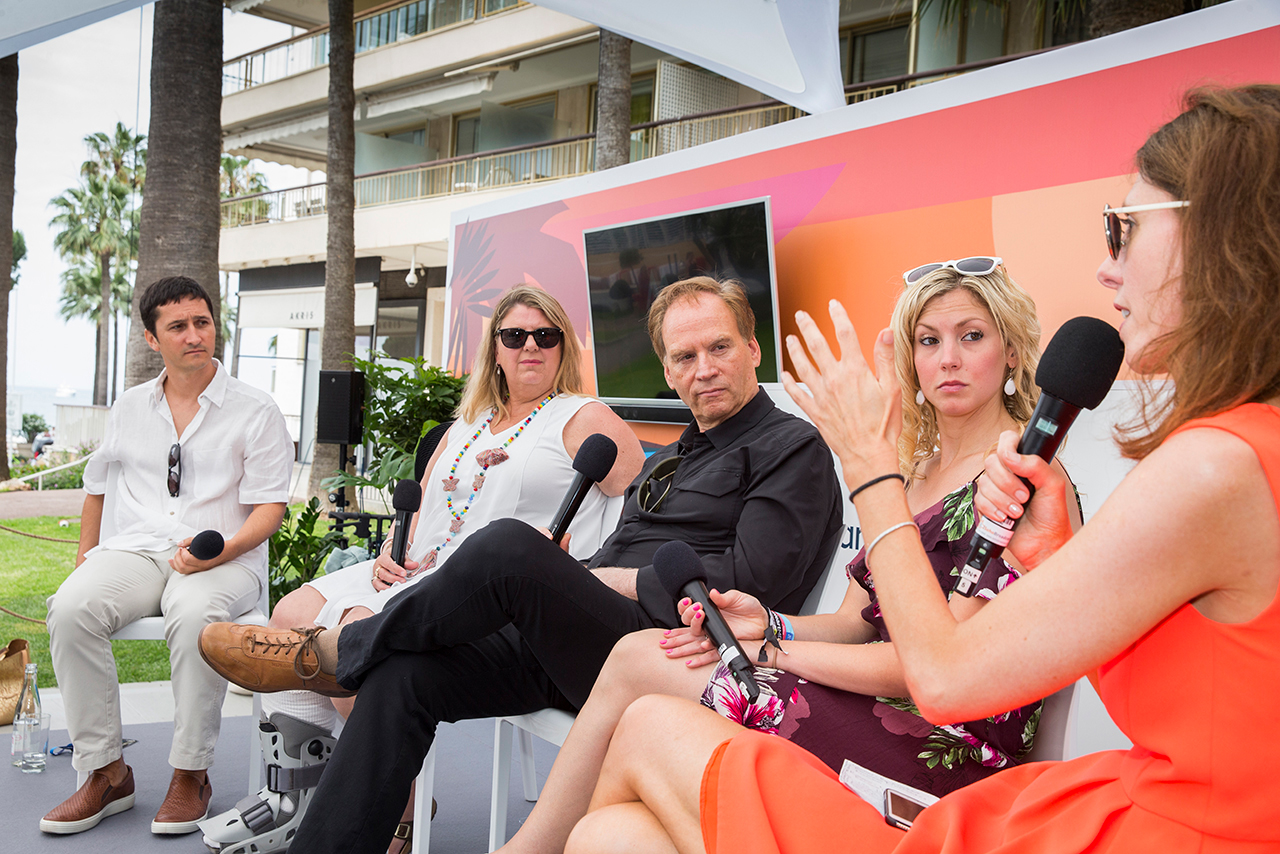 CB: Would you rebuild McCann the same way if given the chance to start again? Would you start from here?

HD: Fundamentally, yes. I’d always want to keep the intellectual capital of all our business. Would I have so many geographies? Absolutely no. We are in 120 places. I’d like the strategic insight in those places but I wouldn’t build the offices.

KH: If I were telling Harris - and he asked me - I’d say I really miss the direct day to day integration between creative and media planning. Ironically, in a digital world, it’s more important.

HD: Just so we’re clear: I recently had us pitch to combine creative and media and she did not choose us. The music sounds really good, the phone call was not so great.

KH: You do not want to go there, my friend.

HD: I would never have separated media planning and creative. That was a mistake. I’m not sure Humpty Dumpty could be put back together again.

LS: Is there an over-supply of creative agencies?

HD: I think there’ll be a consolidation.

HD: I’d like to see a lot of my competitors shrink - and we’re doing everything we can to help them. 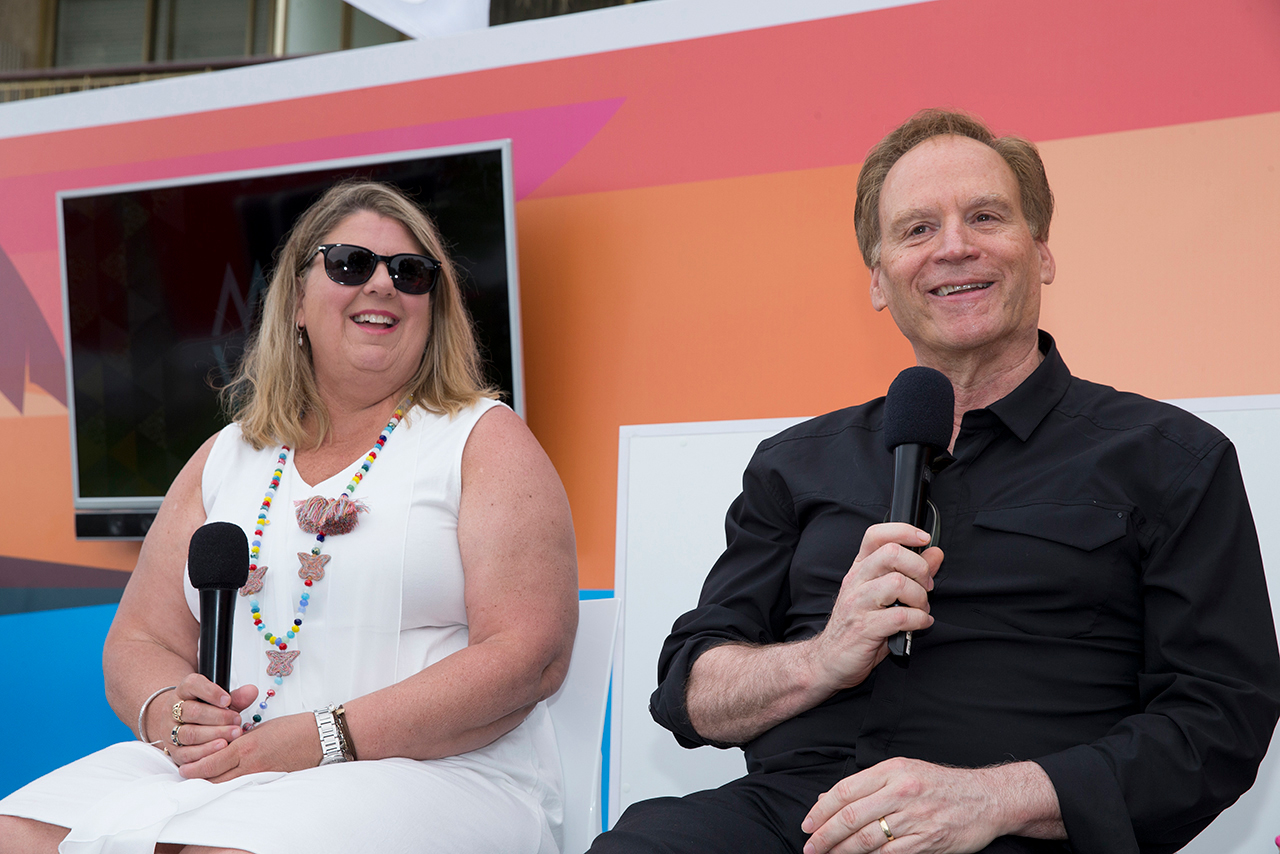 RS: Because [company boards] want results so fast now, CMOs are having to focus more on short-term campaigns at the expense of long-term health. Are you seeing that?

KH: The daily sales data is the heroin that we keep shooting up to get the next high; meanwhile the body’s dying.I can prove the short-term value of my advertising; I can’t prove as well as I’d like the long-term effect on my brand.

HD: The other side of the coin is that brand inoculation, brand value, brand power stand in the piggy bank for the inevitable moment in time when any product is going to have difficulty.

HD: OK, I do think there is a bias, particularly in the UK, about small vs large and a belief that large is neither as agile or creative and yet some of the most effective campaigns have come from large agencies

CB: I wouldn’t dispute that at all. History proves it.

If I take a UK perspective, entrepreneurialism was such as dynamic force in our industry of owner managed agencies that did dazzling work, stood up to clients and put London on the global map. We had a long period when they sold out to the big groups and we lost something of the spirit of the industry. So many agencies just became outposts of global networks and the CEOs were essentially middle managers [unable to make sensible decisions because of central diktats].So we do support, champion encourage entrepreneurialism.

You said it’s an oversupplied market. It’s over-supplied of amorphous, indistinguishable brands. What we don’t have enough of are exciting, challenging newcomers. So we will always champion those.

It’s not either /or but part of a healthy eco-system. One day those challenging agencies will be bought and renew the lifeblood of those bigger agencies. I do feel we have a responsibility to showcase great work from smaller agencies and not just focus on the loud voices of the bigger ones. 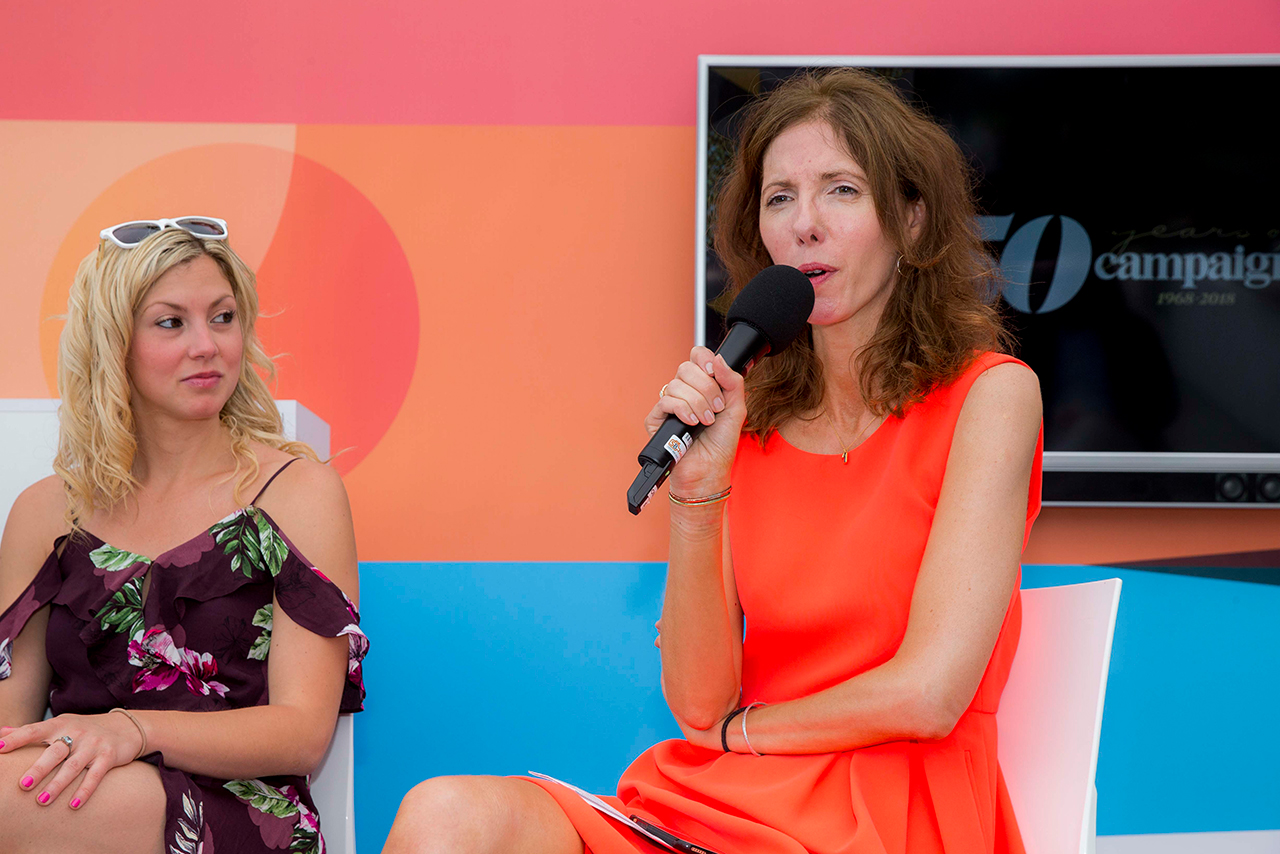 HD: But if I can just challenge that assumption that the lifeblood of agencies comes from new agencies. I would point out that "Fearless Girl" came from two young creatives that were nurtured within McCann. Some of our greatest work comes from people who’ve been with us for 25 years. I’m not sure there is an advantage of inside/outside but of being creatively oriented and smart and arguing for your work.

CB: Yes, it’s definitely not an either/or, but wouldn’t it be exciting if those two women went and launched their own agency?

KH: My question was going to be about your unconscious bias - but your bias is completely conscious! And I don’t have a horse in the game. I’ve been both agency and client and I think the presumption that smaller and independent is better is not appropriate.

CB: Well I I don’t believe that [smaller and independent is better]. It would just be interesting [if they set up their own agency].

KH: If I flip that, though: I’m viewed as interesting because I’m able to affect great change in a large, complex organisation. When you get great creative through a big organisation it’s almost a higher skill set. The main point is that there is a bias and I’m not sure that it’s healthy.

RS: Some bias comes when we hear from people who have left big agencies and talk about the inflexibility.

But the bias is overplayed. There’s also a reputational issue. We’ll always look at word that comes in from a big agency. But we don’t always look at small agencies when under time pressures.

LS:  We definitely pay attention to the big agencies. [People ask why we do so.]

HD: Nothing has made me happier this week than hearing the three of you articulating your answers to this question. This is a moment. And I’m revelling in it.