The new decade began with rosy predictions of an 11th consecutive year of economic expansion, including 5% growth in ad expenditure, as digital technology and globalisation fuelled growth.

But the first cases of a new, severe acute respiratory syndrome had emerged in the Chinese city of Wuhan in the final days of 2019.

Within weeks, China had locked down Wuhan and begun aggressive quarantining and testing on what became known as coronavirus (Covid-19). There was an immediate knock-on effect on business activity. WPP’s revenues in Greater China plunged 23% in the first two months of the year.

It was evident that the coronavirus outbreak had "pandemic potential", as The Lancet, the British medical journal, warned as early as 24 January. Yet many countries, including the UK and US, failed to heed the dangers, even as coronavirus spread rapidly and indiscriminately beyond Asia during February.

Global stock markets suffered their biggest falls since 1987 at the start of March as business confidence, including adspend, collapsed.

The damage to global health and wealth was immense by the end of March, with more than 40,000 deaths and 800,000 confirmed cases, and the worst of the crisis yet to unfold. As the second quarter began, the world economy was heading for the worst depression since the 1930s, with predictions of an 8% plunge in GDP in Europe and the US, according to ratings agency Moody’s.

Advertising was set to suffer badly, with UK industry figures braced for a drop of up to 50% in adspend in April. 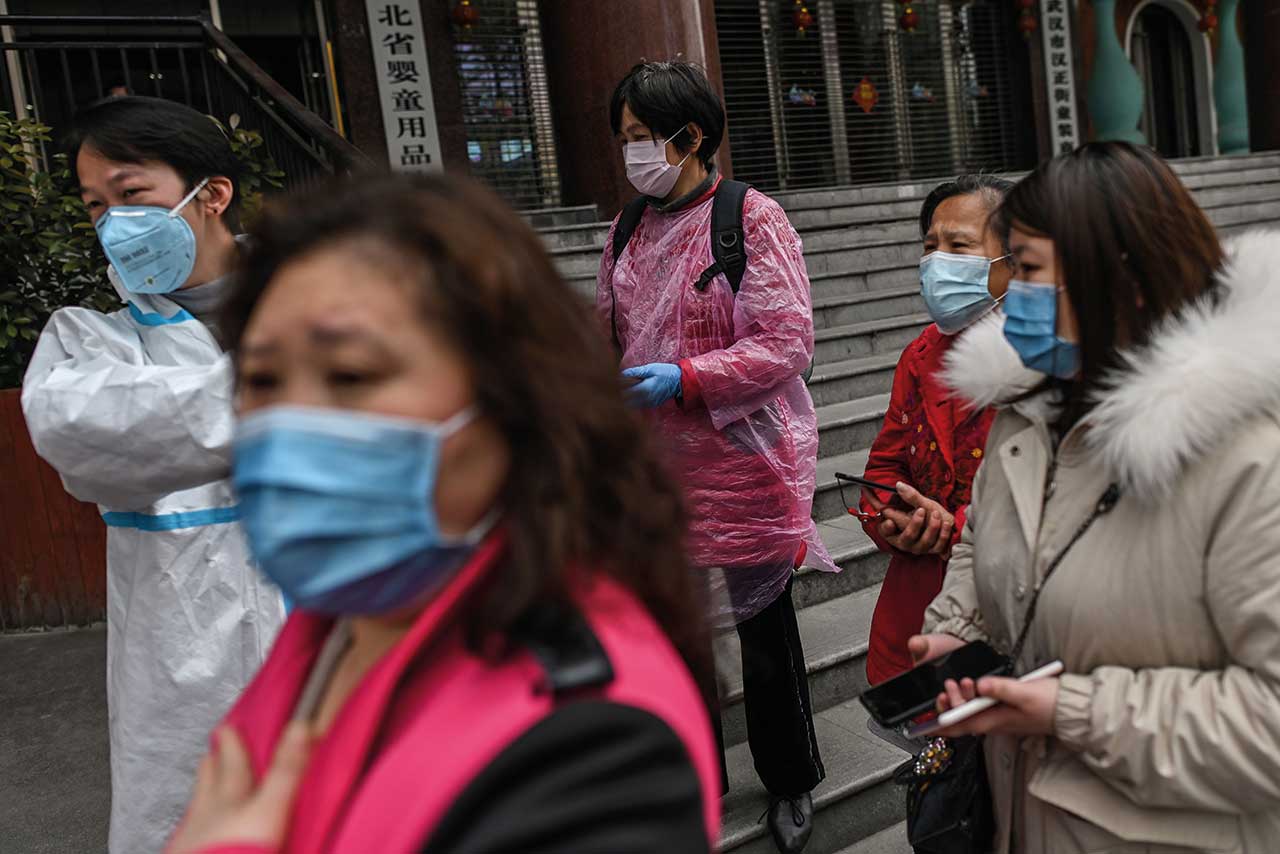 China reported cases of pneumonia in Wuhan to the World Health Organization.

The WHO reported that the cluster of more than 50 pneumonia cases in Wuhan may have been due to a new variant of coronavirus, a family of viruses that also caused the deadly Sars and Mers outbreaks in recent years. 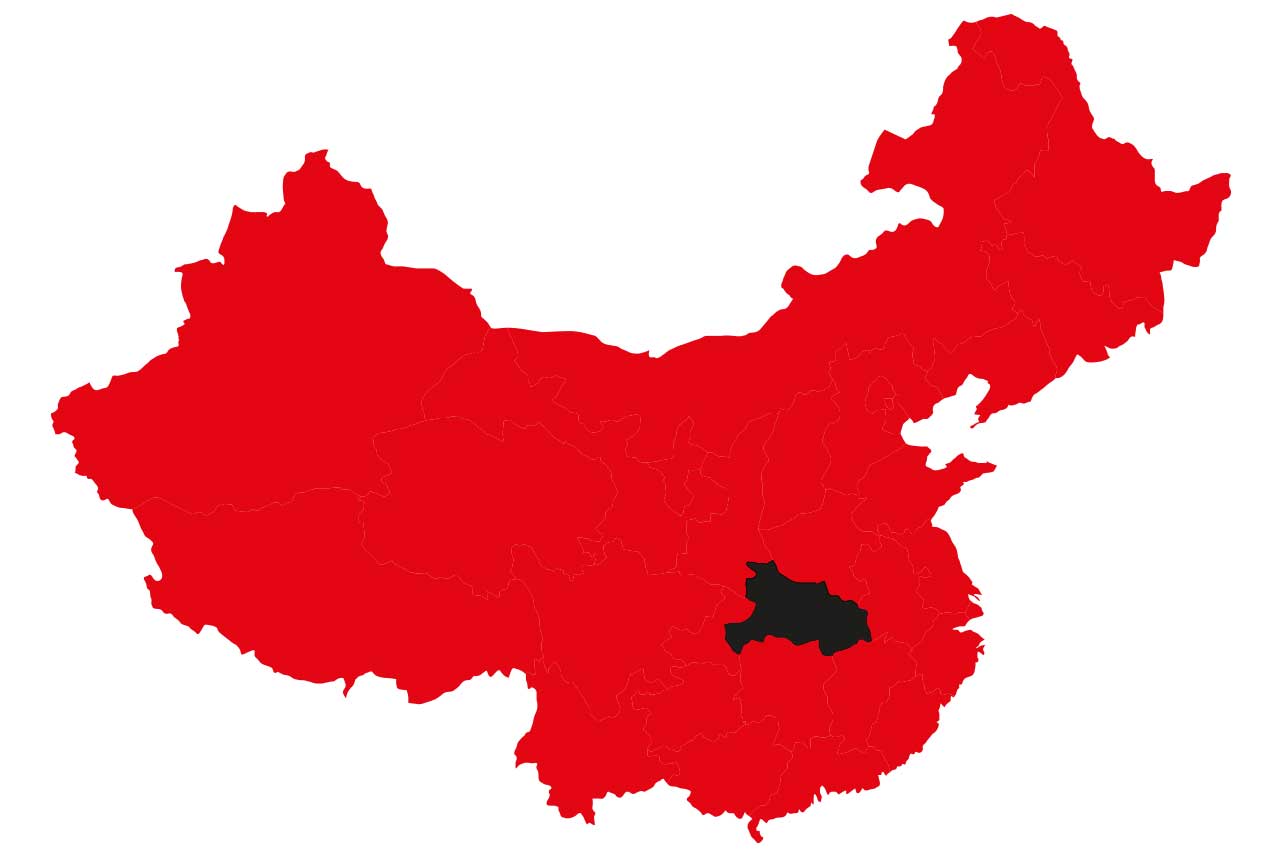 A 61-year-old man from Wuhan, who had died from pneumonia, tested positive for the new coronavirus – the disease’s first known fatality. Coronavirus patients at this point were mainly vendors and purchasers at the city’s seafood market and there was no clear evidence of human-to-human transmission in China. 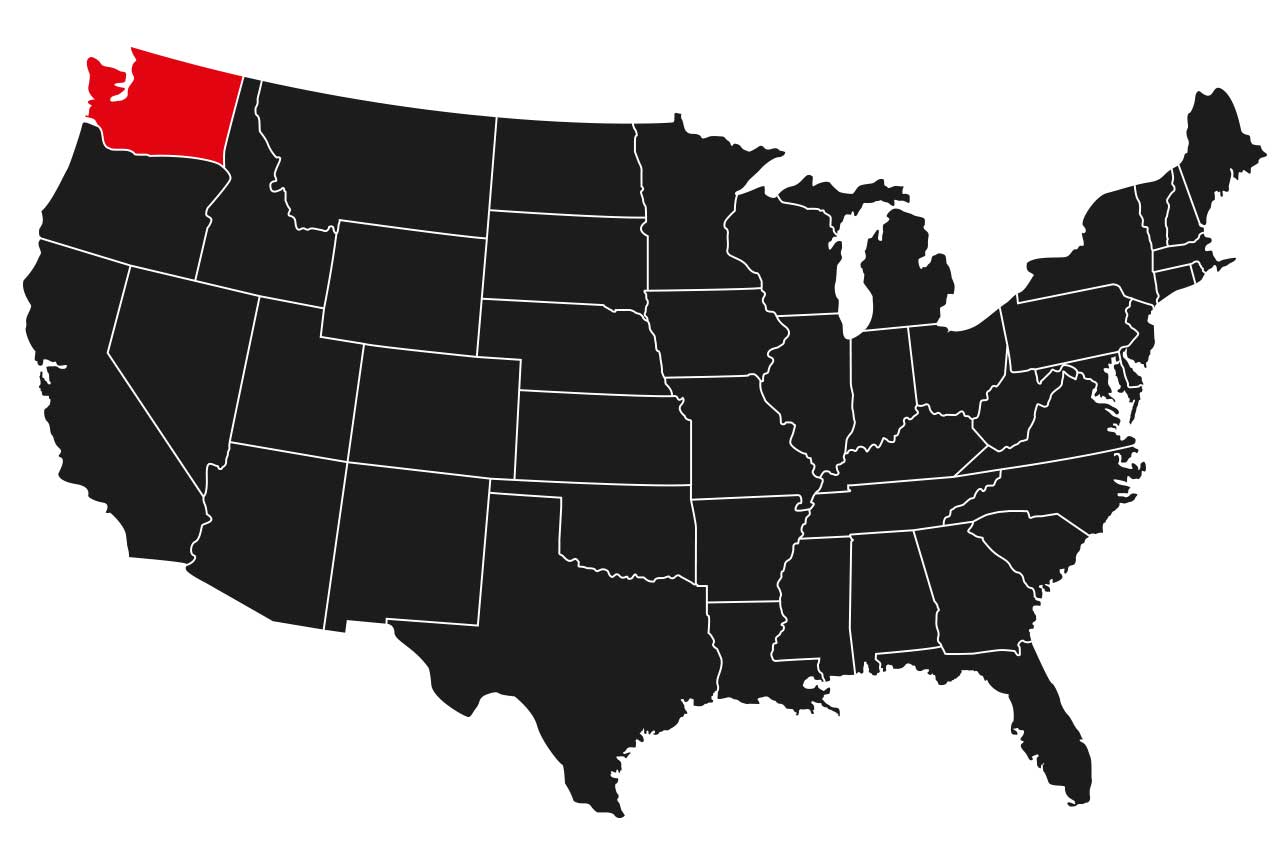 The first US coronavirus case was reported: a resident who returned to Washington state after a trip to China. 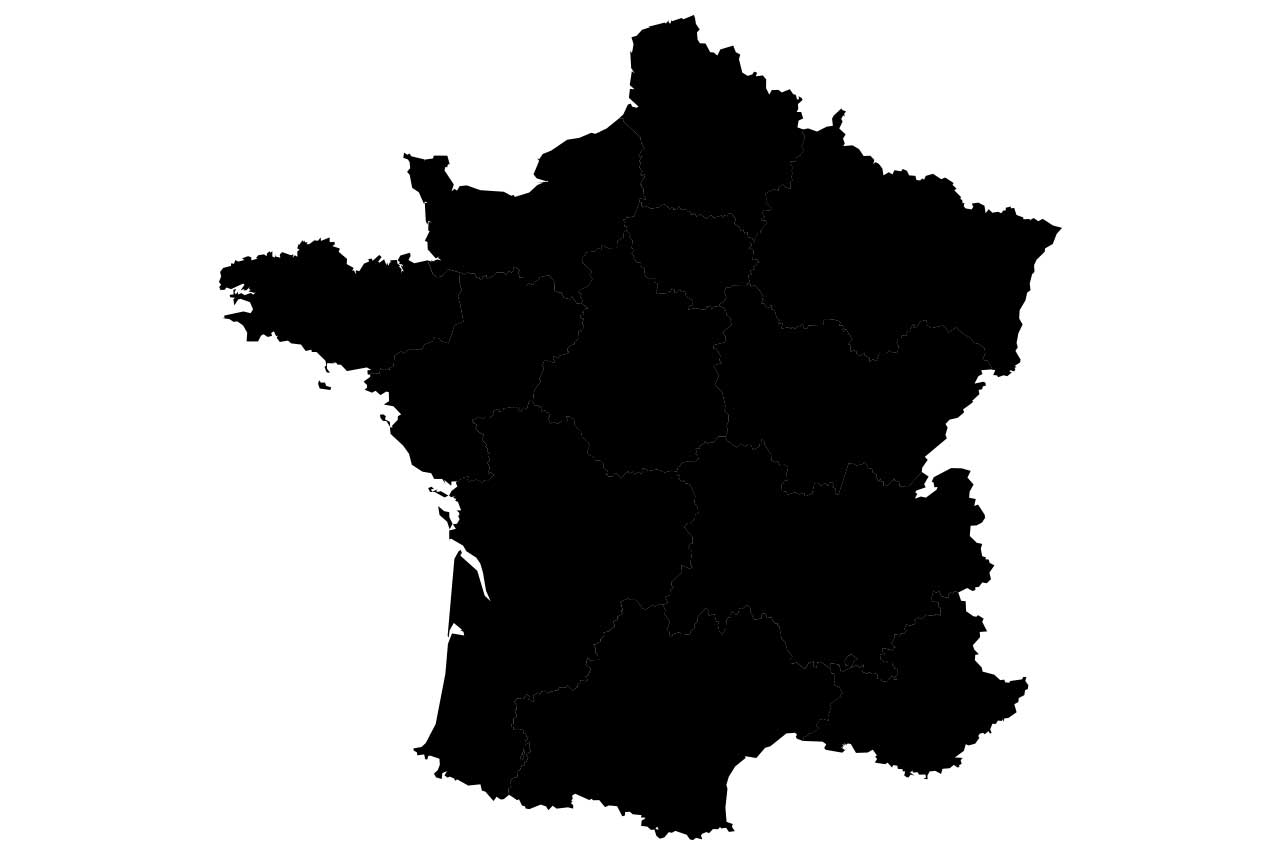 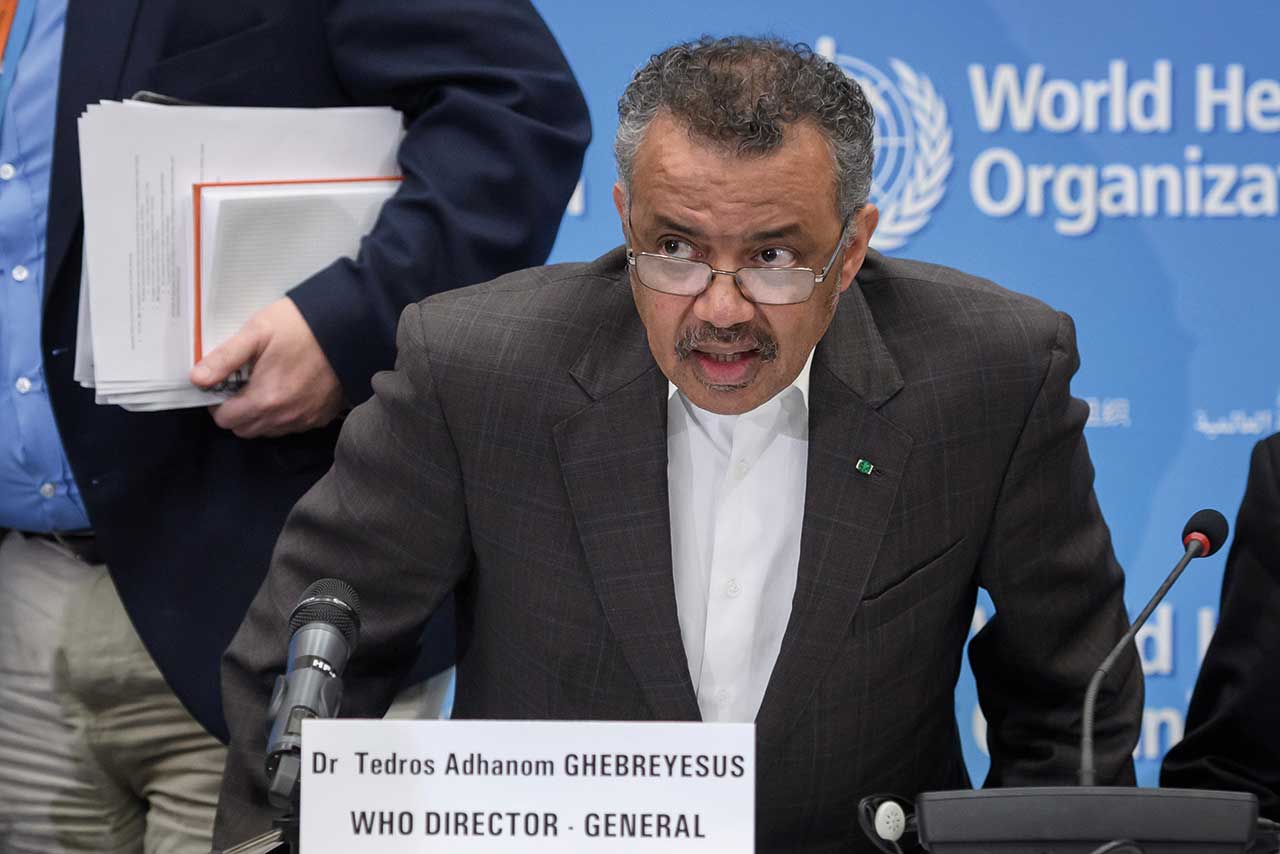 The WHO declared a global health emergency. The virus had infected nearly 8,000 and killed at least 170 in China, with another 98 cases in 18 other countries.

First case of coronavirus was diagnosed in the UK. 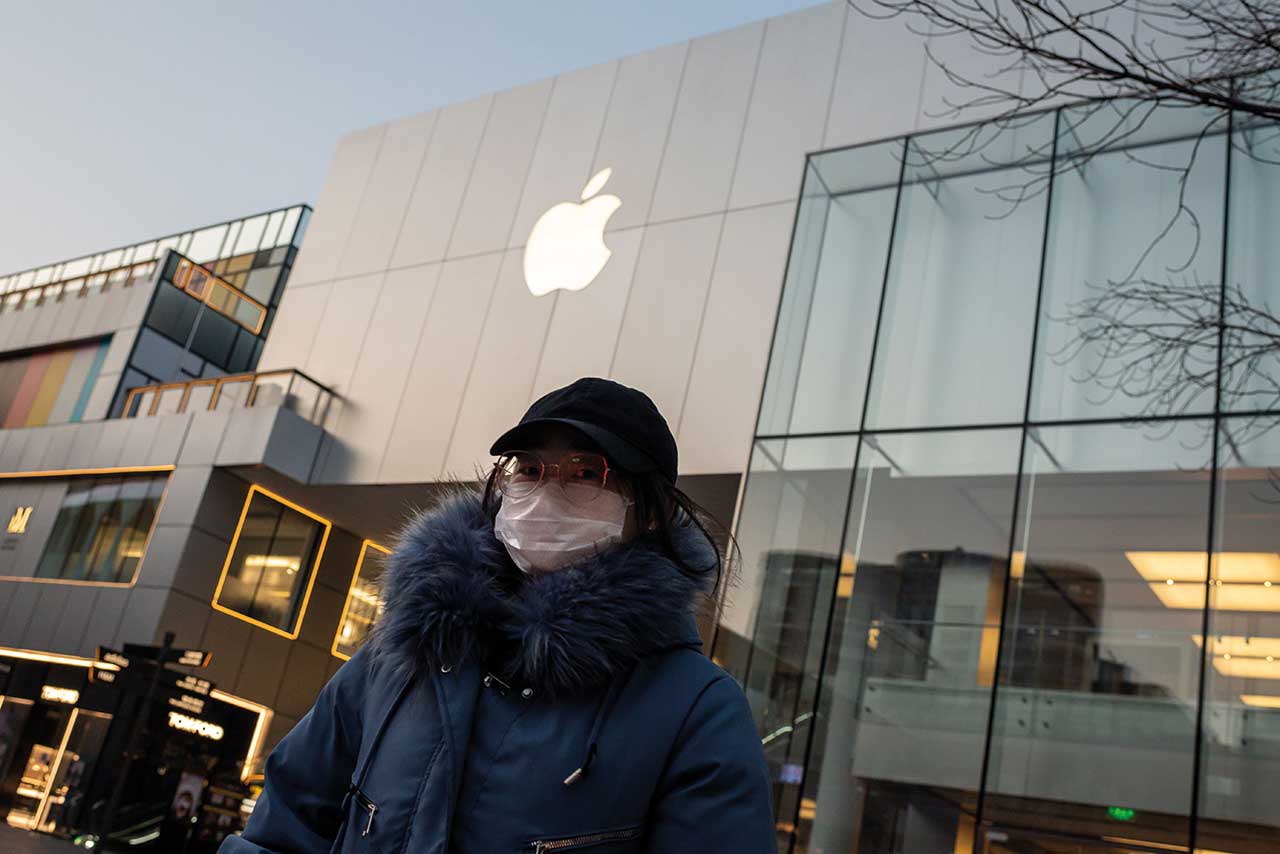 Apple and Burberry were among the brands to shut many or all of their stores in Asia. WPP later reported a fall in its revenues of 23% in Greater China in the first two months of the year, as ad revenues suffered.

The first coronavirus death outside China occurred: the Philippines reported a 44-year-old Chinese man had died from the disease. 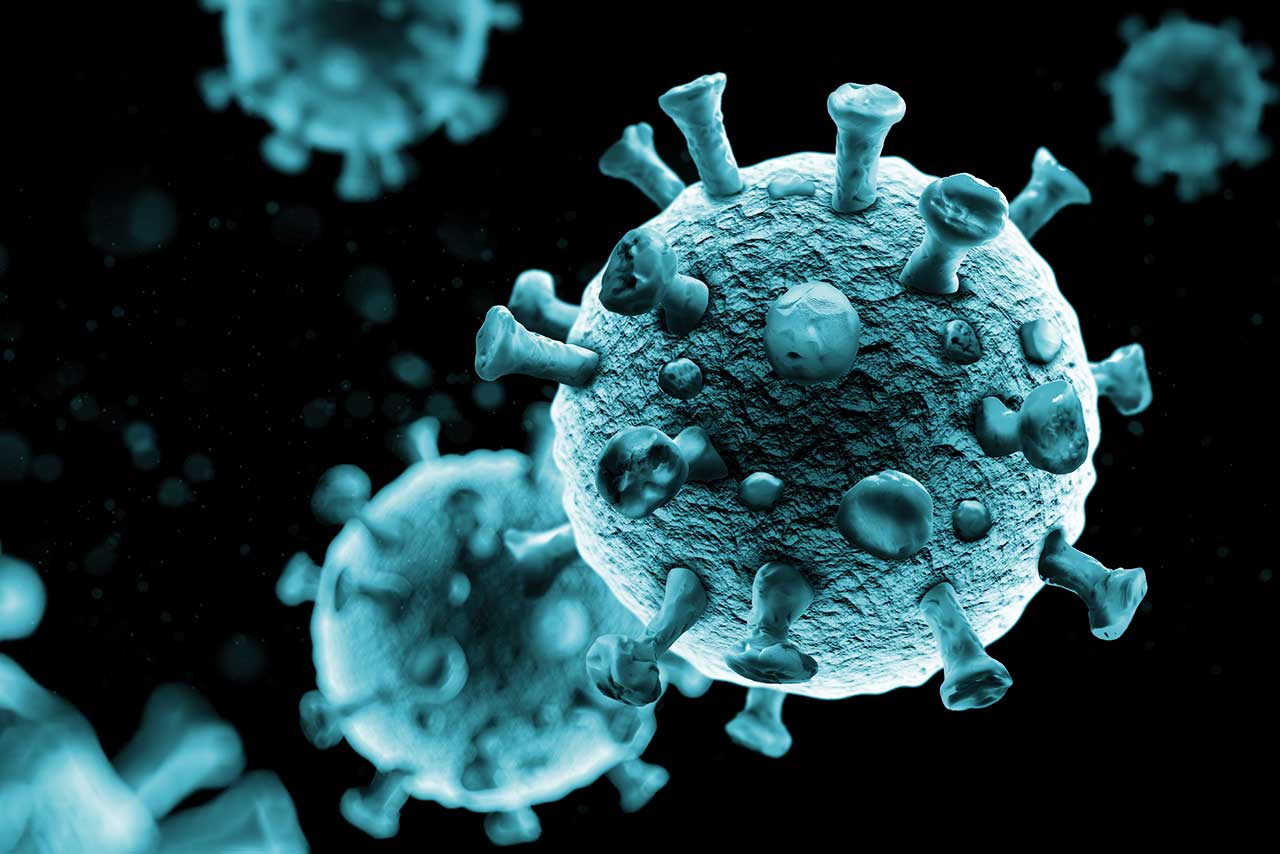 The WHO announced Covid-19 as the name of the disease caused by the new coronavirus, which was itself now officially called "severe acute respiratory syndrome coronavirus 2" (or "SARS-CoV-2" for short). 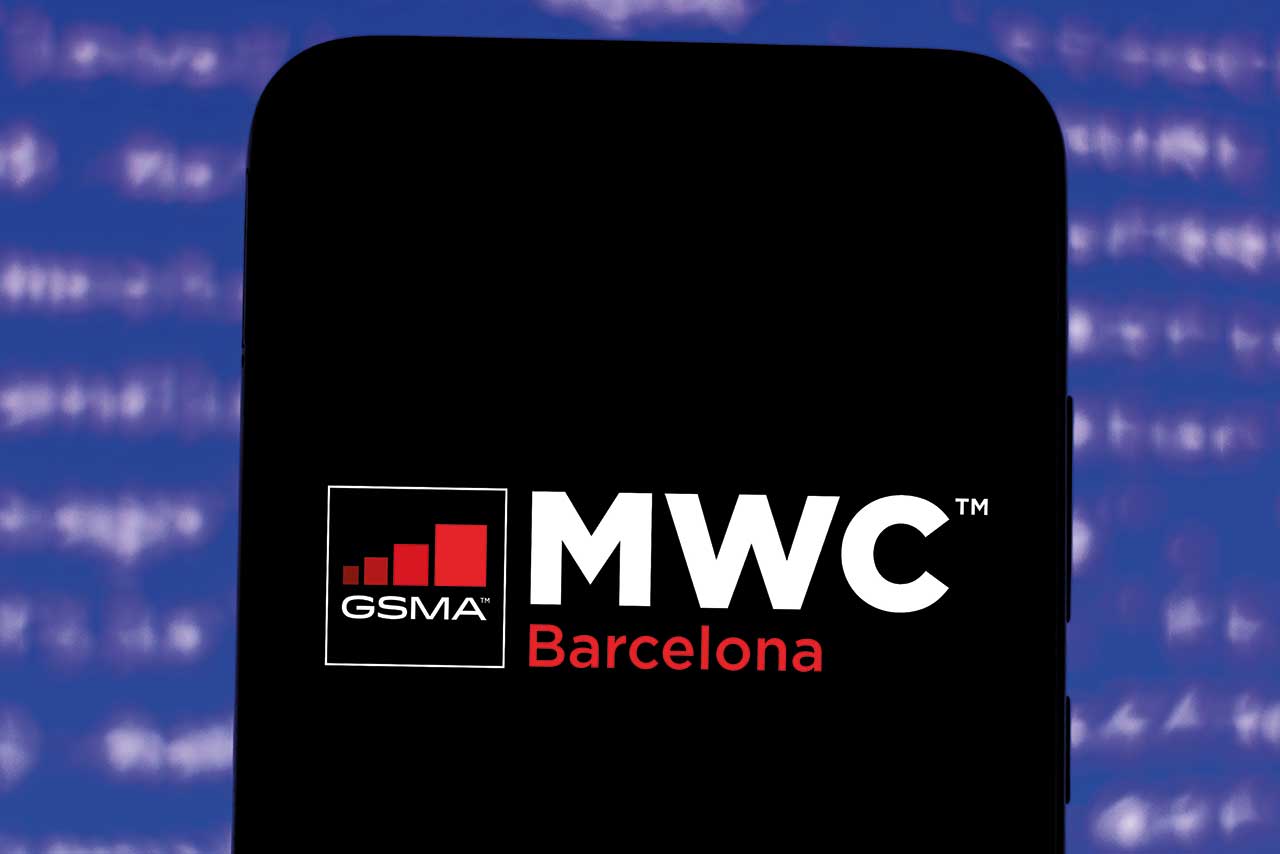 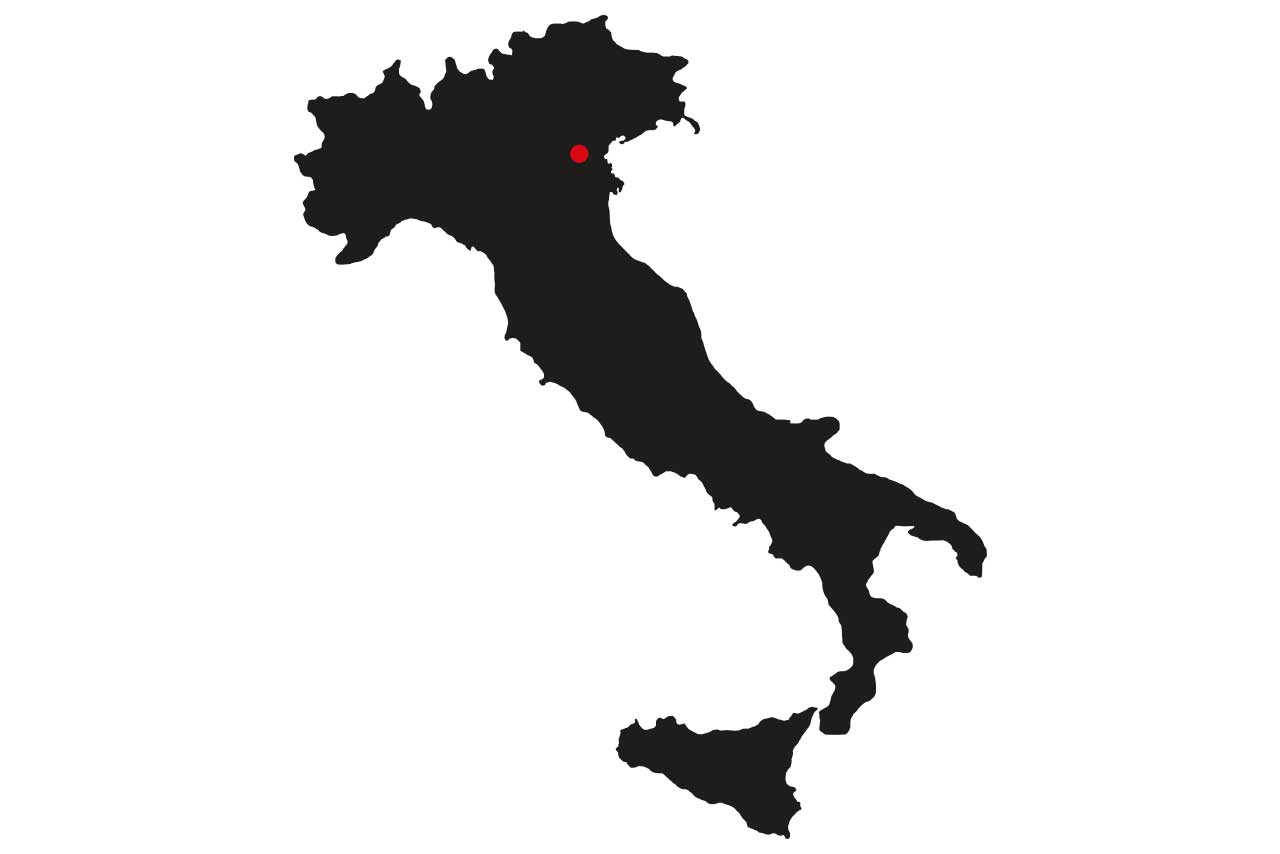 An elderly man in Padua was the first Italian to die of Covid-19 amid an outbreak that flared in the north of the country. Four people also died in Iran as an official warned the virus had spread to several cities. 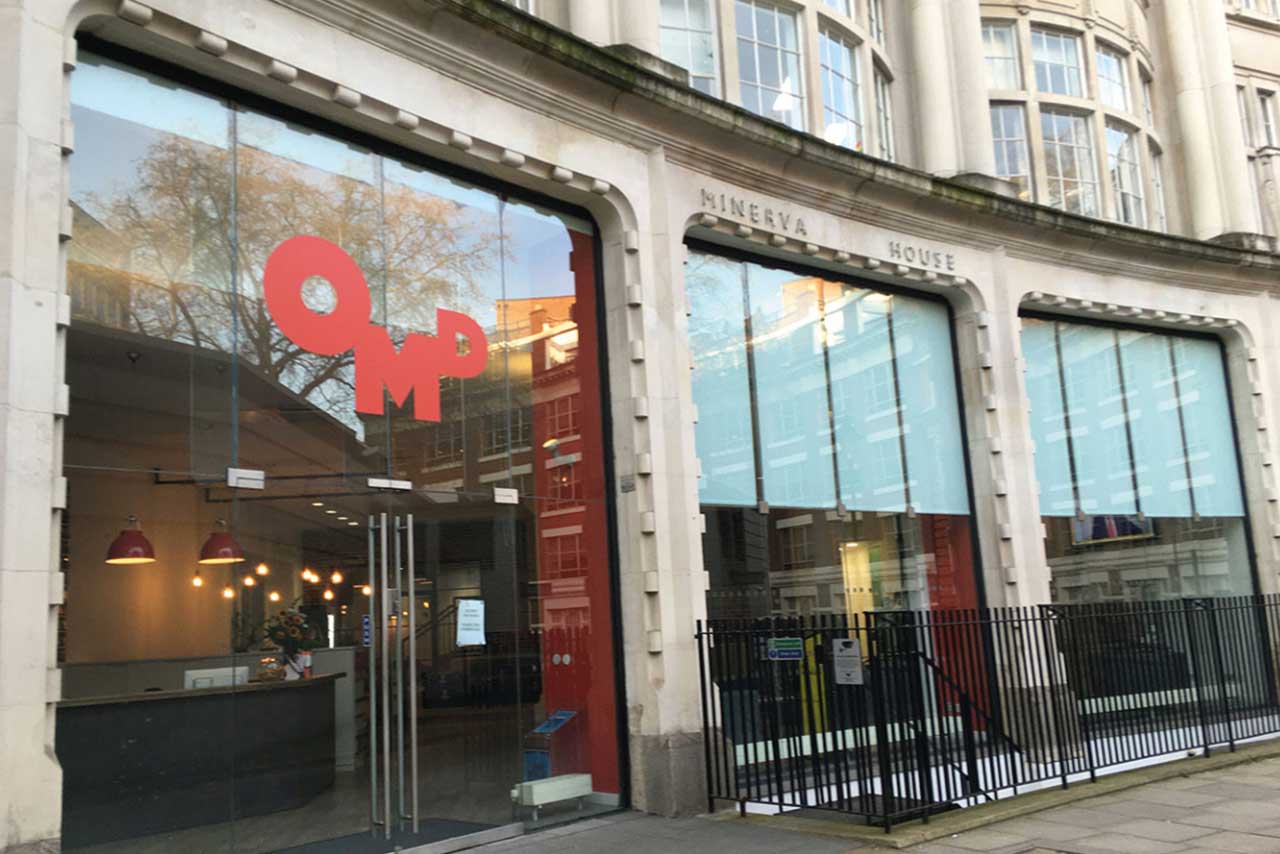 Omnicom media agencies OMD and PHD were among the first UK businesses to temporarily shut, after an employee travelling to London from Sydney, via Singapore, reported feeling unwell. The offices, in Fitzrovia, reopened on 2 March. 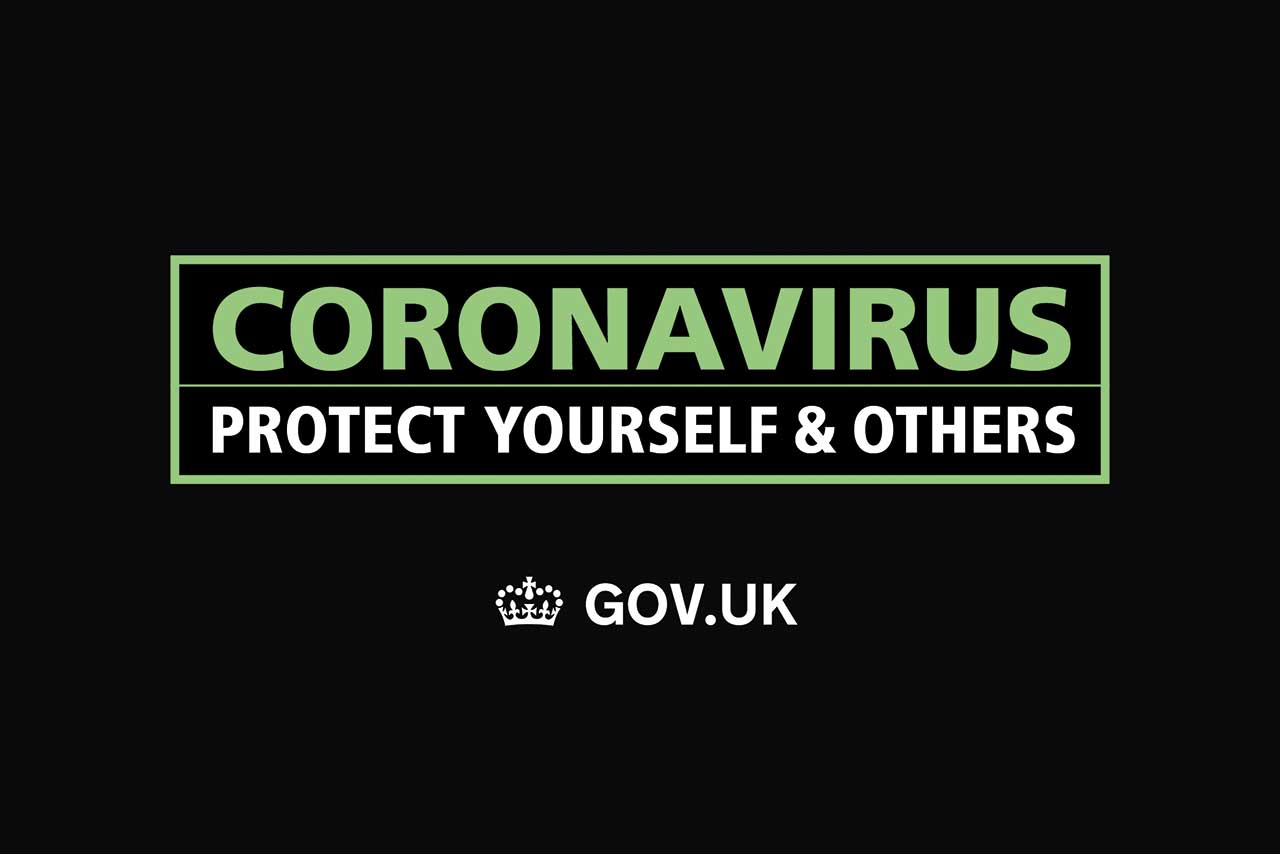 The UK government launched a "Protect yourself & others" campaign, comprising posters and social-media ads, and created a Cabinet Office "war room" to prepare a public information blitz, on which Mullen Lowe, Manning Gottlieb OMD and Wavemaker advise.

First coronavirus death reported in the UK. ITV warned ad revenue could be down by as much as 10% in April as travel brands delayed their advertising because of the coronavirus outbreak. 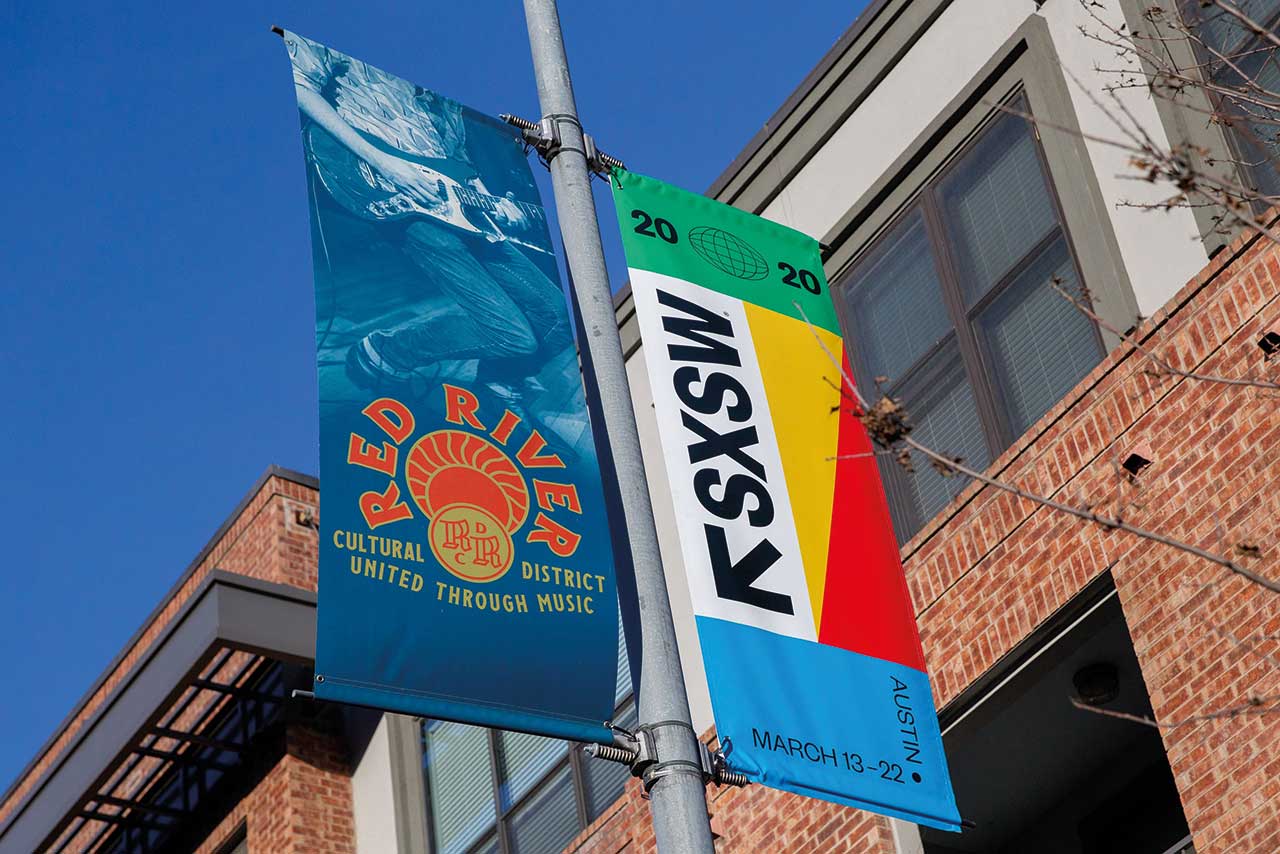 South by Southwest, the music and ideas festival in Austin, Texas, was cancelled.

Italy ordered nationwide lockdown. The global stock markets suffered their worst day since the 2008 financial crisis, with both the Dow Jones and FTSE 100 falling 8%. 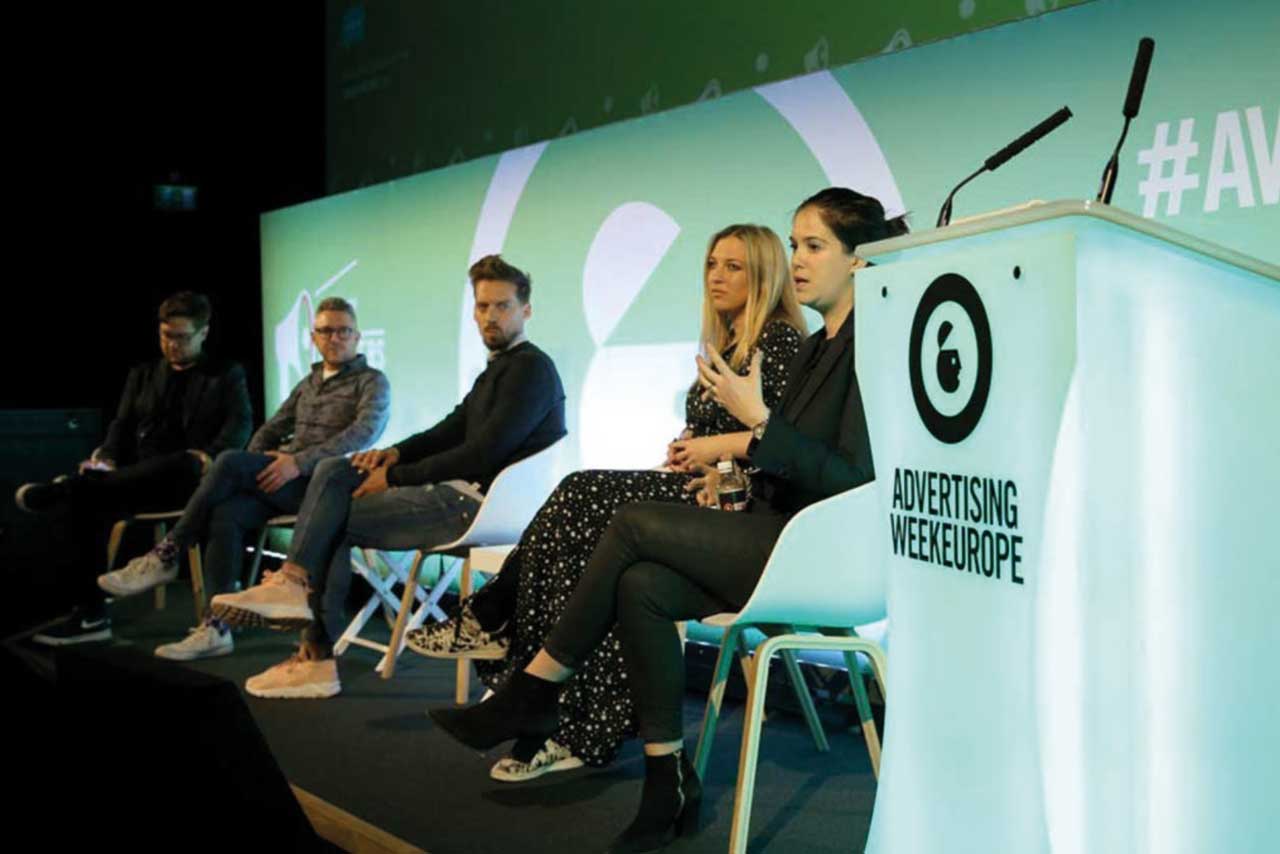 Advertising Week Europe, one of the biggest industry events in the London calendar, was postponed until September. WPP media agency MediaCom began trialling working from home.

The WHO declared coronavirus a global pandemic, expressing concern at "alarming levels of inaction" – a veiled message to the UK, US and others. Chancellor Rishi Sunak delivered his first Budget, pledging £30bn to help the UK economy respond to the virus. The US banned flights from most of Europe, later extending the ban to the UK. 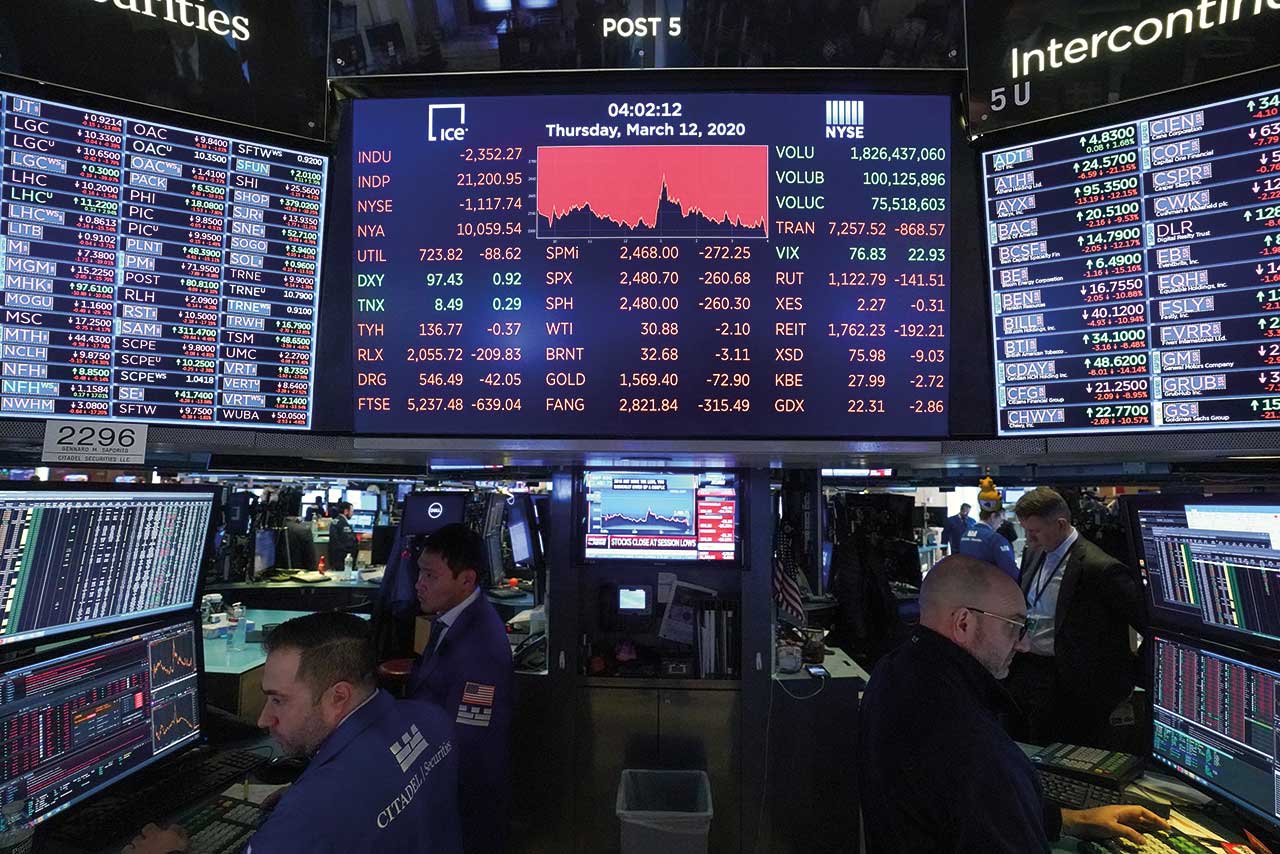 Stock markets crashed around the world, with the FTSE 100 down nearly 11%. Publicis Groupe slumped 15%, WPP 13% and ITV 7%. The London market dropped by as much as 30% in a month to its lowest level since the 2009 financial crisis. Major brands began pausing ad campaigns, such as KFC’s "finger-licking" activity over coronavirus-spread concerns, while Burberry and Photobox postponed agency pitches. Meanwhile, freesheet the London Evening Standard, which relies heavily on commuter readers, cut its print run by 10% as people began to work from home. Twitter announced that staff across the world must now work from home to help stop the virus spreading.

UK prime minister Boris Johnson advised people with coronavirus symptoms to self-isolate for seven days, while everyone was urged to stop "non-essential" travel. 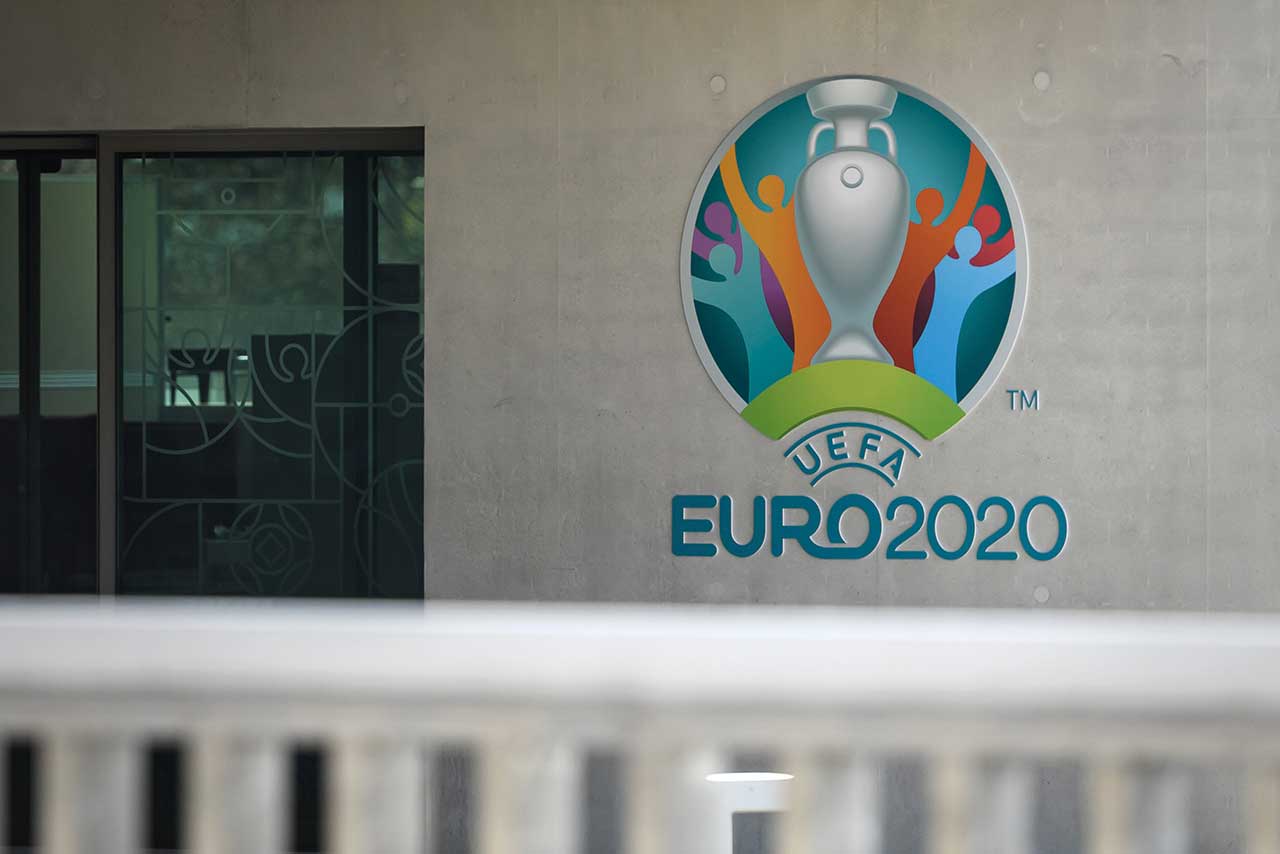 The Euro 2020 football championships were postponed, while a Campaign investigation found more than 200 activations at major experiential agencies had been cancelled since January. UK cinema chains, including Odeon and Cineworld, announced they were closing their UK outlets. 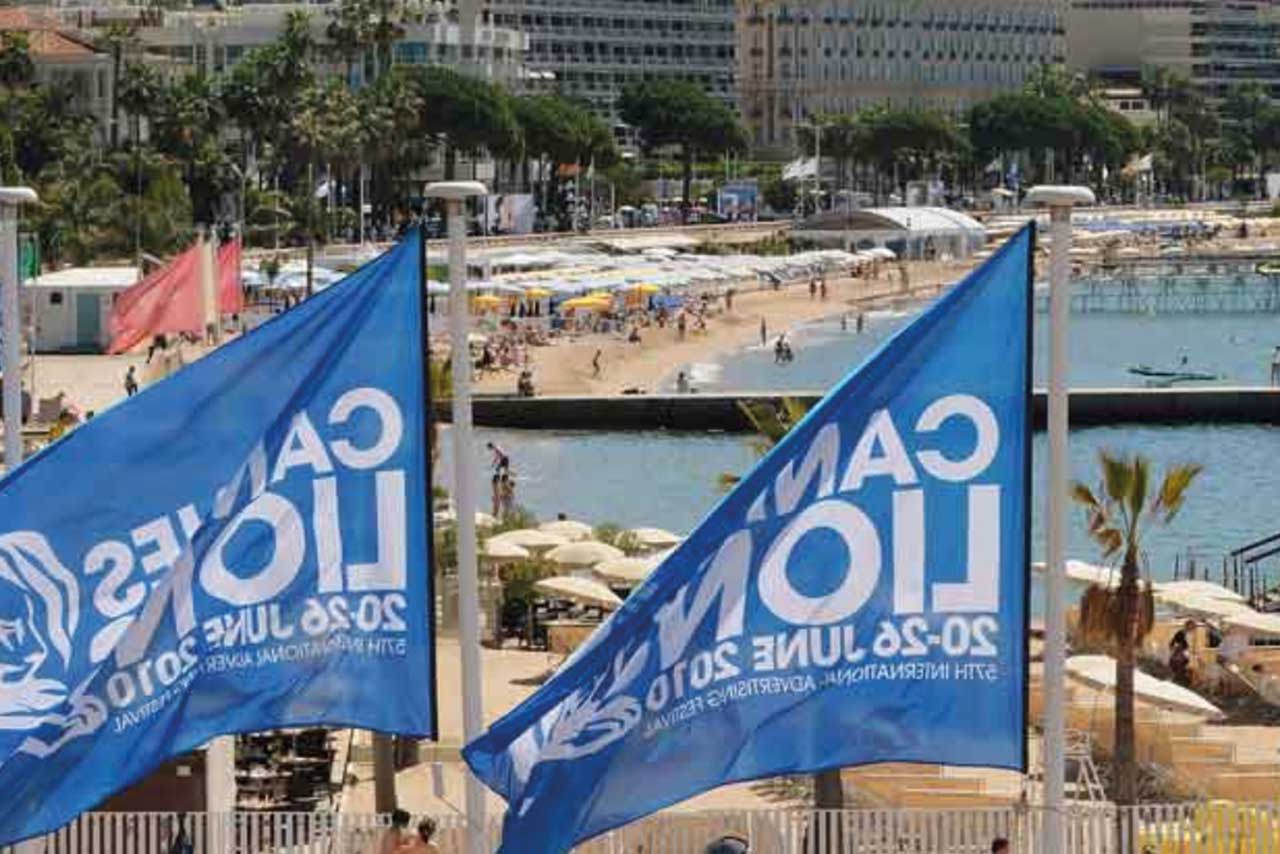 The Cannes Lions Festival of Creativity was suspended until October; a decision was subsequently taken in early April to cancel it. ITV announced it would reduce the output of soap operas Coronation Street and Emmerdale, while the BBC suspended the filming of EastEnders. 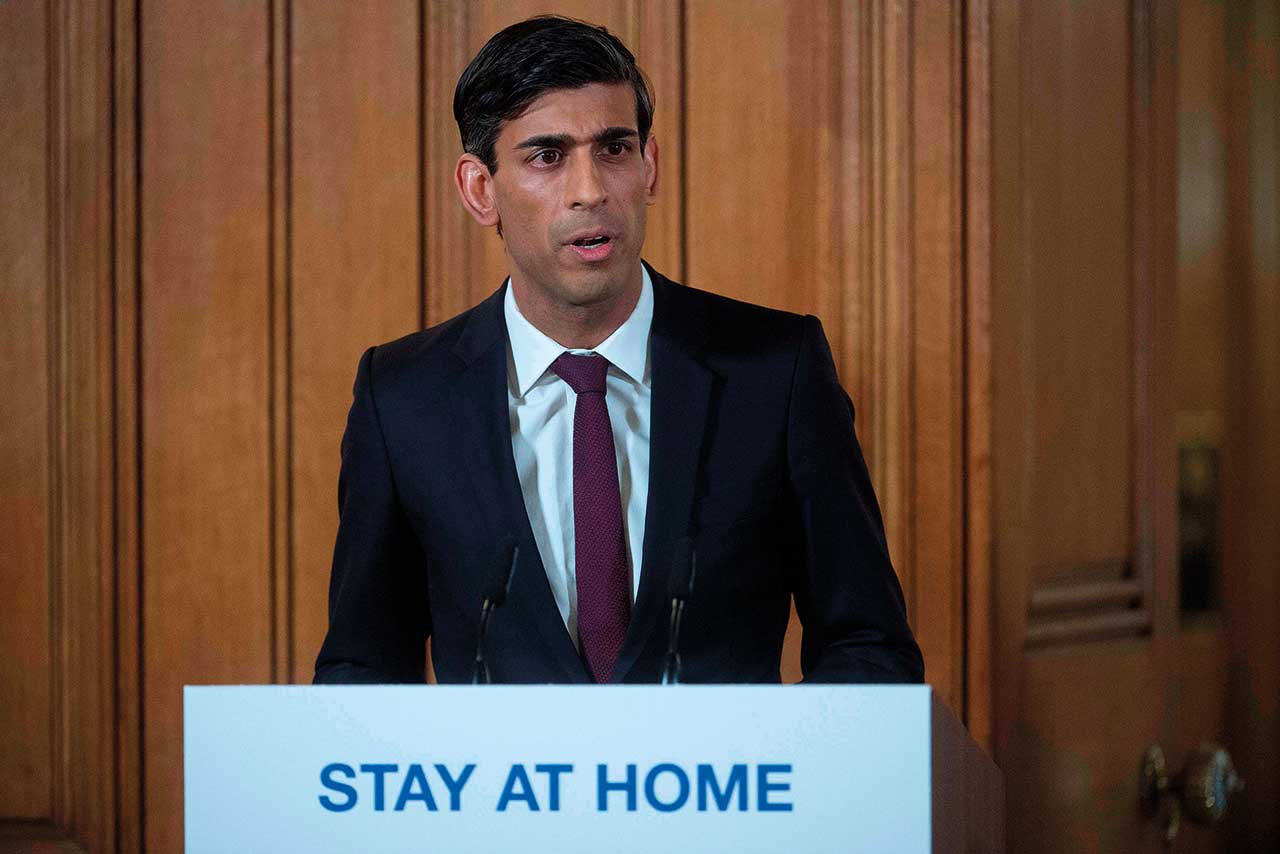 Chancellor Rishi Sunak announced an emergency economic package, including a Coronavirus Job Retention Scheme offering up to 80% of the salary of retained workers, capped at £2,500 a month, so employers could "furlough" staff. All UK schools closed, and A-level and GCSE exams, due to take place in the summer, were cancelled. New York ordered a lockdown. 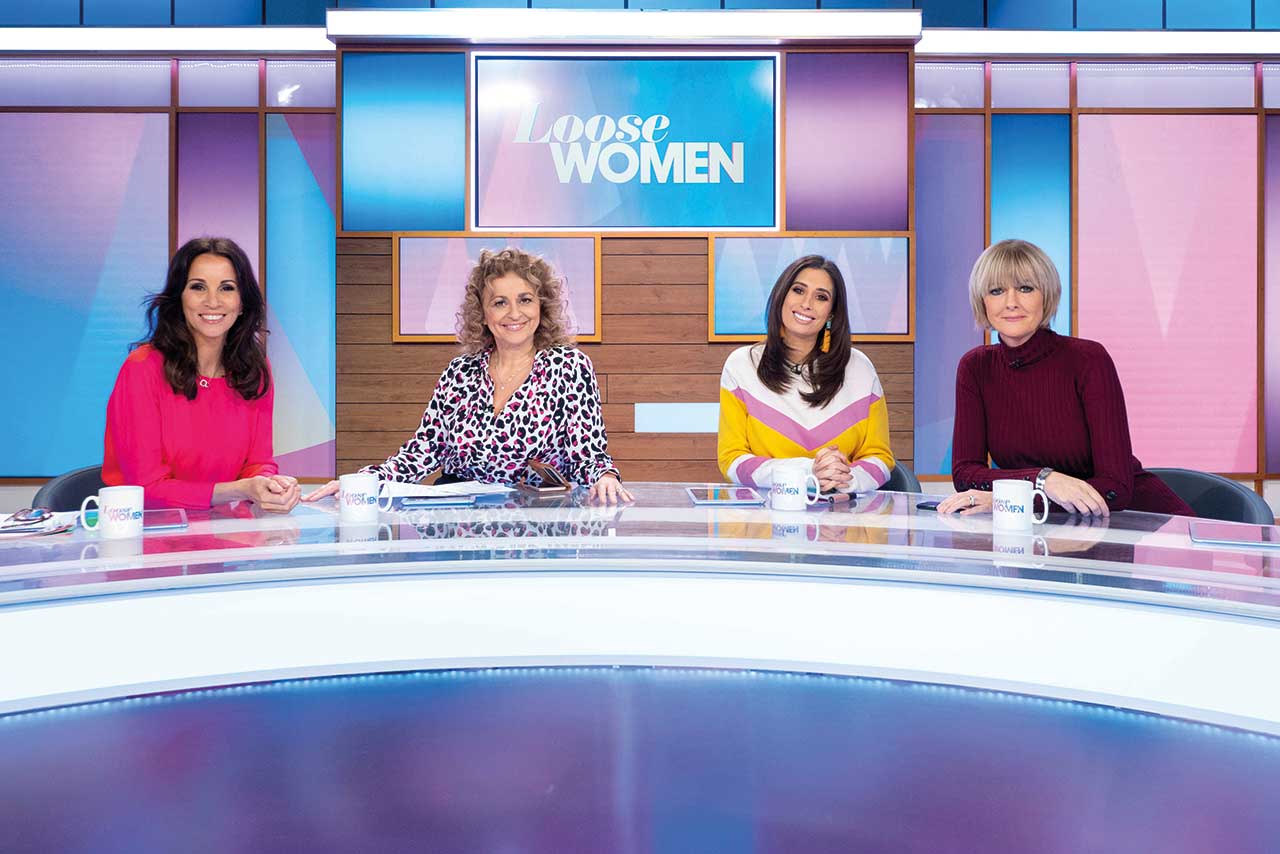 ITV suspended the production of Coronation Street, Emmerdale, Loose Women and Lorraine. McDonald’s and John Lewis were among several retailers to announce their stores would close. The following day, the broadcaster announced a £100m reduction in its programme budget. 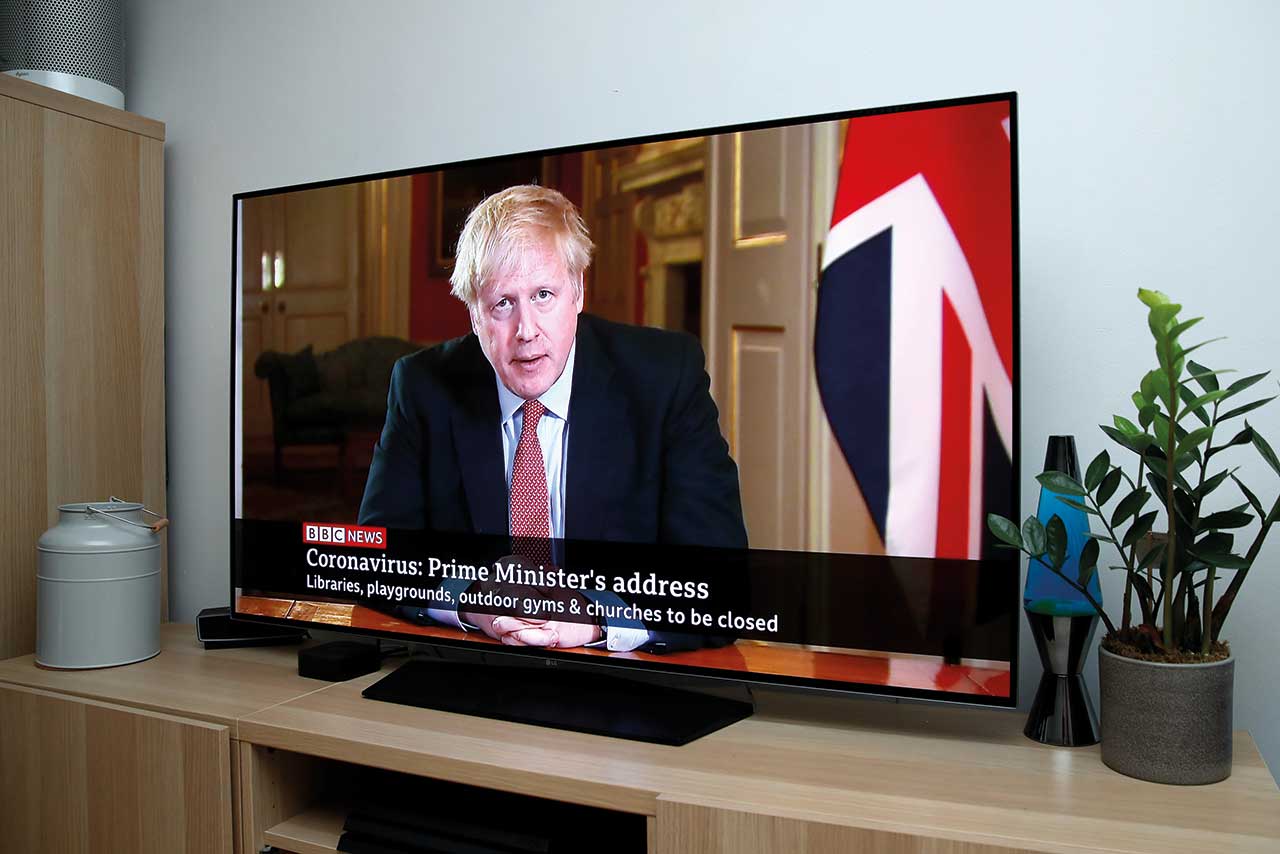 In a video address, Boris Johnson announced more stringent "lockdown" measures, including home isolation for everyone, with people permitted to go out only if absolutely necessary, the closure of shops selling non-essential items and the prohibition of gatherings. Overnight figures reported 27.1 million viewers watched Johnson’s address, more than the London 2012 Olympic Games opening ceremony (24.5 million). 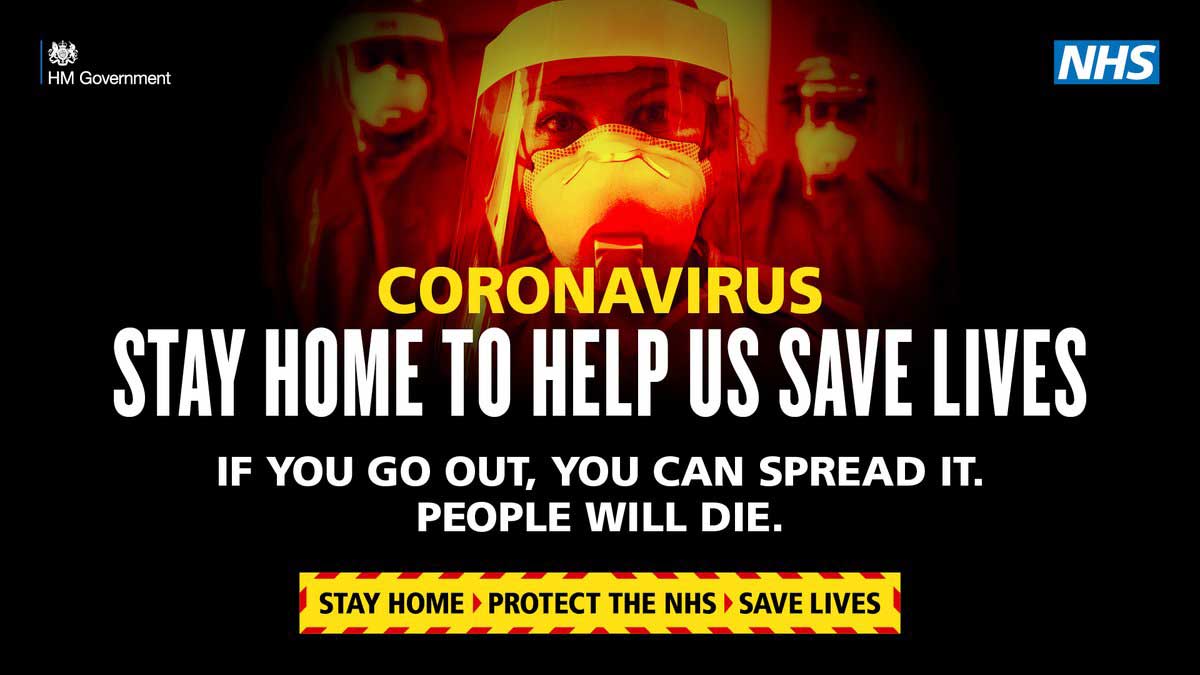 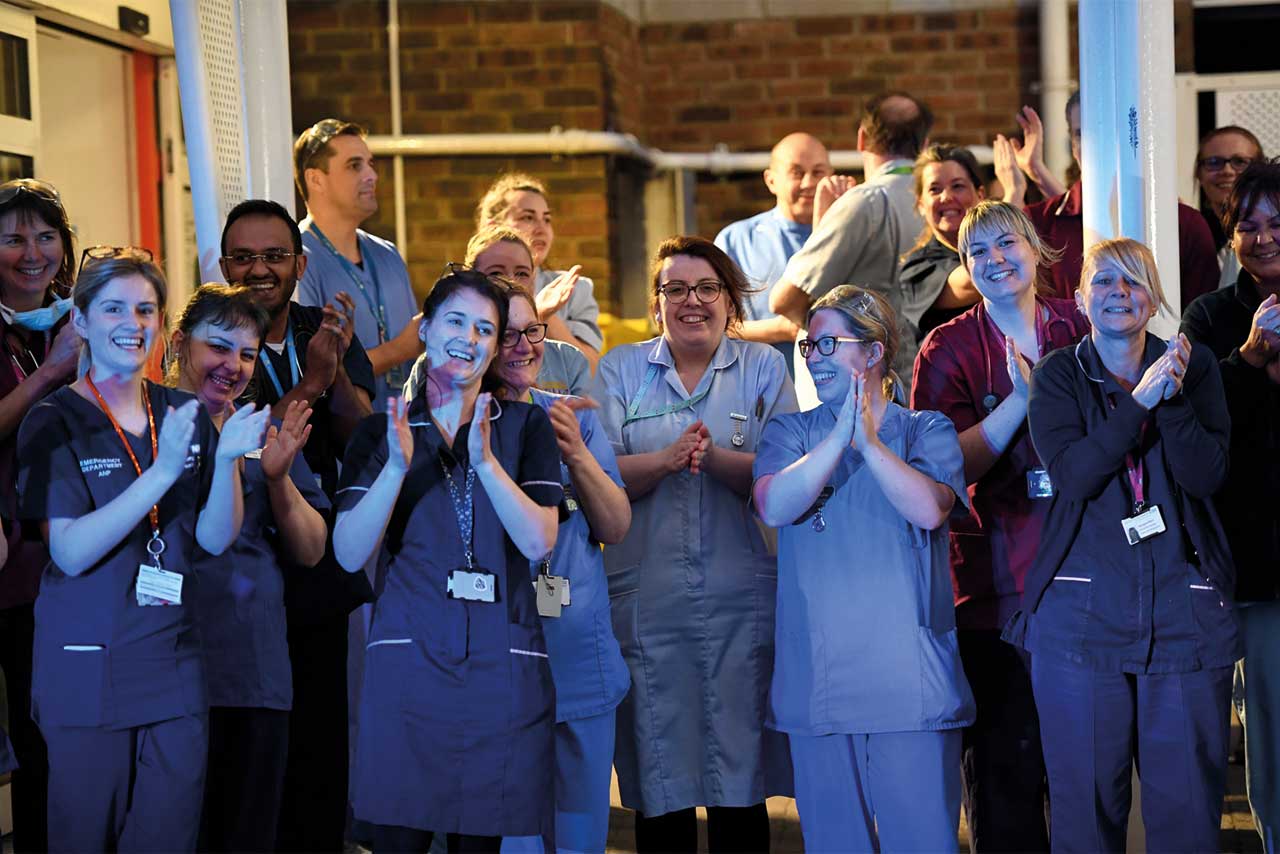 Hundreds of thousands of people stood outside their front doors at 8pm or leant from the windows of their homes to applaud NHS staff and carers in thanks for their work in the fight against coronavirus. Media owners offered inventory to advertise the initiative and Channel 4 teamed up with 39 advertisers for a special ad break in support of the NHS. The government announced a grant for the self-employed of up to £2,500 a month, which would not be paid until June and would arrive as a single, lump sum.

WPP said top executives were taking a 20% pay cut and stopped discretionary costs, such as awards shows. The FTSE 100 was reported to have dropped 25% in three months, its worst quarter since 1987. 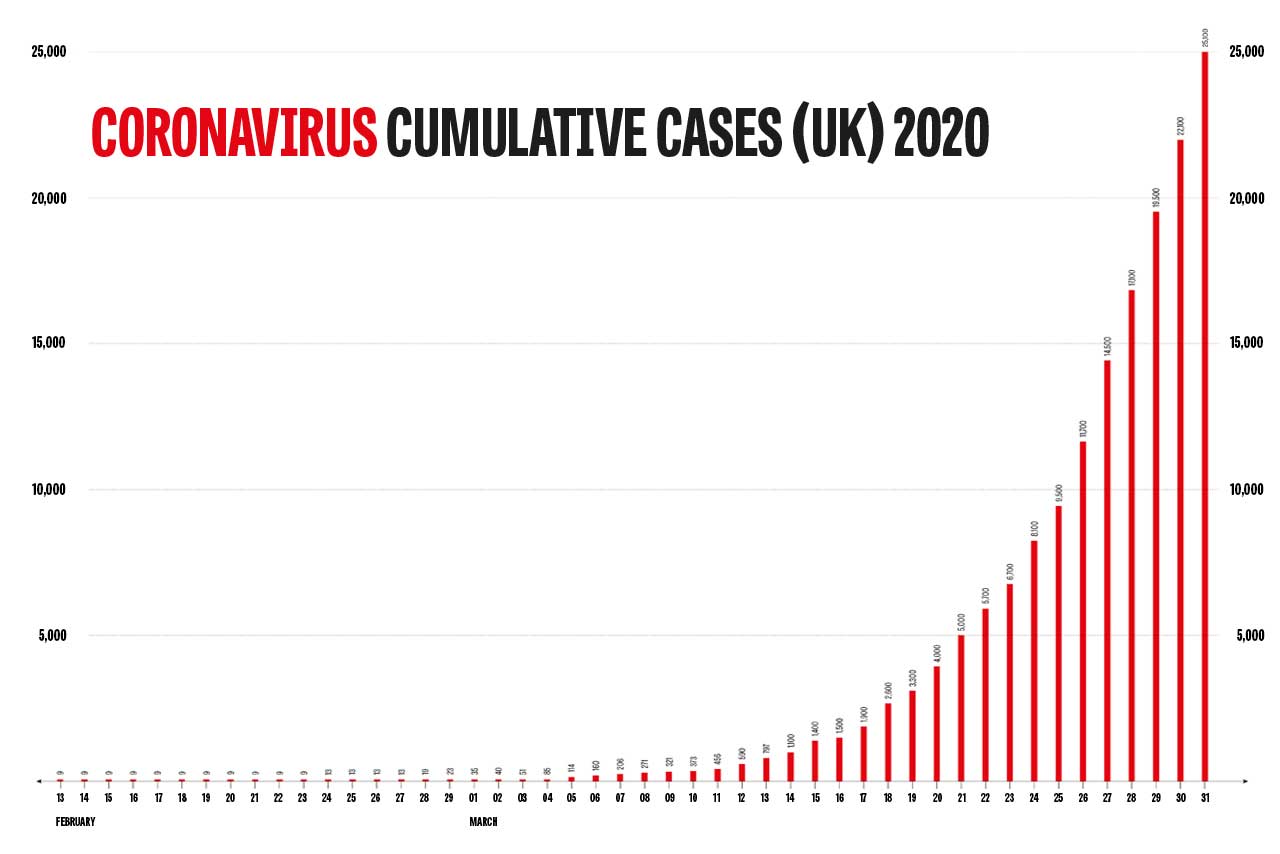 Most APAC agencies not ready to talk about job cuts

Early adspend impact of COVID-19 in Hong Kong much ...

Dear rest of the world, here's what we learned from ...