Channel 4’s two multi-award-winning Paralympic Games films were always going to be a hard act to follow. Now credited as the benchmark for the way all other broadcasters cover the event, the channel faced a “mammoth” task in creating its third campaign, for the Tokyo 2020 Paralympic Games.

Add a global pandemic and the difficulties of filming and production during Covid, and the challenge was near-overwhelming.

“Yes, obviously this is the third difficult album,” Zaid Al-Qassab, chief marketing officer of Channel 4, admitted. “Throw Covid into the mix, it was a mammoth undertaking.”

Conceived by Channel 4’s agency, 4Creative, “Super. Human.” was filmed over two weeks in May and it’s bold. It shows the athletes bleeding, sweating, crying, vomiting and swearing. It’s literally blood and guts.

The three-minute film, which debuted on Channel 4 on Friday (July 16), is set to a version of So You Want to be a Boxer from Bugsy Malone, by British artist Jay Prince.

It concludes by confronting viewers with the statement: “To be a Paralympian there’s got to be something wrong with you.”

Alex Brooker, co-presenter of The Last Leg, speaking at a virtual screening to unveil the ad, said: “For me, waiting for the Channel 4 Paralympics advert every four years is like waiting for the John Lewis Christmas advert.”

While he admitted he does have a vested interest as a Channel 4 presenter, he said: “I think they’ve nailed it again.”

“We developed this film with Paralympians and with the help of organisations that work with disability, and it’s their story. It is a deliberate use of language which has historically been used in a negative way.

“We've done that to provoke people to think again, for Paralympic athletes to own that language in a positive way. If you take it literally, the only thing ‘wrong’ with them, is their extraordinary levels of determination and ability that the rest of us could only dream of.”

The film picks up the narrative of the “superhumans” that it first sowed in its inaugural spot for the 2012 Paralympic Games. It was a campaign so successful it helped sell out the event for the first time, delivered Channel 4 its biggest TV audience in 10 years and was named Campaign's Campaign of the Year.

That was an accolade Channel 4 repeated with the follow up, 2016's "We’re the superhumans", which became the second-most-shared Olympics-themed ad on social media of all time behind Procter & Gamble’s "Best job" in 2012. Universal Music released Yes I Can, performed by the ad’s band of disabled musicians, with proceeds going to the British Paralympic Association (BPA).

For Al-Qassab, the key for the third instalment was to move the campaign on to reflect how the conversation around the Paralympics has changed in the intervening years.

He said: “In 2012 it was a very different world. The Paralympics had always has been an afterthought of the Olympics. It was the first time that any broadcaster was making a meaningful attempt to elevate the Paralympics on an equal footing. And the only way of doing that was to land it in public consciousness through something that would make you sit up and think totally differently.

“Those two films went under the banner of ‘superhuman’. What we've tried to do this time, is to move the focus from super to human. The film ends with David, who's one of the Paralympic athletes in the film, smashing the word super.

“We tried to bring it back to the fact these people are humans, yes, they're brilliant, extraordinary humans, but they face the same challenges as any other human being. And they face more challenges that are only the challenges of people with disabilities.”

This is illustrated perfectly by a moment in which Paralympian rugby player Kylie Grimes is unable to manoeuvre her wheelchair up the step of a cafe, prompting her to turn away, muttering “For fuck's sake” in frustration.

Al-Qassab adds: “That is all part of the change in the language and the tone and the film itself. To make it about humanity. Yes it’s about these people's dedication and sacrifice, but the fact that they're just getting on with life too.

“The juxtaposition between being a Paralympic athlete at the peak of your powers, and being unable to get in a cafe for a drink is pretty shocking. And tells the story in a very simple way.”

Created by Scott Taylor and Andy Shrubsole and directed by Bradford Young, the first, black cinematographer to be nominated for an Oscar, the film explores the sacrifices made by Paralympians to pursue their dreams of being crowned champions. 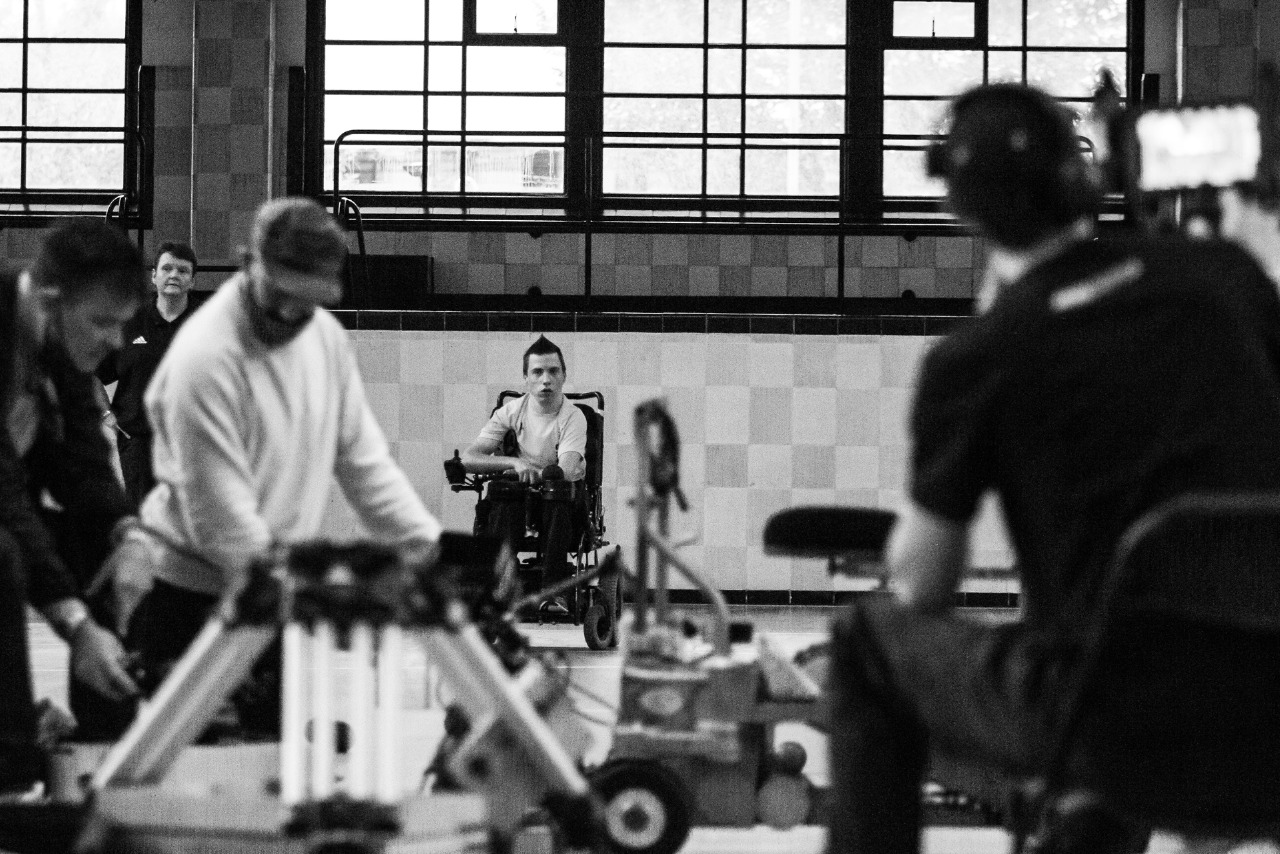 Behind-the-scenes images of the film—and portraits of the athletes—were captured by Ian Treherne, a blind photographer.

As well as working closely with Paralympians themselves, 4Creative also involved the BPA and the International Paralympic Committee, as well as several disability organisations, including Scope.

Al-Qassab said: “One of the things they told us was that there's a tendency for those with disabilities to be either pitied or put on a pedestal. And we were very conscious of trying to drive a line between those two things. 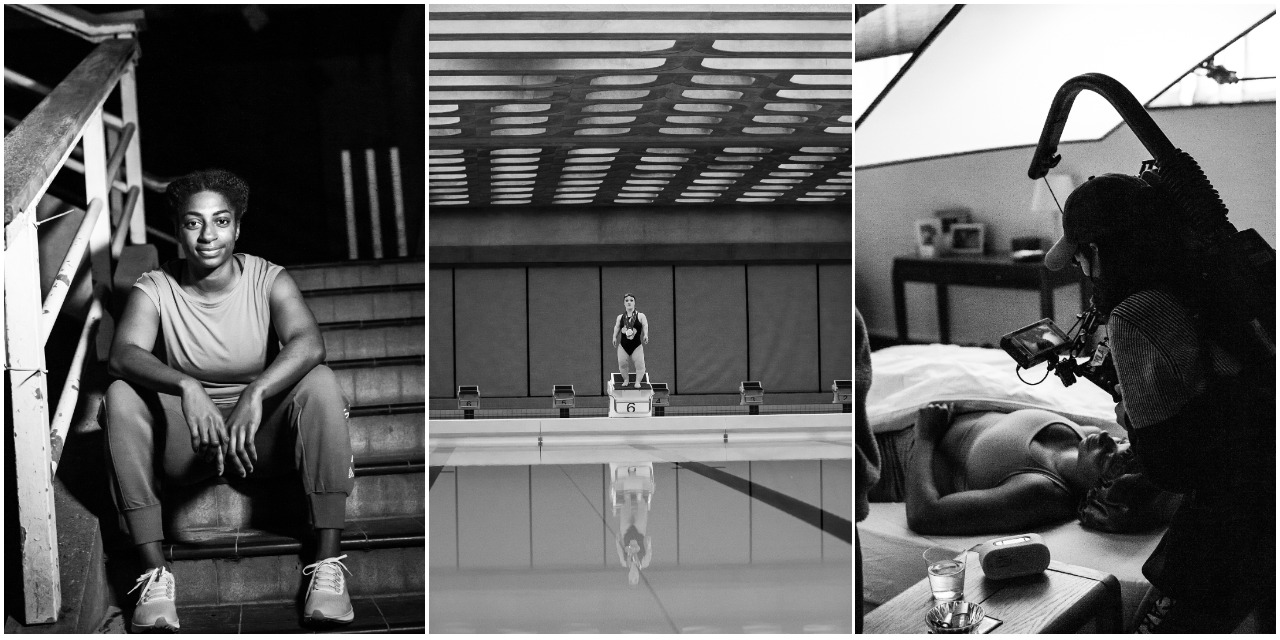 “Because you have a disability, [it] is not something to be pitied. But equally, we didn't want to just put these Paralympians on a pedestal and therefore not have them related to as typical humans, with all the stresses and strains of any normal person. These people are really tough athletes, but they're human beings with all the trials and tribulations of that.”

It would be fair to say the first two Paralympics campaigns delivered by the broadcaster have had a positive impact on people’s perceptions of the event.

Audience research carried out for Channel 4 by BDRC Continental and YouGov immediately after the Games revealed the impact of the 2012 Paralympics on perceptions of disability and Paralympic sport in the UK.

Channel 4’s coverage of the Paralympics in 2016 was watched by nearly half of the UK population. Viewing share across the 25- to 34-year-old age group was actually higher than for London 2012 and the broadcaster’s audience share in September (when the competition was shown) increased 50% year on year.

"We’re the superhumans" even found its way onto the National Curriculum and was studied by GCSE and A Level media studies pupils. Research also found that the campaign shifted attitudes – 74% of people felt more comfortable discussing disability after seeing it and 59% felt it improved their perception of those with disabilities.

Referring to these figures, Al-Qassab says: “We’re pretty much achieving what we wanted to in putting the Paralympics on a par with the Olympics.

“If you think about how we take that on, we want to create a conversation and normalise the idea that those with disabilities are as talented and as brilliant in what they do, if not more brilliant than those without.

“As we continue, I hope to make films that provoke these conversations and help to drive social change for Channel 4 as a broadcaster with a purpose; which is create change through entertainment and to represent unheard voices. And we hope that’s what we’re doing.”

“Super. Human.” will be the broadcaster's biggest marketing campaign of the year, Alex Mahon, the chief executive of Channel 4, said at the virtual screening.

Gigantic cake stirs up hype for new season of 'Bake ...