The early crop of ads released during the UK’s first Covid-19 lockdown shared similar elements and began to blur into one. But the production constraints posed by the pandemic soon led to creativity blossoming in another area: animation.

With live-action shoots limited or facing new restrictions, 2020 brought a wave of standout animated ads from brands including Heinz, McDonald’s, Childline and O2.

Even before the pandemic, technological innovations were helping to usher in new talent and techniques across animation. The changes have led some animators to suggest that they are entering a golden age for their craft.

Andy Gent, a puppet and model maker who owns the stop-motion and film studio Arch Model Studio in London, started 2020 assuming that his busiest period would again be during the production of Christmas ads, when animation is often popular. However, from early in the first lockdown his studio received an influx of work. It meant that last year Gent and his team produced ads for John Lewis and Waitrose, Beagle Street and Greenies, among others.

“When we realised that [the studio] was actually a safe environment and we could shoot again, it went absolutely crazy. That was the nucleus for why animation took off,” Gent, who is best known for collaborating with director Wes Anderson on films such as Isle of Dogs and Fantastic Mr Fox, says.

He credits this “free for all” in animation to brands and creatives that have embraced experimental techniques that push the boundaries of the medium.

Nexus Studios, a production company that has collaborated with Gent on animated ads for Cheerios cereal and lager brand Corona, has also observed “significant, positive change in the animation industry”, according to its co-founder and executive creative director, Chris O’Reilly.

One example of this is development in real-time animation, the process of using a motion-capture system to puppeteer a 3D character live, which has moved past “gamey or visually non-pleasing graphics” into something more dynamic, he says.

After hearing that the pandemic had led to the temporary closure of the Thurman White Academy of  the Performing Arts’ buildings in Nevada, Nexus reimagined a “school play for the Covid era”.

Through real-time technology (in this instance, a camera and a voice recorder), the Nexus team and director and animator Patrick Osborne allowed the show to go on by helping the young stars voice and puppeteer their characters from their own homes. They used facial tracking technology to record the students’ performances and create an animated version of the play.

Such projects point to how real-time animation can be “a really successful tool” in allowing brands to be more “agile, iterative and conversational”, O’Reilly says—traits that have become even more important for advertisers in the digital age.

Marketers are already trying to be more conversational in the digital realm. One need look no further than the (non-animated) image that Weetabix posted on Twitter last year of its cereal covered in Heinz Baked Beans, which spawned a flurry of brand banter on social media. The “faster turnaround” of real-time animation has the potential to make such interactions more playful and creative, and allow brands to stand out when reacting to daily news or social-media trends, according to O’Reilly.

“We’re seeing audience and distribution change, which will fundamentally realign the economy and animation, but we’re also seeing technical innovation,” he adds.

“These are fairly magical things to be happening at once, and so it wouldn’t be too melodramatic to call it a golden age [of animation].” 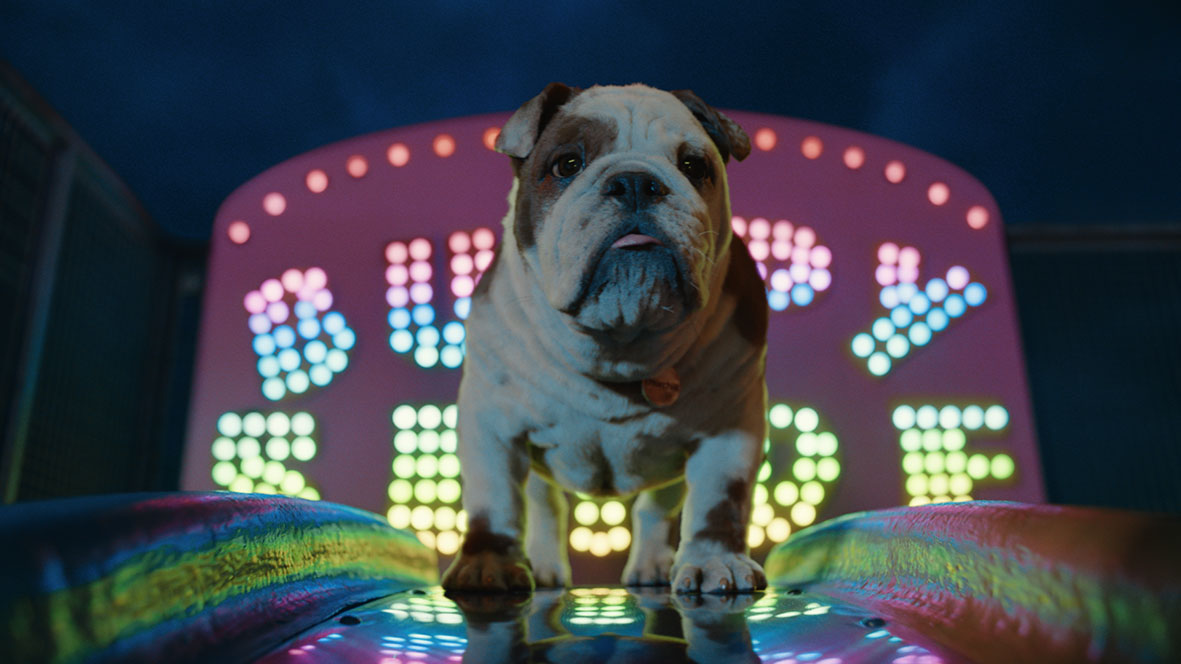 The rise of realism

Also on an upward trajectory is photorealistic animation, a process through which an artist attempts to create something that closely resembles real life. Photorealism has been a regular style of choice for production house Untold Studios. Its previous projects include John Lewis’ “Excitable Edgar” (Adam & Eve/DDB), Moneysupermarket’s “Money calm bull” and Churchill’s new-and-improved Churchie bulldog mascot (pictured above), who was given a CGI makeover in 2019 (both by Engine).

In Churchill’s latest spot, “Slide”, the brand’s cuddly bulldog casually makes his way down a metal slide, capturing what Darren O’Kelly, co-founder and chief executive of Untold Studios, calls “a breath of fresh air in what felt like quite a noisy world”.

In animation, “viewers are either in a world where there is a suspension of disbelief – which is really what John Lewis is all about – or an utterly believable world where you build a relationship with the characters around them, like Churchill and Moneysupermarket”.

Bart Yates, executive producer at Blinkink, believes that the industry is primed for a “diversification of animation”, expanding beyond the charming and sleek aesthetic of Hollywood animation houses, such as Disney and Pixar, in favour of “fast-moving 2D comedy”. 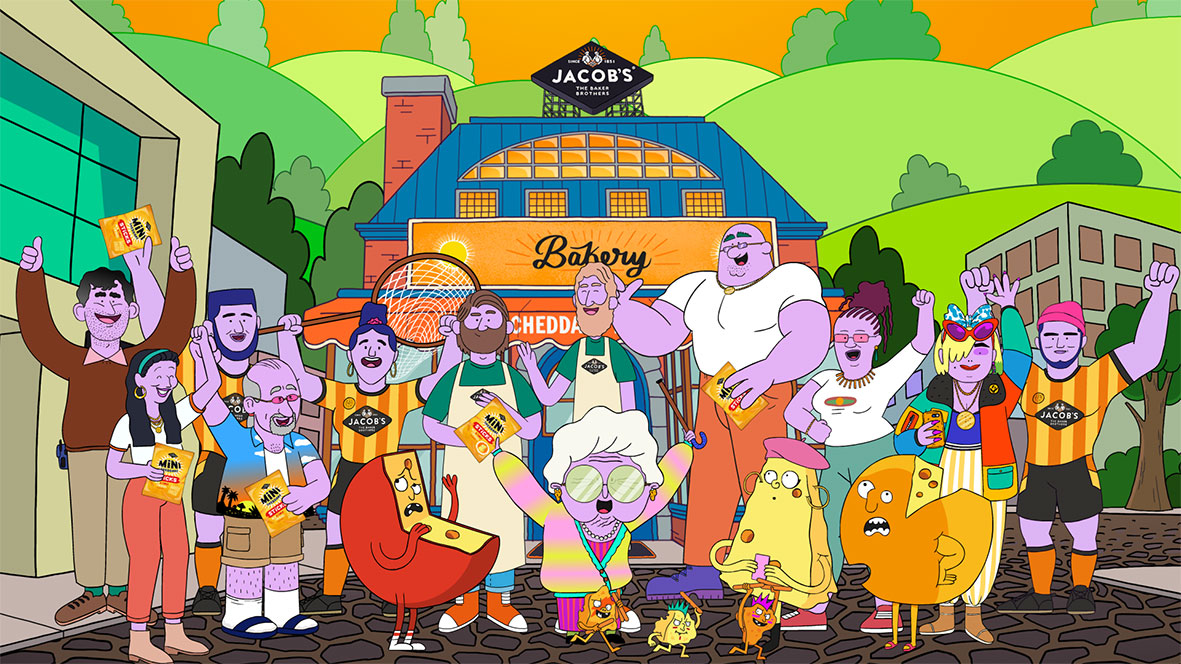 Blinkink put this approach into practice with Mini Cheddars’ “Welcome to Cheddar Town” ad (by TBWA, pictured above), released in 2021, which follows a community of cartoon characters (both human and dairy-based) as they engage in questionable behaviour to get their cheese fix, from chasing terrified civilians down the street to catching unsuspecting residents in nets.

Two-dimensional animation tends to lend itself better to comedy or content for an adult audience, such as TV series like Bojack Horseman or Bob’s Burgers, while the 3D, visually rich styles, as seen in Pixar films, are better for emotional storytelling, Yates says.

“If you do want to do emotional storytelling [in the style of] Bojack Horseman, it’s never going to work,” he adds. “It’s like being told a story rather than a gag – you can generate laughs with quite simple lo-fi animation, but once you get into the heavy lifting of an emotional story it’s all about relating with that character and being taken on a journey.”

While there has been a greater variety of animation styles recently, the circumstances of the pandemic have also put more pressure on animators, who have had to adapt to quicker turnarounds and remote working, Yates says. He uses the oft-cited analogy of “building the aeroplane as it’s hurtling down the runway”.

The drive for diversity

Animation also faces a problem that has long plagued the advertising industry: a lack of diversity. According to a 2019 UK Screen Alliance Report, only 14% of the animation workforce was from a black, Asian or minority-ethnic background (compared with 20% across IPA member agencies, according to this year’s IPA Agency Census, unveiled in March).

But Samia Ahmed, a London-based creative producer specialising in 2D and 3D animation, is optimistic about some of the changes brought about by the pandemic. The rise of remote working has given more opportunities to international talent, who have in turn helped to create more “ethically responsible”, diverse characters, which are “truly representative”, she says. 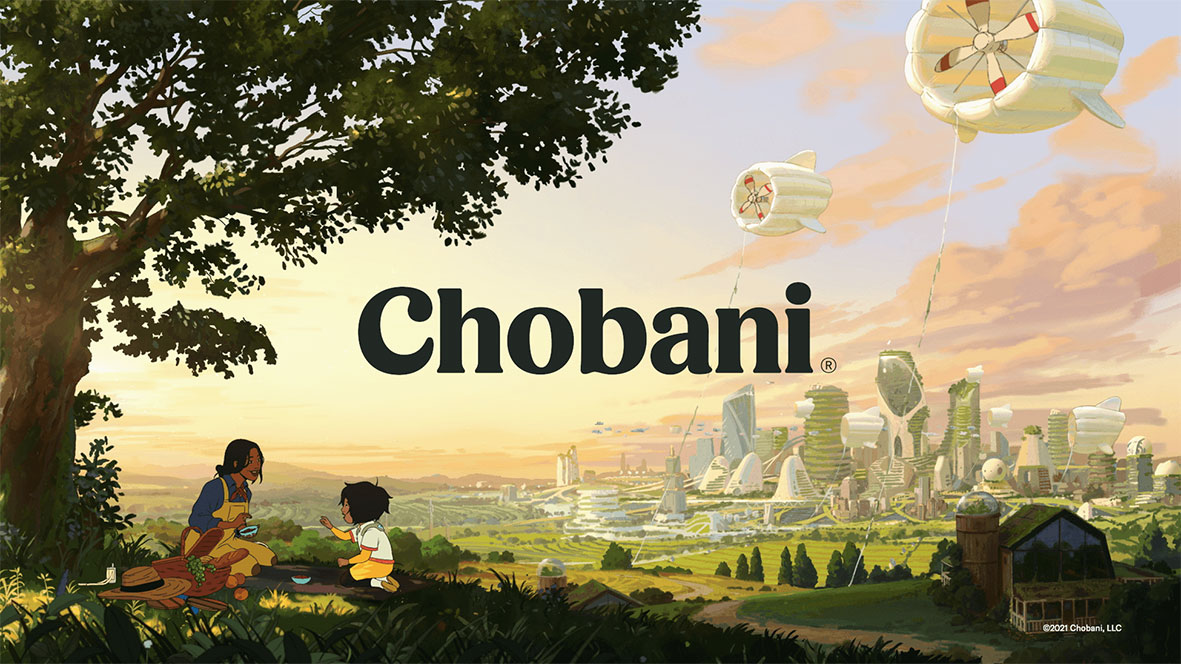 Ahmed recently worked on a 2021 ad for the yoghurt brand Chobani, “Dear Alice” (pictured above), which was created in-house and featured a diverse group of animated characters, including a Bengali Caribbean protagonist. In the spot, an animated woman speaks to her granddaughter about how businesses can look after the environment and their workforce.

Ahmed and Wesley Louis, director and co-founder of The Line Animation, developed the character with inspiration from their respective Bengali and Saint Lucian roots.

“In animation, [minority-ethnic people] don’t see a lot of themselves,” Ahmed says. “I definitely don’t think I’ve seen a Bengali Caribbean girl or a racially ambiguous woman as a protagonist in any ad.

“Having a say about the ethnicity of the protagonist was really close to my heart, especially at a time where everyone feels like they want to be represented.”

There is a growing number of initiatives to champion diverse talent in animation, such as Black N’ Animated, Black Women Animate and BAME Animation UK.

Bigger opportunities are also opening up for ethnically diverse directors outside advertising. For example, artist and Pixar director Domee Shi, who has worked on the animated films Inside Out, The Incredibles 2 and The Good Dinosaur, is directing the studio’s upcoming feature Turning Red, a coming-of-age story about 13-year-old Mei Lee, who turns into a giant red panda whenever she gets too excited.

O’Reilly says that an increased focus on diversity will bring about “incredible director-led, independent animation” and a “richer diversity of storytelling”.

A greater demand for animation and more opportunities for diverse talent could also soon spawn bigger budget projects, such as the “Game of Thrones of animation” in TV, O’Reilly predicts.

New animated series released or upcoming in 2021include Star Wars: The Bad Batch on Disney+, Marvel’s What If?, also on Disney+, and Godzilla: Singular Point on Netflix.

Animation has come a long way in only a short time, since classics such as Tim Burton’s 2005 film Corpse Bride were released. Back then, when Gent worked on Corpse Bride, he and his fellow animators joked that it would be “the last stop-motion film ever to be made”. They were wrong. Animation is now undergoing a renaissance with “more styles and more developments than ever before” in the pipeline, Gent says.

“I can see the tsunami coming in,” he adds, “and it’ll be amazing to see when it eventually hits.”