The 2019 global new business results media crown is adorned by OMD, according to a COMvergence study.

Last year was dominated by the media agency in the US and around the world, raking in a total new business value of US$2.027 billion (which includes $1.268 billion in retentions). Notable wins include the $1 billion Disney North American account (of which $700 million was retained) alongside several multi-country/global wins such as Allianz, Beiersdorf, Boehringer-Ingelheim Animal Health, Dr. Oetker, and the NFL US account win.

OMD has risen to number one from a 17th ranking in 2017. Florian Adamski took the reins as worldwide CEO in September of that year. 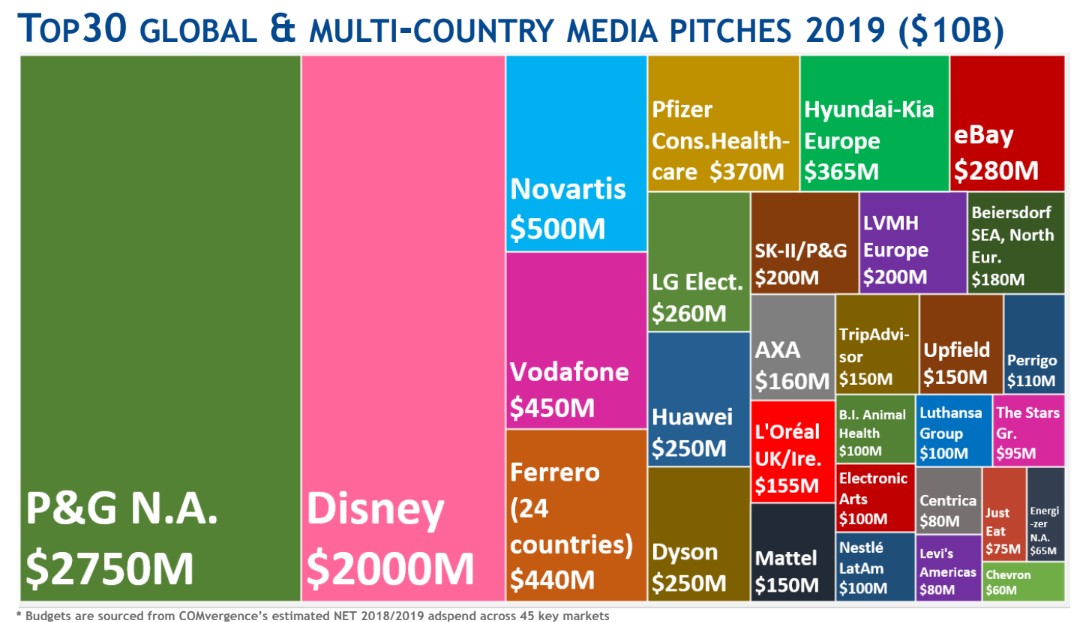 Commenting on OMD’s industry leading performance, he said: "In 2019, our focus on talent, technology and process  drove growth and retention. As a result, OMD is starting the new decade with greater-than-ever capacity and commitment to delivering better decisions, better ideas and better outcomes -- faster -- for our clients all around the world."

Nipping at OMD’s heels is Carat, which took the second spot with an overall result $70 million lower than OMD’s. Dentsu Aegis Network came third and recorded the best net new business volume in 2019 (excluding retentions) – with a marked gap of +$500 million on OMD – largely due to Carat’s massive P&G North America consolidated win along with several other multi-country/global wins such as Vodafone, Beiersdorf and Robert Bosch, among others.

The third position is occupied by Mindshare, followed by Havas Media in fourth, while IPG’s media network UM completes the top five.

Olivier Gauthier, founder and CEO at COMvergence, explained that the overall results were very much influenced by the outcome of the two largest pitches of last year; P&G from Carat which won 80 percent of the total NA spend of $2.5 billion and Disney’s $2 billion account split between OMD and Zenith. These two pitches accounted for 17% of the total spend reviewed across all markets at around $27 billion.

Gauthier also noted that the proportion of global/multi-country pitches versus local pitches has increased in 2019 compared to the last four years. 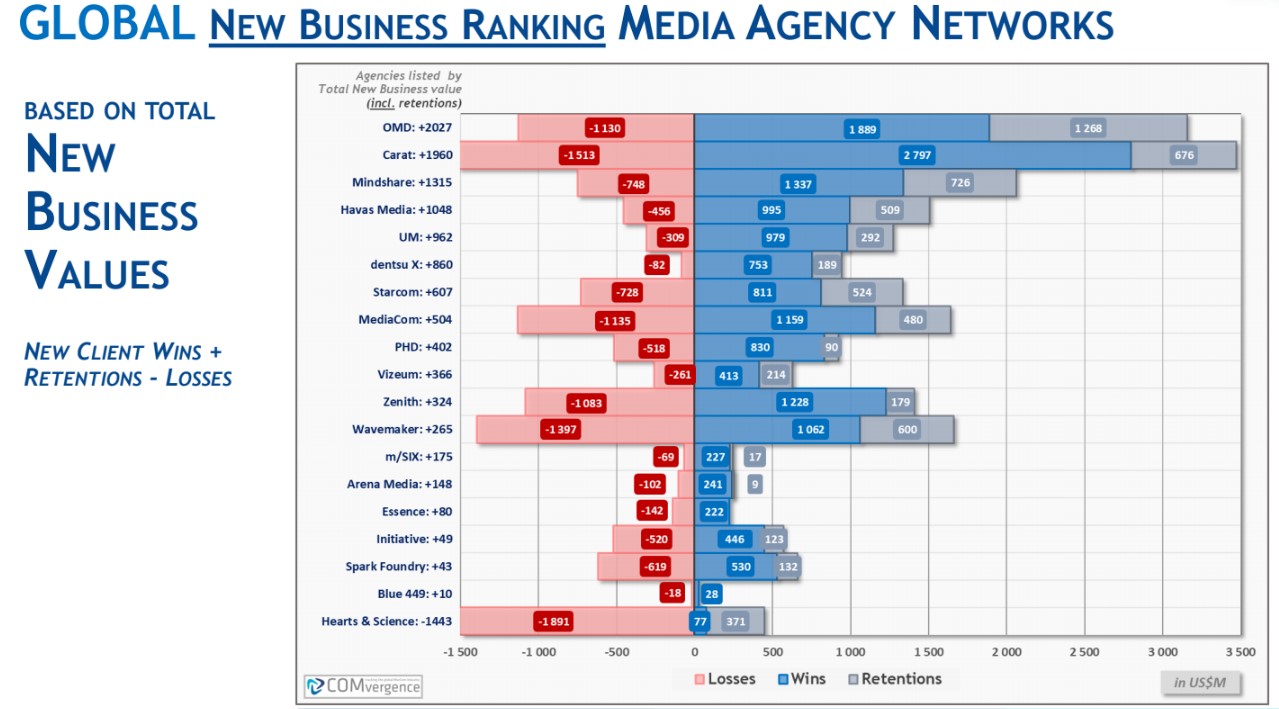 He added OMD and Havas Media have shown the best retention rates among the 19 global agencies—making them the only two to score greater than 50%.

In 2019, COMvergence assessed 3,500+ media account moves and retentions across 44 countries totalling $27 billion (15% lower than in 2018). The total represents about 14% of the global agency billings ($197 billion) studied by COMvergence.

The US continues to dominate the media pitch activity with a total of $9.8 billion media spend reviewed in 2019. US reviews accounted for 37% of the total spend put in play globally last year, while the top six countries (US, China, India, Germany, UK, Russia) represented two-thirds of the $27 billion reviewed.

OMD’s new leaders on priorities for the business