Programmatic and purpose at first seem unlikely bedfellows, but one UK startup is bringing them together.

Good-Loop, founded by ad agency exec Amy Williams and software engineer and tech consultant Daniel Winterstein in 2016, is building up an impressive client base, with companies such as Nestlé, Nike and Unilever. The core product of Good-Loop is a platform that works by rewarding viewers of video ads by allowing them to donate 50% of the media spend of the ad to a charity, provided they watch part of the ad.

The benefit to advertisers is not only that they get to support a charity of their choice – and since launch more than £2m has been raised for charities – but Good-Loop also claims the ethical aspect means consumers are more engaged as they watch.

Recently, the company has turned its attention to the sustainability space launching its “green ad tag”, which lets advertisers monitor and offset the carbon cost of their digital campaigns in real time, and the offer of a carbon calculator to help brands and agencies work out the footprint of their online ads.

Last year, the company closed a $1.4m seed-funding round with investors, including You & Mr Jones, and is running at 200% year-on-year growth for the first two quarters of 2021.

Williams (pictured below), who has only just turned 30, started out as a graduate at Ogilvy and for a while that was fine.

“For the first few years of my career I was just exactly where I wanted to be, and I was building brands and learning as much as I could. When you're straight out of uni, you just want to make friends, go to the glitzy office bar and have a good time,” she says. 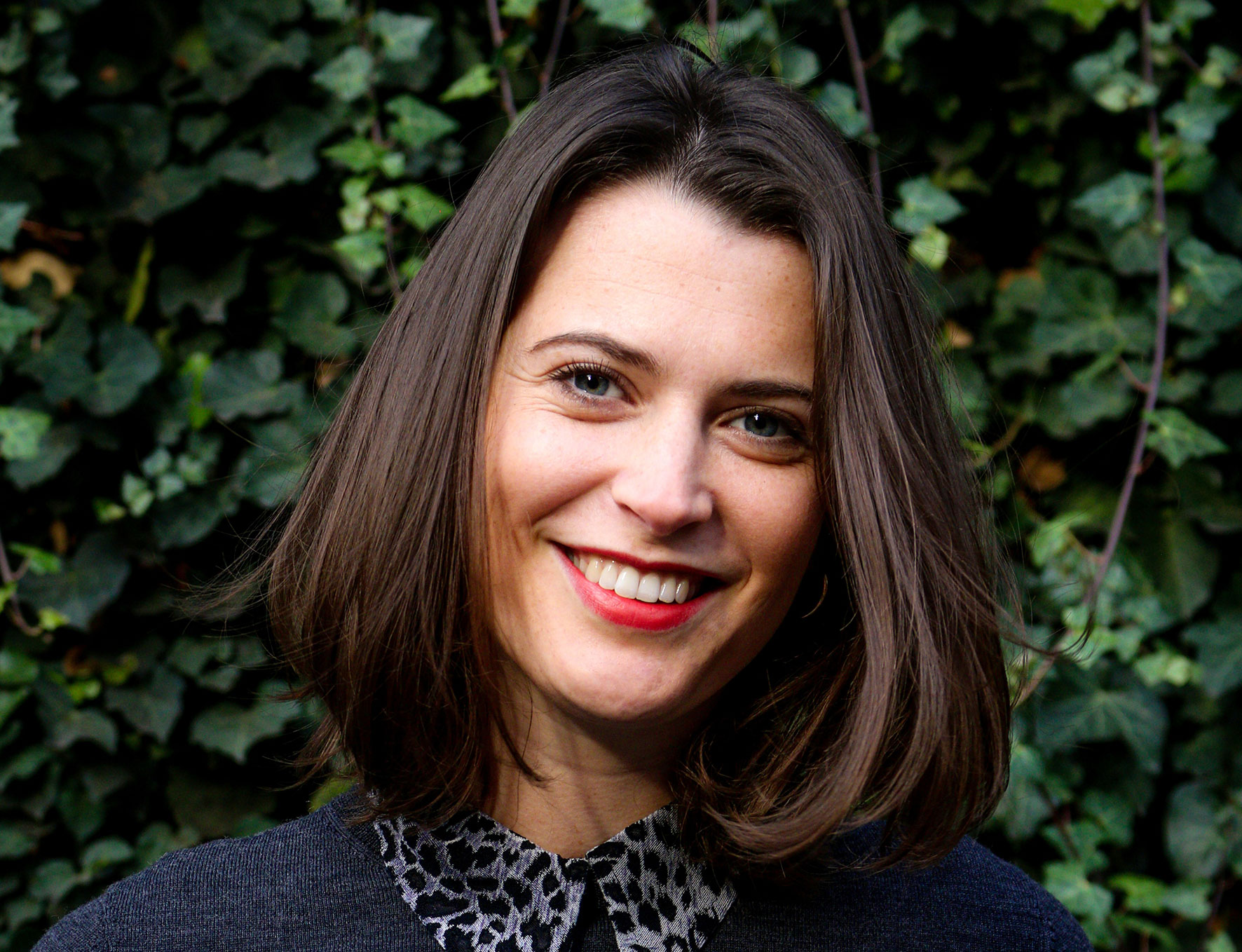 But she became interested in sustainability while working on the Unilever account, at a time that coincided with the FMCG giant ramping up its ethical credentials. It was, however, a lengthy internal workshop that triggered an epiphany.

“We had a three-day workshop on the importance of freshness, and by the end of day three, I was, like, this doesn't seem important,” Williams says. Instead, she was more interested in Unilever’s work around reducing water usage for clothes washing.

So she quit Ogilvy and worked in a pub to allow her to focus on developing her concept, which was based on the idea of “doing good at scale”.

It was fair from plain sailing; Williams admits to “existential angst” about whether she had done the right thing by throwing her career away.

“I had a couple of failed attempts at finding business partners and then at the very last attempt, 10 months into this year of nothing, I posted on a forum called ‘Work in startups’ and Daniel read my posts and he got in touch,” she recalls.

The pair met up and hit it off immediately. After three months, they had gone into business together. “I came from this very commercial world, I understood purpose as a proposition and I knew how to talk to brands about it but he knew how to build [the platform] as he had been building white-label adtech for other companies,” Williams says.

The turning point for the pair came when she persuaded street-food operation Kerb to become Good-Loop’s first client. After that, Williams was able to take a live case study to Unilever; it bought into the vision and it took off from there.

Good-Loop is now a business that employs 21 people and has offices in Edinburgh and London.

Brands that have worked with the startup include Nike, PepsiCo and Nestlé, the latter through its Cheerios cereal brand on both sides of the Atlantic. Recently, the company has also worked with Adidas on a campaign around its Stan Smith sustainable sneakers.

Williams says that about half of the brands to have used its platform have deployed creative linked to their values in some way.

“We actually did a test recently with a brand in the US, they had two pieces of creative with one that was explicitly purposeful. Their purpose is all around protecting and preserving national parks and then they had one that was more product-focused. The results were really interesting.The product-focus creative actually had higher ad recall. But the purposeful piece had higher affinity and loyalty, higher likeliness to recommend to a friend,” Williams says.

One unexpected challenge has been the matchmaking process with charities. Some clients, such as Dove, have had very clear ideas about whom they wish to support (UN Women or the Dove Self-Esteem Project) but for others it has been left to Good-Loop to make the connections.

“One of the first things I learned is that giving free money to charities isn't as easy as you think. There's a lot of nuance – and rightly so, as charities need to protect their brand and they need to make sure that they're partnering with businesses that they truly believe in and reinforce what they stand for.”

She gives the example of WWF, one of Good-Loop’s biggest charitable partners. As a “fully vegetarian” charity, it has turned down the opportunity to work with sustainable meat businesses who wanted to partner it.

“It’s right that WWF protects that integrity, and we can help make sure that their brand finds an alternative that is a better fit,” she says.

After being reliant on Williams tapping up brand-side contacts to bring in new business, in the past few years, Good-Loop has made inroads into media agencies, which, she says, were wary of “this warm, fuzzy charity thing when they have performance metrics to hit”. 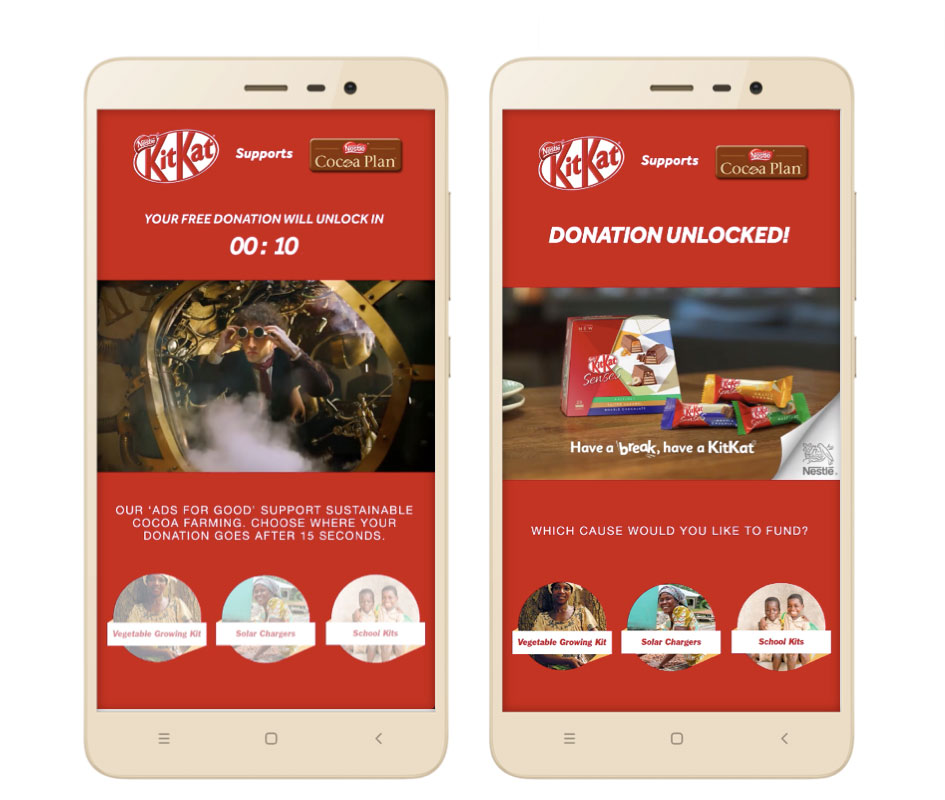 Williams tells how after winning a competition to work on a KitKat campaign with Zenith, Good-Loop was able to build a deeper relationship with the agency. Zenith was recently reappointed to the Nestlé business.

“Really the true prize of that achievement was that it got us into Zenith, and it proved to them that we knew our shit and we deliver good results.”  Now, the agency is one of Good-Loop’s biggest customers and has used its platform for its other clients besides Nestlé.

Good-Loop now has its eye on US growth. It plans to set up an office there in 2022, with US business accounting for 48% of its revenue.

The other priority, Williams says, is looking at the area of sustainable adtech. This push includes products such as the green ad tag and the carbon calculator and making sure brands' efforts on diversity and inclusion are reflected in their ad buying and not accidentally preventing their media spend from supporting LGBTQ+ content through block lists.

But while there is a busy pipeline of innovations in the offing, the core product is still key.

Williams concludes: “At the very heart of this is this simple ad format that helps consumers use their eyeballs and their attention to do a little bit of good in collaboration with advertisers and that will never change.”

Adidas bares all and I can’t bear to look