To clarify, as part of Asia’s Top 1000 Brands survey we asked consumers in Indonesia a separate question:

Last year we dove into why Indomie and Indofoods have such affinity with Indonesian consumers.  Meanwhile, Gojek’s rise has been well-documented, and we will explore its latest food-delivery battle with rival Grab in a separate story to be published soon.

Most interesting in the local category this year were the big gains made by just few brands which we’ll focus on: Wardah (+7), Telkomsel (+45), Tokopedia (+15) and Eiger (+27). Honourable mention here goes to home electronics maker Polytron (+6), which potentially benefitted from the pandemic preoccupation with home leisure activities.

Yet in the same vein, one would expect local kitchen appliance brand Maspion to be a winner this year like many appliance brands during the pandemic. Instead, the brand (which is also attached to many other businesses in the Maspion Group conglomerate) slid by 12 positions, alongside fuel seller Pertamina, which did the same. Other local decliners in this category were handset maker Advan (-9), water brand Aqua (-4) and airline Garuda (-4).

No slowing down for Wardah

The rise of halal cosmetics brand Wardah from its inception in 1995 has been a well-known success story for many years, catering to the needs of Indonesia’s Muslim majority. But few expected Wardah to proceed to take over the entire market and supplant global giants as the number one cosmetics brand in Indonesia overall—and an international brand in its own right.

“Wardah has been very smart with their positioning from the start,” says Bayu Asmara, an independent Jakarta-based brand consultant who leads DKK Consulting. “They started out focusing on the Muslim market, and riding on the rise of the hijabers community with their focus on being a halal product. But they’ve never gone too far as to alienate the non-Muslim or non-hijab wearing market. They have been very smart in their marketing, always making sure that in every communication, there is always one person not wearing a hijab,” he points out. 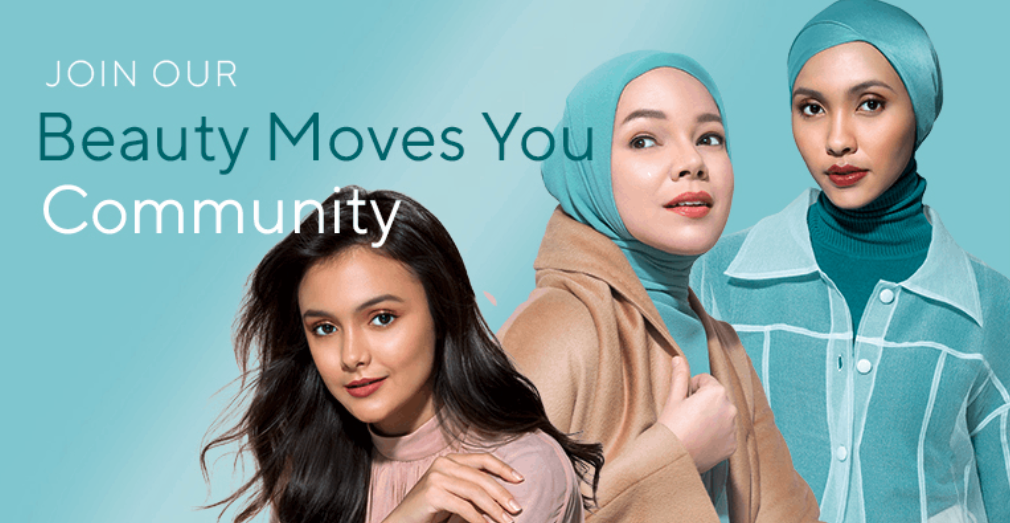 
“Wardah has developed a more inclusive position and has become a brand for wider, general market,” agrees Janoe Arijanto, senior advisor at Dentsu Indonesia and former CEO of Dentsu One.

Marcellyna Citra, business development leader of BrandWorks Jakarta, explains this comes from actively listening to what the market needs: “Over the years the brand has been adding more SKUs to its product list while maintaining its quality, price and brand values, something that many brands struggle with,” she says. In an example of how Wardah is staying in tune with the latest consumer insights and trends, Citra points to Wardah’s online ‘virtual try on’ feature where consumers can upload photos and virtually try the products before making the online purchase.

Prami Rachmiadi, growth partner at Mindshare Indonesia, notes how Wardah has invested in ecommerce partnerships with seamless online paths to purchase in place. Its marketing communications also use high-quality marketing imagery while striking local chords. Combined, these strategies have solidified Wardah’s reputation as a brand that hits all the right notes to remain relevant, accountable, convenient and affordable, Rachmiadi says.

Meanwhile Wardah’s origins around providing “modest makeup” for Muslim women has also resonated during the pandemic, says Asmara. Not only are more people focusing on personal care and self-improvement under Covid, but also more middle and upper-class women have adopted more toned-down makeup styles under Covid, when many social and professional interactions with others are taking place over video calls, he says.

The biggest gainer in the local brand category this year was Telkomsel, jumping 45 spots in the local rankings to place in the top 10. Indonesia’s top mobile and Internet service provider underwent a major rebranding in June, making its communications and logos more colourful and vibrant, tapping local culture and heritage in batik imagery while positioning itself as an enabler of new economy businesses and Indonesia’s next generation of talent.

This rebranding happened after our survey was taken, but as Dentsu’s Arijanto points out, Telkomsel has long fostered many of these same elements, positioning their brand nationalistically, regenerating by developing new content with millennials and Gen Z in mind including gaming, music and video offerings, while partnering with other content and technology providers. (Admittedly Telkomsel did hold up Netflix’s emergence for awhile but ultimately unblocked the service last year.)

Rachmiadi and Asmara, however, both believe Telkomsel still largely benefits from being the biggest, widest and most consistent Internet service provider with trusted connectivity.

“For many areas in Indonesia, Telkomsel is the only reliable choice,” Asmara says. “I also see this as a result of the declining communication efforts of other competitors as well. I have not seen a real push by Indosat or XL Axiata lately.”

After the Netflix debacle, Telkomsel kept itself away from reputation stumbles this year, Asmara says, and in fact earned public appreciation for contributing to efforts to contain the pandemic.

He also says its move earlier this year to invest $300 million into Gojek has positioned Telkomsel favourably as a provider trying to be at the forefront of technology.

A big year for Tokopedia

Telkomsel invested in Gojek just as the latter consummated its merger with Tokopedia, forming the GoTo Group. While Tokopedia was another local brand winner in our survey, rising 15 spots, it’s too early to attribute this to the merger itself, say observers.

The merger has strengthened each others’ brand positions and reputation in the market, giving them an enormous shared customer database. Yet as Asmara points out, there have been few synergies identifiable to consumers since the merger aside from the occasional promo for Gojek delivery in Tokopedia. 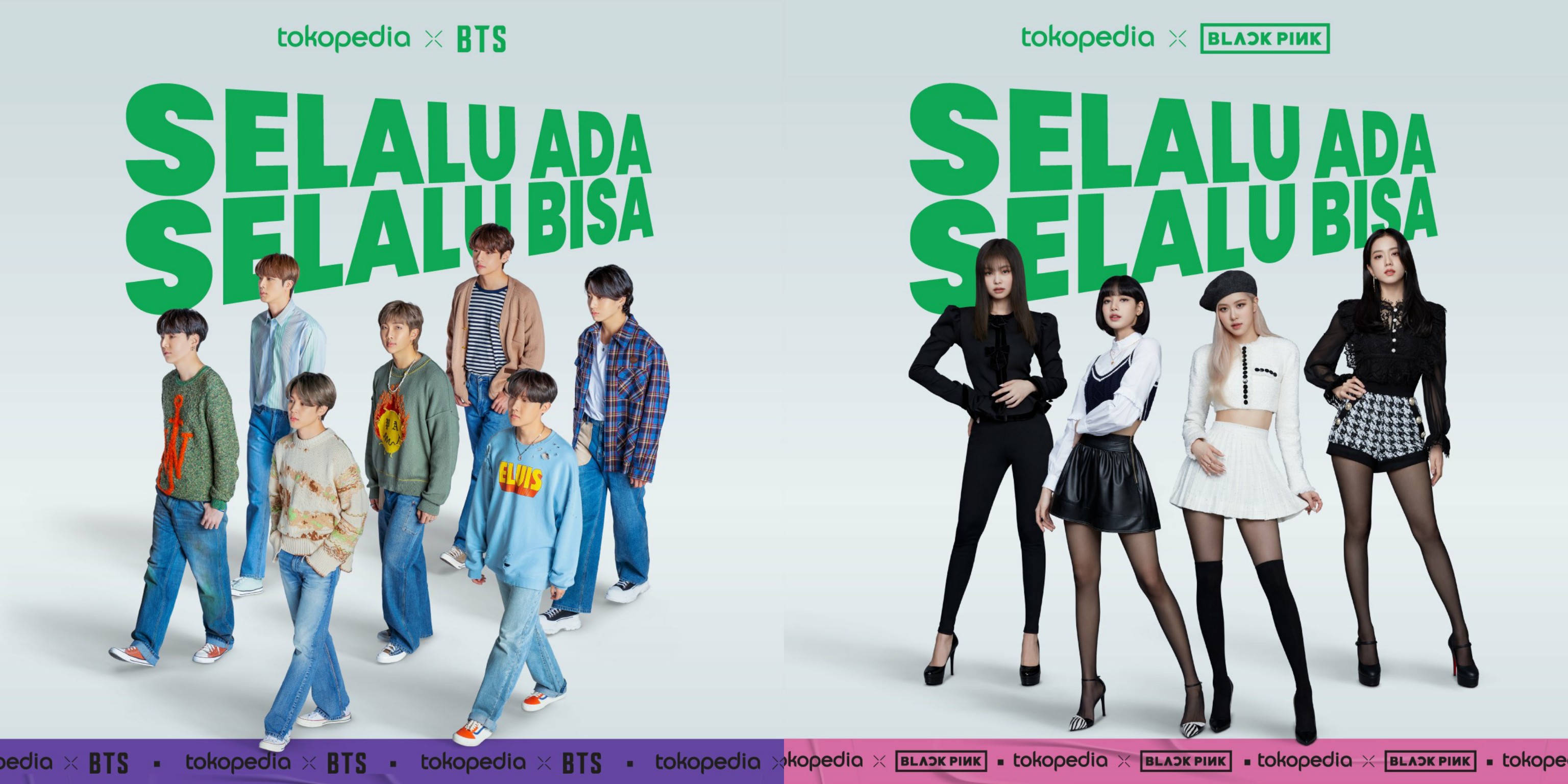 Instead, Asmara attributes Tokopedia's gains to its reliability as go-to place for online shopping when Indonesians during the pandemic. Plus, Tokopedia’s consistent use of K-culture in marketing continues to cement its popularity, he says.

Another local brand that has climbed quickly (up 27 spots) to settle in right behind Tokopedia as an Indonesian favourite, is outdoor adventure company Eiger, which sells hiking equipment, tents, backpacks, outerwear and more. Observers credit the company with being able to seize the moment of opportunity brought about by the pandemic.

“Outdoor activities have been favoured by many people in Indonesia over the past year,” says Citra. “The lockdown brought barriers for people to go somewhere far, and as a result, people are more likely to explore nature that surrounds them. With the rising demand of outdoor activities, comes the rising demand for apparel and accessories that serve the function. Eiger’s competitive pricing points, compared to its foreign brand competitors is also a reason for the brand’s high awareness in the past year.”

As a retail business, Arijanto and Rachmiadi say Eiger has been highly strategic in expanding its outlets, then migrated online to give its users an easier way to buy its goods, timed well for when Covid struck. What has been key, they say, is the time Eiger invests in relevant community groups who form a large part of its user base. 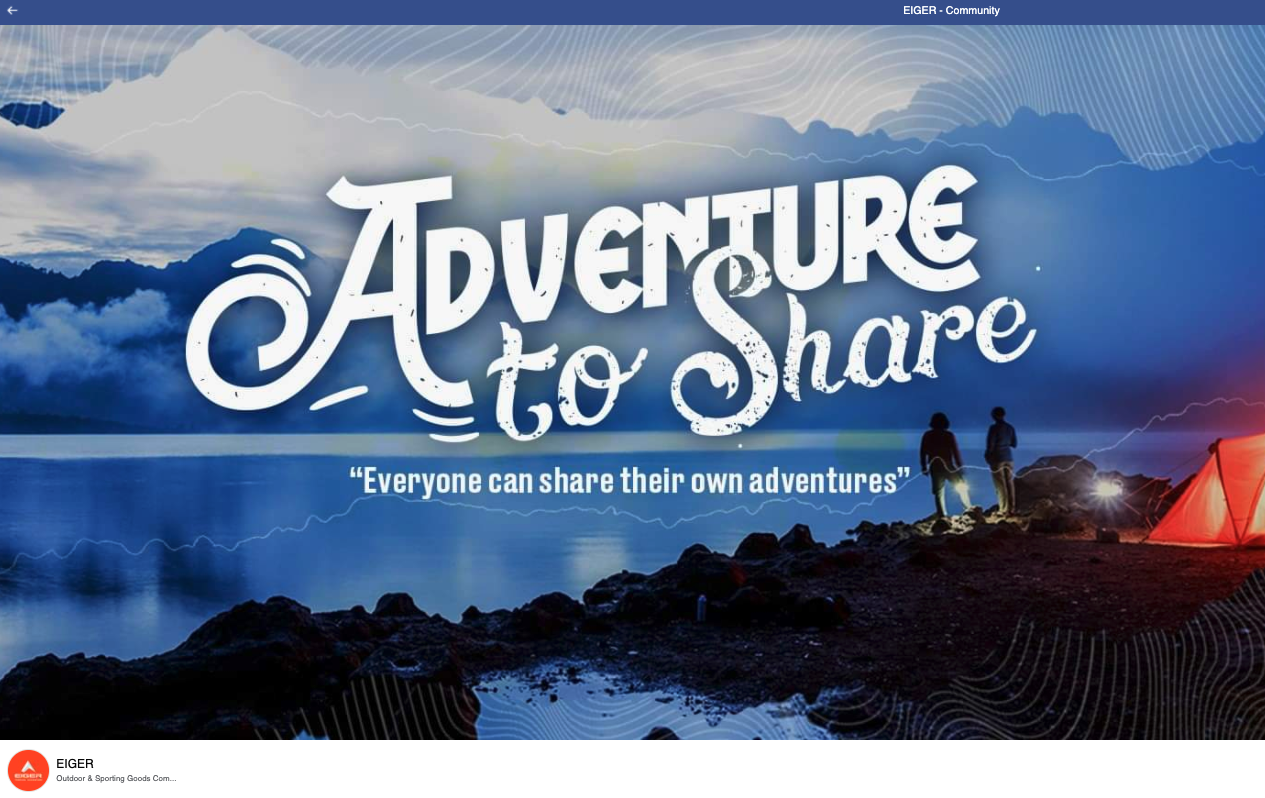 
Eiger’s social-media involvement with the outdoor enthusiast community misfired earlier this year, garnering some negative press after it critiqued the video quality of a local product reviewer on YouTube, despite largely positive reviews of its products. The issue was a hot topic for several days, and the CEO eventually apologised.

Consumers, however, have much to like about Eiger, says Asmara, who owns several of their products himself. “They are just very well known for being extremely durable, while also being relatively affordable. They may be rising because as people's budgets tighten they start looking for high-quality affordable brands.  And being a local brand, similar to Wardah, is also a big plus.”