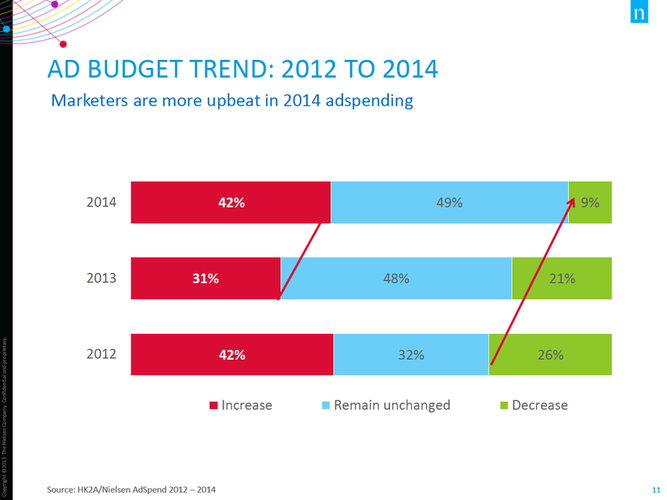 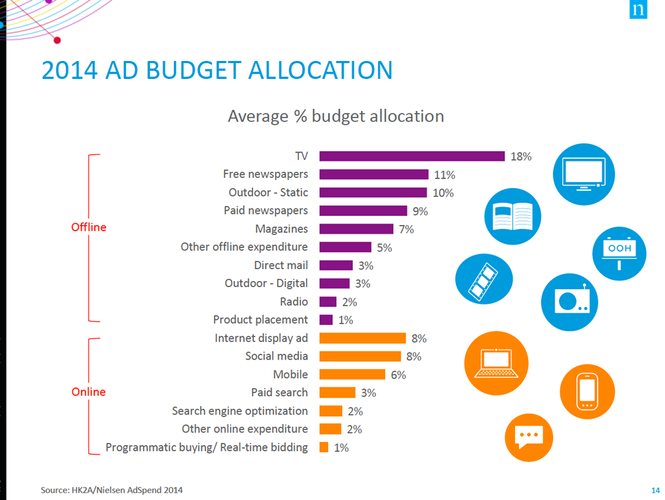 Wanda Gill (pictured), vice president of Watch with Nielsen Hong Kong, shared the findings with more than 200 marketers and agency executives at a luncheon in Hong Kong yesterday.

“Digital and online advertising is growing in importance in the marketing and media mix,” said Gill, “marketers will need the support of advertising and media agencies to deliver optimal integrated solutions across offline and online media and they need better tools to gauge return on investment.”

The survey highlights that social media, online video advertising and mobile apps remain the hottest trends. At the same time, 17 per cent of marketers are considering an increase in TV spending with the city's new free TV entrants.

“While some marketers will provide additional funding to support digital marketing, the shift to digital will be more at the expense of the print media relative to other conventional advertising or marketing channels,” added Gill.

Here are some highlights from the survey:

The survey covered various commercial sectors including top-spending advertisers and concentrated on both their planned advertising spending and business focuses in 2014. The survey enters the 15th consecutive year in 2014 and is HK2A’s annual endeavour. Around 100 self-administered online questionnaires were received from key advertisers and screened for final analysis from 3 January to 6 February.