You only need to look at the majority of male-oriented fashion and grooming ads today to see that brands continue to promote an unrealistic ideal of what it means to be a man. The dominant message for young men still originates from the strong, silent cliché of the 1970s: athletic prowess, washboard abs, sculpted jawline, smart, strong, and never vulnerable.

The problem is, a lot of young men don't identify or aspire to those narrow stereotypes. A study conducted in partnership with Dove found that only 7% of men worldwide can relate to depictions of masculinity they see in media.

While many female-targeted brands have made significant strides to (rightly) shatter outdated stereotypes, and empower women to embrace their physical differences as part of their overall individuality – can the same be said for men? Where is the same war cry for men who do not fit the stereotypical male image?

"I have nothing against chiselled jaws, washboard abs, athletic prowess, or men being sharp, smart, or strong in advertising, as long as double chins, dad bods and being unexceptional are equally represented," says Simon Lee, chief creative officer and partner at independent creative agency The Hallway.

"It’s about reflecting men as they really are and the world as we want it to be," adds Lee. "And most importantly ensuring that all men and boys – whatever their physical appearance or background – see vulnerability, experiencing emotion and talking about their feelings as being a normal healthy part of being a man. Will this ever change? It will if we all change it, so what are we waiting for?"

Last year, Lee and his team at The Hallway worked on one of the most significant campaigns to challenge traditional masculine stereotypes Australia has seen.

The main campaign film reworked the iconic song 'Boys Do Cry' by The Cure into an award winning men's mental health campaign that encourages men to challenge traditional masculine stereotypes, reach out to those around them, check in with their mates, and – at a time when 75% of all suicides are by males – reinforces the message that connecting and opening up is not just healthy – it can be the difference between living and dying.

"The Boys Do Cry campaign was refreshing in the sense that we were able to focus on one goal and one goal only: shattering the suffocating mould of traditional masculinity," says Lee. "I really do hope that the campaign opens the doors to a broader multi-faceted portrayal of what it is to be a man."

For Lee and the rest of the team at The Hallway, Boys Do Cry was just the start of the journey as they are now actively seeking traditionally male brands to partner with in helping to shape a new healthier and happier masculinity. Have brands failed to keep up with the changing face of masculinity?

Fernando Desouches is the managing director of New Macho, a division of independent agency BBD Perfect Storm that was set up in 2018 to help brands develop a relevant narrative in a society where men’s beliefs, values and perspectives are fundamentally changing.

"What is deemed aspirational for men today is still very narrow and materialistic," says Desouches. "You need to be the breadwinner, get laid by a certain age, get married, have that degree, that car; it's a never ending story where masculinity is defined by what men have, how they look, and not much for who they are."

Desouches and his team did a survey across 10 countries talking to 3,500 guys, and found that men were mostly 'performing' masculinity and not living it. Therefore, they were performing who they are.

"At New Macho we try to work with brands to hack the system by opening up the definition of success, with the aim of relaxing the pressure that men are feeling."

Desouches believes men are misrepresented in media and that we don't have the diversity we need to have.

"I remember being at a conference on gender stereotypes and hearing the phrase 'we need to disempower men'. But if men are performing who they are and not living who they are, what is the power they have if they're giving their power away? But now I think slowly but surely the industry is ready. Many don't know yet how to do it, but they understand that we cannot exclude men in the discussion of gender equality or gender inclusion."

To help craft a new positive male narrative that is less narrow and cliched, New Macho work with brands to change the emotional space that brands use in a way that better serves men and society.

"For example, we worked for Dove Men+Care," says Desouches. "Dove Men+Care care is a brand where the emotional space is about self-care. And we realised, of course, that men don't usually do great amounts of self-care, which affects not just their mental health, but also their physical health and the world around them. So we tried to understand, okay, why? And found many men don't practice self-care because it's either seen as a feminine trait or a self-indulgence."

But Desouches and his team found that men do care a lot. It’s just that their families come first and, as a result, their own physical and mental wellbeing is secondary.

“We found out that the more men care for themselves, not just physically, but also socially and emotionally, the more they care for others. So with that data, we can launched a campaign that said caring for others, it starts by caring for you. 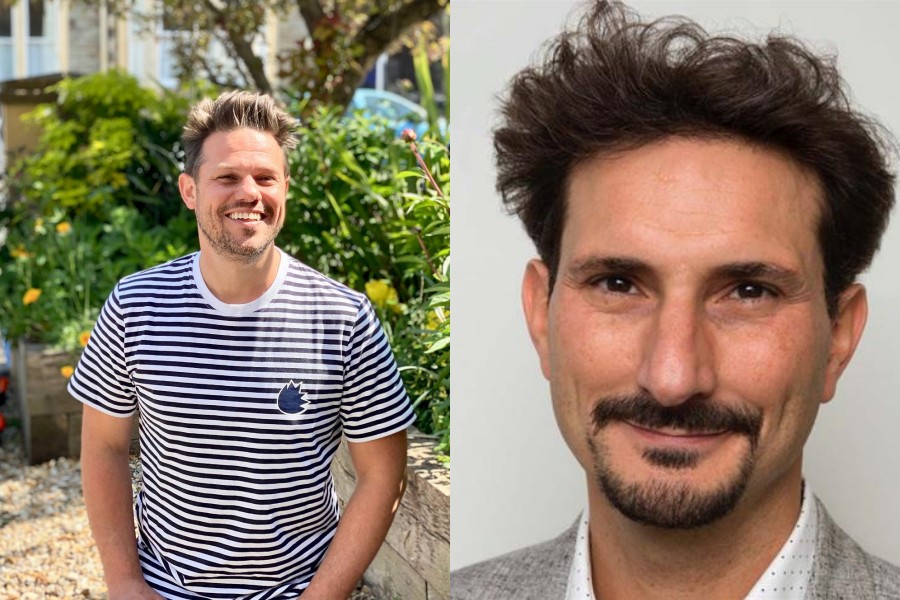 'Ladverts' and changing the narrative

Some may argue that there's less need to challenge male stereotypes, as we still live in a patriarchal society, in which men still overwhelmingly benefit.

But this conflicts with growing reports that, across the developed world, men are in crisis, uncertain of their identity and struggling to find their place in society. And there are worrying statistics around male mental health, body image issues, and the rise in male eating disorders.

Far from the 'aspirational' picture that adland still likes to paint, there is a growing number of young boys and men who don’t feel physically able, who struggle with their identity and their masculinity, who will never relate to the unattainable standard still being peddled by the media, and as a result feel ignored by the very brands who claim to represent them.

"Lazy stereotyping does exist all around and on all platforms, not just advertising," says Jonathan Emmins, founder and global CEO of Amplify. "We still see an often-outdated male stereotype with strict traditional gender responsibilities cropping up in films and video games. But brands are making progress."

Amplify recently carried out a survey of young men across the UK and asked survey respondents about the brands that best represent modern masculinity – Nike and Lynx topped the list.

"In recent years, Nike has harnessed its powerful cultural relevance to use its platform to challenge the narrative around gender in sport," says Emmins. "In particular, its Play New campaign gives traditional tropes of masculinity a literal kicking, with a talking football spouting macho clichés including ‘nice guys finish last’ firmly booted away by England and Manchester United player and activist Marcus Rashford. Lynx too has taken massive strides away from ‘ladverts’ by choosing progressive role models to champion a more inclusive view of attractiveness." Should brands be doing more?

The pace of change that we see is different for each market, but overall the industry has been slower to challenge masculine stereotypes. Should adland be taking more responsibility?

"Globally, there is a big job to better reflect men in their many forms," says Keith Byrne, director of business & creative for Digitas APAC.

"There have been some efforts by major brands. The New Axe Effect and Gillette’s The Best Men Can Be immediately come to mind, but these are somewhat token efforts in a sea of advertising that follows traditional masculine tropes. Those campaigns were also created in Western markets, so somewhat reflect the evolving culture of that market."

Regardless of where in the world they are, Emmins of Amplify believes that for brands to build more authentic connections with the next generation and ensure that they see themselves represented, they need to take a diverse and inclusive approach to their depiction of masculinity, rather than perpetuating harmful stereotypes.

"From choosing more progressive role models to creating a dialogue around positive masculinity, brands and advertisers can promote a more diverse view and reject traditional definitions that don’t align with what masculinity means to today’s consumer," says Emmins.

As a father of two young boys, Byrne sees very clearly how advertising has the power to shape a person’s perception of themself compared to others.

"I personally believe that brands and advertising agencies should take more responsibility for the images they portray. Good, effective advertising is real and authentic, so brands and agencies will actually benefit from a more realistic portrayal of masculinity."

Is Chinese masculinity in crisis or an opportunity ...

"What about poor men?" Cannes panel gets stuck into ...

We need to talk about men