Burger King has once again found a fun way to troll its competitors, by turning ‘For Rent’ signs into playful jabs.

In partnership with David São Paulo and David Madrid, the burger giant revamped ‘For Rent’ signs in buildings adjacent to (or in some cases, above) its competitors, with phrases such as, "Neighbor never grills. Ever." and "BBQ smoke-free tenant below."

This hammers home the point that Burger King does, in fact, flame-grill its burgers. 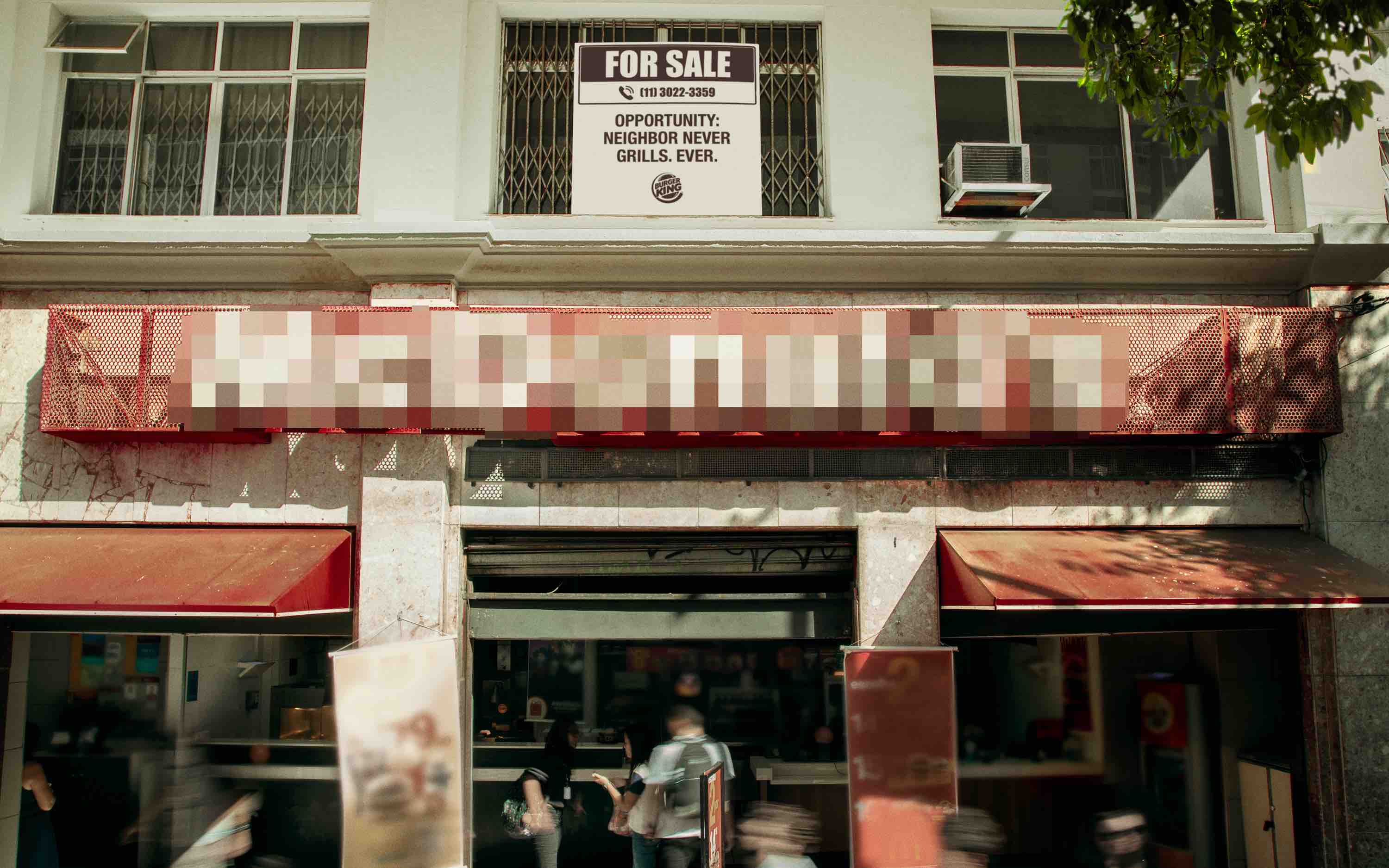 The signs were deployed in Rio de Janeiro and São Paulo in Brazil, where the best locations for the campaign were found.

In one building, a contact number is listed which when called gives the following message: "When picking an apartment, no one really wants annoying smoke: that's why it's great to have a neighbor who doesn't barbecue. But when your stomach growls, a flame-grilled patty on a Burger King sandwich makes a heck of a difference."

From there, folks actually looking to get their real estate on are directed to the actual seller, while everyone else is directed to Burger King.

"Everyone just loves flame-grilled barbecued meat, but not everyone likes to have a barbecuing neighbor. With the 'Best Neighbor' campaign we help these people, highlighting one of the features that sets BK apart as a brand without losing our sense of humor," says Rafael Donato, creative VP for David.