The seven members of BTS do their thing in a stair-filled environment in a new campaign for Philippines telco Smart Communications.

The brand proves that it lives up to its name by hiring one of the world's most popular acts and then giving fans what they want: ample shots of the much-adored septet busting moves to a soundtrack of two of its top hits. It's not complicated. We don't need to analyse it.

But if you must know, the video is entitled 'Live your passion with purpose”. The brand says the sets are inspired by Penrose Stairs (popularised in the art of MC Escher), which are intended to symbolise defying impossible situations. 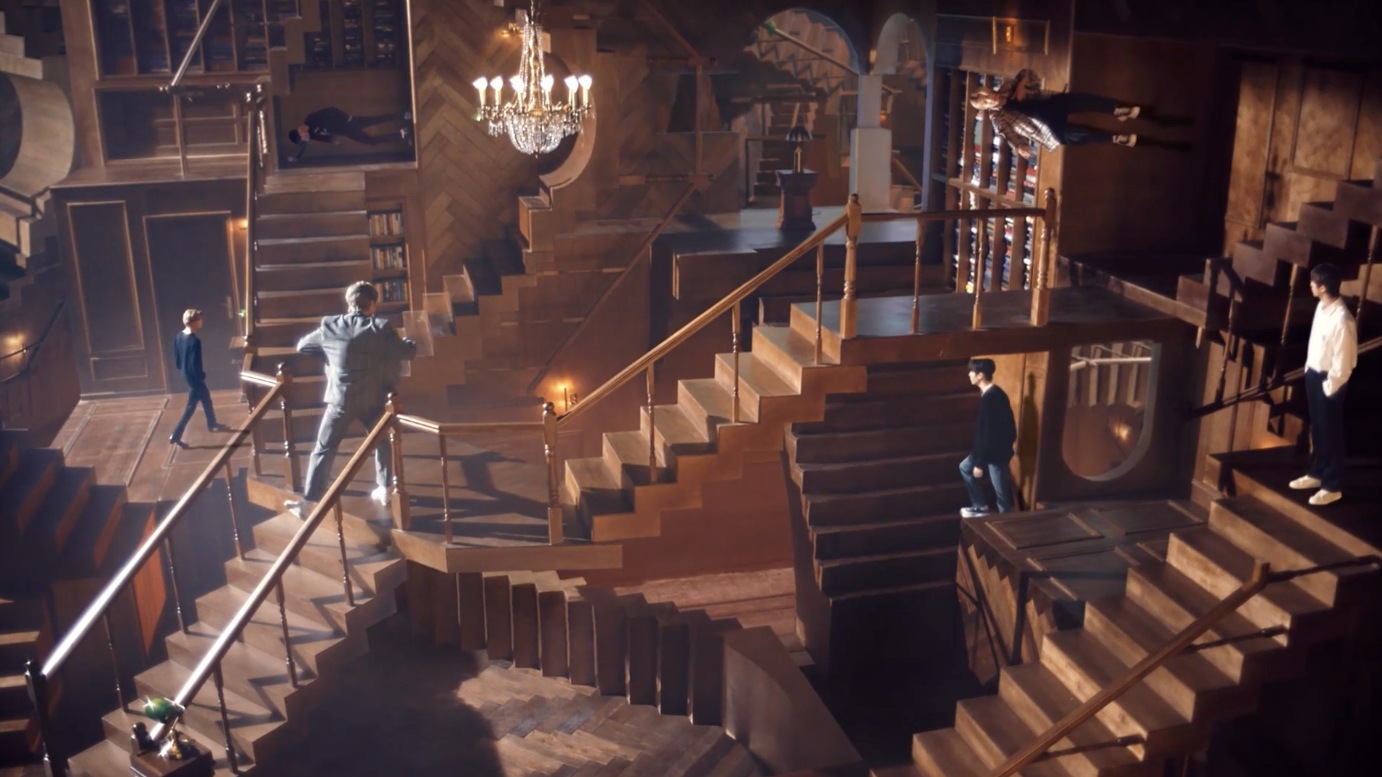 Therefore Jung Kook appears on a staircase that looks like the entrance to a recording studio ('Keep inspiring'), RM opens a book ('Keep learning'), J-hope dances in a disco set ('Keep moving'), Jin walks up a garden stairway ('Keep chasing your dreams'), V appears on train-station escalator ('Keep exploring'), Suga appears in a musical set ('Keep living your purpose') and Jimin is seen in a building’s fire exit ('Keep connecting').

Ad Nut submits to you that some of the above pairings make very little sense. But again, if you're thinking about this at all, you're doing it wrong. Just watch the lovely boys dance. And buy Smart Prepaid.

The film was shot in Seoul under lead agency Dentsu Jayme Syfu. It amassed more than 10 million views in the three days following its release on April 22, the brand reports.