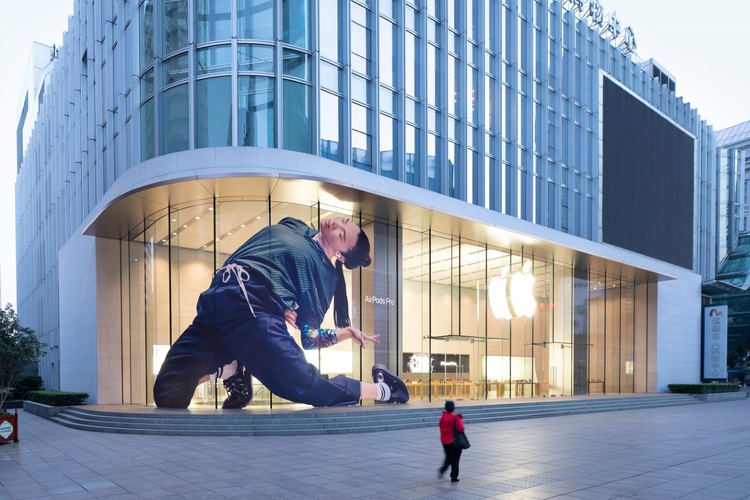 Unbranded giant images of gyrating people appeared at Apple locations and outdoor spots in various cities around the world recently. But only on the official launch day for the AirPods Pro* did Apple's newest product appear in their ears, along with branding.

* Yes, "AirPods Pro" is the actual name. Ad Nut will be interested to see whether Apple holds enough brand power to force people to say the awkward but official name instead of the more natural "AirPod Pros".

Apple to China on creative exploration: 'What's the ...