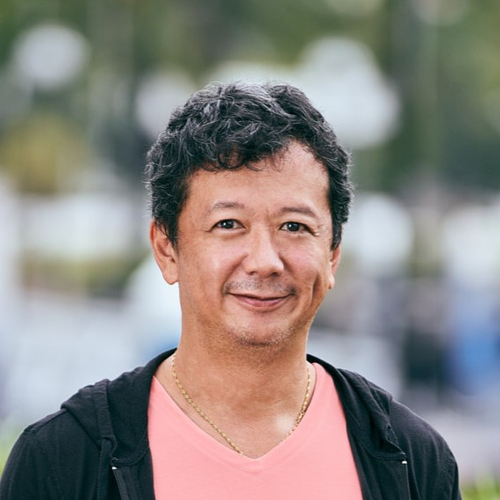 Lion & Lion Malaysia has appointed Desmond Ho as group director of creative and digital experience. Based in Kuala Lumpur, Ho brings with 19 years of in-house and agency experience. His appointment is part of Lion & Lion’s growth plan to expand digital offerings and new technologies, especially with regards to web3 and social media. Ho will report to regional chief creative officer Cheelip Ong.

Elan Group has appointed Pallavi Mohan to head marketing and communications. In her new role, she will lead the marketing and public relations for the real estate developer. Mohan’s last full-time role was with DLF from January 2017 to May 2020, where she was general manager. After that, she worked as a consultant with multiple companies.

AnyMind Group has opened a branch office in Shenzhen, China. Ben Chien, AnyMind Group’s managing director of Greater China, will oversee the Shenzhen office and lead the team there. The company will initially roll out its offerings for mobile app publishers, including the AnyManager platform. It will subsequently provide a broader suite of its tools and solutions to enterprises, publishers and content creators in the region, from ecommerce to influencer marketing and more once integrations with local platforms have been established. The company will also provide immediate support for enterprises and publishers in mainland China looking to expand overseas.

ShopBack has appointed Alessio Romeni as its managing director, commercial for the group. Based in Singapore, Romeni will be responsible for spearheading merchant-solutions, revenue-generation, and pricing initiatives in the group's online affiliates space regionally. Prior to this, he was the chief revenue officer at Zalora.

Thought Blurb Communications has promoted Renu Somani to national creative director. Somani will manage the creative product of the company in Mumbai and Kochi and oversee a team of creatives in these cities. Somani holds more than 18 years of experience at agencies including Ambience Publicis, McCann Erickson, and Saatchi & Saatchi.

Carat has won the media mandate for TimesPro, higher-edtech initiative from the Times of India Group. The account was won following a multi-agency pitch and will be serviced from the agency’s Mumbai office. As per the mandate, the agency will manage the omnichannel media services for TimesPro.

Wavemaker India has appointed Vishal Jacob as the chief transformation officer, in addition to his existing role of chief digital officer. In this extended role, Jacob will work with office heads and business leads to structure and create diverse skillsets within business teams to manage current and future business requirements. He will also work along with practice leads to break silos and create more cross functional teams to deliver unified solutions to clients, one of Wavemaker’s key focus areas. He will also work on strengthening existing capabilities beyond digital and incubate new ones that will make Wavemaker future ready for the challenges ahead.

WE Communications has appointed Neil Harris as its creative director. In this new role, Harris will be responsible for overseeing WE’s creative and studio offering in Australia and contribute to the next chapter of growth for the growing communications agency. Most recently the creative lead at health-tech platform Mable, Harris brings 25 years’ experience as a creative thinker and copywriter. He has held creative leadership positions at WiTH Collective, DDB and Clemenger BBDO, working with brands such as HP, Telstra, Foxtel, Vinnies and VW. Harris will work with Mike Nikotin, associate creative director, and a studio team of animators, designers, video editors and producers, to create brand campaigns that combine data, content and digital.

Amadeus, a travel technology company, has awarded its India integrated communications mandate to Zeno Group. The agency will be tasked with delivering an integrated communications remit that includes working closely with the brand to enhance its reputation, media relations, digital strategy, and social media marketing. The emphasis will be on creative storytelling across corporate, technology & innovation, and employer branding practices.

Hobbs Holdings, the master franchisor of Canadian 2 for 1 Pizza in Singapore has appointed Grow Public Relations to develop content to revitalise brand communications to consumers for a period of six months. Grow Public Relations will undertake initiatives that include launching Canadian 2 for 1's “The Impossible™ Pizza” and accompanying meat-free offerings, sustainability initiatives, and announce various collaborations with the public and private sectors.

Hotwire Australia, the regional arm of the tech communications consultancy, has announced it has expanded its roster of clients with a series of wins. New client work includes programs with Endava, Sennheiser, Vistar Media and user-generated software maker Bazaarvoice.

Ecommerce automation firm, Graas, has appointed five senior key hires in Southeast Asia and India. Nathalie Pellegrini, as chief growth officer will be primarily responsible for developing new relationships with brands and agency partners, optimising business models and processes. Her previous role was chief performance officer at Mindshare Asia Pacific, and has had stints at iFlix and Blis Global before that. Other key hires include Ujjwal Sarao as chief people officer. Her past HR leadership roles include companies like Aegis Media, Dentsu and Publicis. Trisnia Anchali Kardia has joined as VP, head of business for Graas in Indonesia. She was previously the chief commercial officer of LINE Indonesia, and prior to that had stints at Zomato Indonesia, and Telkomsel Digital Advertising. Rika Ninomiya, who was chief business officer at SELLinALL (now acquired by Graas) has been appointed as EVP product marketing. Lastly, Sathya Ramaganapathy has been appointed as EVP Marketing. She was previously VP marketing at Shoptimize (now acquired by Graas). A veteran in B2B product marketing and SaaS product management, Ramaganapathy will spearhead Graas’ brand as well as global marketing and communications strategy.

Essence has been awarded integrated media duties for smart short-distance transportation and robotics company Segway-Ninebot in China. Led out of Essence’s Beijing and Shanghai offices, the agency’s scope of work includes strategy, creative, content innovation, media planning and media activation for all of Segway-Ninebot’s products in the market. Essence’s first initiatives with Segway-Ninebot include the launch of an integrated brand campaign and tagline, as well as a partnership with Chinese celebrity Jackson Yee.

TotallyAwesome has appointed Tom Simpson as non-executive chair.  Simpson, who will be based in Singapore, will work closely with the leadership team. He brings more than 18 years of industry experience, most recently as SVP APAC with AdColony. He is also currently a board member of the Mobile Marketing Association APAC and a strategic advisor to Anzu.io, an in-game mobile advertising company.

The Mavericks India is now the official PR and communications partner of Boheco, an Indian industrial hemp and medical cannabis company.

H+, the new digital group offering from Hakuhodo and D.A.Consortium (DAC), has appointed Joe Nguyễn and Stephen Li as senior strategic advisors. Both have already begun to work closely with the senior leadership team at Hakuhodo and DAC to define the vision, position, and implementation of H+ group and their constituent companies across the region. Nguyễn is the managing director of VieOn and former regional head of ComScore who is now based in Ho Chi Minh City. Li, based in Singapore, has 20 years of client and agency leadership experience including former APAC CEO roles at OMD and MEC (now Wavemaker).

Havas Group’s specialist entertainment communications agency Organic Pacific has secured a slew of client wins. The Sydney-based operation launched last year has been appointed by Universal Pictures Content Group to partner on Lee Kernaghan: The Boy from the Bush and Reef: Stalked, BMG Records collaborating on the multiverse of Future/Never experiences from Daniel Johns, Every Cloud Productions for an unannounced unit publicity project, Moving Story to promote their annual calendar of film festivals, Black Pearl Productions to manage the social media strategy for Bosch & Rockit and Greenlight Productions for Straya and Ever After. Organic has also been engaged by The Alliance Francaise Film Festival for the second year running.

Digital branding agency Bonsey Jaden and CUE Group have appointed Marvin Duval as head of strategy. Duval assumes the role with well-rounded experience beginning in the mid-2000s. Having previously handled communications, media, and consultancy in Asia and Europe; he boasts of brand campaign credits with big names such as Tommy Hilfiger, Nestle, and FrieslandCampina, among others.

Media agency Initiative appoints Carolyn Maloney in the role of director, people and culture. Previously, she held a similar profile at Atomic 212 and several senior people roles at OMD & PHD before that. Maloney’s immediate remit is to create industry-leading people policies, engage, grow and retain the best talent across the agency plus partner with national head of employee experience, Elyse Foley, to develop and implement a new game-changing Employee Experience Program across the media agency. Maloney will report directly to CEO Melissa Fein.

Magnite hires Priyanka Bajaj as head, demand facilitation in Asia. Bajaj joins Magnite from AdColony (a Digital Turbine company), where she was instrumental in building APAC brand sales. In the current profile, Bajaj will be responsible for building the team, with a focus on developing key strategic demand-side relationships with media agencies, DSPs and buyers in the region and driving accelerated growth.